The best things to do in Madrid

The Spanish capital's provision of high culture, gorgeously manicured green spaces and fantastic food and drink makes it one of Europe's most enthralling cities

1. Pay homage to the masters at the Prado 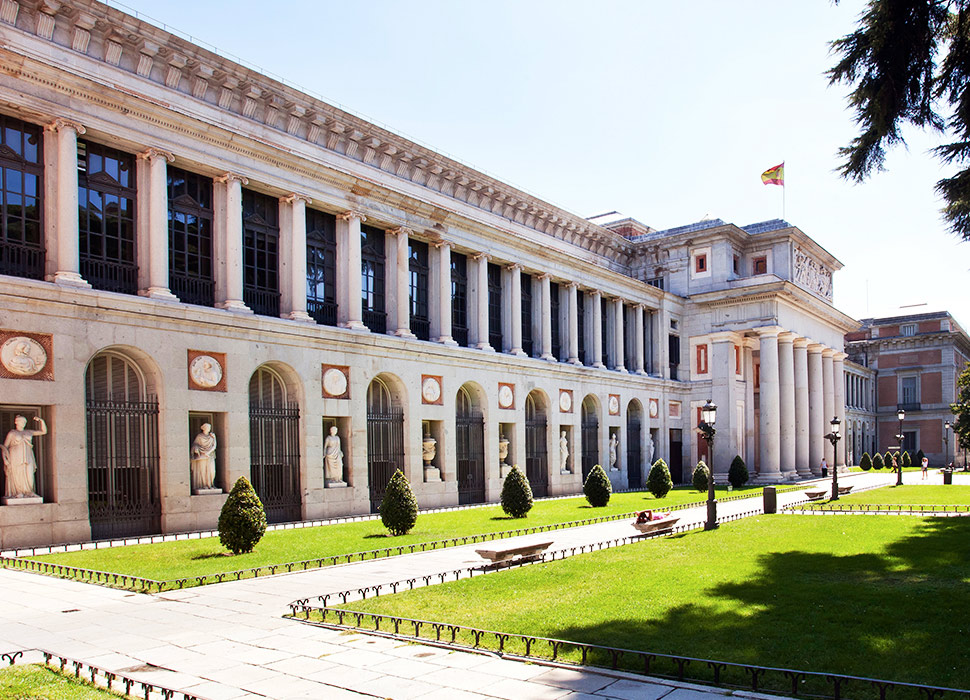 Some of the art world's biggest guns are housed in Madrid's best museum / Image: Alamy

There are art galleries, and then there’s the Prado. This vast collection bristles with top-flight international works from big hitters like Titian, Rembrandt and Caravaggio, but the real stars here are the pre-1800 Spaniards like Diego Velázquez (he of the huge court paintings of Philip IV and entourage) and local lad Francisco Goya (that one of Saturn eating his baby). If you dig creepy art like that, you’re in for a treat – the Prado also hosts the biggest collection anywhere of work by Hieronymus Bosch, among countless other earthly delights.

2. Munch your way around Vallehermoso Market 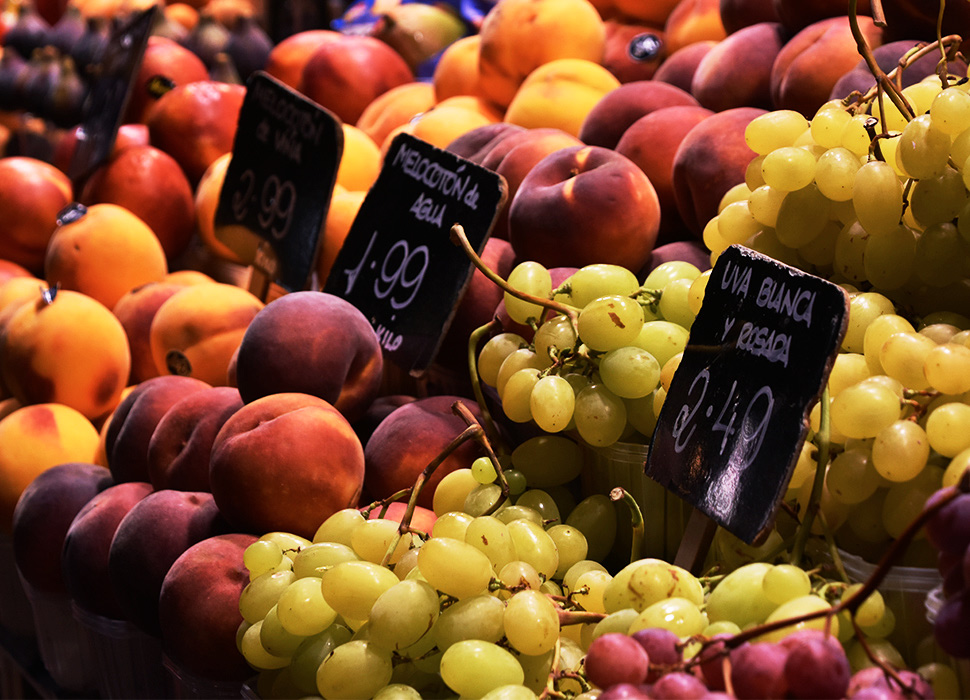 This sprawling 1930s market hall was abandoned for decades before a squad of local visionaries decided to jump on the international food market bandwagon and cook up something special. Over 60 stalls flogging the best locally grown produce rub shoulders with 22 full-on food vendors who’ll dole out anything from a posh scotch egg to Korean ribs, snails or ceviche. This all happens in a busy, bustling hub with plenty of stools to park yourself on and take stock over a craft beer. 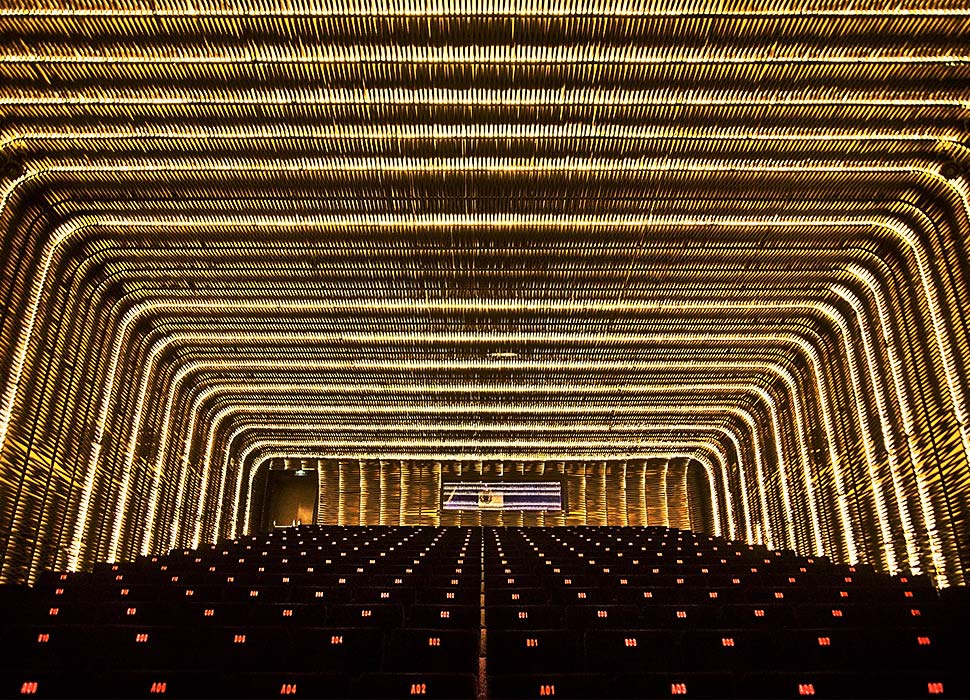 Believe it or not, this handsome structure of in the neo-mudéjar style – which means Moorish revival, pretty much – was once a blood-spattered abattoir. After a long spell of unloved abandonment, it’s recently been spruced up and turned into a multipurpose cultural centre, Matadero Madrid. There are constant rolling art exhibitions, installations, dance events and a big fun play area aimed (mostly) at kids. More? Well, there's the country’s only non-fiction-focused cinema, a design centre and a reading room. Meat you there. 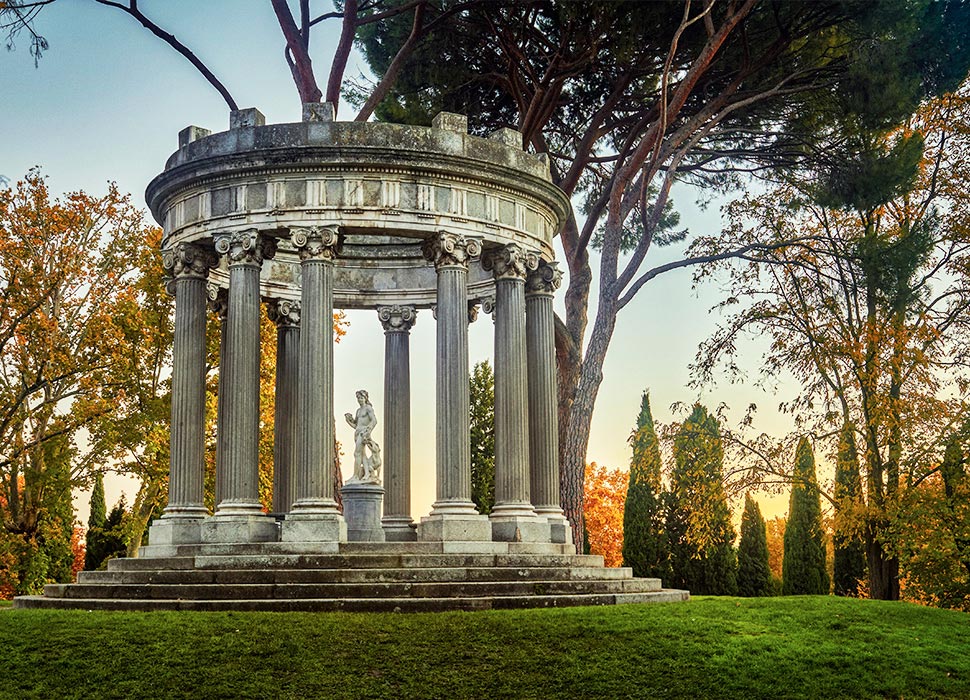 Get an eyeful of classical landscaping at this perfect park / Image: Alamy

Literally meaning ‘the folly’, El Capricho park was commissioned by the Duchess of Osuna in the 1780s, reflecting the contemporary English Romantic trend for landscapes dotted with random, ersatz-historical structures (in this case the charming facsimile temples). Woods, rivers and an artificial lake were installed to help the Duchess unwind and reflect as she perambulated a layout largely designed by Marie Antoinette’s old gardener. It well deserves its rep as one of the most beautiful and beguiling green spaces in the Spanish capital. 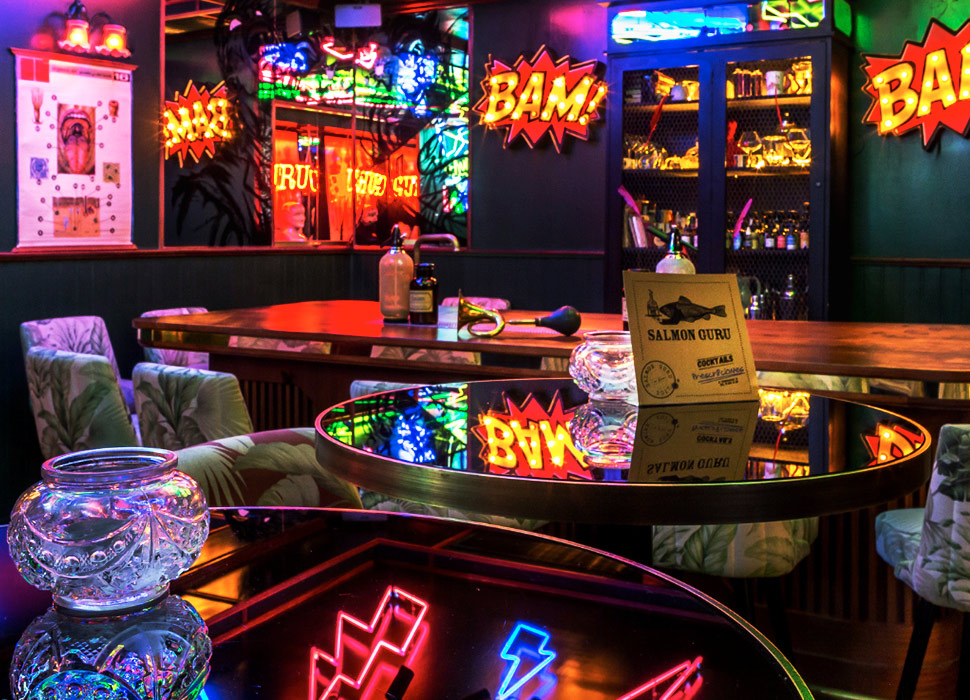 Madrid's foremost cocktail spot hits you like a train the moment you walk in, with its neon thunderbolts and power clashing furniture. And that’s before you’ve sampled the goods. Argentine head barman Diego Cabrera stands at the cutting edge of his craft, whipping up ingenious multisensory tipples designed to give you a headrush before the first sup. Get your lips around mad creations like ¿Porqué te ríes? (‘Why are you laughing?’), a potent rum bev whipped up with ginger ale and a slug of red tea kombucha. 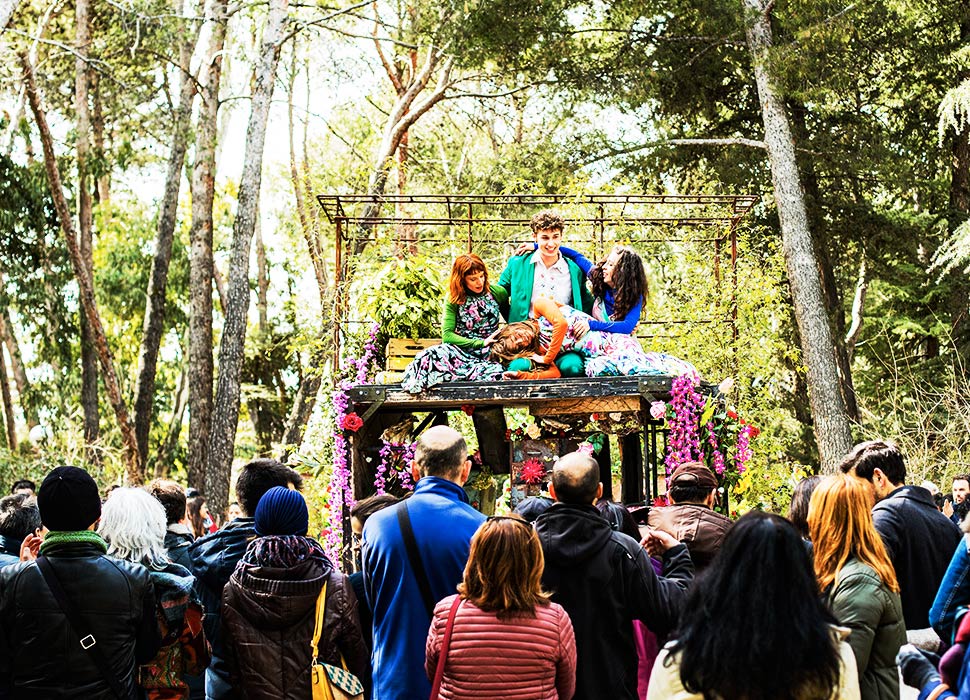 Struggling to think of something non-screen-based to do with the little ones on your Madrid trip? Never fear. An inspired initiative by the local government, Espacio Abierto (‘open space’) is a 100 percent child-centric event space aimed at ages zero to 16. There’s plenty of organised fun in the shape of puppet shows, music workshops and colourful theatre productions, plus a (healthy, obvs) snack bar, and plenty of couches and bookshelves if all they want to do is chill with the local cool kids. A class act. 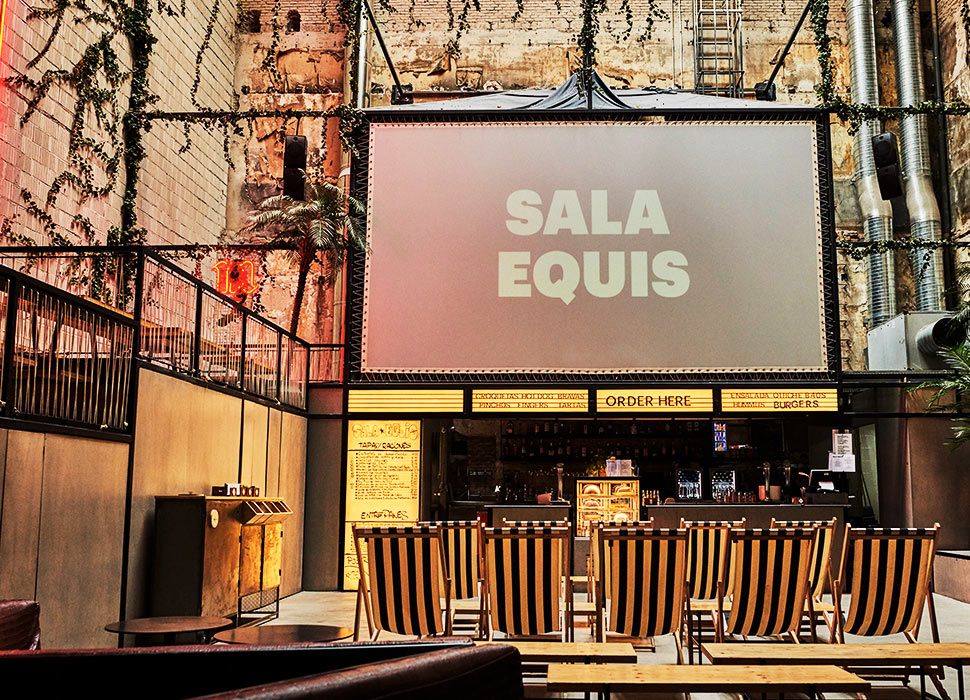 Set in a former pornographic cinema, Sala Equis is a very cool 700m² cocktail hangout and cultural centre. It still shows films – nothing as bawdy as the old days, with local arthouse flicks rubbing shoulders with thinkier Hollywood blockbusters. But more often than not, this is a place to see and be seen, nibbling perfect light bites – vegan burgers with kimchi mayo, coconut and lime hummus, that sort of vibe – or taking in an acoustic gig while lounging on one of the venue's swings.

8. Break the language barrier at the Cervantes Institute 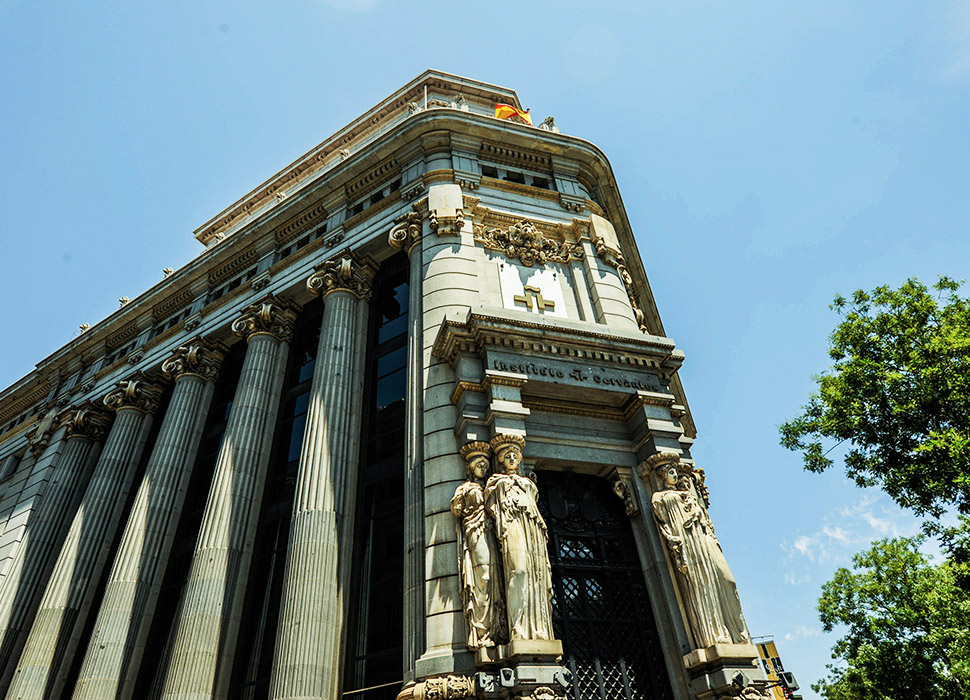 Headquartered in a stupendously grand building looming over Calle de Alcalá, the Cervantes Institute sets itself the noble aim of advancing Spanish language and culture around the world. With delegations all over the globe, the organisation – named after Spanish literary giant and Don Quixote author Miguel de Cervantes – is way more than any bland lingo course, presenting art exhibitions, fun cultural workshops and seminars, both on site and on the internet. It’s a holá lot of fun.

9. Chomp on a churros at San Ginés 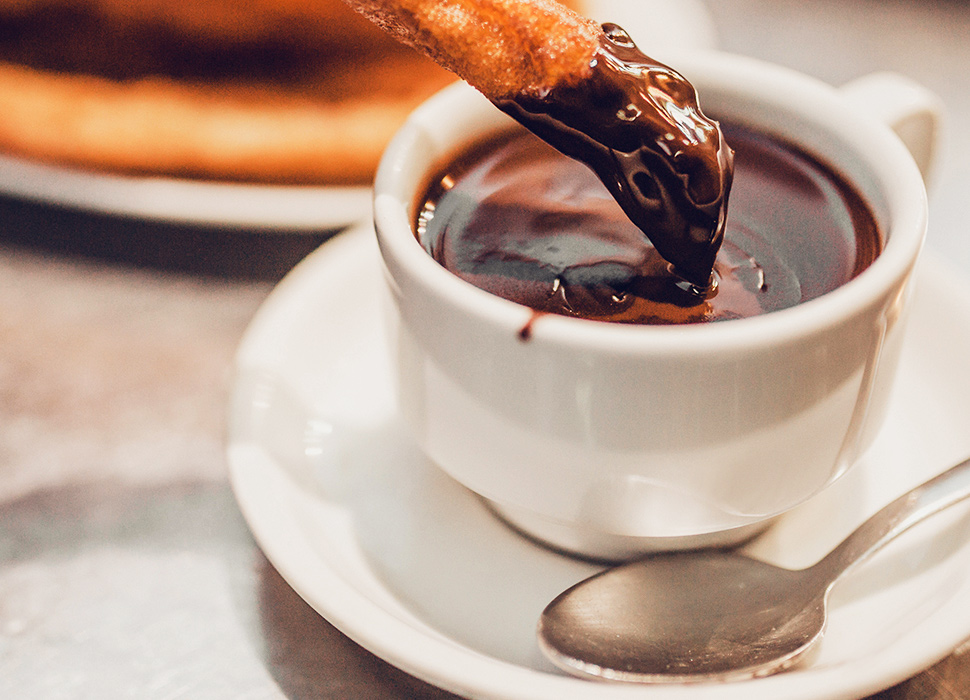 The calorific breakfast of kings at this historic café / Image: Getty Images

The most famous churrascaria a darned good reason, San Ginés serve up a mean churros – that’s salt and flour dough, piped into a vat of scalding hot oil, sprinkled with sugar and dunked into thick, rich hot chocolate, in case you’re yet to have the pleasure. And though traditionally it’s regarded as a breakfast food by the Spanish, this joint (which has been doing its thing since 1894) is open 24/7, so you can pop by for a post-siesta sugar high. Sweet.

10. Dine at the world’s oldest restaurant 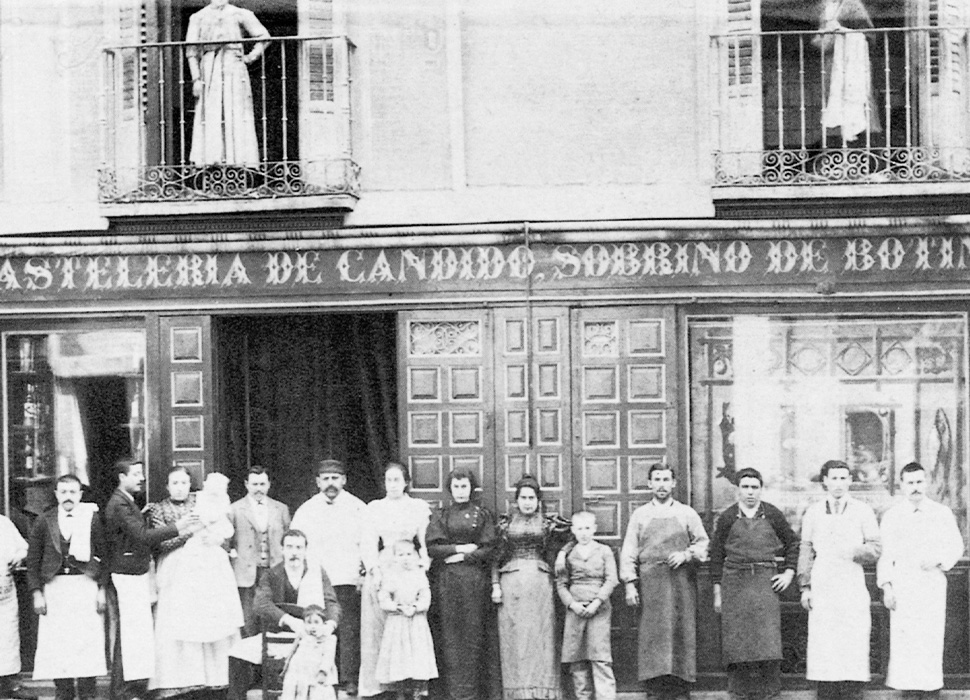 Luckily you don't have to bring your own meat these days /Image: Sobrino de Botin

All the way back in 1725 French chef Jean Botins opened Sobrino de Botin by asking guests to bring their own meat and veg for him to cook. Hey, it was a different time. Anyway, Jean and his wife died child-free but luckily had a nephew who was happy to take on the business (’Sobrino de Botin’ literally means ’nephew of the Botins’). The rest is pretty much 300 years of history. The fire in the oven has never gone out, artist Francisco Goya one worked here as a waiter, and the beardy literary titan Ernest Hemingway also recommended the suckling pig. Storied or what?

Discover the smartest way to reach the heart of Venice