Galerna, the one on the ascent / Image: Asier Ibarlucea @sansebastianfoodies

A foodie guide to the Basque Country's San Sebastián

Easily accessible from both Bilbao and Biarritz, San Sebastián has a strong claim on the title of the greatest foodie destination in Europe – and maybe even beyond

Galerna, the one on the ascent / Image: Asier Ibarlucea @sansebastianfoodies

This beautiful coastal town on the Bay of Biscay – also known as Donostia in the Basque language, and easily accessible via both the Spanish city of Bilbao and Biarritz up on the southwest French coast – has it all, from world-famous pintxos bars specialising in single dishes to unbeatable, luxurious Michelin-starred dining. We’ve put together a list of the eateries you definitely won’t want to miss while you’re there.

Appetite whetted? Why not make for the Med with our foodie guide to the Balearic Islands, or savour the far South Aegean with this list of the most delicious islands in Greece.

The one that’ll blow your mind 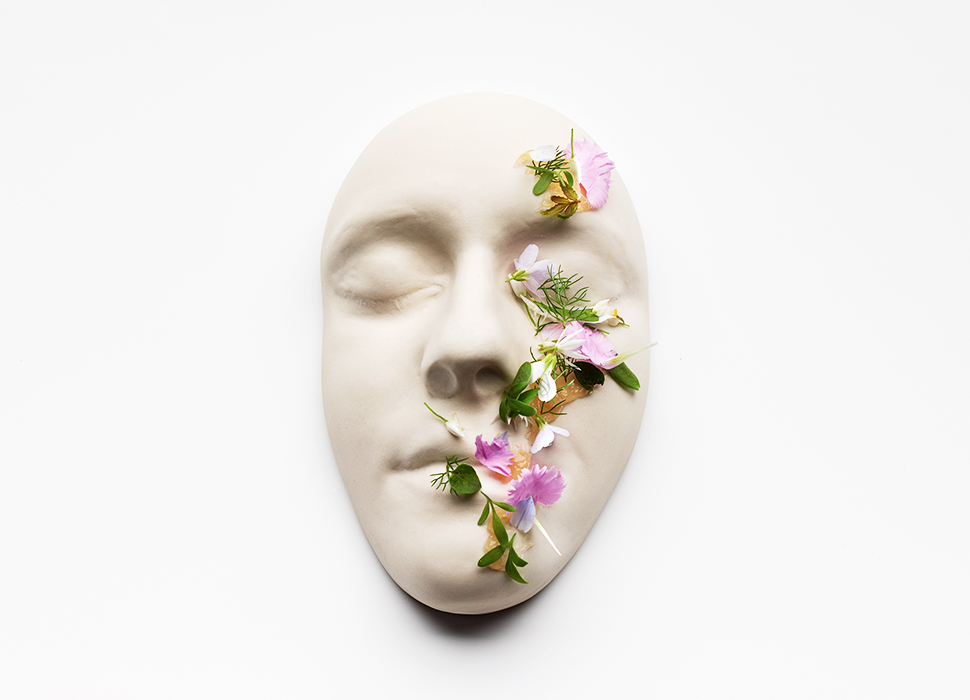 Continually ranking high on the list of the World’s 50 Best Restaurants, Mugaritz is a two-Michelin-starred country-house restaurant a 20-minute drive from the city centre – and it doesn’t want you to get too comfortable. Expect a 20- to 30-course extravaganza with mysteriously named dishes like ‘How Long a Kiss Lasts’, ingredients such as frozen tongue and pig’s-blood macaroons, and musical plates. But while the tasting menu presided over by Andoni Luis Aduriz might be challenging, it’s also a luxurious and – if you have the funds – unforgettable experience.

The one for superlative seafood 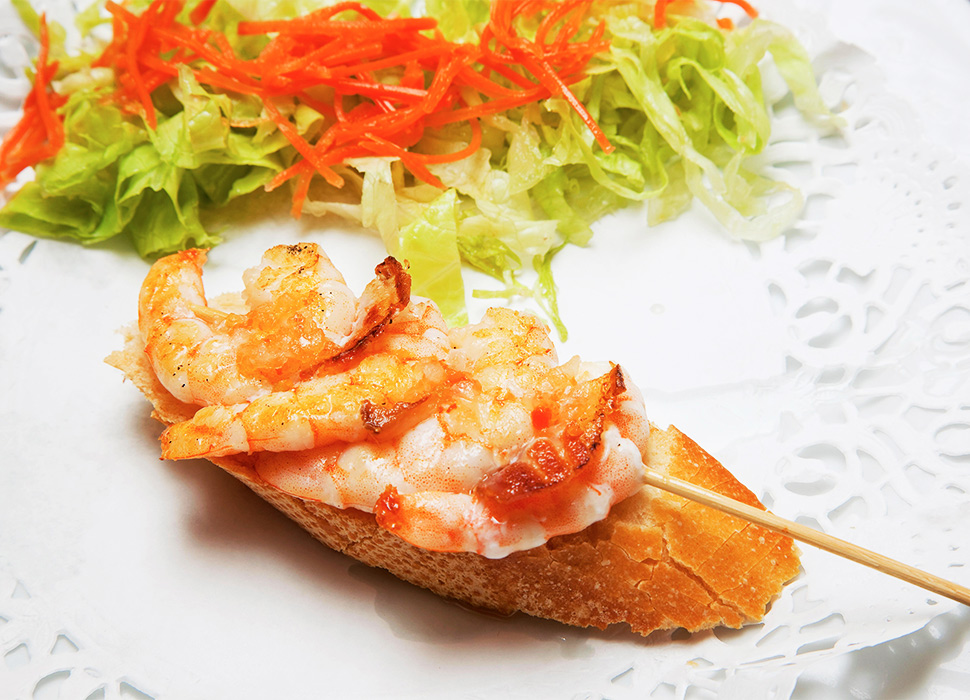 No complications, just tasty crustaceans: that might as well be the motto here at Bar Goiz Argi, a charming pintxo bar that specialises in tender grilled prawns. They come on brochette skewers, griddled and dressed in a peppery, vinegary relish, over a slice of baguette to mop everything up. A glass of txakoli, the local sparkling dry white wine, isn’t mandatory but is very much recommended. 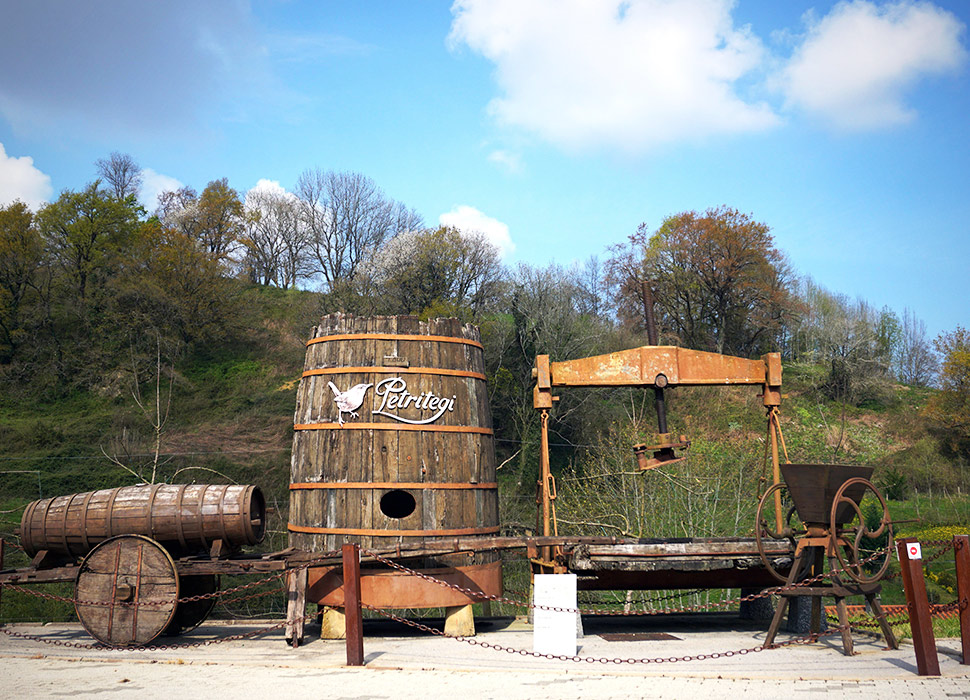 The Basque Country is famous for its apple crop. At Petritegi – a 14th-century sagardotegia (cider house) just 7km from the city centre – you can sample the estate’s wares straight from the barrel, before sitting down to a delicious, substantial lunch of traditional local dishes, which might include salt cod omelette, griddled hake, local cheeses and T-bone steak to share, all surrounded by apple trees. 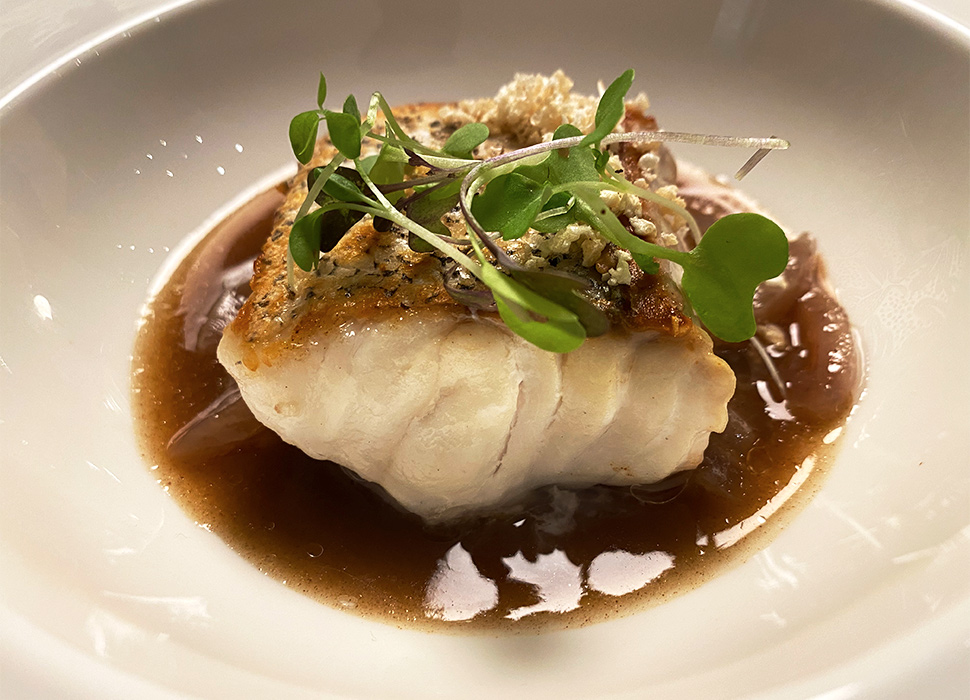 For a tasting menu to remember without the hushed silence and tweezered plates, head for Zazpi, which has a new home in the Museo San Telmo. For €75 the whole table can enjoy scallops and ajo blanco, hake, monkfish, sea urchin with crayfish cream, roast suckling pig and several desserts. The a la carte is full of modern twists on Basque classics like cod rice and txerri ham; everything is seasonal, and the kitchen works closely with foragers, fishermen and hunters to secure local bounty such as the best mushrooms, asparagus and bonito tuna.

The one with the famous tortilla 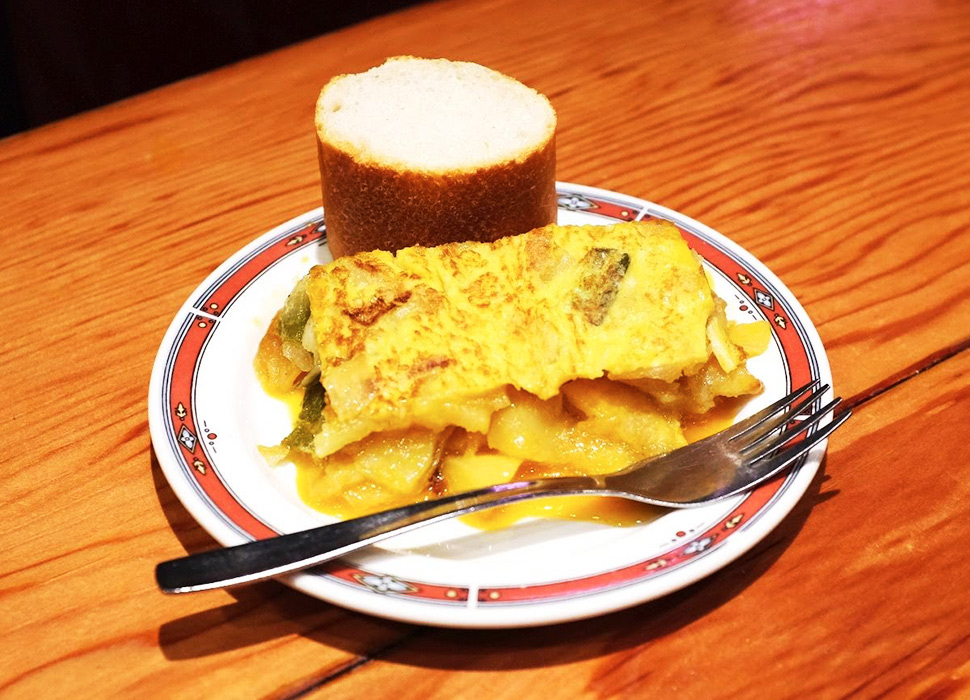 San Sebastián is full of crisp-shelled, rich, golden tortillas, but Bar Néstor’s is widely held to be the best in the city. Just two are made each day, one for the lunch service (1pm) and one for dinner (8pm). You’ll need to get there an hour before service and put your name on the list to reserve a slice – once everyone’s inside they’re brought out of the kitchen and placed reverently on the bar, before names are called. The steak and tomato salad are also legendary.

The one for ‘Parts Unknown’ devotees

Wild mushrooms, char-grilled with a golden egg yolk at Ganbara

Anthony Bourdain stopped off at the beloved Ganbara pintxos bar on his visit to San Sebastián to film an episode of Parts Unknown, so you know it’s somewhere you’ll be well fed and watered. The crab tartlets are supremely delicious, but the real star of the show is a plate of seasonal wild mushrooms, char-grilled to smoky perfection and served with a scattering of fresh herbs and a golden egg yolk. Simple, but perfect.

The one for people-watching 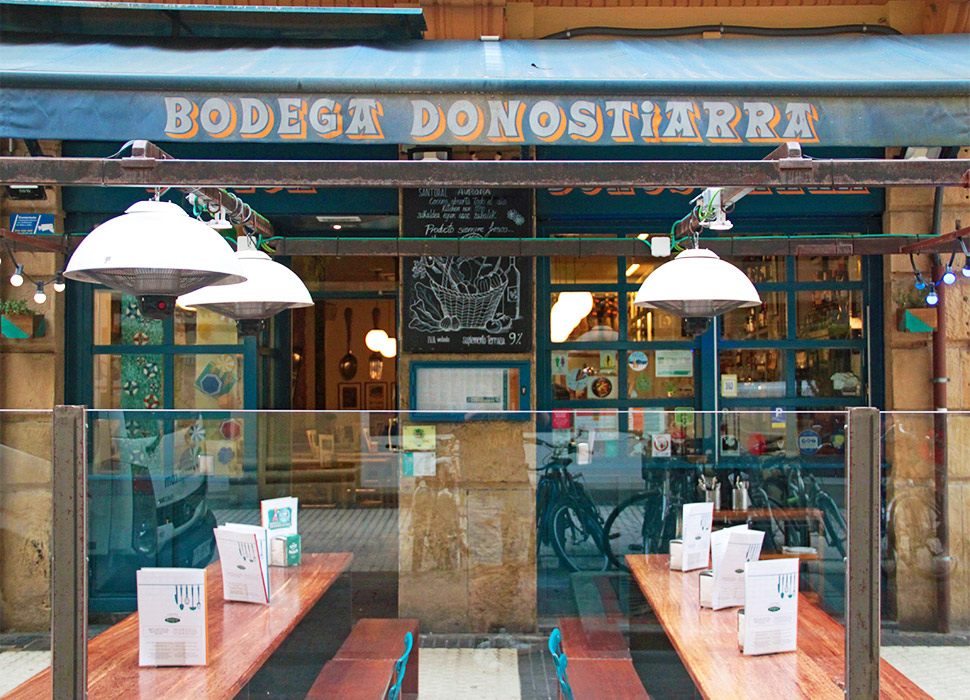 One of London-based, Spanish-raised legendary chef José Pizarro’s favourite places to eat when he’s in San Sebastián, Bodega Donostiarra has a beautiful terrace that’s ideal for whiling away an afternoon with a series of cold beers and some pitch-perfect pintxos. From the gildas (moreish assemblages of briny olives and plump anchovies) to local cheeses, a winning tomato salad and lip-smacking chicken wings, you can’t go wrong here.

The one on the ascent 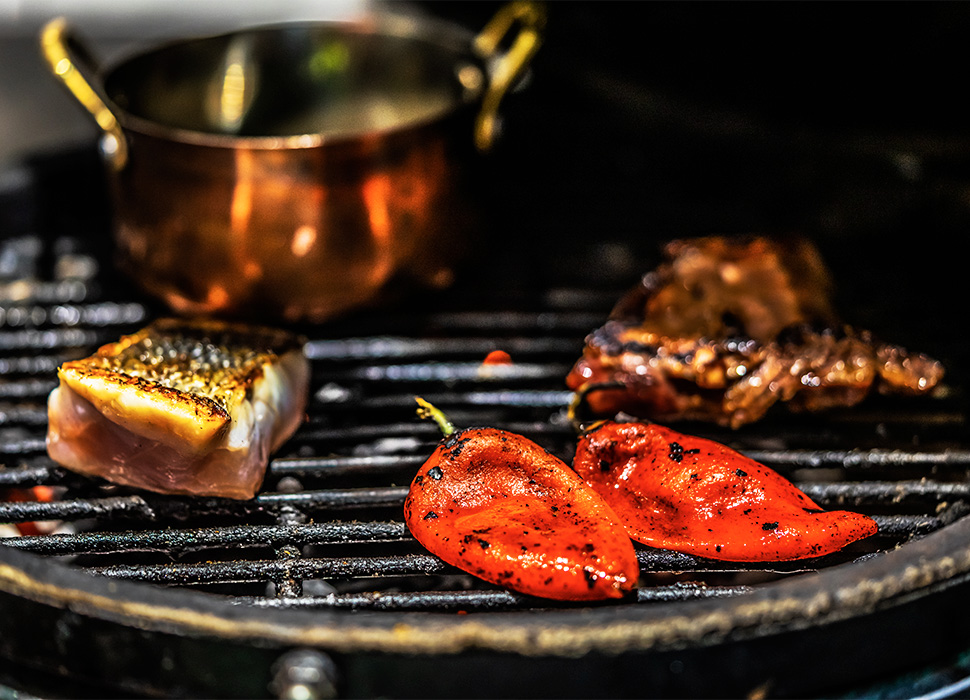 For truly exciting cooking, head for the deservedly hyped newcomer Galerna. Rebeka Barainka and Jorge Asenjo – looking after front-of-house and the kitchen, respectively – are on a mission to ‘give prominence to the roots and the environment, rescuing "forgotten" and even gastronomically undervalued products’. The 16-course, €82 seasonal tasting menu is exceptional value: it kicks off with artisanal acorn and turmeric bread and features nasturtiums, violet potatoes, Carabinero prawns, cod tripe and more.

The one for foodie families 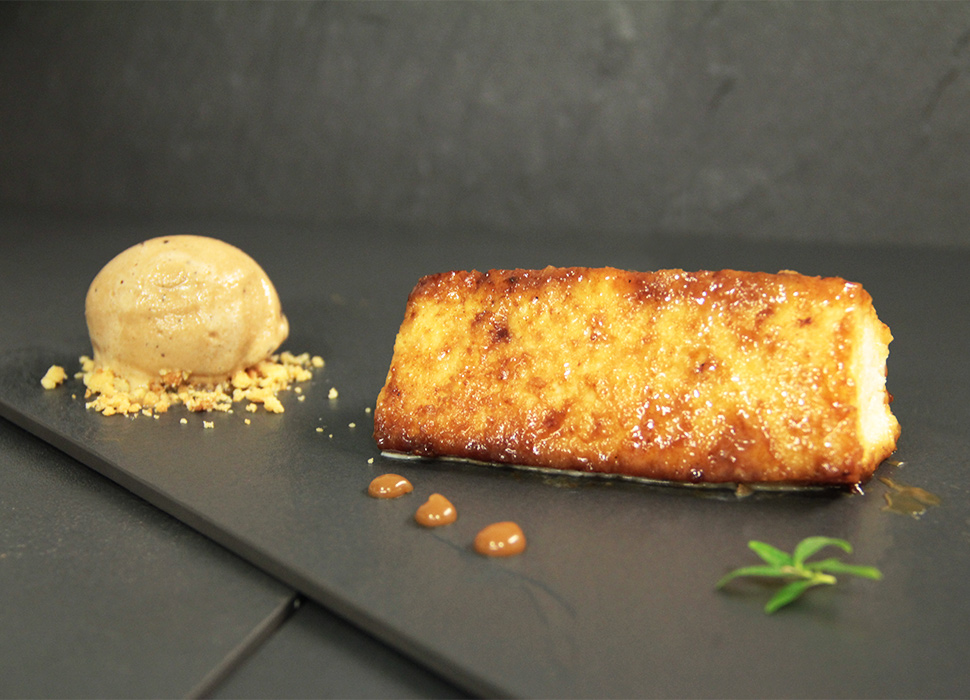 If you’ve got younger ones in tow but don’t want to spend your holiday eating chips and ice cream, make a beeline for Casa Urola. This handsome two-storey pintxo bar does a wonderful line in confidently cooked, unfussy, reliably delicious food: local line-caught squid, served in a variety of ways, is a speciality, as is hake loin and cheek. The desserts are spectacular too, with caramelised bread pudding bound to please all ages.

The one with incredible sea views 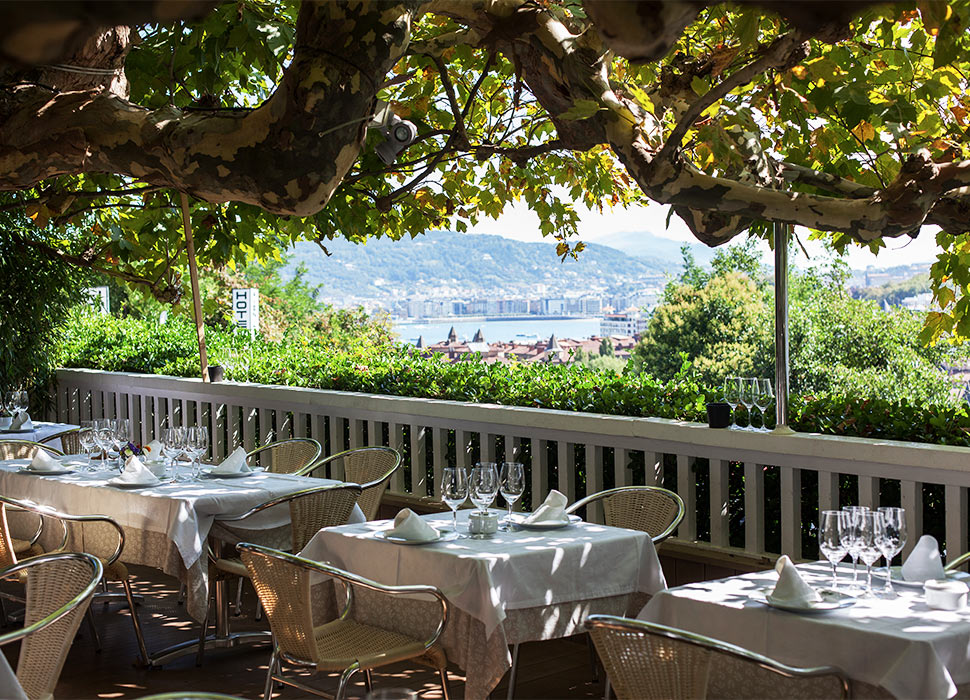 Situated in an old farmhouse with an elegant terrace overlooking La Concha bay, Rekondo comes into its own when the sun starts to set. Expect elevated Basque cooking with an emphasis on the freshest seafood (clams in parsley sauce, spiny crab, cod pil-pil), accompanied by expertly chosen, sensational wines – the cellar is acclaimed, and easily ranks as one of Spain’s best. Serious carnivores won’t want to miss the suckling pig, or ox rib-eye steak.