Whether you’re a pro or amateur rider, the largest of Spain’s Canary Islands is made for cycling

An abundance of sunny days, tortuous topography and empty asphalt have helped turn Tenerife into a cycling hotspot to rival any mountainous destination in Europe. With the help of bike-friendly hotels and professional rental companies, cycling enthusiasts can now tour like the pros around this volcano-spiked Canary Island.

The Teno Massif is a land that time forgot. Flowering cacti dangle from sheer cliffs formed 12 million years ago, when underwater volcanoes fired Tenerife 10km up from the seabed.

These emerald mountains hide a snaking asphalt road. It was designed for slow moving agricultural vehicles but has become an unlikely Mecca for cycling’s golden generation.

“You can shut the rest of the world out”

On one serpentine bend, which swooshes around a 500m drop-off, biking enthusiasts can hit 70km/h. Professionals who compete in the Grand Tour (Tour de France, Giro d'Italia and Vuelta a España) and use Tenerife as their winter training base can easily reach 100km/h.

A decade ago cyclists were a curiosity on Tenerife. Now an underground industry has grown around the teams that train for the sport’s big three trophies.

Few professionals will ever finish a single Grand Tour. Only three cyclists have won consecutive races: Belgian Eddy Merckx (who was nicknamed ‘The Cannibal’), Frenchman Bernard Hinault (alias ‘The Badger’) and Briton Chris Froome, who has four Tour de France wins under his belt.

Froome claimed that Tenerife is the one place where “you can shut the rest of the world out”. The island is also blessed with 320 sunny days per year. Plus topography as tortuous as anything in the Alps or Pyrenees. 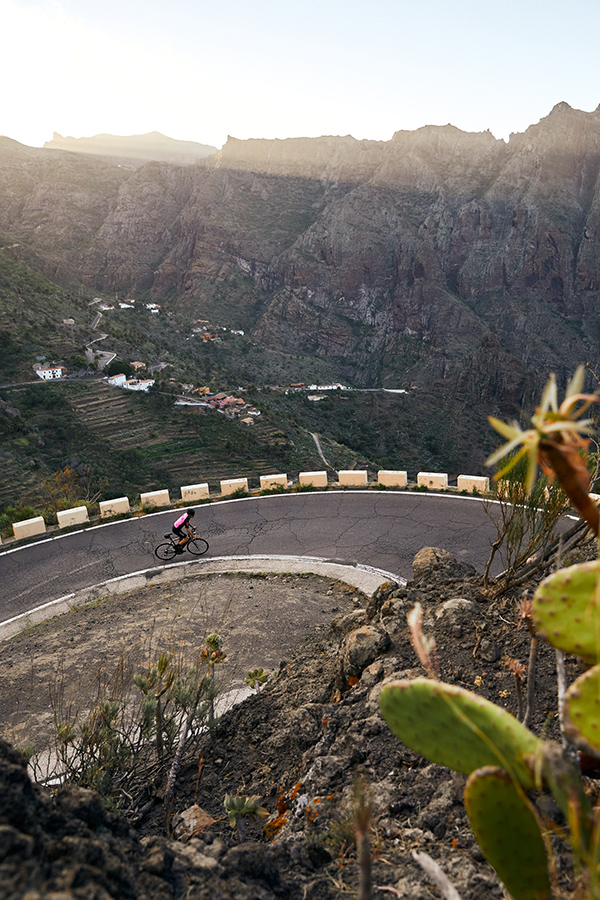 Both amateurs and professionals fly to Tenerife for Mount Teide’s 15km-wide caldera, where a 2,300m crater wall reveals a Martian dust bowl sprinkled with alien pioneer plants. Across this no-man's-land runs a pancake flat highway.

It’s jet-black against red earth and green succulents, like a postcard of Arizona’s Route 66. The world’s third-highest volcanic structure tops the scene, its snowy flank crested by swaying cable car.

Those who cycle here are biking where few hire cars dare drive, through a land of earth, wind, fire and ice. The sole hotel within the National Park zone is Hotel Parador.

Sleeping above 2,000m allows cyclists to increase their red blood cell count. This allows them to train more intensely at lower altitudes to better prepare for Grand Tour climbs.

Fancy seeing more of the Highlands? 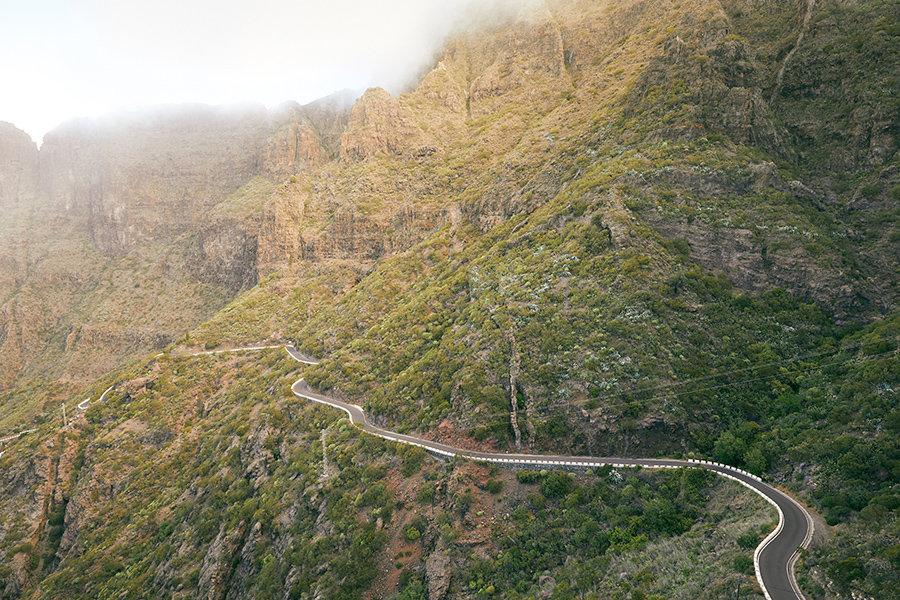 It helps that Tenerife's roadways are so easy on the eye / Image: Ben Read

Several businesses in Tenerife have been awarded a Bikefriendly label. As well as Hotel Parador, there is Hotel Botanico in Puerto de la Cruz, which rents specialised bikes and opened its own bespoke bike workshop in 2019.

There are also numerous bike rental and touring companies on the Canary Island, including Tenerife Bike Training and Ride Base Tenerife. The latter was co-founded by ex-pro Jesper Koldby.

“In 2019 the number of cyclists in Tenerife grew by double digit figures,” he says. "It's clear that even Majorca, which has always been the most common cycling destination, doesn't offer the same variety as Tenerife."