This upmarket resort town on Tenerife's southwest coast attracts savvy travellers for its pristine beaches, luxe boutiques and proximity to astounding natural sites. Want to be in the know? Follow our guide to the best of Costa Adeje 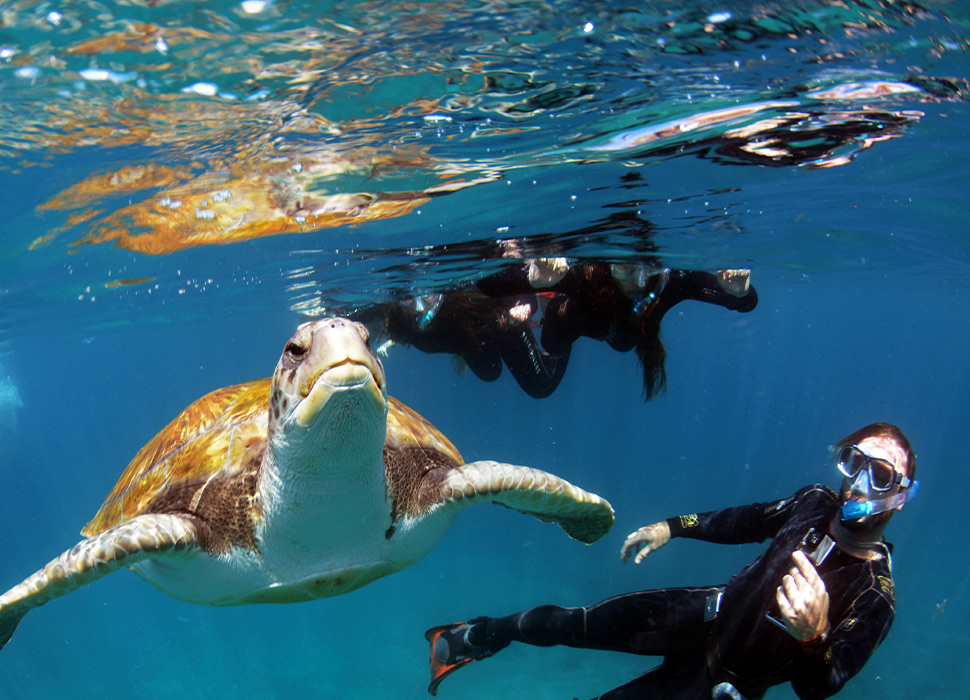 No need to come out of their shell: these hefty turtles are friendly types / Image: Alamy

Widely thought of as the best snorkelling spot off Tenerife, and as such an increasingly popular draw with the yachting set, Playa del Puertito is a 15-minute drive up the west coast from Costa Adeje, but well worth the mish. The bay – helpfully nicknamed the ‘bay of turtles’ – is about 12m deep and offers a great chance of seeing friendly, herbivorous green turtles all year round. And even if the turtles are otherwise engaged, there’s exotic crabs and trumpet fish to keep you agog. Flipping marvellous.

Take a hike through Hell’s Canyon 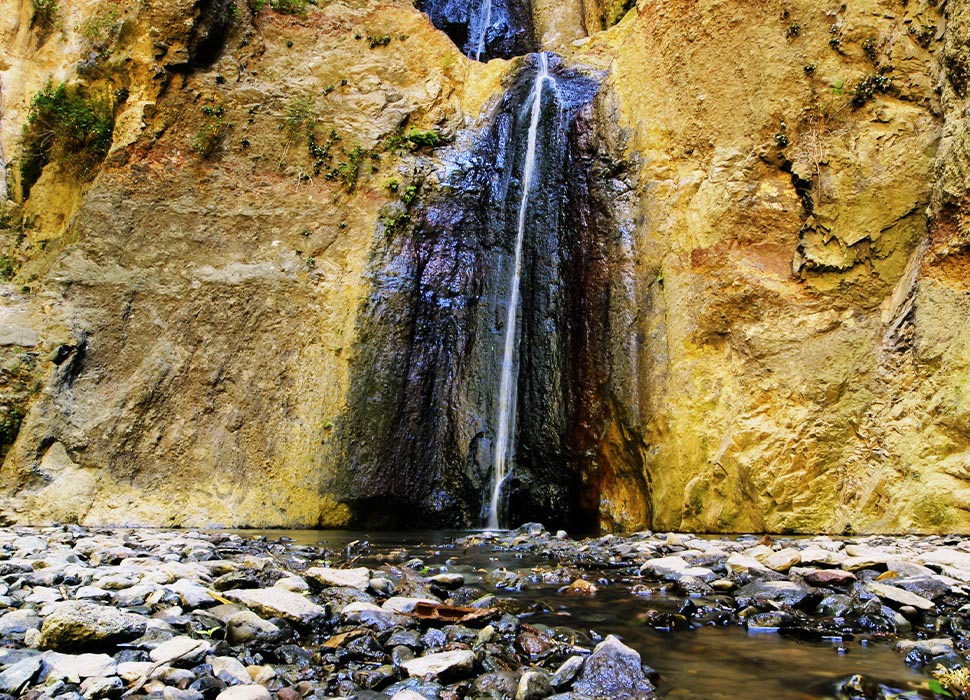 Don’t be put off by the diabolical name – Hell’s Canyon (Barranco del Infierno in Spanish) is a lush two-hour (each way) hike garlanded by colourful flora and chatty birdlife. You need to pay an €8 entry fee, mind – part of the islanders' noble efforts to keep footfall down to 300 walkers a day – but it's all worth it for the beautiful, swimmable waterfall at the end of the trail. Do yourself a favour and get an early start, because when the afternoon sun is beating down, Barranco del Infierno gets as hot as… well, it gets really hot. 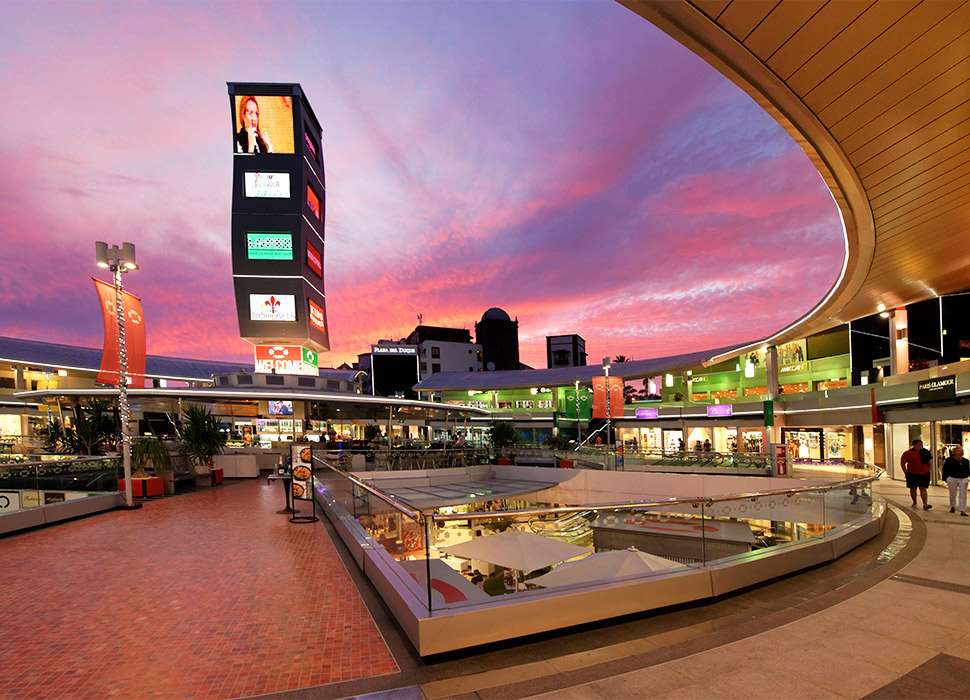 You’re on holiday, so you may as treat yourself to a bit of a spree at Tenerife’s foremost shopping mall. Luxury brands rub shoulders with upscale bars and downright decadent gelateria here. There’s a supermarket for your daily bits and bobs, a nice play area to keep the sprogs on side, and air conditioning for when you’ve had quite enough of the paradisiacal outdoor climate. Plus you can get your hair and nails done for your big night on the tiles later. Hey, it’s an investment right?

Chill with the hippies at La Caleta 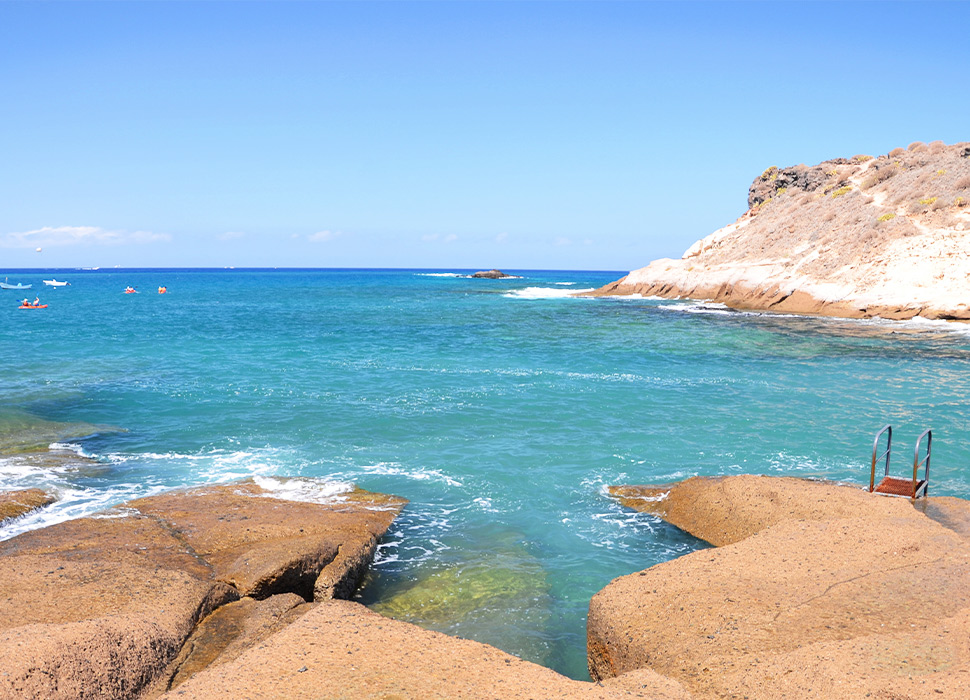 Could this be the most laidback beach on the island? / Image: 123rf

The pretty, secluded cove of La Caleta has gone by all manner of names over the years – some call it 'spaghetti beach', after a group of well-meaning blow-ins who would descend on the beach and boil spaghetti over a campfire to feed fellow travellers. Nowadays, the semi-permanent hippie encampments have moved on, but a vibe remains. Expect drum circles, general laidback peace and love, and the odd flash of good-natured nudity. Consider yourself warned, man.

Get high at Mount Teide 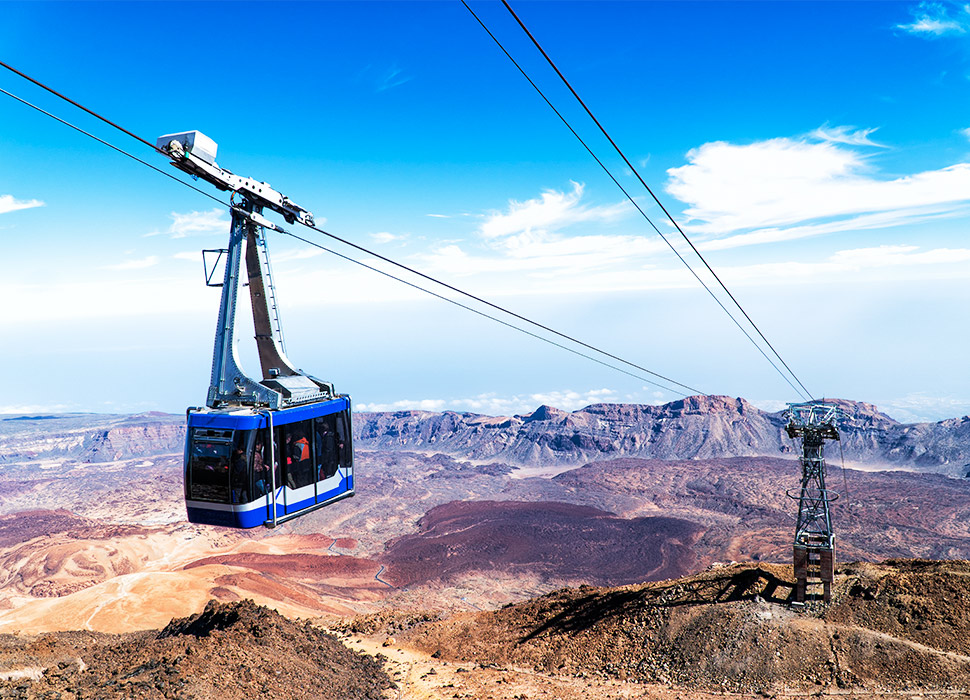 Tenerife is dominated by the cinematic spectacle of Mount Teide, a dormant volcano which isn’t just the loftiest peak in Tenerife, but all of Spain. For the full jaw-dropping experience, book a seat on the cable car, which is much less brutal than the hike up and less likely to cause altitude sickness. After dark, things really get interesting – thanks to the mountain's isolated location, the night sky is revealed as you’ve never seen it before, becoming a twinkling carpet of diamonds studded with highlights from the Andromeda galaxy and 83 out of 88 recognised constellations. An authentically stellar attraction.

Sand off at Playa Fañabé 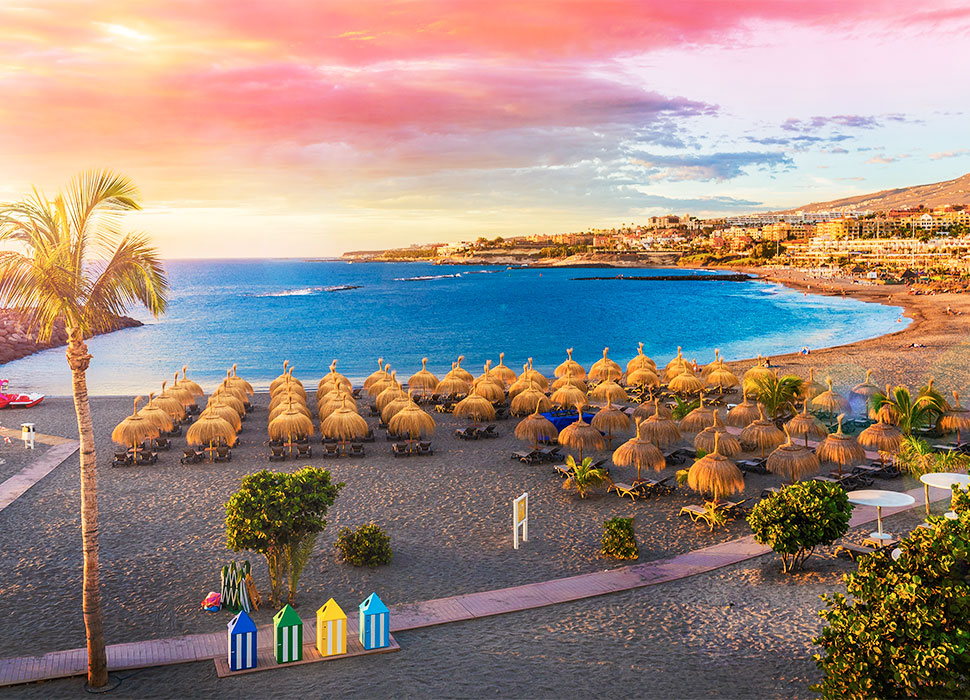 Tenerife isn’t short of lovely beaches. But Playa Fañabé is a jewel among them nonetheless. Pristine, blue-flag-certified pale sand shelves gently into warm, clean shallow seas, making it ideal for families. If you want peace and quiet, this isn’t it – but the buzz is all part of the charm. Try your hand at watersports, then treat yourself to a well-earned supper on the promenade where, after dark, things really pop off with live music and inexpensive drinks. We’re massive fañs.

Make a splash at Siam Park 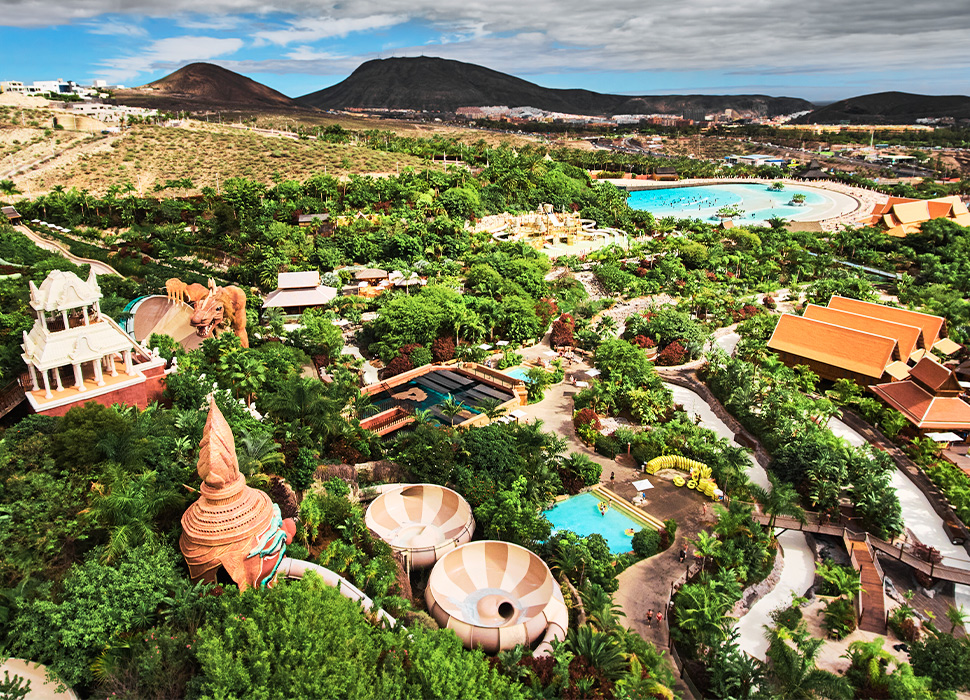 A Thai-themed waterpark in Tenerife? Why not / Image: Adobe Stock

Not all water parks are created equal. Take Siam Park. Not content with being a spectacular, thrill-a-minute day out, with rapids, flumes, wave machines and towering slides, it’s also rather cutely designed to resemble a Thai village. And before you cry ‘cultural appropriation’, bear in mind its pointy roofs, golden embellishments and dragon motifs have been personally granted a seal of approval by the Thai royal family. Indeed, the park was officially opened in 2007 by Thai princess Maha Chakri Sirindhorn.