This Canary Island is home to some stunning beaches, ranging from secluded spots to busy black-sand bays

Golden sands are all well and good – but these are the best things to do in Tenerife.

When you're ready to see the day out and evening in, here's our guide to the best bars and nightlife in Tenerife. 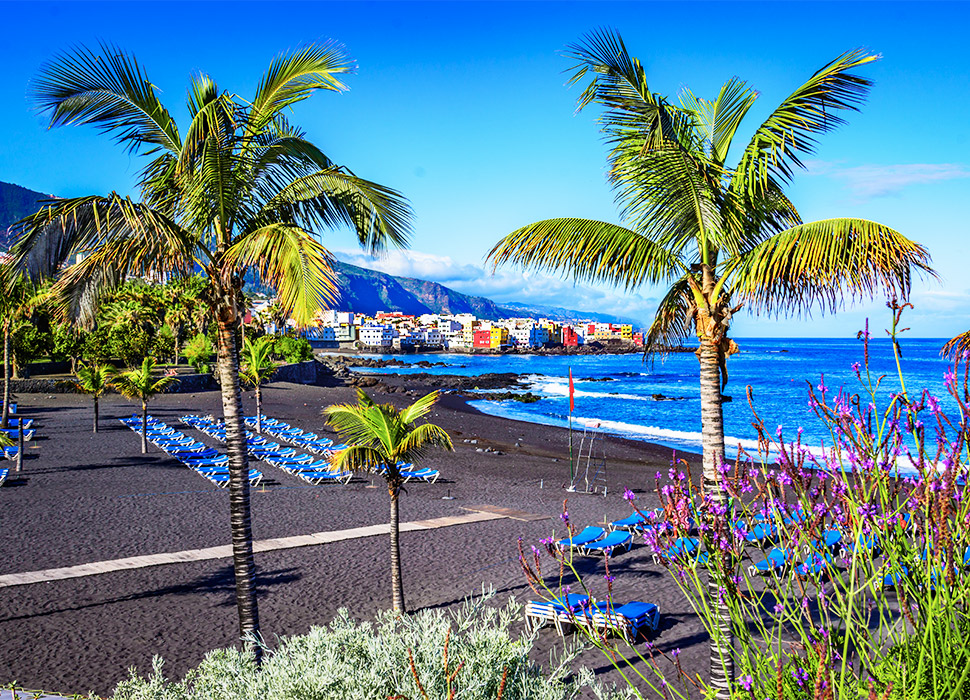 OK, it’s not exactly off-grid; even so, this long, black sand 'garden beach' just west of Puerto de la Cruz is by far the most tolerable of Tenerife’s big, all-bases-covered city beaches. Designed by Canarian architect César Manrique, it’s backed by a colourful botanic garden and has safe, kid-friendly waters and a good range of facilities including toilets and showers as well as sunbed and parasol hire. Views of Mount Teide are a nice touch, too. 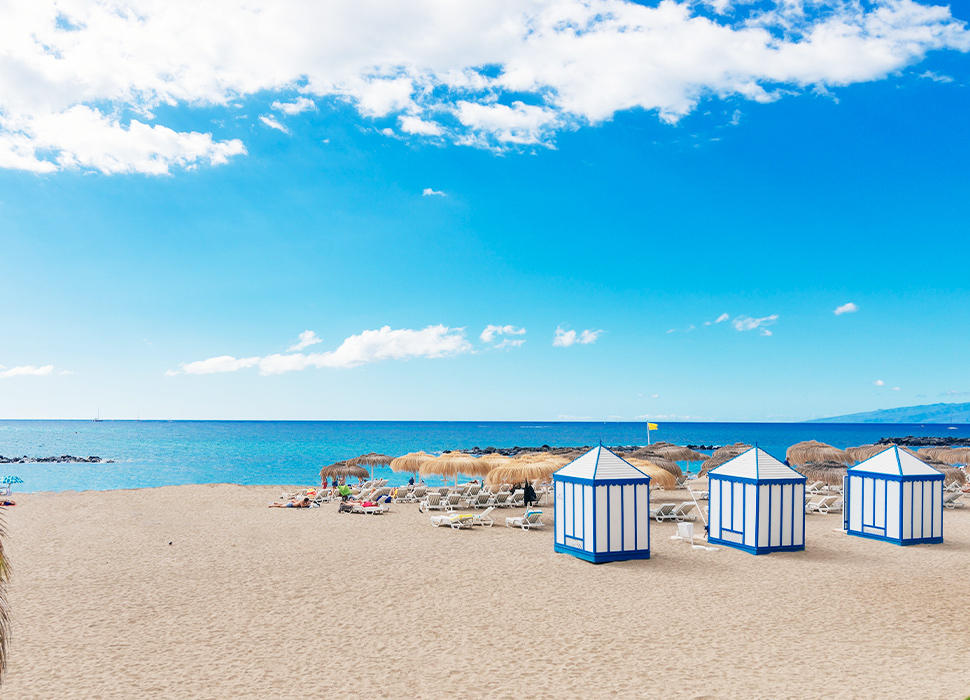 Probably worth your splashiest swimsuit and those Marc Jacobs shades, Playa del Duque in the swank resort of Costa Adeje is the south coast’s chicest stretch of sand. On the beach, pretty people under parasols get up for the occasional cool-down dip in brilliant blue water and retreat to town for lunch at any number of stylish seafood restaurants. Just down the coast in La Calata, La Vieja (restaurantelavieja.com) has had a great rep for years. 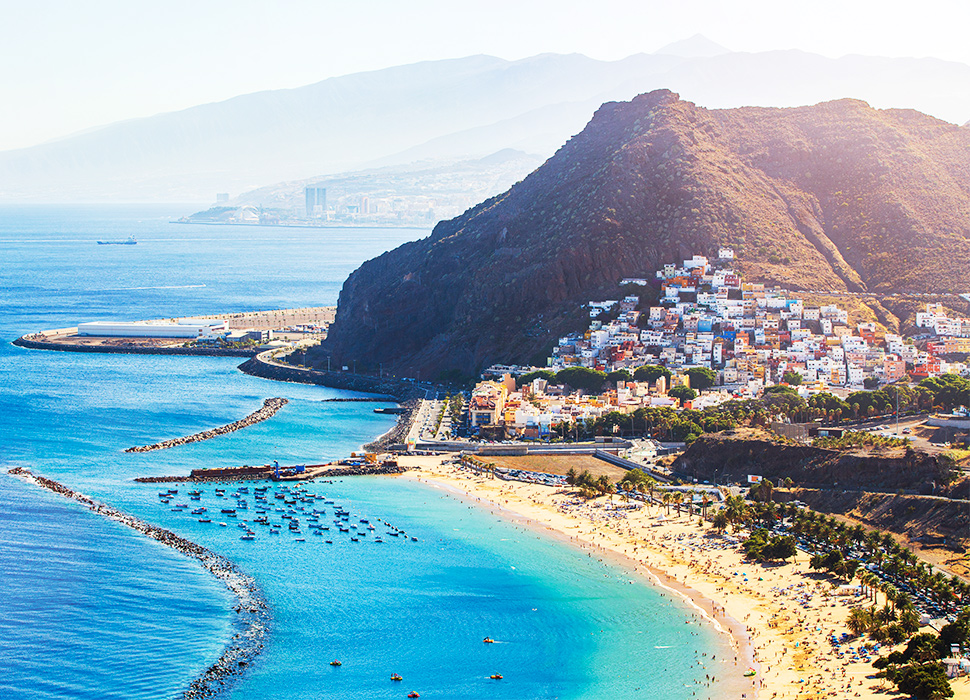 Close to tiny fishing village San Andrés, this mile-long stretch of golden, Sahara-imported sand on the island’s north-east coast is set below the Anaga Mountains and is considered one of Tenerife's prettiest beaches (especially for tourists bummed by the drab, grey-black sands of the island’s volcanic shores). It’s also reliably spacious; outside of weekends and public holidays, it’s pretty remote; while the artificial reef means calm, shallow waters ideal for toddlers. 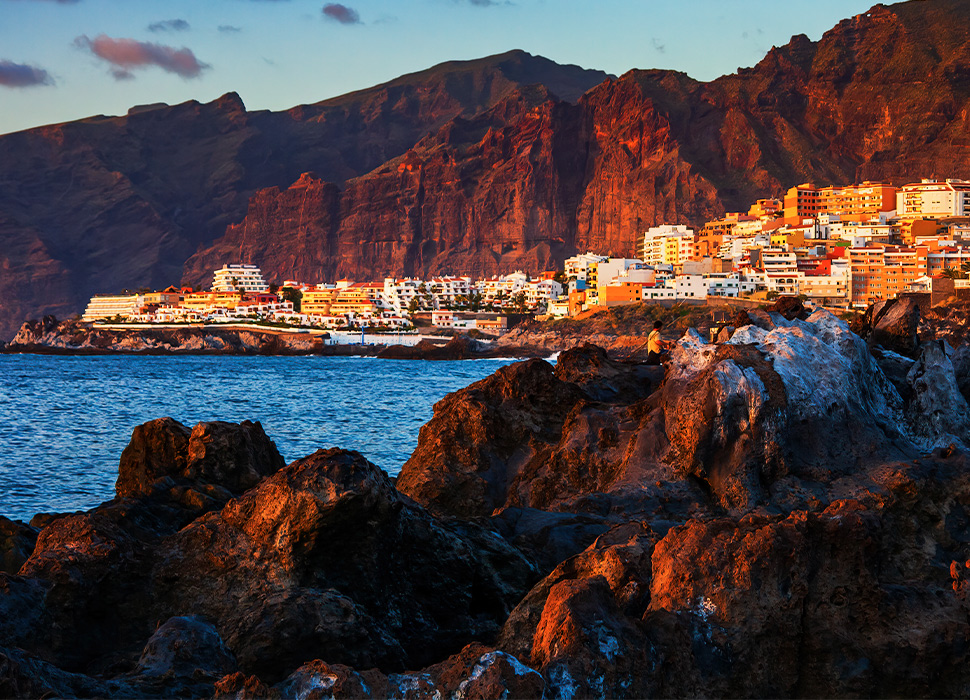 For epic, Game of Thrones-like scenery, the west coast’s 600m-high, Acantilados de los Gigantes ("cliffs of the giants") take some beating and give the small, pleasantly chill, grey-sand cove here its name. Though no secret, this is rarely the same, barmy-brashness of some of the island’s big-city beaches but still has enough family-friendly facilities to make a day of it. This is the jump-off point for whale watching boat trips, too. 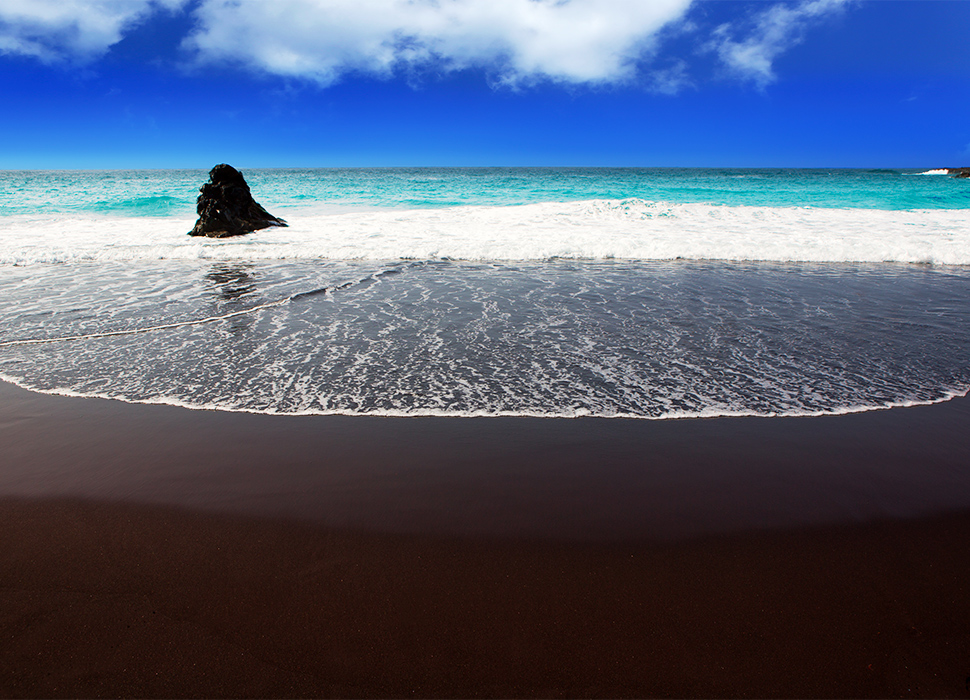 For a back-to-nature, away-from-it-all alternative to Tenerife’s banner beaches, this small, remote, unsung and unspoiled bay on the north coast is your go-to: best reached by a cliff-top footpath from Puerto de la Cruz, it’s pure black sand meets surf-y, azure blue waters with nothing around but steep cliffs, a handful of in-the-know locals and a small chiringuito (restaurant) doing no-fuss Canarian tapas and cold beer: happiness guaranteed. 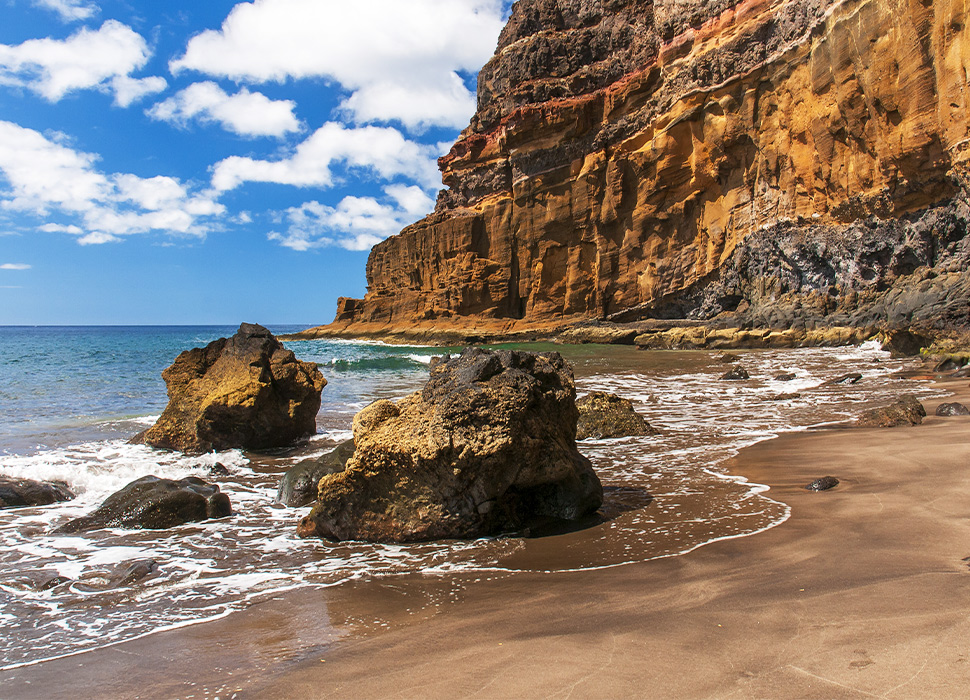 Right, so Playa El Bollullo just isn’t the world-away adventure you hoped it would be. Fine. Boot up for the three or four-hour hike from mountain village Igueste to secluded Playa de Antequera: widely considered the island’s most beautiful beach, it’s doubly hard to get to on foot but, hey, that’s the whole point. For those that bother? A celebratory skinny-dip in solitude, perhaps? Just watch out for the occasional taxi boat (available from Santa Cruz). 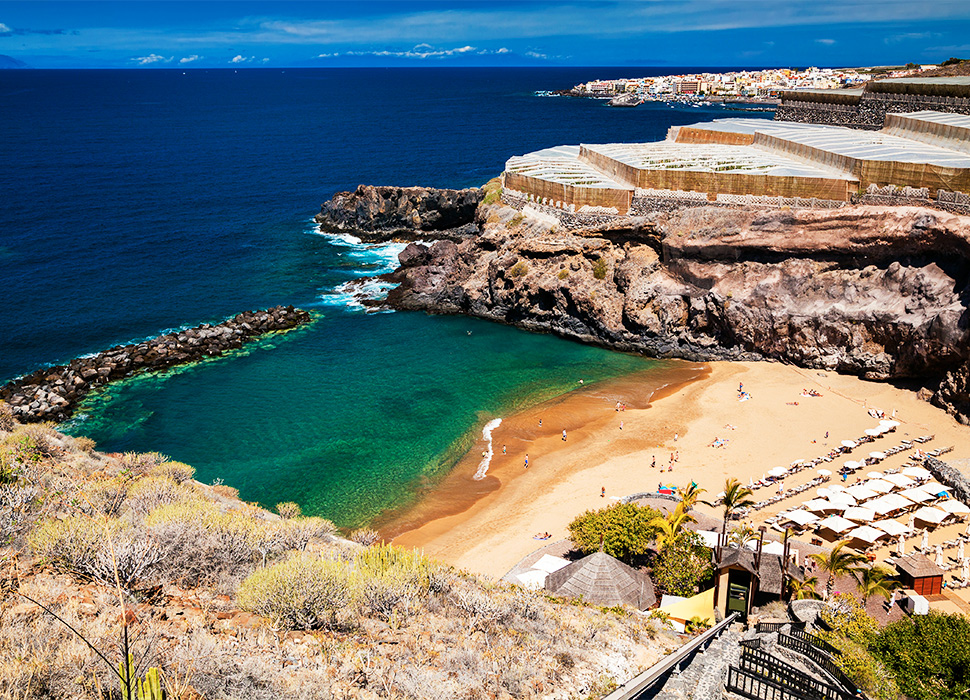 Abama beach is open to all / Image: Getty Images

Either splash for a room at the Ritz-Carlton here or, well, don’t: either way, anyone can access the hotel’s small, chic, gold sand beach here right in front of Tenerife’s swishest five-star. Sure, guests get their own area but, even so, the hoi polloi can still pitch up and enjoy what might be one of the best-kept bays in Tenerife. Come Golden Hour, take the funicular up to the hotel terrace for Atlantic views of Gomera Island and a final night, three spritz sundown splurge.