Settle in for a long night at Papagayo / Image: Alamy

The best bars and nightlife in Tenerife

Playa de las Américas might be the life and soul of Tenerife’s nightclub scene, but there’s a bar to suit every mood across this fun-loving Canary Island. Here are the best of them

Settle in for a long night at Papagayo / Image: Alamy

From chiringuitos (beach bars) in secluded bays, to swanky beach clubs and traditional Canarian pavement cafes, you’re never more than a few steps away from a thirst-quenching pitstop that has the potential to upend all your day plans. Top tip: plan your time around Tenerife’s spectacular, fiery sunsets.

When the bars and clubs shut, you'll need to sleep. These are the best hotels in Tenerife.

Up and raring to go? Check out our definitive list of the best things to in Tenerife. 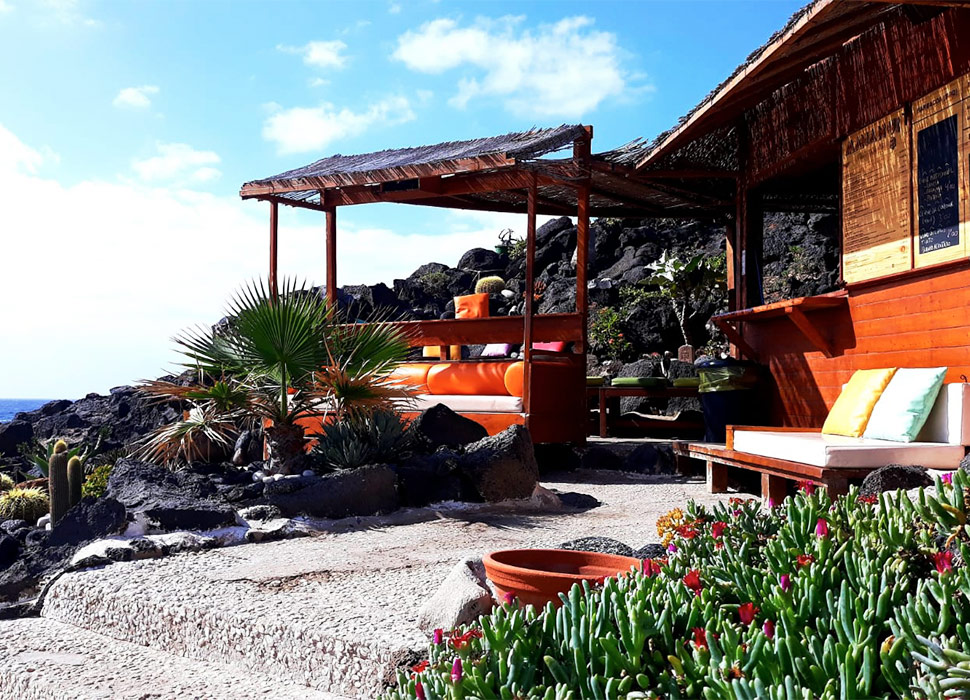 Take in the mountain views from Mana Nui Chiringuito

Thousands of years of wind and water erosion have formed the layer cake of volcanic rock known as Montaña Amarilla (Yellow Mountain) – a fact you can contemplate while sipping a mojito from a plastic cup and munching on decent BBQ at this chiringuito overlooking it. Mana Nui is the most basic of beach bars, with a series of roughly hewn terraces framed by cacti – but the view, within splashing distance of a shallow coral garden bay famed for its snorkelling, is something else.

The palm-fringed terrace at Acanto is all crisp linen and deep parasols: just the ticket for a classy sunset cocktail hour overlooking the beach at Playa del Duque, north of Costa Adeje. Behind the terrace, a classic façade topped by a bell tower houses a series of traditional Canarian rooms where drinkers and diners are treated to the regular tinkling of piano ivories. 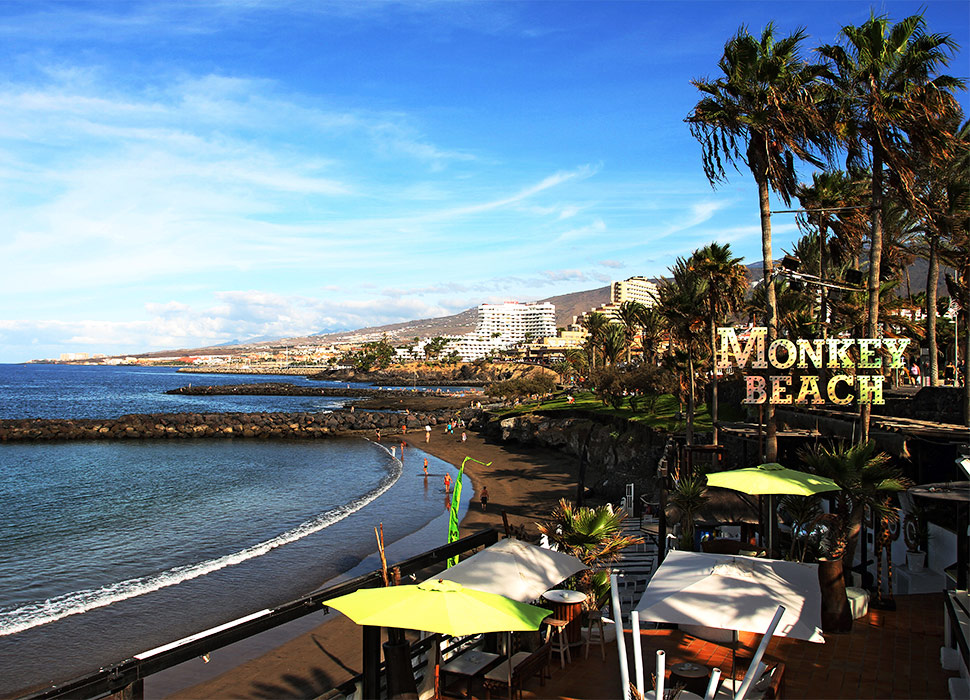 Tenerife’s answer to Café del Mar is this lively beach club in Playa de las Américas. Sitting directly on the sands of Playa de Troya, Monkey Beach Club attracts big-name Spanish and international DJs like Roger Sanchez, who spin the decks for a legendary sunset session every Sunday through summer. Expect flamboyant costumes and bare chests, set against a backdrop of strobes and pyrotechnics fanned by ocean breezes.

A drink (or three) is well deserved after the sweaty slog up to the terracotta, palm-swathed terraces of Taoro from the centre of Puerto de la Cruz. The effort is worth it to see the city unfurled below like a giant gleaming pebble beach sliding into the cerulean sea, and the prices are decent considering the prime views. Kick back with a cold beer and strain your eyes to pick out the 17th-century Church of Our Lady of the Rock of France far below. 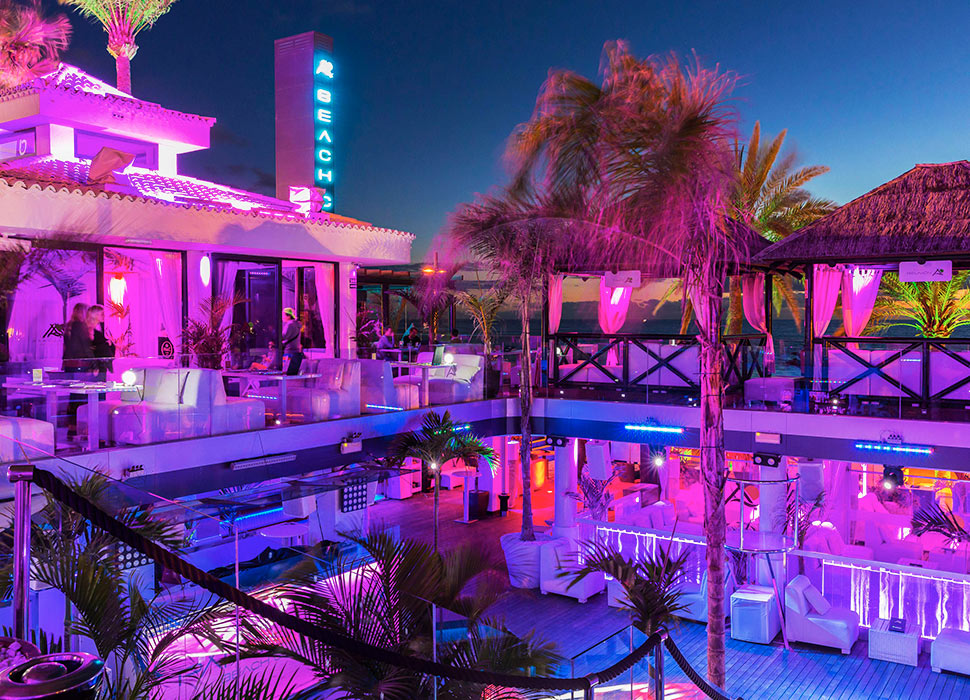 Immerse yourself in the purple haze of Papagayo / Image: Alamy

When the shutters come down at nearby Monkey Beach Club, the open-air dance floor at the centre of Papagayo is only just hotting up. Before midnight, this two-floor Playa de las Américas club runs through several life cycles, from breakfast bar to sea-view restaurant and sunset cocktail lounge. The cool white seating has all the beach club vibes that Spain’s islands are famous for; book one of the thatched cabanas on the upper storey for picture-perfect sunset ocean vistas.

Taking the maxim of uninterrupted views to the extreme, Vértigo’s minimalist rooftop bar has glass walls to create the illusion of a floating aerial platform. Sitting above the Atlantic Mirage hotel, to the west there’s a birds-eye view of Puerto de la Cruz’s black-sand volcanic beach, to the north there’s pure blue ocean and to the south there’s the indomitable cone of Tenerife’s Mount Teide. It’s a scene worth celebrating with Champagne beside the pool. 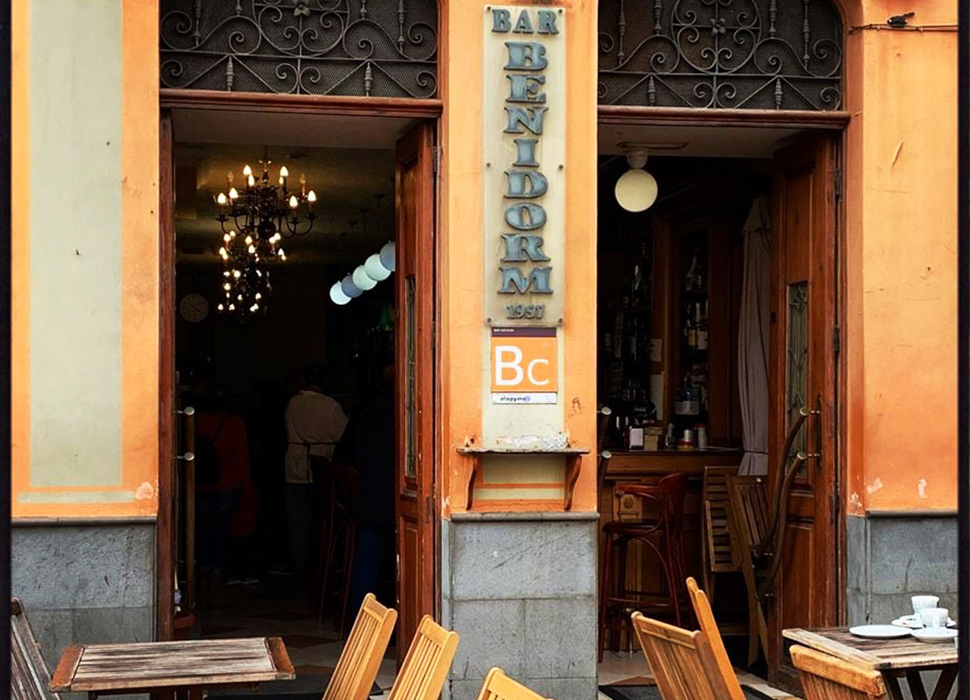 Bar Benidorm is a Canarian classic

La Laguna may not have the sea views of other cities in Tenerife, but it’s considered the island’s culture capital and the beautiful UNESCO-listed centre is full of bars with local charm. Bar Benidorm is one such place – a 1950s drinking hole with a wood-panelled interior and scattering of pavement seating. There’s nothing too fancy here, just oodles of character and satisfying bocata de jamón to soak up the cold beers.

Taking great pride in its Canarian kitchen, breezy Buenavida in Santa Cruz de Tenerife is equally passionate about its drinks menu. Creamy iced coffees, freshly muddled jars of peach mojito overflowing with mint, bold Spanish reds and Tanqueray G&Ts served in giant balloon glasses are just some of the highlights. Grab a table on the pavement terrace, in the shadow of the Iglesia de Nuestra Señora de la Concepción’s bell tower, to soak up the street vibes. 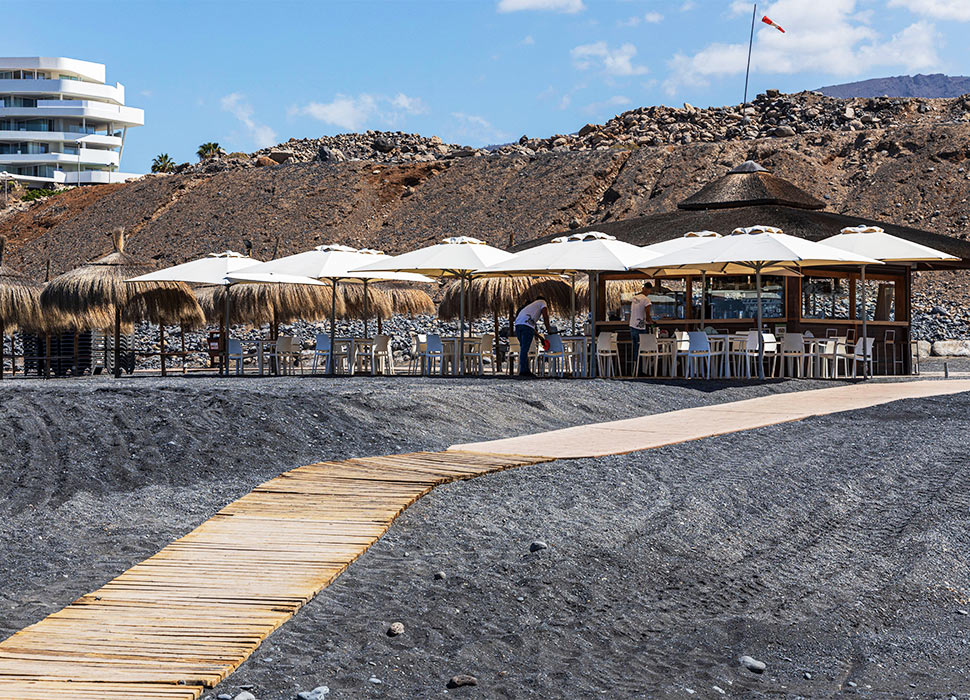 Back to black at Coqueluche Beach Bar / Image: Alamy

This rough-and-ready beach bar at Costa Adeje serves frozen daiquiris straight to your sun lounger. If you need other reasons to try Coqueluche, how about the fact that live bands play at a makeshift stage in front of the crashing surf every evening at dusk? And then there’s the simple pleasure of watching paragliders land on the beach while nursing a crisp beer. It’s a popular spot for sundowners.

Nothing screams chilled-out beach holiday more than swaying palms and toes in the sand, and that’s exactly what makes this beach club at Palm Mar near the southern tip of Tenerife so alluring. For a special day, book a day bed and settle in for live sax and jam-jar cocktails, punctuated by a posh sea-front meal and beach volleyball (obviously not one directly after the other).