We get the inside track on where the best chefs and restaurateurs around our network like to chow down. This time, meet Benn and Zoe Atkinson from Lanzarote's Cantina Teguise

Benn and Zoe Atkinson – proprietors of the much-loved Lanzarote restaurant Cantina Teguise – might be expat Brits, but their ties to the island (and eatery) go way back to the early '80s, when Benn would make annual visits with his parents.

Cantina, he explains, was their favourite restaurant – ”run by Manolo, a local character from Teguise village”. After moving to the island a decade later, Benn and his partner Zoe took over Cantina, refashioning it into a trad Canarian spot that’s also inspired by their own extensive travels. “We have an insider's and outsider's view of Lanzarote, being some of the few foreigners in traditional Teguise,” they say. 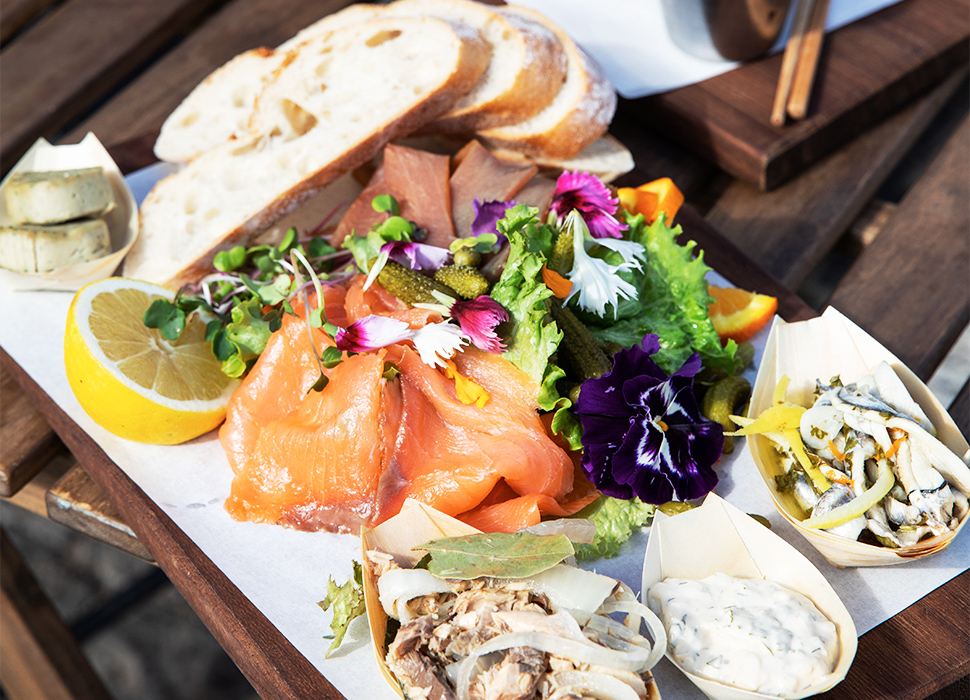 A platter of fresh titbits at Cantina Teguise

Cantina’s philosophy is “local produce, championing our farmers and fishermen”, the couple says. “We generally have an authentic Moroccan tagine on the menu, a local fresh line-caught fish, an 'iberico de bellota’ acorn-fed pork steak plus a few dishes using only island-grown vegetables.”

They also put their carpentry and restoration skills to work, creating a “reclaimed and homemade” aesthetic of handcrafted furniture and antiques salvaged from houses they’d conserved over the years. Factor in a soundtrack of modern soul and Ethiopian jazz, and you’ve got one of the finest rustic-chic spots on this alluringly barren rock.

Here, Benn and Zoe dish up the goods on their favourite places to eat and drink in the area. 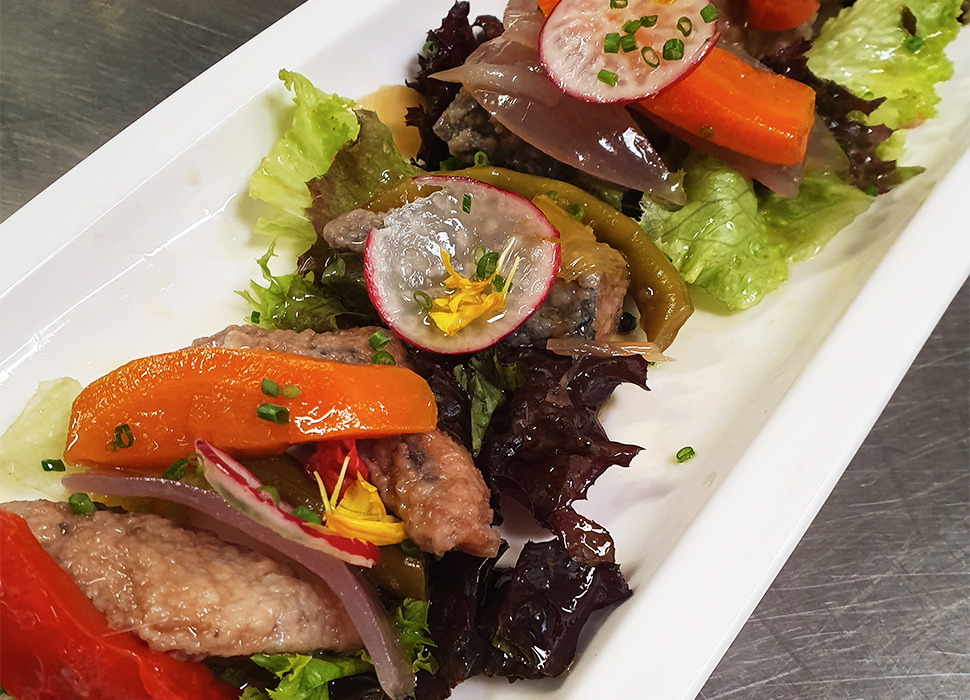 el Tenique, Avenue Guanarteme, 100, 35558 Tiagua: “This is our local go-to restaurant for amazing quality grilled meats. It attracts almost exclusively local diners, it’s two minutes from our house and right opposite our Tiagua81 rural hotel. They offer a lovely welcome with Malvasia wine and cheese. Make sure to try the roast chicken, chuleton de cebon or local goat dish.” 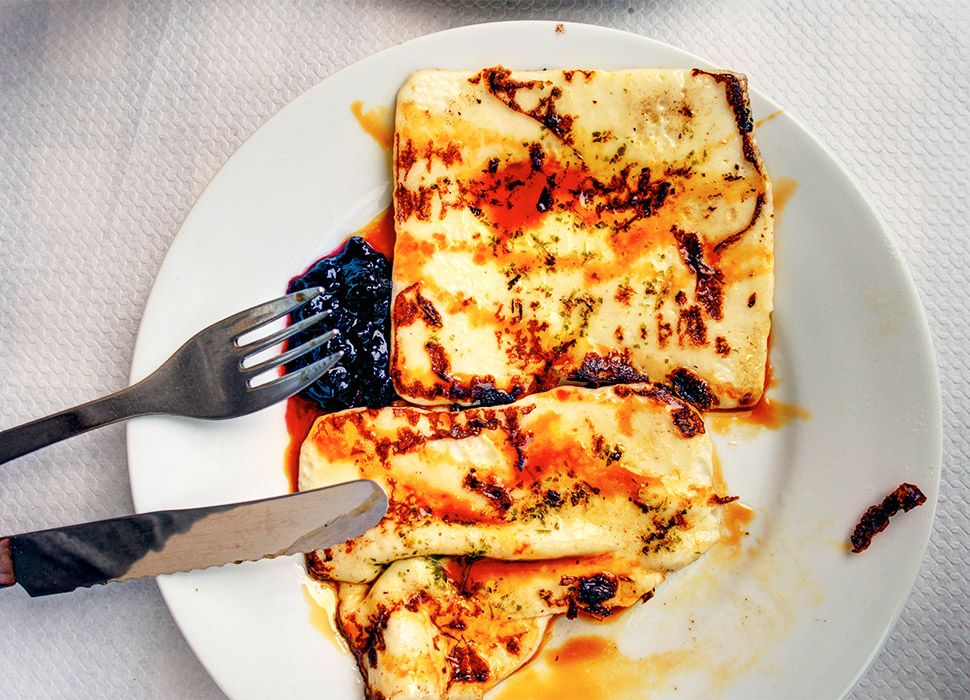 Teleclub de Tao, 35561 Tao: "This is probably the best ‘sociedad’ (a working man’s club-ish.... every village has one so they’re a big part of local culture) on the island, full of local old boys playing cards or timple guitars, with great food and very reasonable pricing. Order the grilled and smoked goat's cheese with mojo rojo and ask if you can play petanca (boule), which is normally free to use.”

Charco Vivo, Calle Juan de Quesada, 9, 35500 Arrecife: "This is a local institution for super-quick service and bustling vibe. It’s definitely not fine dining, but César Manrique was born in this building, and all the locals go here for a fast bite or hangover cure. Order a fish sandwich or ‘matrimonio’ (fish, calamari, chips and coleslaw’) and fresh orange juice.” 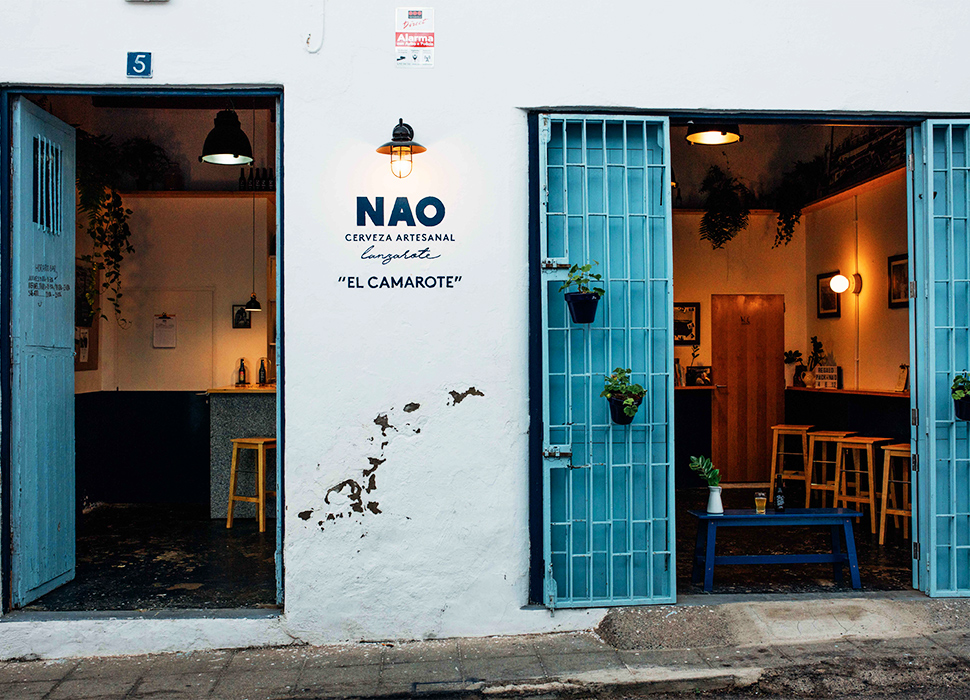 NAO is one of the Canaries' eminent brew bars

Malpeis (laza de San Roque, nº 3, 35560 Tinaj) and NAO (Calle Foque, 5, 35500 Arrecife): “These are the two local craft brew pubs. They're all about the beer but each serve simple iberico dishes or local cheese boards or smoked fish. There are great vibes in both these places – we couldn’t choose which we prefer!”