7 cute birds and where to spot them on Lanzarote

Lanzarote is famous for its im-peck-able array of glorious birdlife. Here’s our pick of its finest feathered friends. They’re well worth taking a flight for…

Birds not your bag? How about colossal cetaceans in Arctic waters? We've got them too, with our spotter's guide to the best whale watching in Iceland.

And once you've got a taste for fabulous fauna, here's where to spot turtles and other wildlife on Corfu. 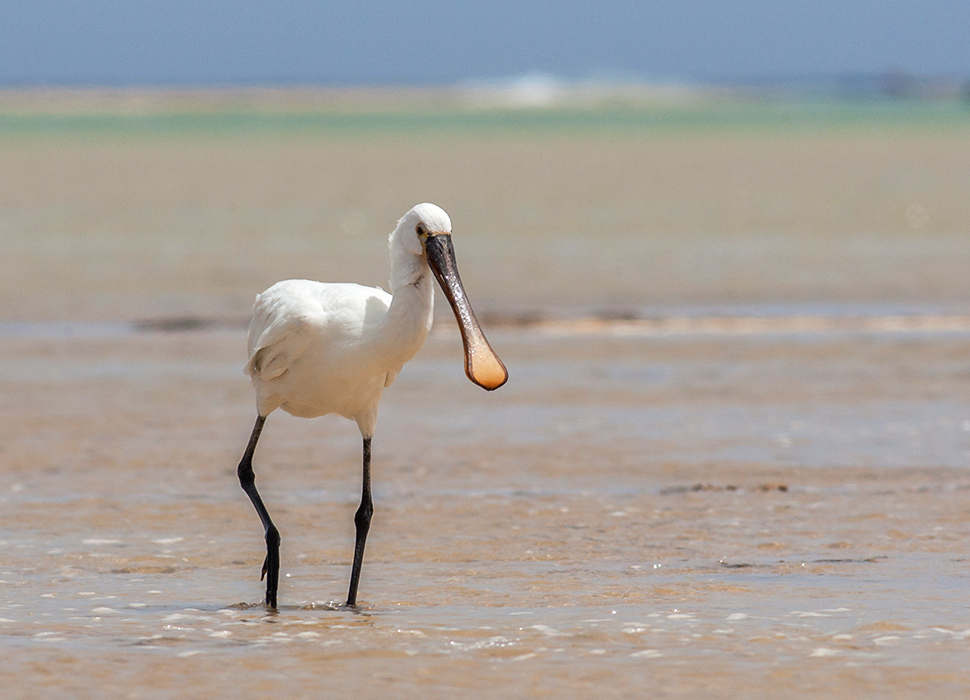 You’ll lap up your first encounter with this clownish, cutlery-faced wader. It loves to winter on Lanzarote, especially up in the northeast where the shallow tidal seas around the Órzola Coast create optimal feeding conditions. Spoonbills are meek little critters and keep themselves to themselves, but are pretty woke in terms of their equal co-parenting philosophy and adorable commitment to monogamy. 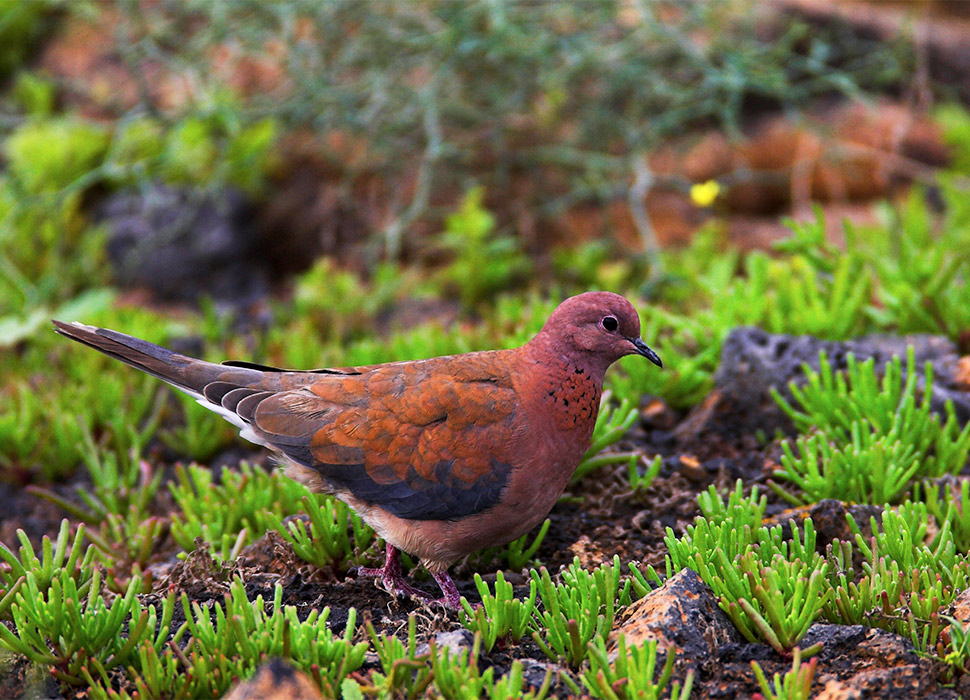 Yuk it up with these droll doves / Image: Alamy

This svelte member of the pigeon family can’t help but raise a smile with its jerky head movements and cheerful gingery-pink livery. They love nothing more than scoffing seeds and titchy invertebrates – beetles are a particular favourite. Look out for them in Lanzarote’s many lush gardens, particularly Haría and Guatiza in the north. You’re probably wondering about the name, which derives from their irresistibly infectious ‘croo-doo-DOO-doo-doo’ chuckle. Maybe you have to be there. 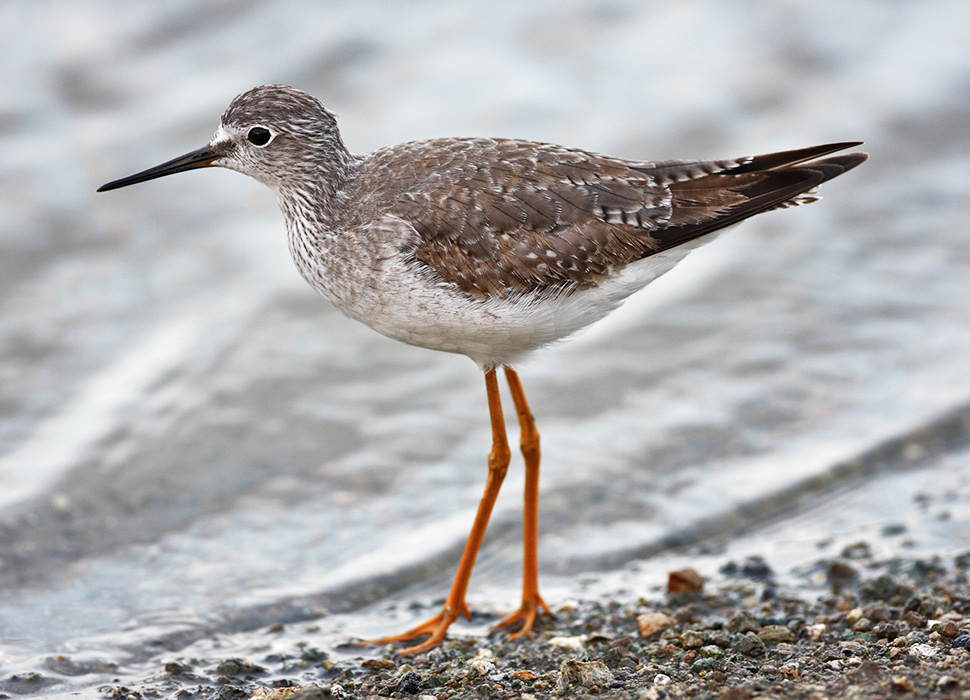 There's nothing 'lesser' about these lithe flyers / Image: Adobe Stock

Get a load of the jaunty pins on this dinky avian customer, who just loves guzzling up rich pickings of small fish and hapless crustaceans which get inadvertently caught up in the working salt pans of Los Cocoteros. They’re famous for their very vocal nature – biologist William Rowan, renowned for his work on bird migrations, once griped that the Lesser Yellowlegs act 'as though the safety of the entire universe depended on the amount of noise they made'. 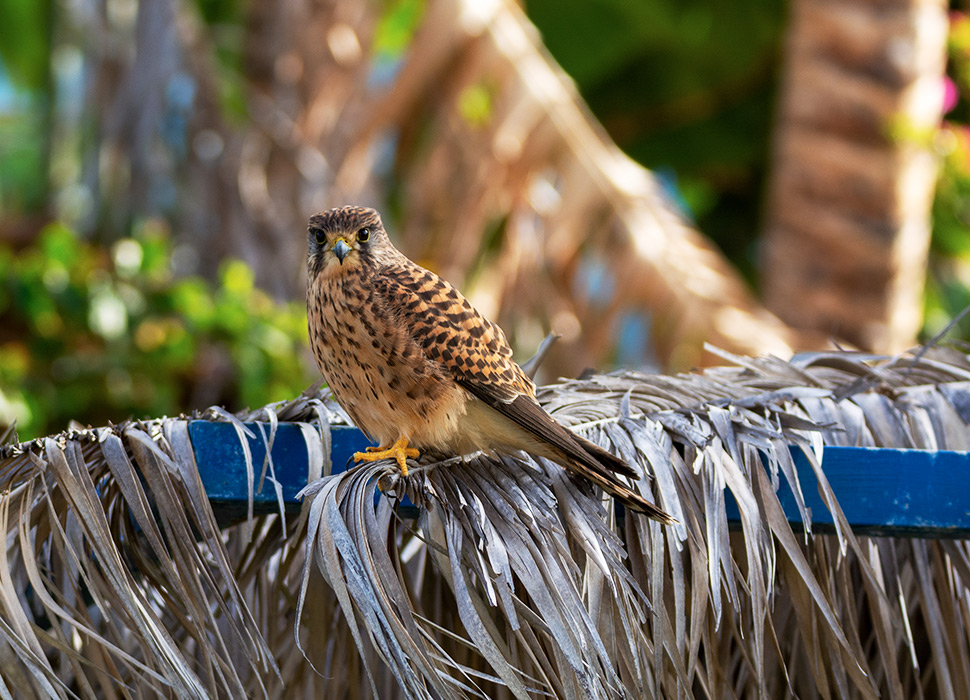 This nifty, bug-eyed predator is basically a more compact take on its famous cousin the peregrine falcon, and mostly hangs out in Africa and the Middle East, except for a couple of outposts on the Canary Islands. It loves a lofty vantage point, laying its precious eggs on cliff faces and swooping down on luckless smaller birds for its supper. Listen out for its arresting ‘rek-rek-rek’ call in and around the dramatic Famara Cliffs on the north of Lanzarote. 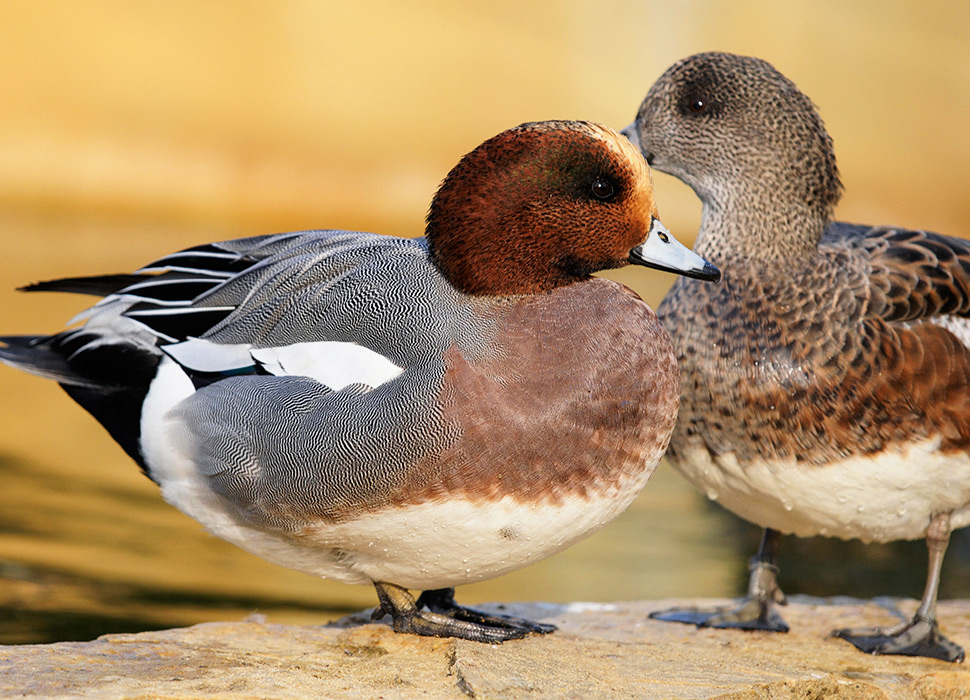 The humble common dabbling duck was described by no less than Carl Linnaeus in his seminal Systema Naturae. Linnaeus was the geezer who first decided we should give all living things two Latin names – thus the wigeon became Anas penelope, a hifalutin reference to Homer’s faithful missus in ancient Greek legend. Listen out for its noisily comic ‘pjiew’ and spot the white-crowned chestnut head of the male on still bodies of water like at Tías golf course. 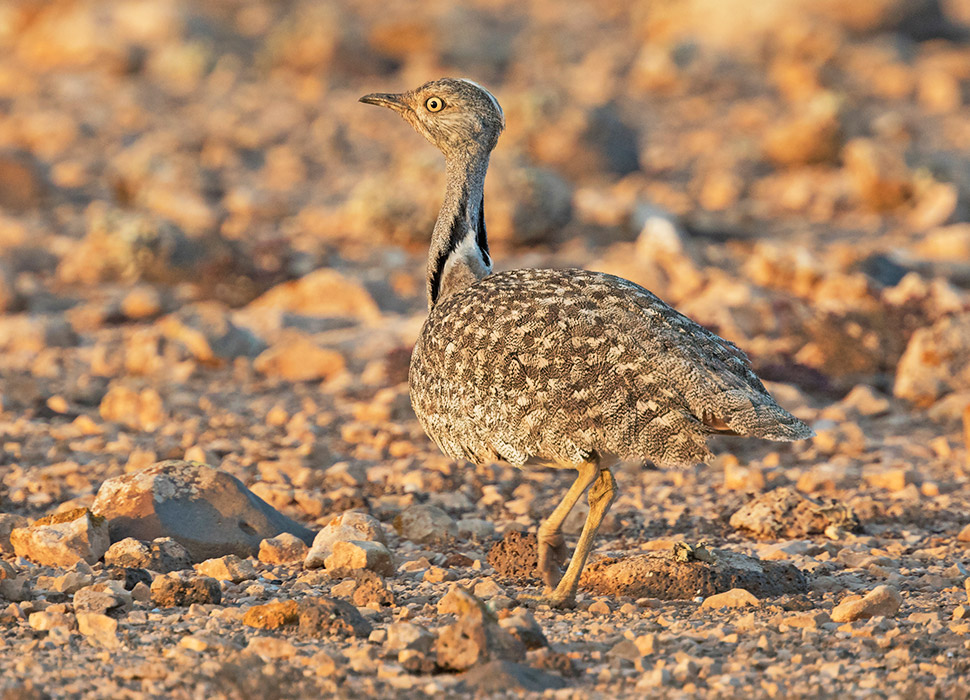 Don't get busted spying on the Houbara bustard – they'll bolt if they see you / Image: Adobe Stock

Rocking the unfortunate Latin designation Chlamydotis undulata, this North African desert-hued species can be hard to spot, which is probably just as well as they’re considered a threatened species. For your best chance of a sighting head for barren, dramatic Famara Plains and lie low, as the houbara is very skittish and inclined to bolt at the first sign of people. 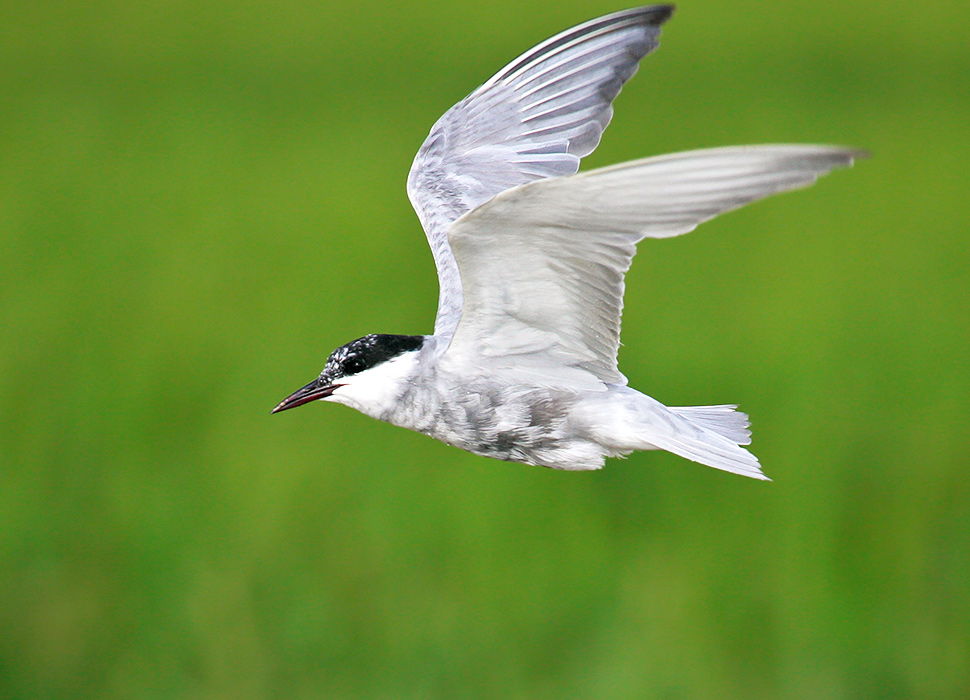 Keep your eyes peeled for the tasteful pale-pastel-grey plumage and a smart squared-off tail on this sleek coastal flyer, which is frequently spotted at the reef by the imposing beachfront fortress of Castillo de San Gabriel. A clue to its presence is a harsh ‘kr-kr-kr-kr-' scratchy call – soon after hearing it you’ll see its slender form appear, dagger-shaped beak and all. When they’re breeding, the males sprout a stylish black cap. Which apparently, if you’re a female, is a massive tern on.