The best hikes on Lanzarote

The best way to experience Lanzarote’s unique and occasionally bonkers terrain is on foot. Here’s our pick of the rockin'-est rambles 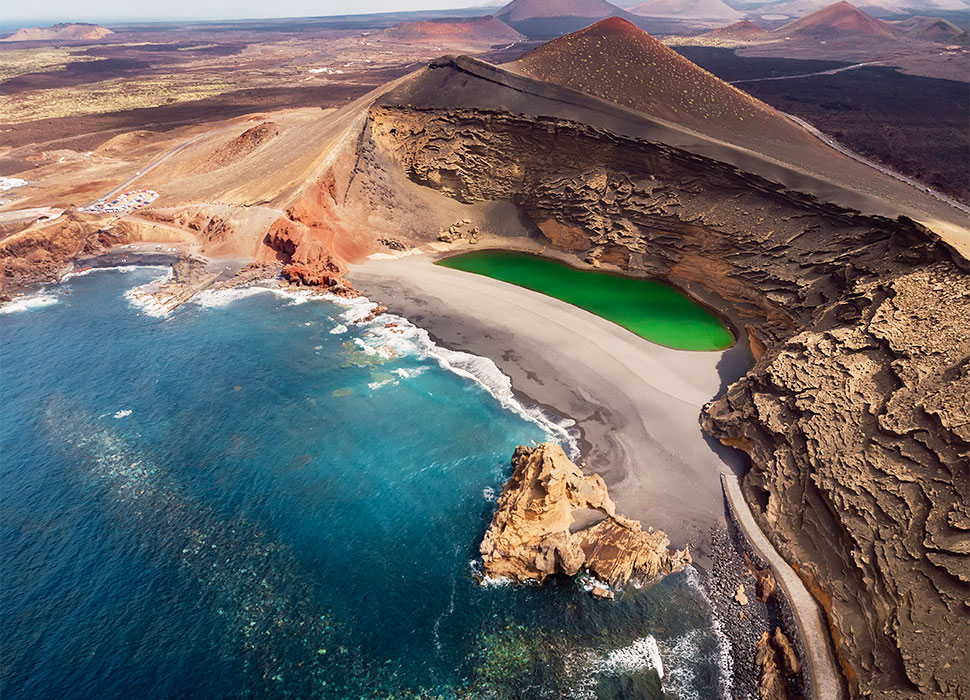 El Golfo, a diddy little fishing settlement on the west coast of the island, is worth a nose around in itself – Penélope Cruz, no less, shot some of stylish Pedro Almodóvar flick Broken Embraces here. But really it’s all about this 10km or so round trip along the well-signed, bubble-studded lava flows to Charco de los Clicos, an eye-catching lagoon that’s a lurid popping green colour thanks to its distinctive algae population. Set against the moody black-sand backdrop, it’s all very cinematic. 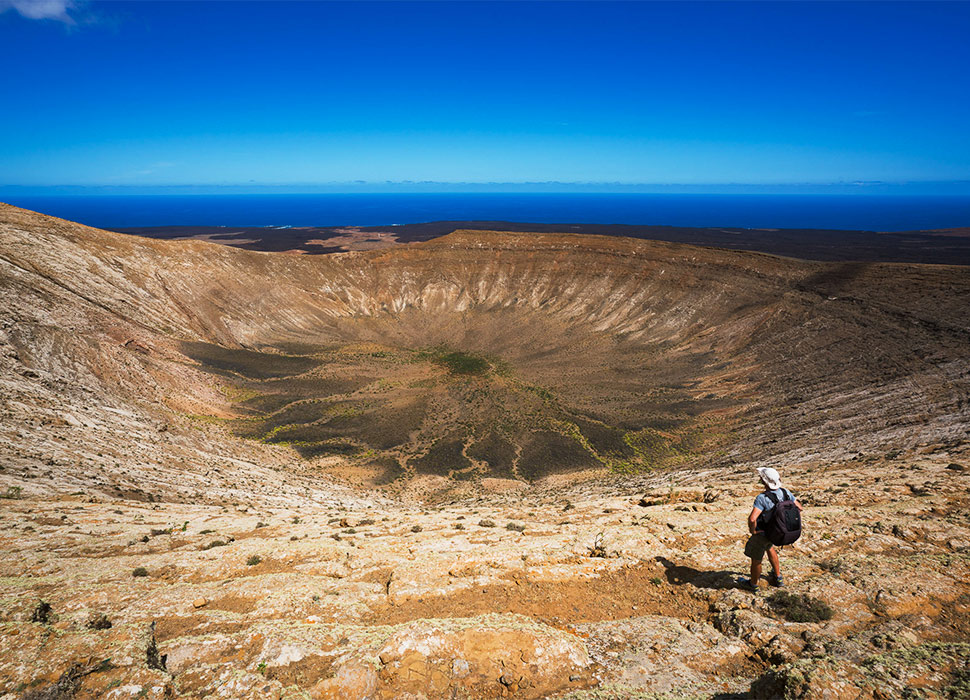 Make your way to the village of Mancha Blanca and look out for directions saying ‘Camino al Cráter’, which literally means ‘path to crater’. The 2.5km way is rocky and uneven but well signposted with helpful English and Spanish guides to the local geology. When you reach the big crater you can do a big loop, or scoot down the side at one of the little paths, marked out with rock piles. Or if you’re tired there’s a smaller crater called Montaña Caldereta halfway along the pathway – note the humidity inside, which made it a hotspot for agriculture back in the day. 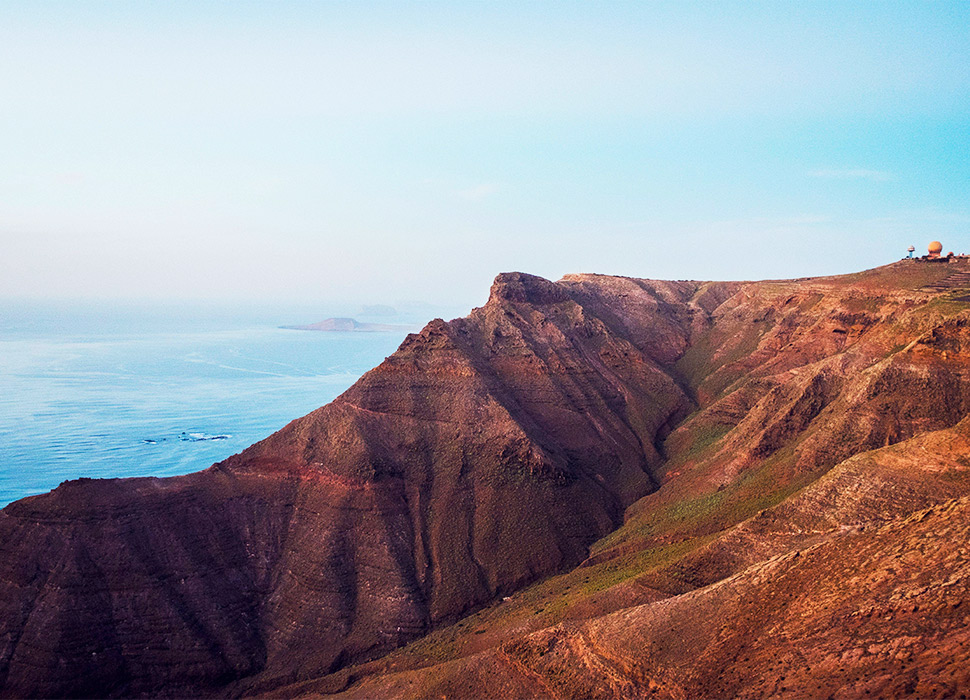 Take in the entire island from its loftiest point / Image: Alamy

The highest point on Lanzarote, at 671m above sea level, is not for the faint-hearted. But if you’re feeling robust and you’re carrying plenty of food and water the 8.2km signposted round trip up to Peñas Del Chache from pretty Famara beach is a revelation. Lanzarote revels in its reputation for rocky lunar weirdness, but up here during spring and winter the grass all around is thick and lush and studded with wildflowers. And the view from the crazy windy summit will blow you away.

Los Ajaches is a big, dramatic volcanic rock formation in the southwest of Lanzarote. Start your adventure in the village of Fermés, cross the main road (can’t miss it) and head up unpaved El Filo street. Pass the farm to the right and you should see the zigzag path to the summit. Look out for remnants of former residents – shepherd's caves and the like – on your jaunt, plus majestic birds of prey and knockout views at the very top. It's a steep 6km amble, but oh-so rewarding. 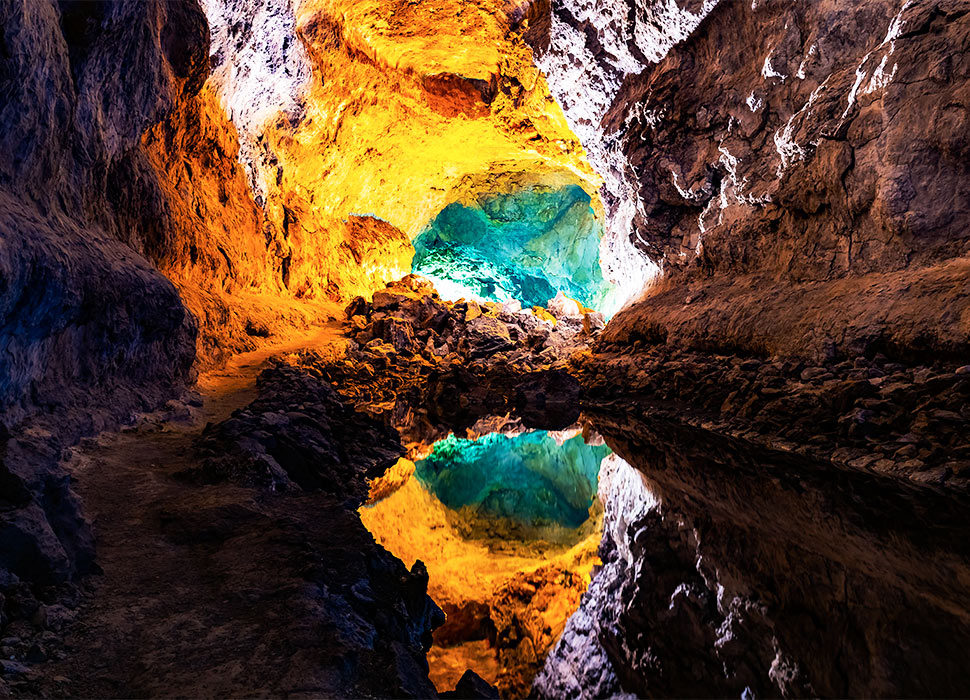 Boasting the unusual perk, for a hiking trail, of being pretty much all-weather, the underground Cueva de los Verdes is quite the trip. It's fully 6km long from end to end, but the lava tunnel that’s accessible for hiking is a more modest 2km, making it ideal for walkers with kids in tow. Created by the eruption of Volcán de la Corona some 3,000 years ago, it was transformed by visionary Fuerteventura artist Jesús Soto into a beguiling grotto of colour and shadow sure to delight even the most reluctant rambler. Find it to the north west of the LZ-1 north of Punta Mujeres, at the same junction as Jameos del Agua. 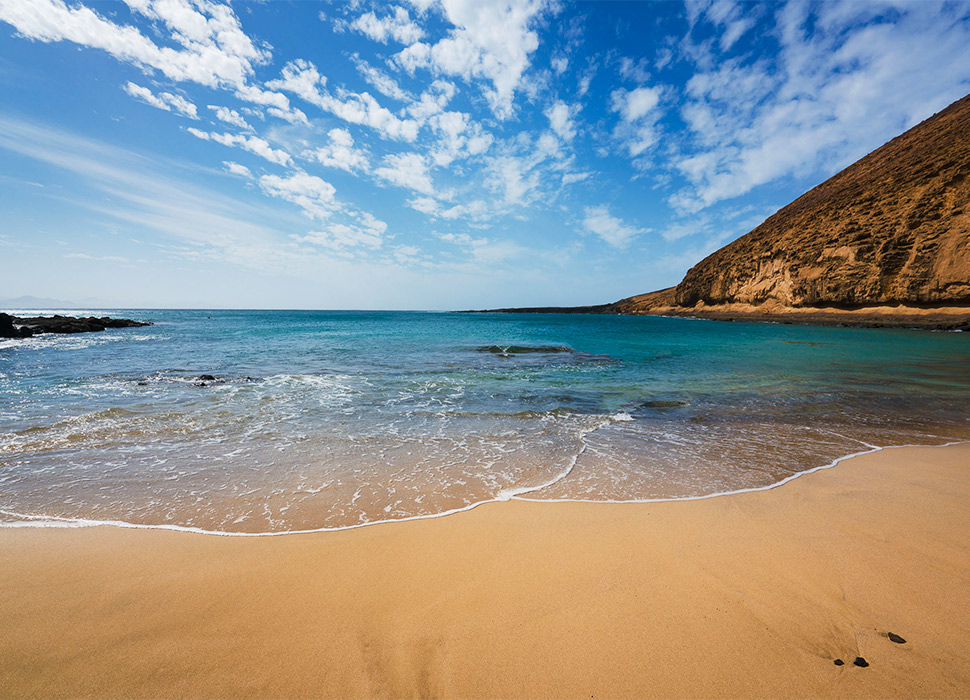 Beatific beach or mountaintop – it's your call / Image: © Turismo Lanzarote

Committed hikers won’t mind the short ferry hop (every 30 minutes from Órzola) over to Lanzarote’s dinky sister island of La Graciosa. If you’ve only got an afternoon to spare, the gentle 6km jaunt west along the coast from the docks – past the broad sweep of Bahía del Salado and across Playa de La Francesa’s crystal-clear waters – is properly picturesque. At the end you can slog up Montaña Amarilla, or take it easy on Playa de La Cocina, a little slice of turquoise heaven in its own peaceful protected cove. 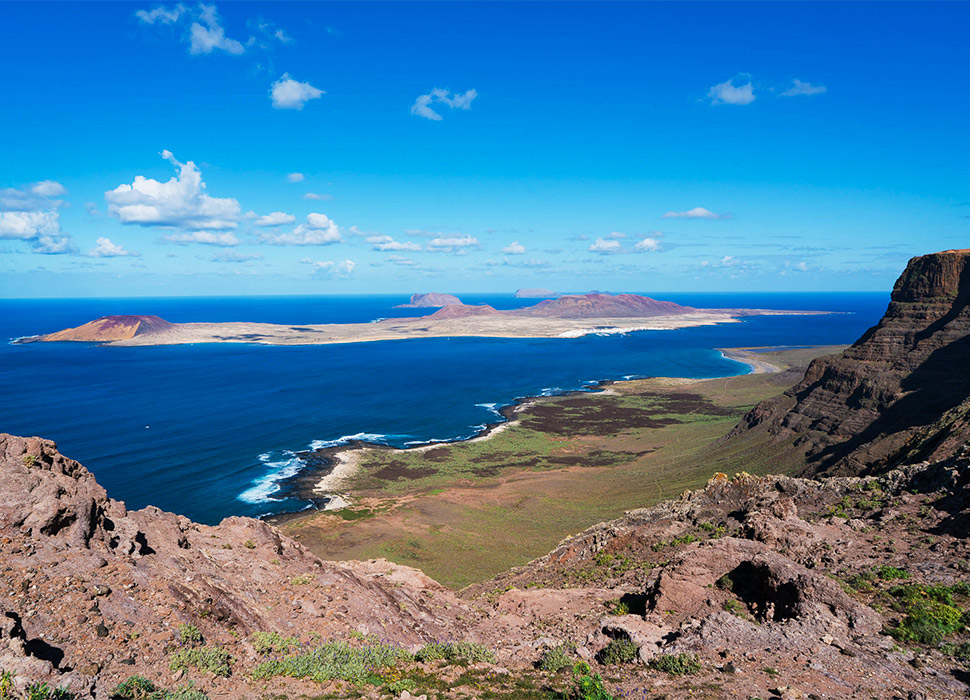 You probably don’t associate rocky, extraterrestrial-looking Lanzarote with dense foliage. Well set yourself straight on this eye-opening 8km course, which starts on the Calle Rincón de Aganada near the César Manrique museum in the pretty, whitewashed town of Haría. Pass the ruined house, then the low wall on your left and the overgrown stone circle (also to your left). Gingerly approach the cliffside and follow it to the viewpoint El Bosquecillo, which is surrounded by shrubbery and the most amazing view down to Famara. Take a pause to enjoy the picnic you most definitely should have brought along with you.

The best restaurants in Lanzarote

7 cute birds and where to spot them on Lanzarote