Sun, sea and solitude: we take a trip to the secret Canary Island of La Graciosa

Located just off the coast of Lanzarote, La Graciosa is the newest – and tiniest – member of Spain's Atlantic archipelago. We flew in to discover what adventures it holds

Daniel shouts, “Are you ready?” and jams his Land Rover into gear. I’ve barely registered his words before we’re off, wheels spinning, our 4X4 blazing a dusty trail along the sandy, sun-scorched track. “Welcome to La Graciosa,” he says, eyes twinkling behind his Ray-Bans. “Our little secret.”

Secret is right. I’ve pack-rafted through empty lakes, clambered down canyons and surfed giant waves, but nothing has ever felt so thrilling, so undiscovered, so remote. Before me, towering mounds of red rock – millions of years of volcanic eruptions – stretch into a cyan sky. At their feet, tumbling turquoise waves pound against pitch-black rocks, which give way to the softest honey sand. I look around. There’s not a single soul in sight. This is all mine.

Feeling footloose back on Lanzarote's mainland? Then check out our lists of the Best Things to do in Lanzarote and 5 Unreal Landscapes to visit on Lanzarote. 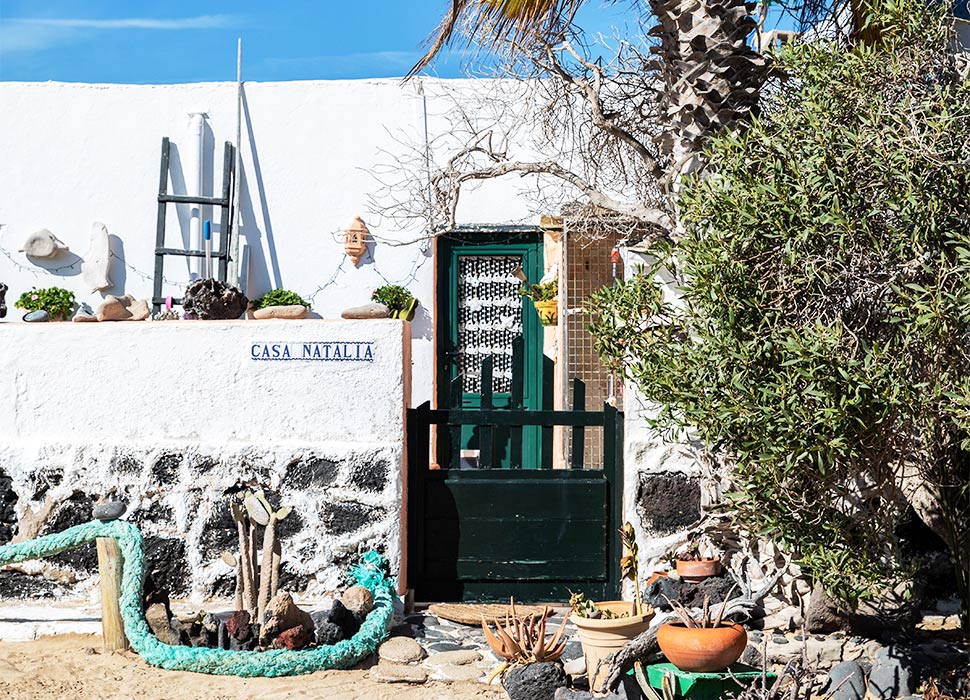 For centuries La Graciosa was left to its own devices, to be nothing more than a spot in the Atlantic Ocean. But the fortunes of this tiny, sun-baked island – just off the north-east coast of Lanzarote, in the Chinijo Archipelago – may be about to change. Only last year, the 29km2 spot – comprising 600 residents, seven beaches, four volcanoes and a handful of sugarcube houses dotted around a web of sandy tracks – officially became one of the Canary Islands. And, although neighbouring big brother Lanzarote serves up all the comfortable necessities of a classic winter-sun destination, La Graciosa is rustic, relaxed and refreshingly untamed – the perfect setting for a carefree micro-adventure on an incredible, nearly car-free little island. 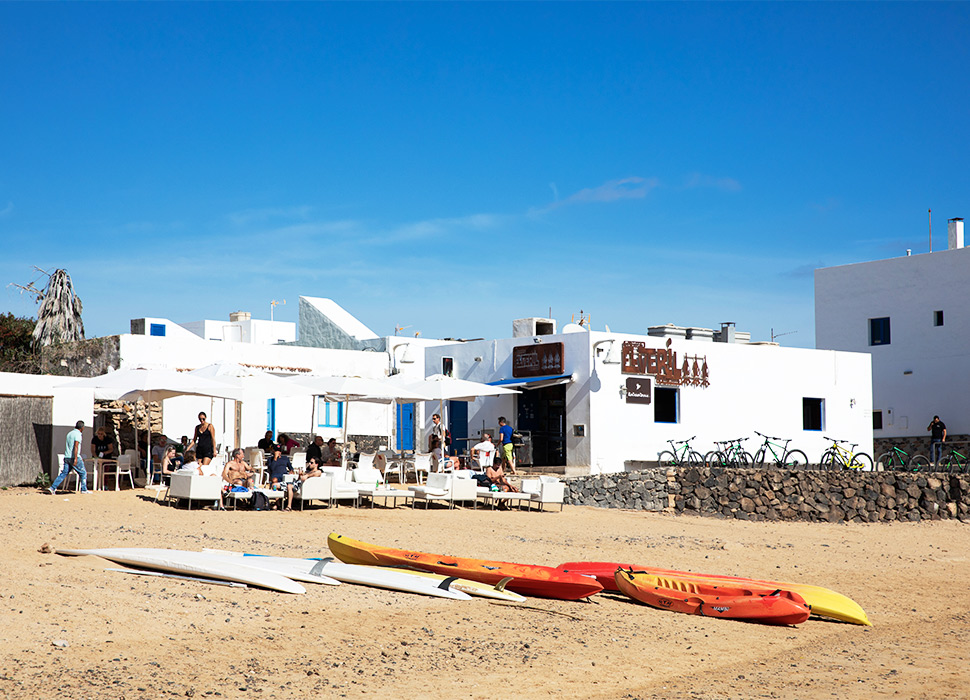 Mine starts in the village of Caleta del Sebo, where I and a handful of daytrippers skip off the 30-minute ferry from Lanzarote. Some people choose to explore by bicycle, but I opt for the high-octane option of Daniel’s Land Rover. I clamber in and soon he’s distributing facts as we speed past the ‘sites’. “Fifty children go there,” he says, pointing to the island’s school. “Our solar panels used to be there.” He signals towards a bare patch of land. “Being a Canary Island will help make our services better,” he adds with a grin, “although we haven’t noticed much yet.”

The islanders may be excited for change, but I’m very happy with what I see. We pass the virtually abandoned hamlet of Pedro Barba, which was once the island’s main fishing hub. Today it’s home to a peaceful cove and a clutch of white holiday homes, and is so remote that services – including ‘luxurious’ flushing loos – are virtually nonexistent. It’s worth it: visitors are rewarded with fluoro-pink bougainvillea, giant cacti and red hot pokers (relax, it’s the local plant) practically to themselves.

Along the north of the island is the wild beach of Lambra. We pass a group of cyclists wading their mountain bikes through the sand before arriving at the foot of the Montaña Bermeja volcano. The island is a walker’s paradise, so I hop out and hit the footpath. Round the first corner Playa de las Conchas is revealed: a knockout combination of soft sand, tumbling waves the colour of blue curaçao and a cool, herb-scented breeze. It’s a desert-island dream. 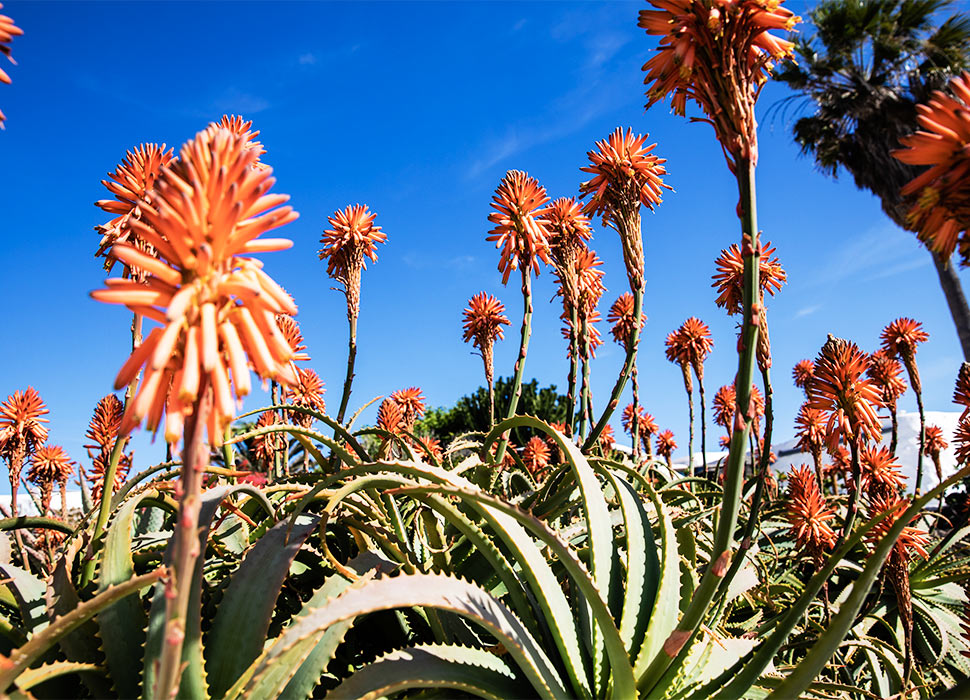 A display of red hot pokers

It’s a steep but short ascent to the top of the 152m-high Bermeja, but worth it for the best views of the island. However, I’m a beach junkie, so I ask if our next stop can be Playa de Cocina. On one side, it’s a little-known surf break, on the other, a small discreet bay without a footprint in sight – save from the birds which strut across the sand. I perch on a rock while Montaña Amarilla – Graciosa’s most southerly volcano – looms over me, its sulphurous slopes a combination of deep mustard yellow and mauve, like a gigantic heap of honeycomb topped with a milk-chocolate mousse. 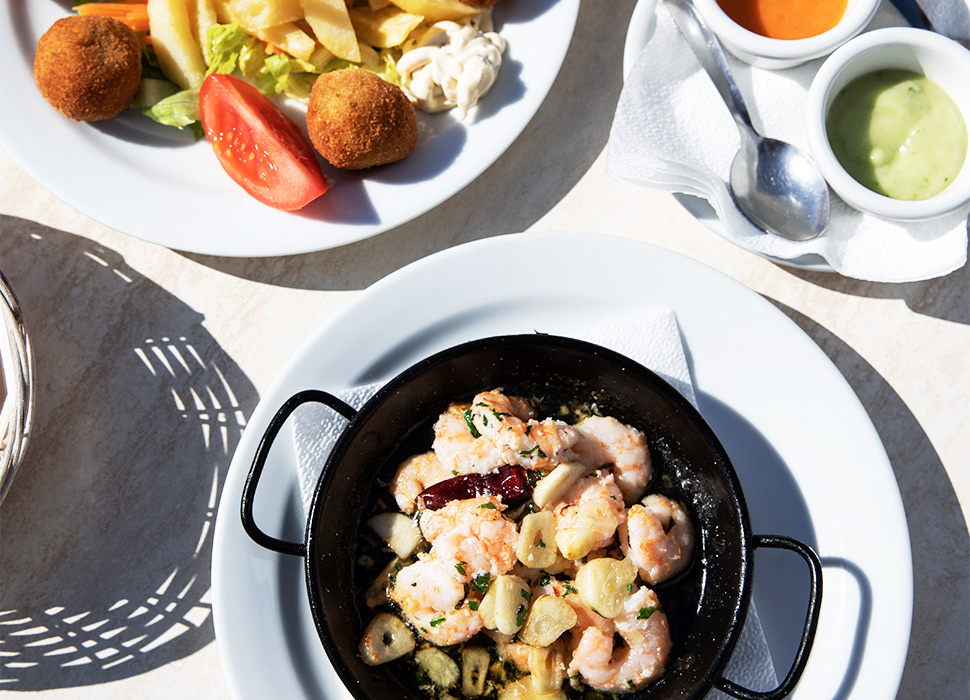 Back in Caleta del Sebo, the sandy roads, retro streetlamps and low-slung houses make me feel as if I’ve been dropped into a Western movie. I sip a local version of café con leche – a heady mix of condensed milk, coffee, Licor 43, cinnamon and lemon zest – along with a platter of fried cheese served with fig jam. Later, at Casa Chano, I feast on the fish of the day, plated up with garlicky green sauce, the wrinkly local potatoes and a dollop of aloof service. “What do you want?” the waiter asks me in the endearingly nonchalant manner of someone who isn’t used to the tourist throngs of other Canary islands. I’ll take it. 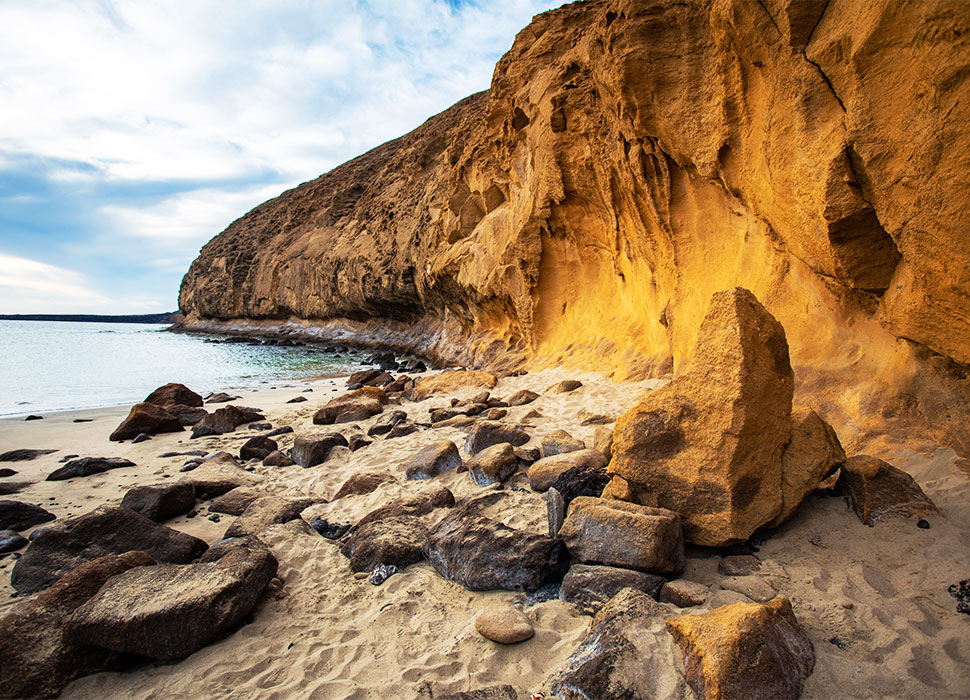 That night I get to experience what really makes La Graciosa so memorable. While most visitors head in and out in a day, the sheltered beach of Playa del Salado makes the perfect camping spot. Here, tucked into the dunes, is my tent. Its view: a star-studded sky. People, lights and noise feel like a distant memory. I revel in a silence that seems near impossible to find anywhere else. It’s just the adventure I need.

Trips to Graciosa can be arranged at adventureholidayslanzarote.com or facebook.com/Graciosa-Rent-A-Tent