La Gomera: what to do and see on this lesser-visited Canary Island

Sure, everyone loves Lanzarote, Tenerife and Gran Canaria. La Gomera? Not so much. But there's much to tempt travellers to this dreamy, dinky gem of a getaway in the Canary Islands

Admit it: you’ve probably never heard of La Gomera. Although stargazing experiences in Tenerife and the sun-baked sands of Lanzarote get us all giddy, we seem to have forgotten about the second smallest Canary Island.

What’s it got going for it? Plenty, as it happens. The entire isle is a designated biosphere reserve, with a landscape criss-crossed with deep ravines and misty forests, sleepy mountain villages and ribbon-thin roads leading to deserted volcanic beaches. Then there’s the Unesco-protected national parks, the island’s own bonkers whistling language and 500-year-old vineyards that produce excellent local wines. Heck, if you need more reasons than those to give La Gomera a spin – well, we’ve got lots right here.

To reach La Gomera, take an easyJet flight to Tenerife. From there, you can take a short flight with Binter from Tenerife North Airport to Alajeró (around 30 minutes) or a boat from Puerto de Los Cristianos to Puerto de San Sebastián de La Gomera (around 50 minutes).

And as Tenerife is your leaping-off point, you'll want to know all about the best things to do in Tenerife and the best restaurants in Tenerife, won't you? 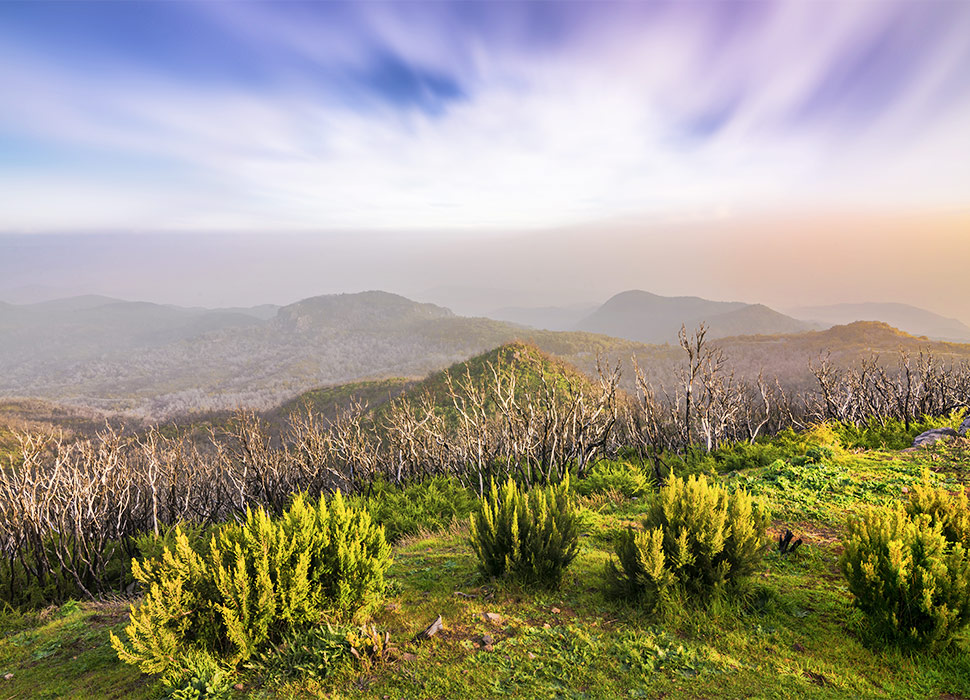 Taking in this compact isle from the key peak of Alto de Garajonay / Image: Adobe Stock

Over 600km of trails zigzag across La Gomera, taking in viewpoints including the highest peak, Alto de Garajonay (hitting 1,487m). It’s a volcanic island, but the bubbling hotpots have been inactive for 7 million years, so walk those craggy crater rims until you’re dizzy. The Gran Ruta Circular is a spectacular 16km route, snaking through Garajonay National Park into gnarled laurel forests and past wild waterfalls. The Valle Gran Rey canyon, meanwhile, runs along the west coast’s white cliffs above black sandy beaches, offering myriad fine routes to amble. 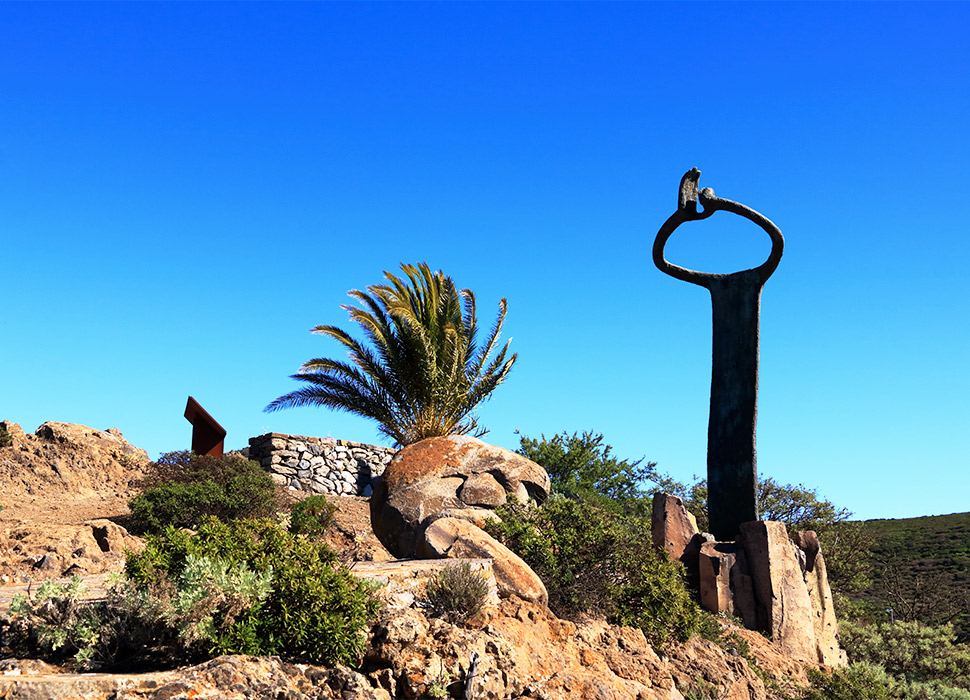 A monument to the sonorous whistling language of Silbo / Image: Adobe Stock

Silbo is the ‘whistling’ language of La Gomera, developed by islanders as a form of communication across deep valleys. Chirpy and melodic like birdsong, it encompasses 4,000 ‘words’ that can be heard up to 5km away. The ancient language went into decline in the 1980s but in 2009 it was given a Unesco stamp of approval and has since had a local revival: schoolchildren now learn it to keep it alive for future generations. 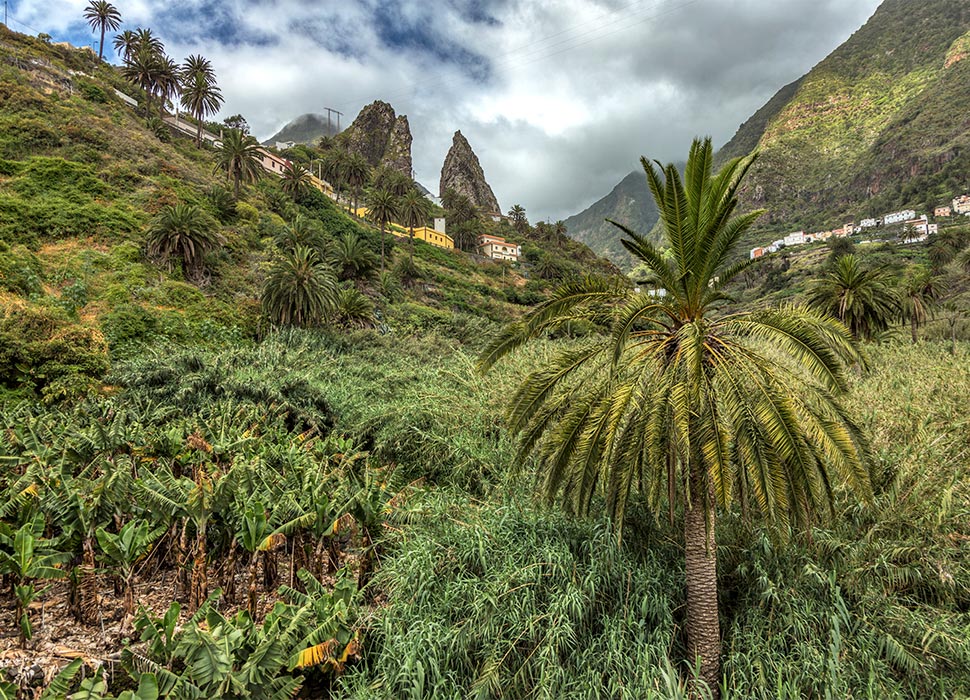 La Gomera produces 30,000 litres of wine every year (who knew?) and 90 percent of it comes from the homegrown, white forastera gomera (or blanca) grape. The island’s rich volcanic soil and abundant sunshine offer superb winemaking conditions, and local growers have overcome steep valley sides by building terraced vineyards between 600 and 1,500 metres above sea level. Bodegas abound in areas like Vallehermoso in the north and Hermigua to the east – but you can enjoy a glass at any restaurant on the island. 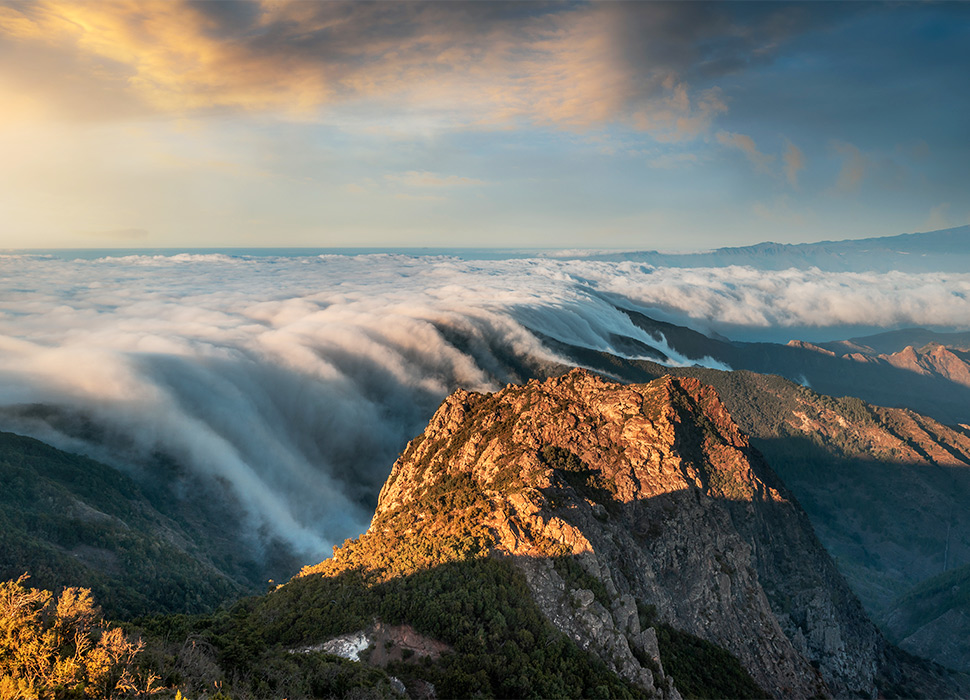 The island’s lofty highlight is Garajonay National Park, which has been protected with Unesco World Heritage Status since 1986. It’s shrouded in a permanent subtropical fog and is home to springs, streams, a wide variety of flora and fauna, and the bulbous Roque de Agando – the island’s most recognisable natural monument. The park’s name is derived from ‘Gara and Jonay’ – a pair of mythical star-crossed lovers and a sort of Guanche version of Romeo and Juliet. The second largest natural park is Parque Natural Majona covering 1,757 hectares on the east coast. That one, alas, doesn't have any doomed romantics as a backstory, soz.

5. Join locals in the 'shepherd's leap' 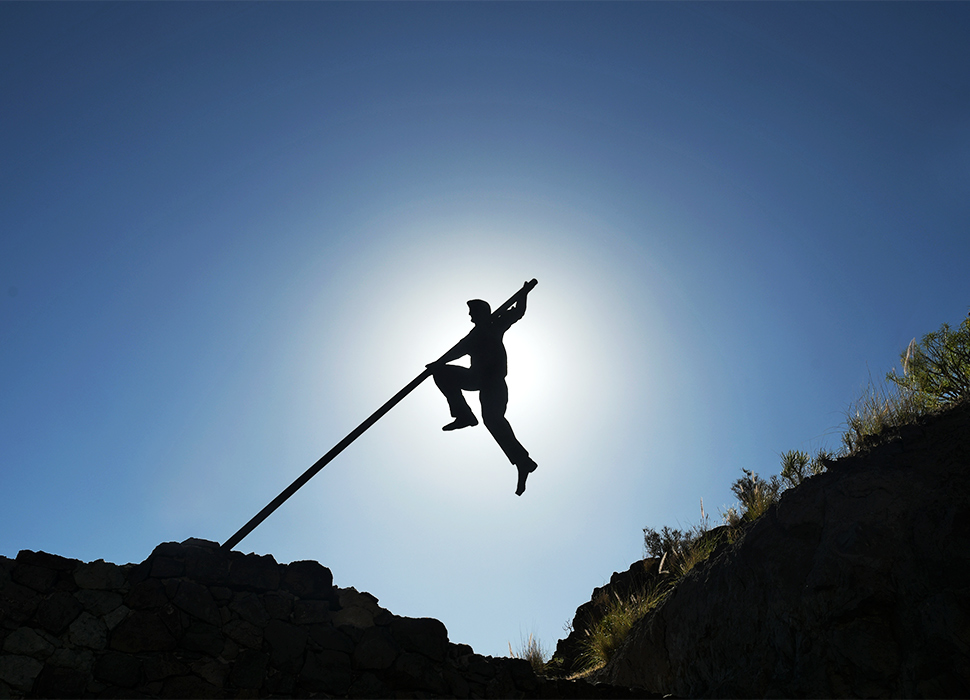 This vault is known locally as the 'salto del pastor' / Image: Adobe Stock

The shepherd’s leap (known locally as the salto del pastor) takes island eccentricity to a new level. Watch out for locals carrying long wooden sticks (or astias) up the mountainsides. It’s likely they’ll be out to practise this ancient pole-vaulting technique, originally fostered by nimble shepherds to keep up with their herd on steep valleys. Now it’s a folk sport performed across the Canaries. How do you do it? Plant the stick in the ground, and with a push hurl yourself forward downhill or across a ravine, landing on your feet. Easy peasy. 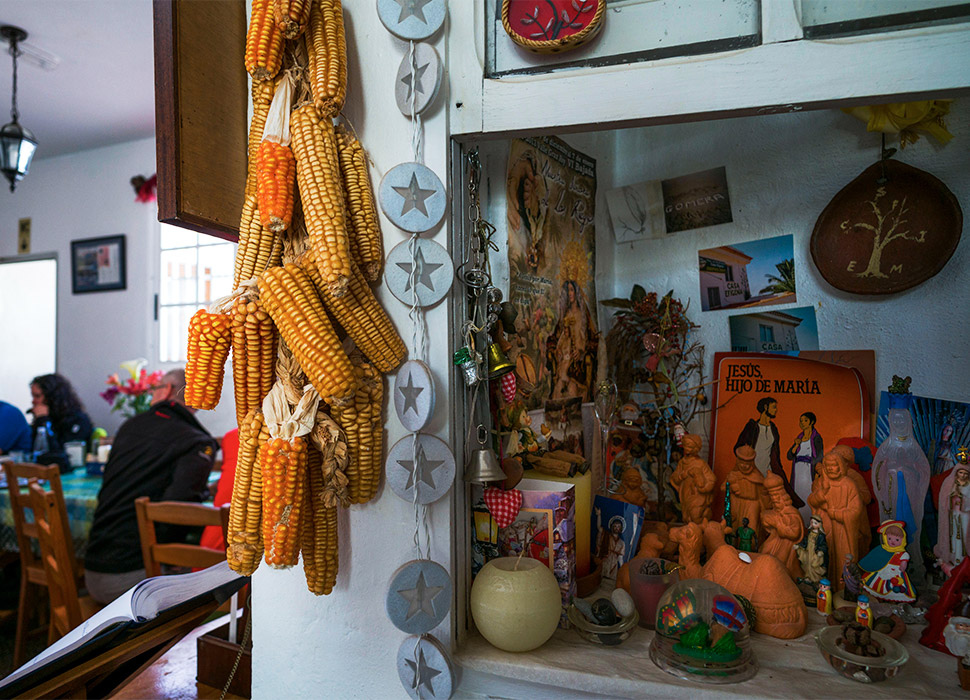 Casa Efigenia is a kick-ass vegetarian restaurant and local institution that you’ll find on Garajonay National Park's southern border. The owner, Efigenia, opened up her house to cook for local road engineers in 1960, and the communal tables and set family-style menu haven't changed since. Try puchero gofio (a veg-based stew with Canarian grain flour), almogrote (a cheesy paste that’s native to La Gomera) and her almond flan. After those, stock up on Efigenia’s own-label wine, potent orange liqueur and marmalade from her shop, and lay your head at her cosy B&B upstairs.

7. Kick back on the island’s black beaches 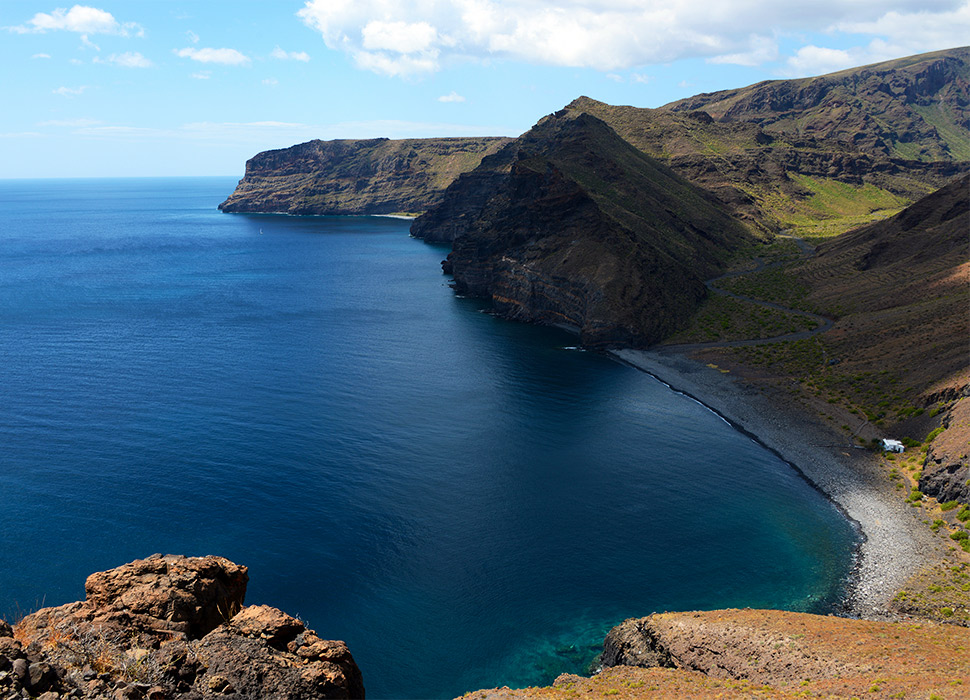 The Canary Islands can boast 64 Blue Flag beaches – and three of those are along La Gomera’s 90km coastline, in Alajeró (Santiago beach) and San Sebastian (those at La Cueva and San Sebastian). Away from such designated delights, the island has plenty of secluded bays and empty waters, perfect for restful beach days. Head to Playa de Vueltas in the southwest for decent swimming and gargantuan, vertical cliffs; then set up the coast a little to the hippie resort of Valle Gran Rey (and beaches like El Charco del Conde) for an unspoiled setting. Hermigua Beach, meanwhile – set near lovely Playa de la Caleta in the northeast – is known for its mild climate and quaint seawater pool. But everywhere you go the black sand sparkles and the water is crystal clear. 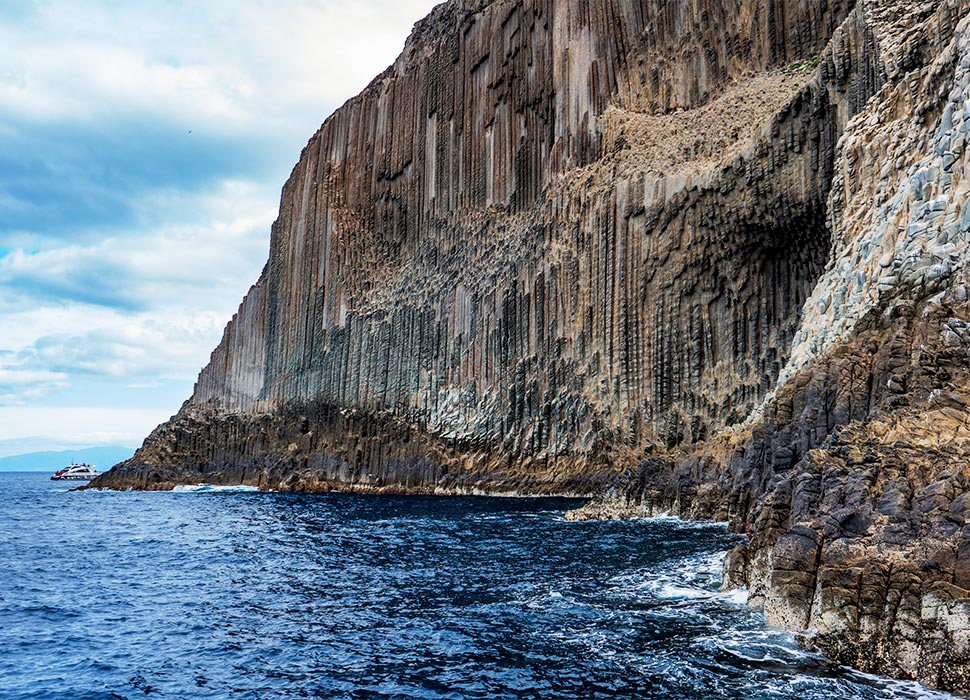 Pipe down in the back! / Image: Adobe Stock

This weird and wonderful rock formation, on the island’s northernmost tract of coastline, stands 200m tall and 80m wide, with 800m more of it hidden underwater. It was formed by the slow cooling of basalt magma battered by the Atlantic into its present shape, resembling an enormous, eldritch set of church organ pipes. Though it's just a few kilometres north of the village of Vallehermoso, to visit you’ll need to head out to sea with a boat-tour company from Valle Gran Rey.

9. Get lost in the island's pretty villages 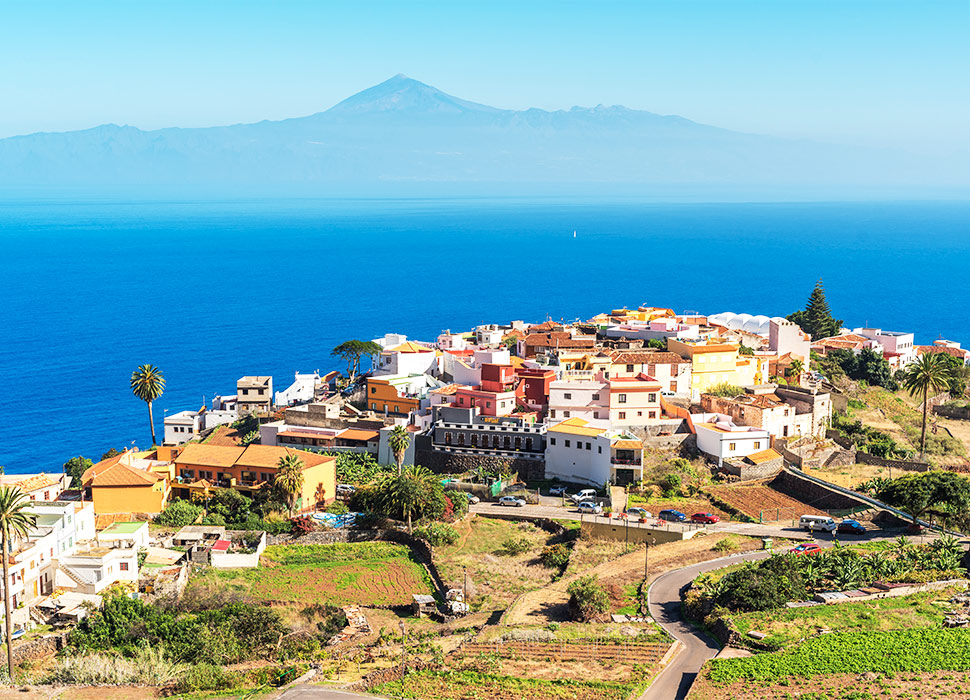 Agulo might be the island's sweetest suburb / Image: Adobe Stock

La Gomera's villages sometimes feel like little pockets of local life that time forgot. Take the toothache-sweet Agulo, known locally as the ‘bon-bon of La Gomera’. For good reason, too: it’s surrounded by banana plantations and sits on a hilltop in the north offering clear views of Tenerife’s Mount Teide. The dinky village of Chipude is home to smiley locals, a 16th-century church and a popular pottery shop. From here, walk up to La Fortaleza de Chipude – a striking tabletop mountain. Finish with a schlep to the fishing village of Playa de Santiago in the south, flanked by clifftops and home to a harbour packed with lively seafood eateries.