If you can tear yourself away from beach vibes and tall cocktails for just a moment, Gran Canaria is a world-class destination for getting closer to nature. Here’s our rundown of the finest island life… 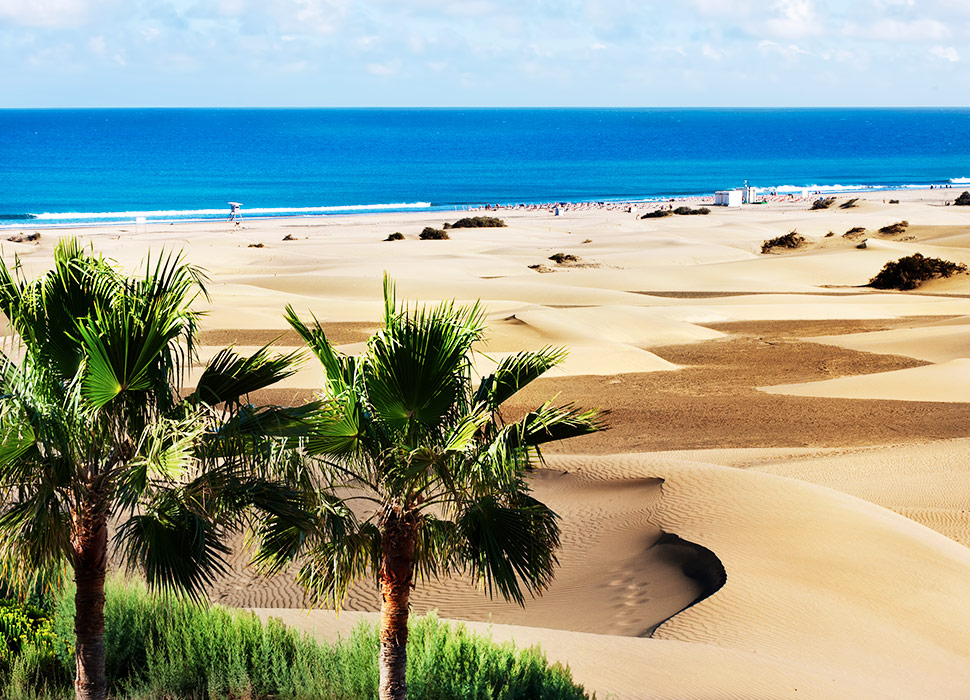 During the last ice age, experts reckon a region of Atlantic seabed was exposed by receding waters, with its fine sand dried up and gradually blown inland over the nearest island. Hence the ridiculously photogenic Maspalomas Dunes, in effect a 400-hectare Sahara in miniature. Stick to the paths to explore as local authorities guard this natural treasure, which is still shifting east to west at a stately two-to-five metres a year. Special shout out to the lighthouse, completed in 1889 and a glowing tribute to old-school Canarian architecture. 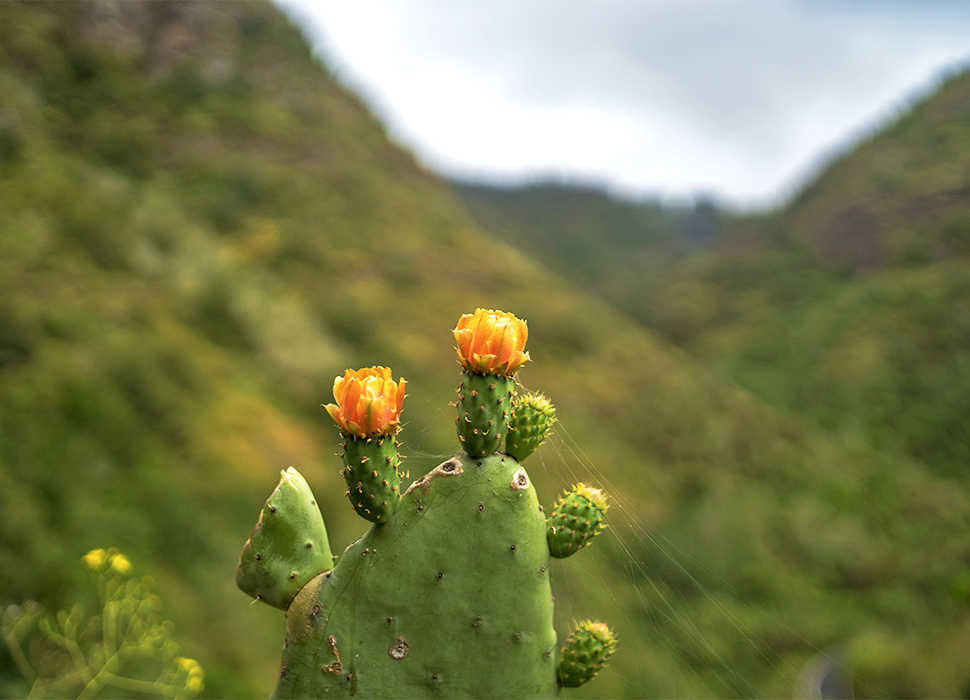 Like the idea of hiking, but find it all a bit of a slog? A manageable, mostly flat trail near the small town of Moya (just off the GC-700) is just the ramble you seek. Snaking a little under 2km through a sacred grove of rare laurel trees, Los Tilos de Moya runs along and back across a spectacular valley edge, with perfect photo ops and benches if you fancy a breather. Look out for unique, endemic species like the aromatic Isoplexis chalcantha – aka Canary Island Foxglove – and the natty, chatty blue chaffinch. 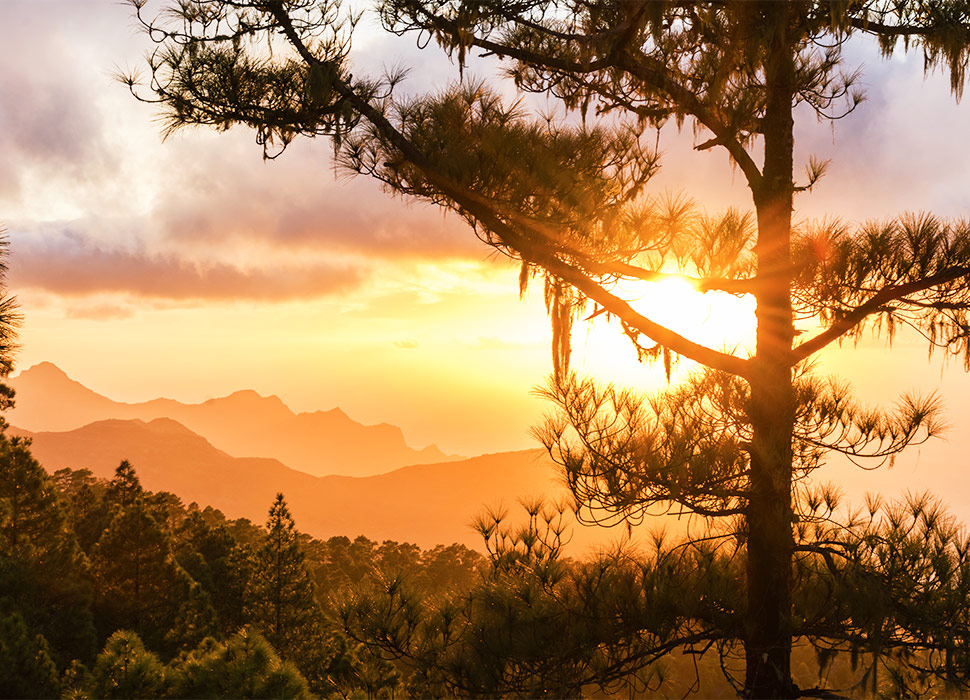 This reserve offers some of the best views on the island / Image: Adobe Stock

Established as an official natural park by visionary islanders back in 1987, this giant 7,500 hectare reserve covers an astonishing diversity of habitats. The highest peak – Pico de Bandera, at 1,400 metres above sea level – affords knockout views of Mount Teide on Tenerife 100km away. Cascading waterfalls, haunting mists and dozens of endemic species are discoverable along its many hidden hiking trails, but the ultimate photo op is from mirador El Balcón on the coast, where four neighbouring pyramidal peaks create what locals call the ‘dragon’s back’. 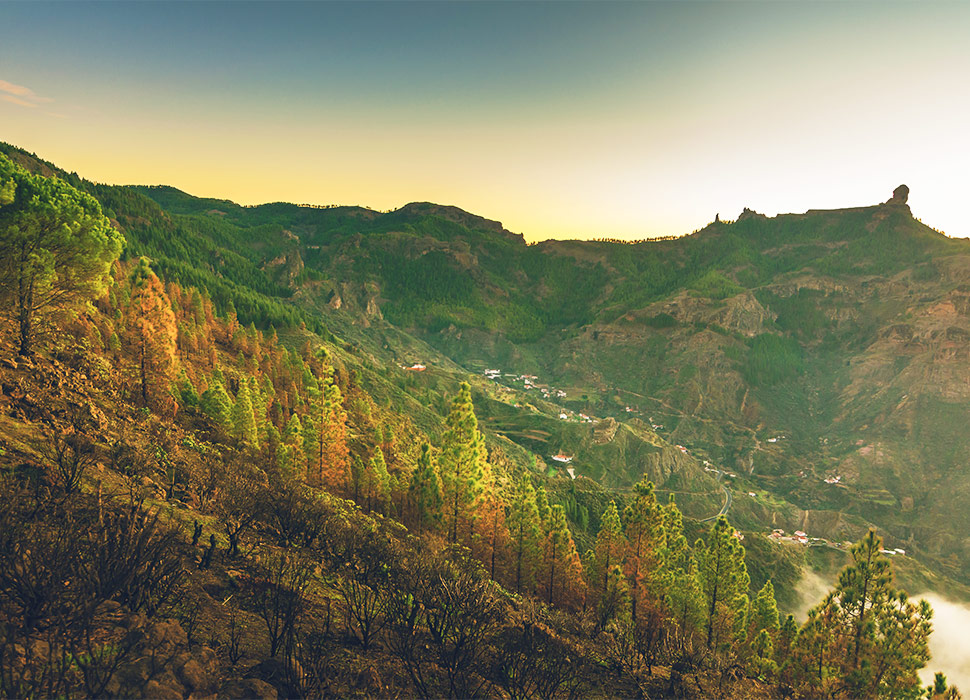 Nublo is home to some 26,000 hectares of UNESCO-protected forests to explore / Image: Adobe Stock

Roque Nublo, an 80-metre high rock formation created back at the very volcanic birth of the island itself, was revered by the indigenous folk who lived here before modern settlers moved in. The area surrounding it, some 26,000 hectares, has wisely been set aside as a UNESCO biosphere reserve, thanks to its rich diversity of habitat and pristine, fragrant pine forests criss-crossed with helpfully signed trails. Special shout out to the tall, freaky teasel cacti that fringe the breathtaking ravines of Veneguera, just on the coast – guaranteed to help your holiday snaps look on point. 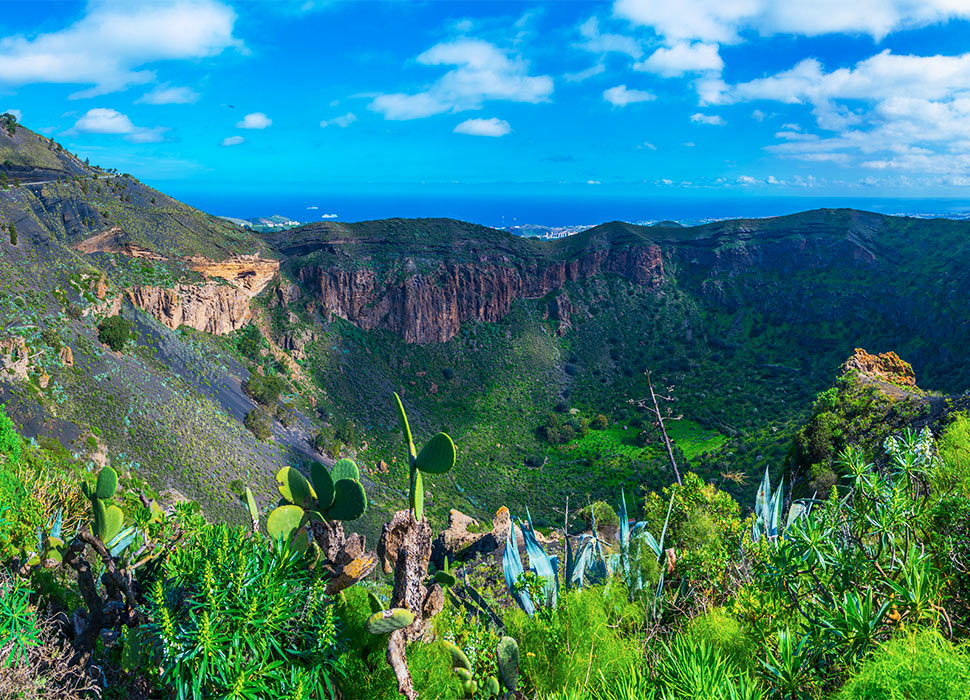 There's no crater greater than this / Image: 123rf

No car? No problem! Hop on the Global bus number 311 from Las Palmas' Old Town to discover this vast, kilometre-wide volcanic crater, part of the wider Tafira Protected Landscape. Follow signs for the Camino Fondo de Caldera, and be careful of the slippery gravel as you descend 200m into the floor. Here you’ll find remnants of an early winemaking operation (which is still in production today) spearheaded by 16th-century Flemish merchant Daniel van Damme. Chin chin. 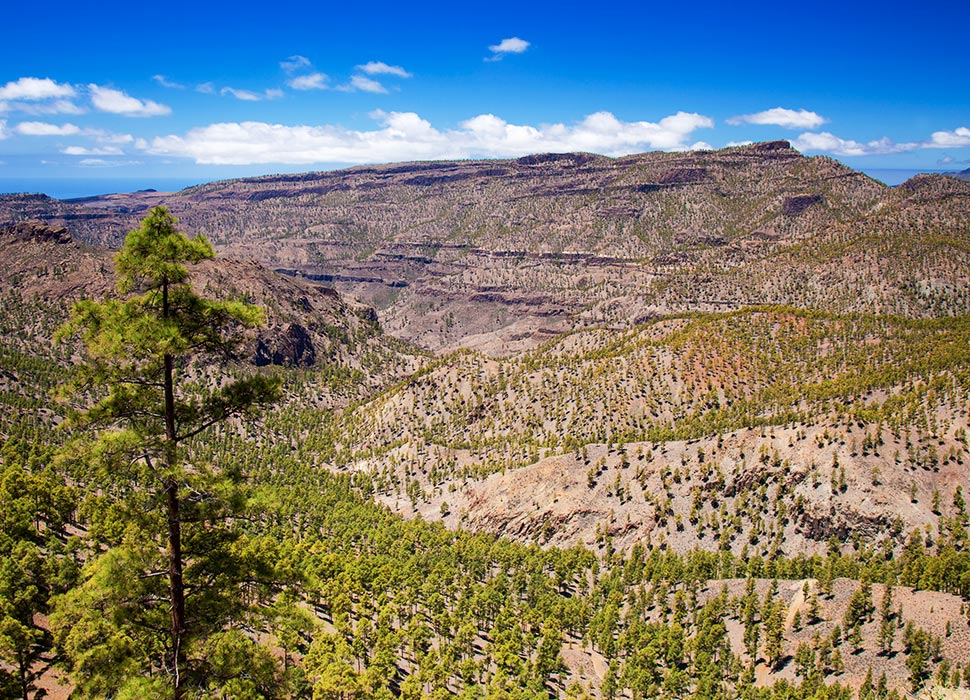 Nature really puts on a show at this unique natural park. Taking its name from the natural pools – pilancones – that form as a result of runoff from a subterranean aquifer, the park is a dramatic landscape of deep ravines interspersed with lofty plateaus. If flora is your bag, keep an eye out for the local population of moody dragon trees, while bird stans will be positively agape at the local populations of great spotted woodpeckers and water-loving black-rumped waxbills. Proof, if it were needed, that geology really rocks. 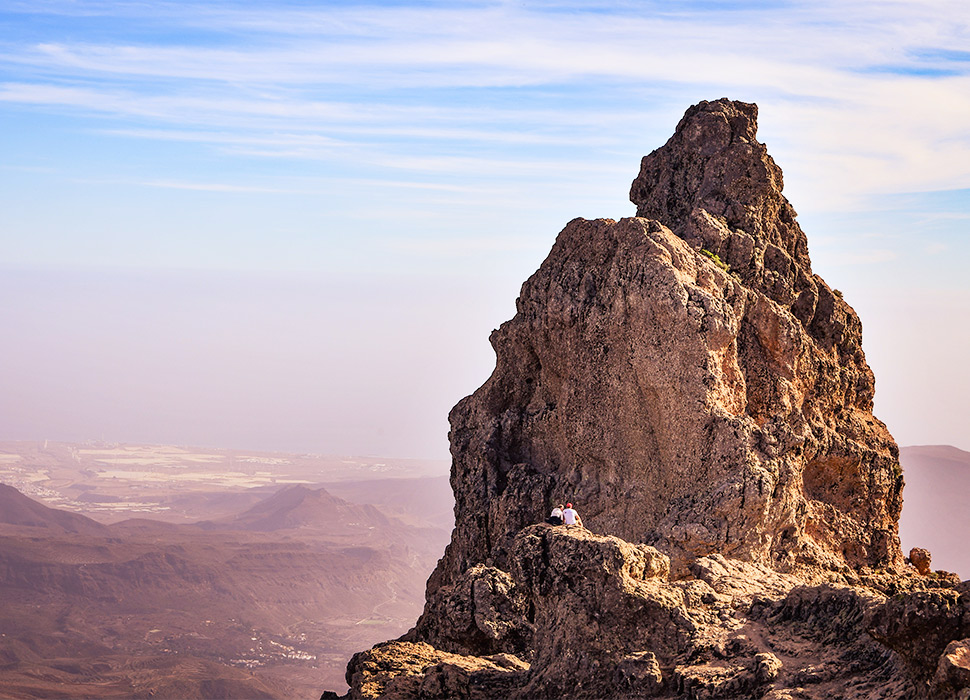 Situated slap bang in the middle of the island, Gran Canaria’s highest peak dominates the skyline for miles around. Up there, some 1,949 metres above sea level, the bewitching wild geography of the surrounding countryside is laid out like a map. Interestingly, the name means ‘peak of snow’ – back in the day locals dug pits for high-altitude snow to accumulate, so they could cart it down throughout the year for soothing fevers, or chilling rich people’s drinks. Best of all you can drive all the way up (well, nearly) and enjoy the ultimate natural high.

The best restaurants in Gran Canaria

The best hotels in Gran Canaria