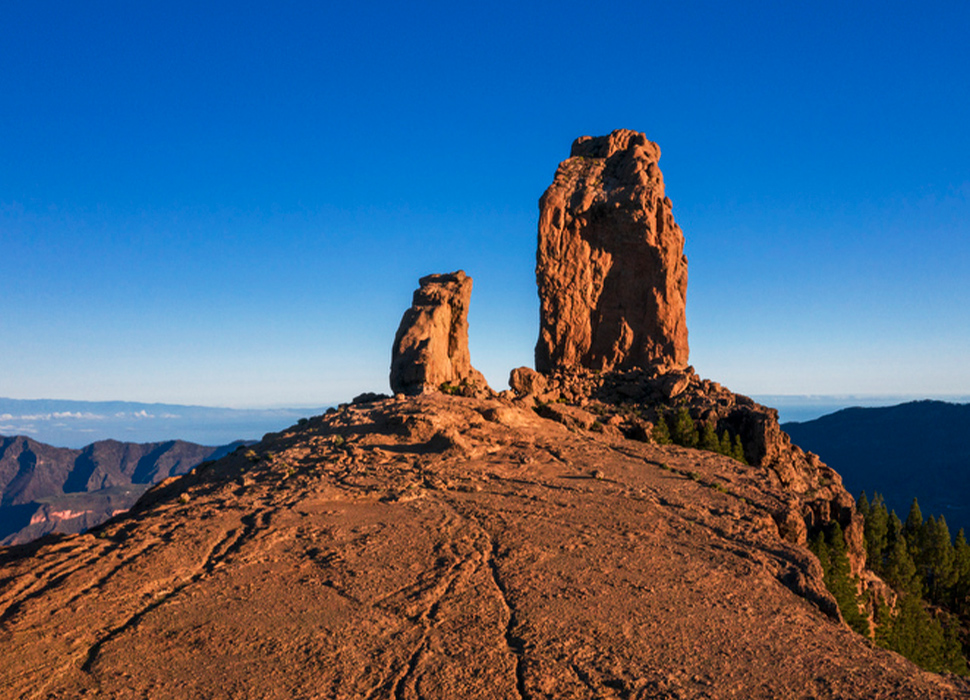 Walkers come from far and wide to glimpse this moody monolith / Image: Tourist Board of Gran Canaria

Sure, it’s the one that everyone does but, hey, for a short-distance but still-satisfying hike to one of Gran Canaria’s highest points, this is it. Start at the car park just beyond the village of Ayacata, then it’s a fairly easygoing signposted ascent to the 4.5-million-year-old, 62m-high monolith, Roque Nublo, which stands 1,813m above sea level – so, yeah, expect a fairly decent landscape photo-op. Or do a far tougher circular, the six-hour Roque Nublo to Pico de las Nieves, the island’s second-highest peak (it may be the highest, depending on who you ask). 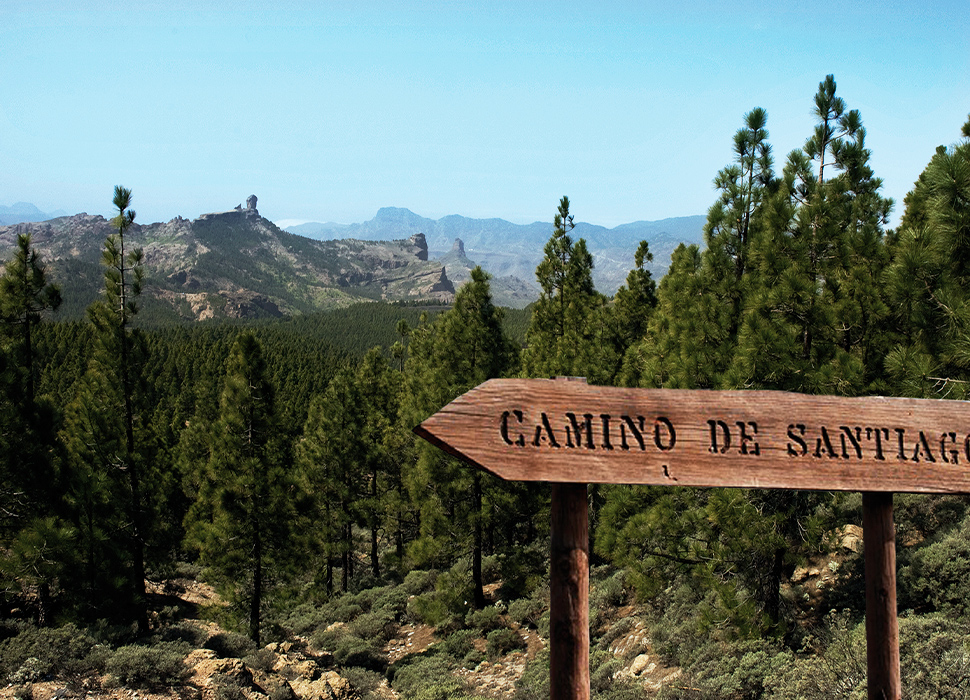 Jelly legs are guaranteed on this challenging ramble / Image: Tourist Board of Gran Canaria

One of Gran Canaria’s historic caminos reales (royal highways), this 10km hike begins in Llanos de La Pez forest and takes just under four hours to wind up at the small town of San Bartolomé de Tirajana. On the way, you'll trek through 10km of away-from-it-all wilderness, with views of dramatic, Game of Thrones-scapes that include Roque Nublo and Pico de las Nieves. In terms of difficulty, you need to be in pretty good shape, but the route itself is well signposted. Still, as with all the routes, bring water. 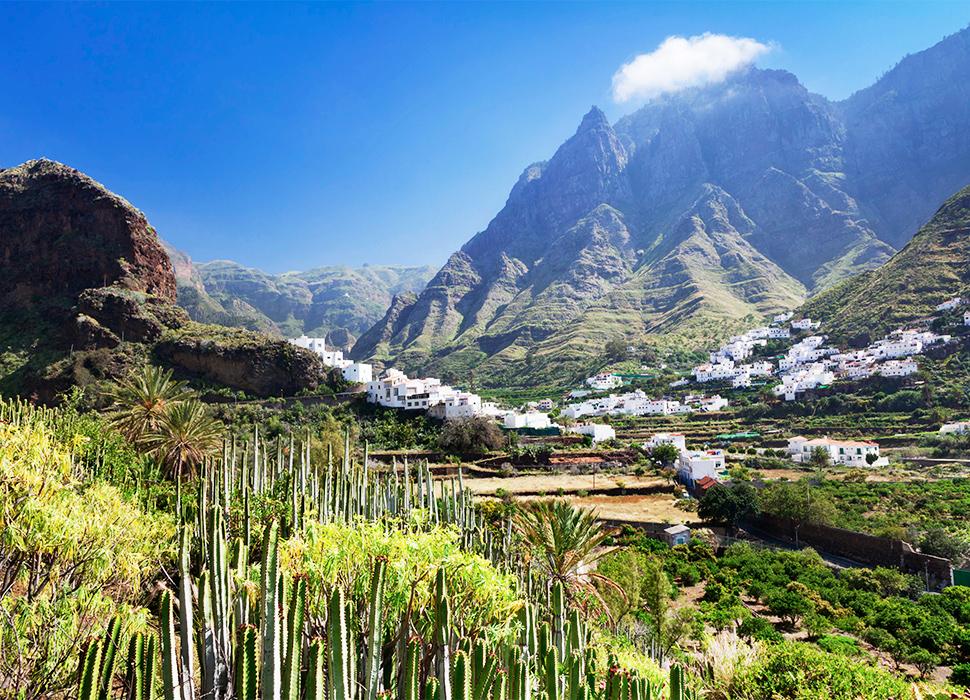 Your efforts will be rewarded with astounding views of this tucked-away valley / Image: Alamy

For craggy, cliffside trekking with booming views of the Atlantic, first head to the village of Lomo de San Pedro in Gran Canaria’s north and expect a tough, sweaty ascent to Era de Berbique, a plateau of immense beauty with awesome views of the Agaete Valley. Follow signs to Mirador Vuelta de Paloma, then descend the narrow rocky ridgeways back to the town of Agaete. Or press on another kilometre to Puerto de las Nieves fishing village for the pay-off cerveza by the marina. 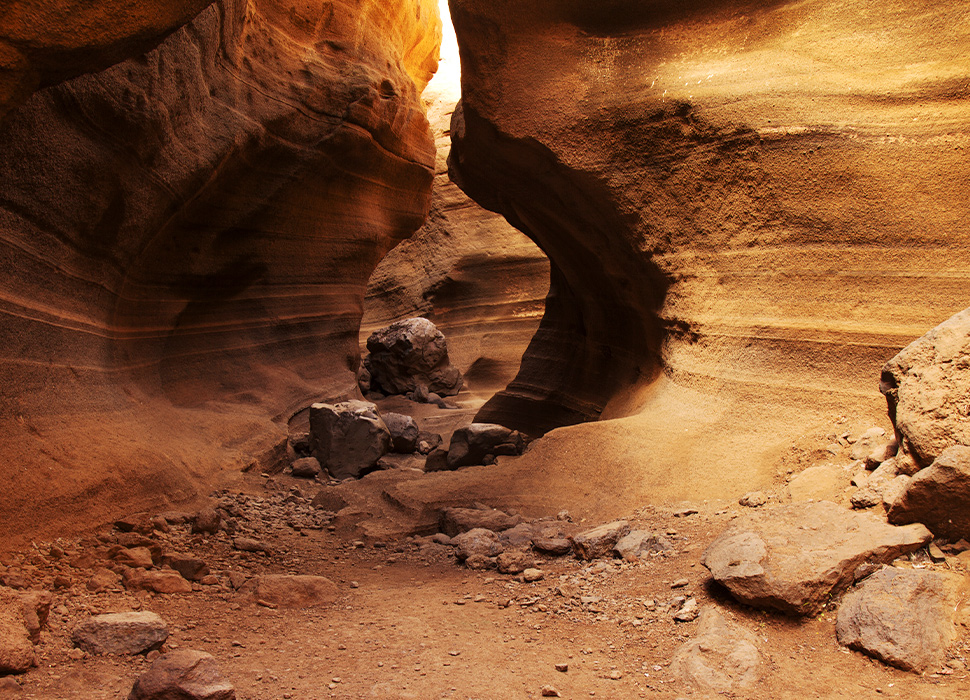 Think Antelope Canyon in Arizona and you’re not far off from Gran Canaria’s newly Insta-famous Barranco de las Vacas, a short ravine not far from Las Palmas that you can reach via a mid-difficulty hike from Temisas. Arrive there by bus, then take the camino real towards Temisas and make a stop around halfway at Barranco de las Vacas. Walk on and finish at rustic-pretty Agüimes for some tapas and a direct bus back to the capital. 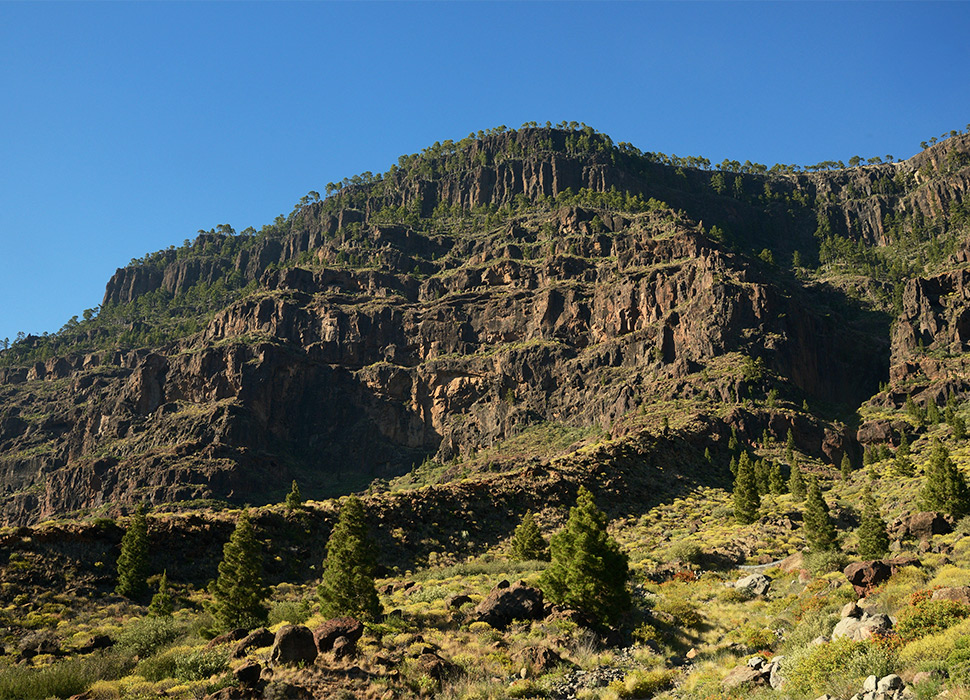 Happily, Gran Canaria’s ace bus network makes out-of-the-away adventures far more doable than if you had to rent a car. For this 10km, four-ish hour trek up Montaña del Viso, take bus 38 to Cruce de Tasartico, then follow signposts to the mountain and expect a slog to get to the top. Still, the epic views of Aldea de San Nicolás valley make it well worth the struggle. Descend down the mountain and make for the chill village of La Aldea. 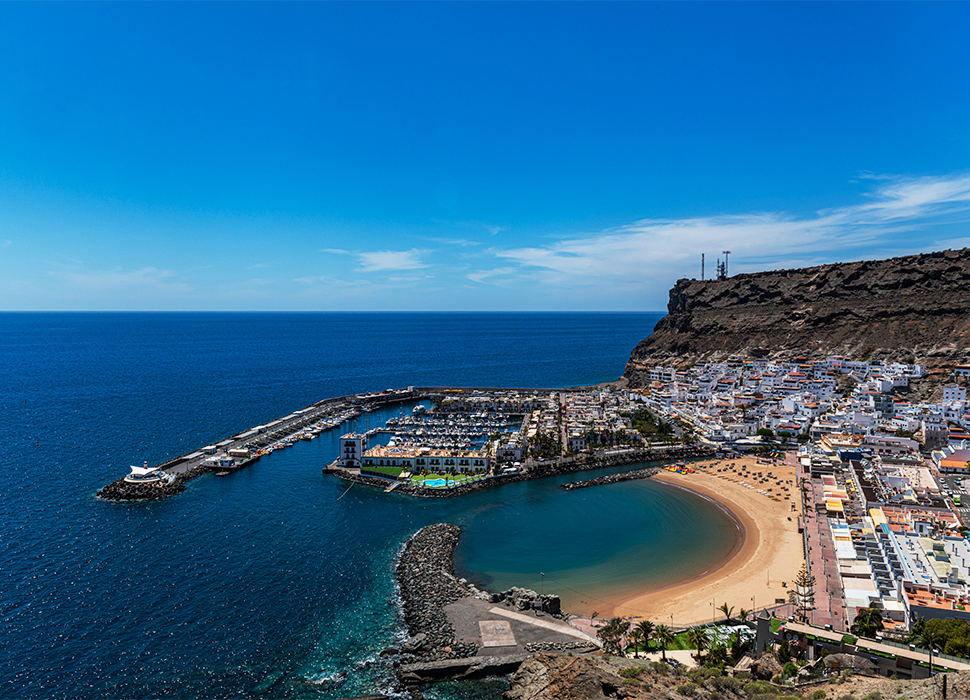 A dip in the sea is the only acceptable conclusion to this sweaty hike / Image: Tourist Board of Gran Canaria

One of the most satisfying (but, be warned, steep) hikes out of Puerto De Mogán is up a trail to its cliff-top, blue-white-striped lighthouse. But there are other options, including the long-but-easy coastal road (closed to cars) to Veneguerra Beach, a beautiful, remote volcanic bay where a dive straight into the surf is the only way to cool off from the two-and-half-hour schlep it takes to get here. Worth every minute, though. Bring rations: there are no shops or restaurants.

The best hotels in Malta

Eat in a Canary Island bochinche