Good gully, Gran Canaria is blessed with some eye-candy canyons. Here’s our pick of the paradise island’s most totes ravishing ravines 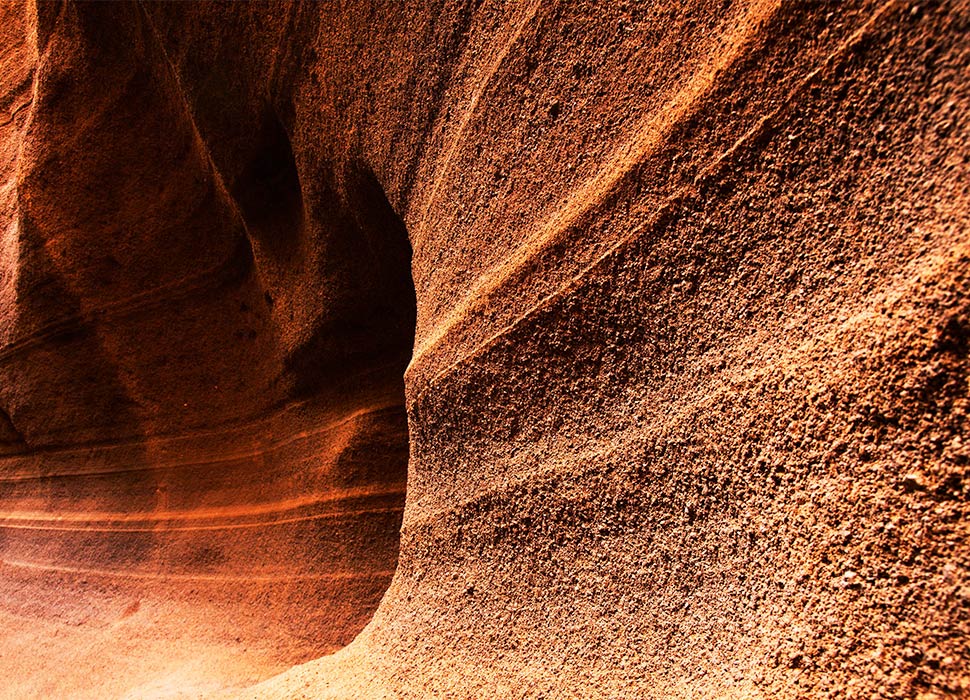 Walls of volcanic tuff in the Cows Ravine / Image: Alamy

Get a load of the variegated red-ochre patterning and velvet-smooth weathered walls on this striking slot gorge. A favoured hideout for local herders – its other name is ‘valley of the cows’ – it’s studded with intriguing ancient hand-holds and cool little bivouacs. Keep your eyes peeled for an unassuming pedestrian tunnel between the towns of Agüimes and Temisas on the GC-550 road, specifically on a bend at around Kilometre 14. Follow the trail and brace yourself for a truly rose-coloured spectacle. 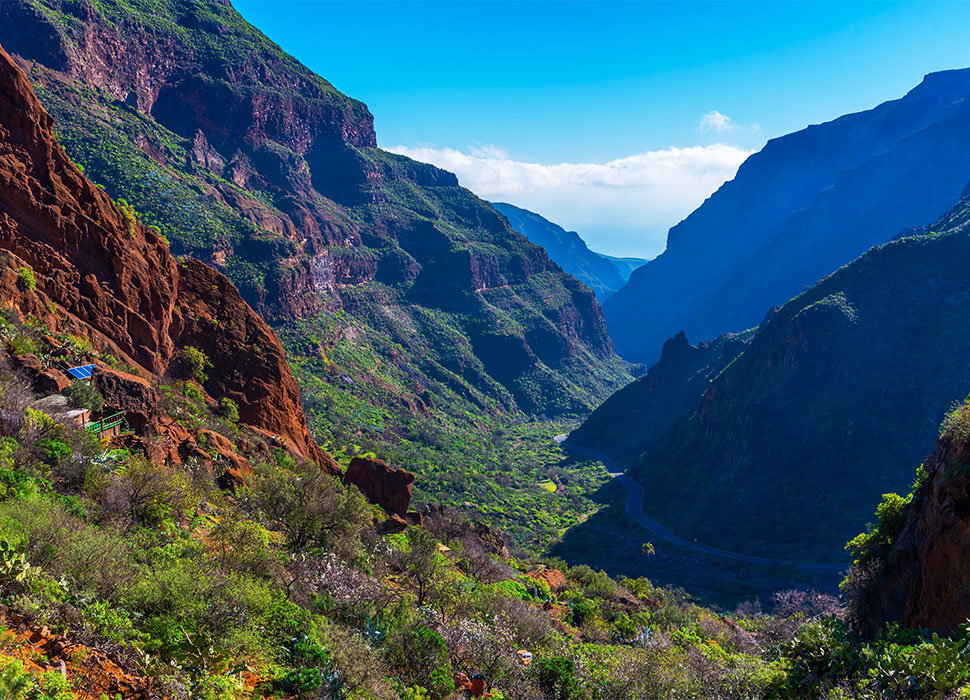 It’s no surprise this sublime 11km gully in the east of Gran Canaria is nicknamed the ‘reserve of tranquility’. Since prehistoric times, human beings and nature have lived here in exquisite harmony. Folks have carved out not only homes, but agricultural buildings and even churches, many of which are lovingly preserved and open for you to have a poke about in. As for nature, select plants endemic not only to the island but specifically this valley abound – shout out to stick-thin Kunkeliella canariensis. Oh, and look out for Gallotia stehlini – at 80cm long the largest lizard in Europe or Africa. 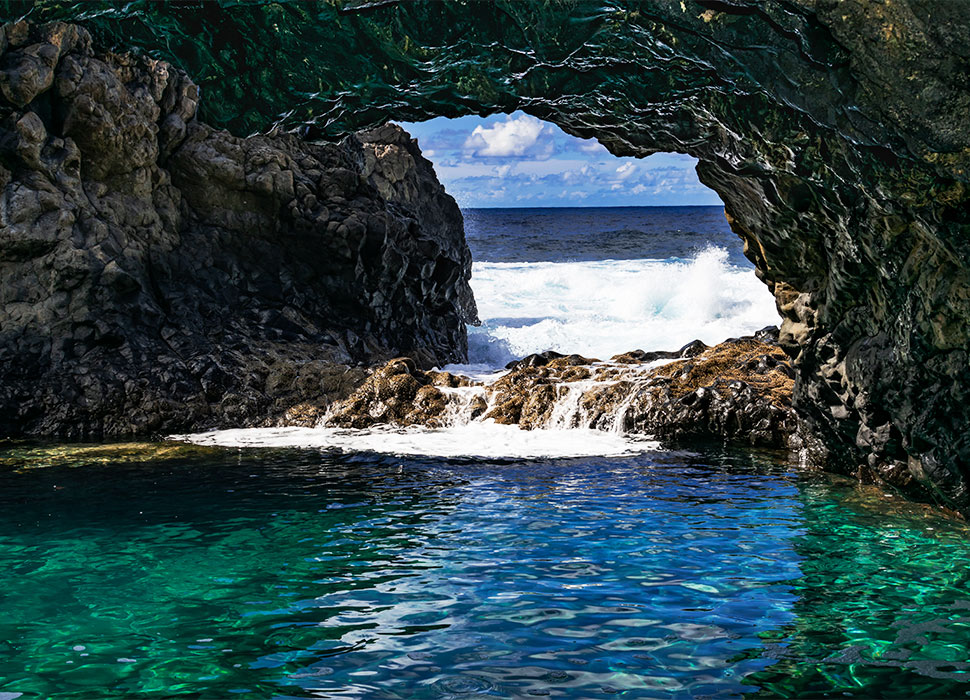 Little pro tip: if it’s been distressingly rainy on your long-awaited sunny getaway, make tracks for the El Risco ravine, which is itself a short amble from a cutesy little village of the same name. It’s a life-affirmingly lush hiking trail all year round, but after a fresh deluge, rainwater carves a path through a valley floor leading you to El Charco Azul, a popular bathing pool surrounded by high stone walls, worn glass-smooth and iridescent-hued by aeons of runoff from the surrounding Mountains of Tirma. 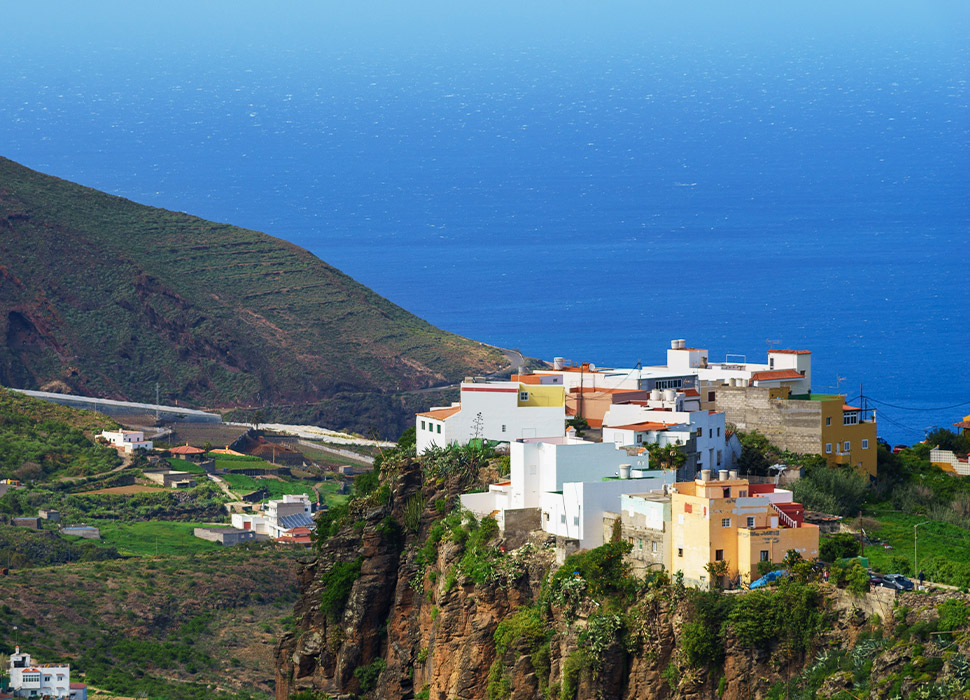 If you visit the adorable hill village of Tejeda on your Gran Canaria adventure – and you totally should, as it has steep, winding lanes and toothsome nods to the local almond trade – you’ll pass through a region somewhat fancifully known as the European Grand Canyon. It’s nowhere near as outsized as its American cousin, and all the better for it. From the high sides you can see over to Mount Teide on Tenerife, and if you’re super-brave you can peer nervously over the edge onto the valley floor. It’s deep, is what we’re saying. 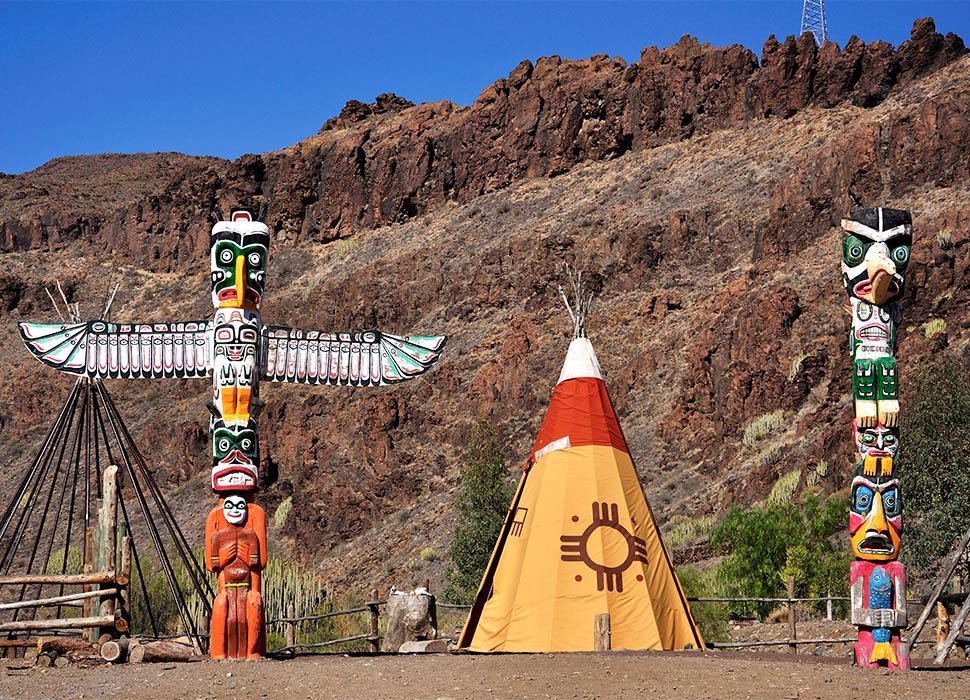 Take a trip to the Wild West / Image: Alamy

You most likely don’t associate the Canary Islands with the Wild West, but that’s where you’re mistaken, pardner. In a moody, cinematic and cactus-filled canyon near the Maspalomas Sand Dunes, you can still find the film set from 1975 spaghetti western Take A Hard Ride, which starred perennial bad guy Lee Van Cleef. It’s basically a theme park now, with rootin-tootin’ local actors firing six-shooters and saying howdy – try to imagine Westworld without all the confusing droid stuff. 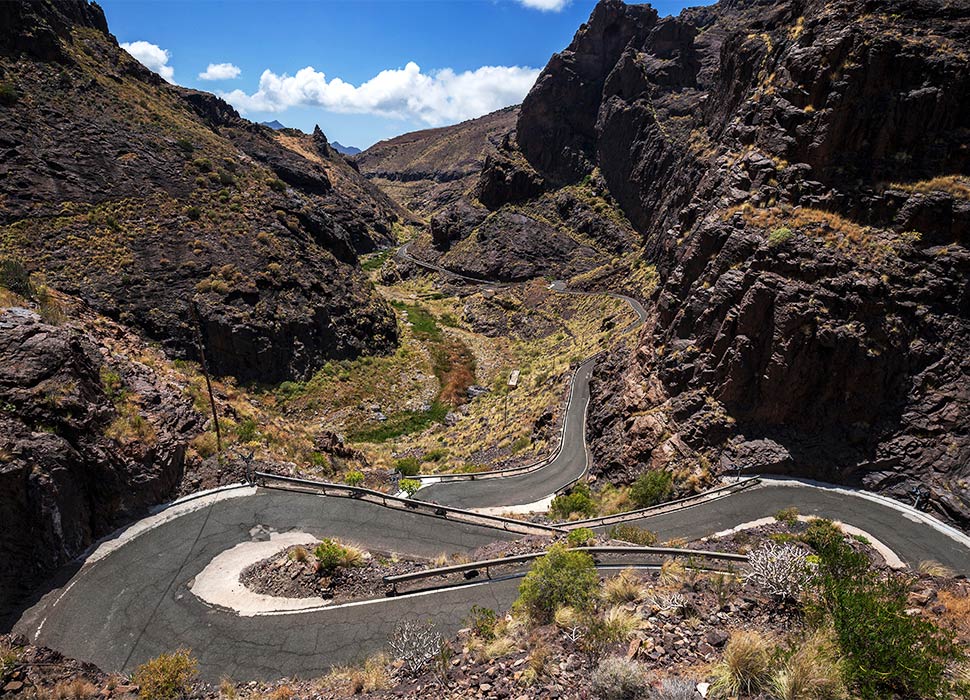 Careful not to get dizzy on the roads of Barranco de la Aldea / Image: Alamy

If you’ve got a car – a great idea on a visit to Gran Canaria anyway – you should definitely set aside a couple of hours for a cautious spin on the spectacular GC-210 road between Teror and Puerto de la Aldea. You’ll need to take it easy, but that’s OK because the scenery is beyond fabulous. Dozens of buttock-clenching hairpins are interspersed with broad viewing platforms where you can recover your breath and gaze down into the abyss. Even though you may start in abject Teror, at the end you’re rewarded with a quiet seaside walk and a top-notch plate of seafood. 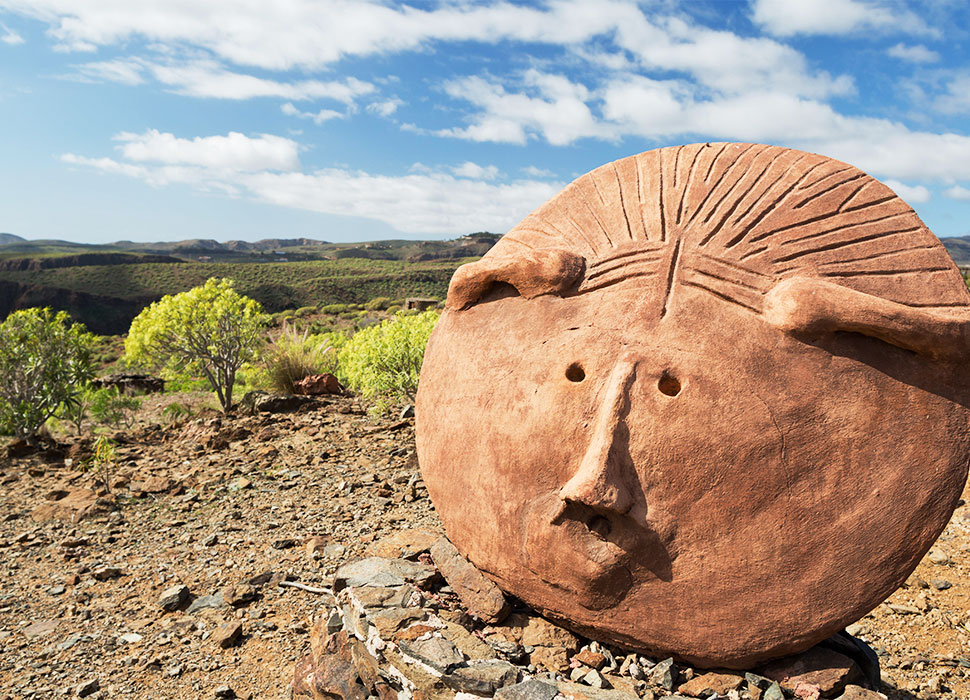 Travel back in time at the Mundo Aborigen Archeological Park / Image: Alamy

Combine your passion for gorges with respectful homage to Gran Canaria’s deep past at Mundo Aborigen archaeological park. It’s a painstakingly reconstructed village of the variety the island’s historic Guanche population hung out in, overlooking dramatic Barranco de Fataga, one of the biggest and therefore most beautiful gullies around. Over 100 life-size Guanche figures re-enact everything from the sublime to the borderline distasteful, such as a butcher slaughtering a goat, or an executioner killing a felon with a rock. Hey, it was a different time.

The best restaurants in Gran Canaria

The best hotels in Gran Canaria