The best surf schools in Fuerteventura

The cool kid’s favourite Canary Island is feted by in-the-know surfers for its perfect conditions and variety of places to hang ten. Here’s our pick of the best schools for all abilities… 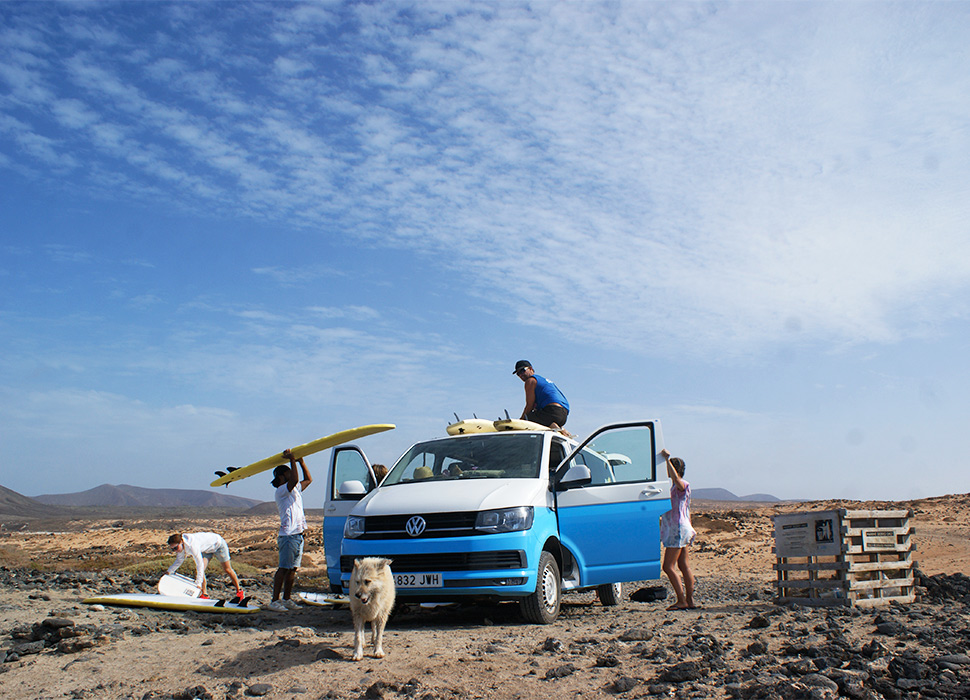 Unloading for a day with the Aloha Surf Academy

Fuerteventura revels in its informal nickname ‘the Hawaii of Europe’, and nowhere more so than in chillaxed Corralejo on the north shore. Aloha Surf Academy very much embraces that gentle island vibe, with instructor Alex (from Germany) and Sophie (from Switzerland) your fun husband and wife double act leading proceedings. Their daughter Nayra and lovable doggo Maui are never far away too, positively encouraging you to join the ‘ohana’ – Hawaiian for family – on one of their bespoke wave-riding classes. 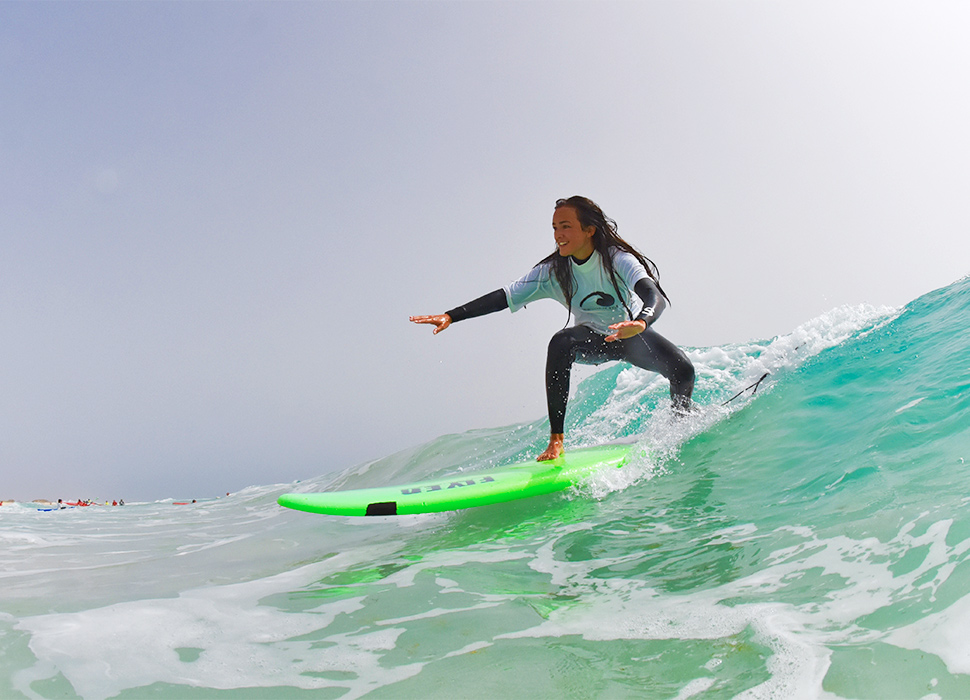 Surfintrip is adept at matching the surfer with the wave / Image: Max Riton/Surfintrip

A self-styled ‘surf boutique’ that focuses on small groups with lessons adroitly tailored to individual ability levels, Surfintrip has built a reputation for quality, friendliness and light-touch professionalism. The highly experienced teaching team know all the nooks and crannies of the island and love nothing more than matchmaking the right surfer with the right wave conditions on the day. Then later on, back at HQ, it’s time to watch your surf on video and learn from the professional critique. It really is quite the trip. 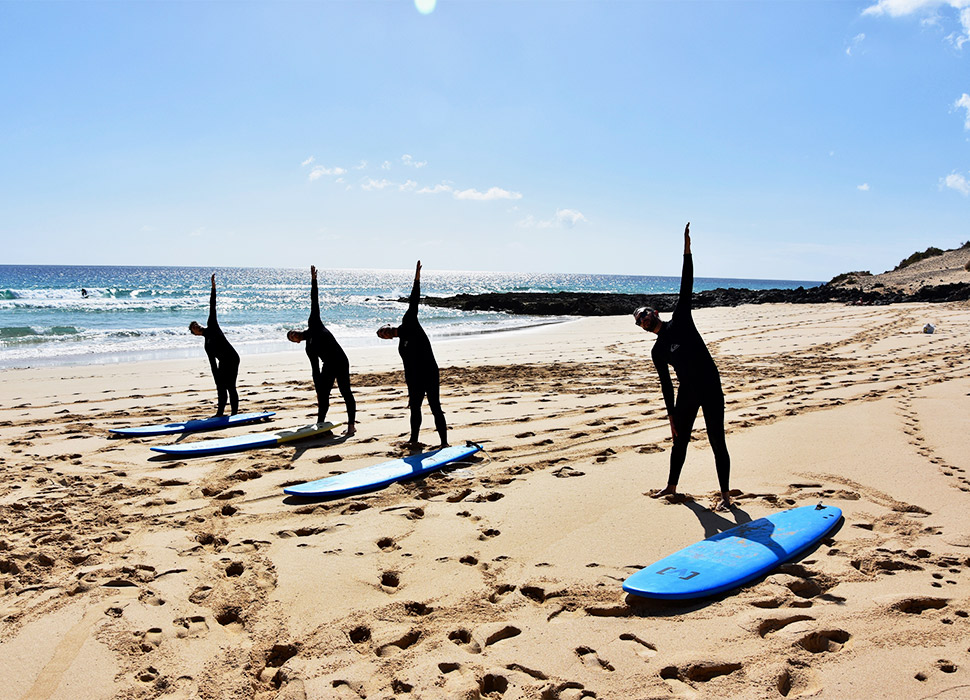 Limbering up at Amanay Surf School

Set up by David and Magda – he’s the instructor and technical director, she’s the friendly face doing the bookings and admin side – Amanay surf school has been a real-life passion project for this couple since 2014. Magda is from Poland, but David grew up on Fueteventura, so you can be sure he knows the island and its surf conditions like the back of his salty hand. Among their many courses, ‘Surf and Yoga; is a zen collaboration with Yoga Fueteventura that tailors a programme of stretches, poses and ‘backbends’ to you. In sight of the waves, of course. 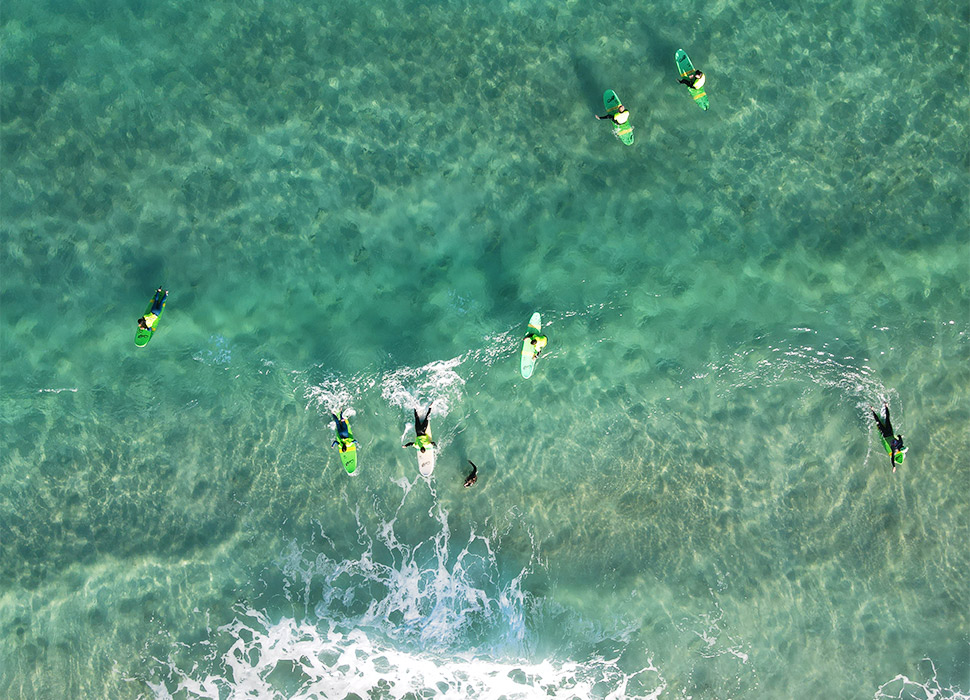 Paddling out to the breaks with this on-point school

'Surfing is not just a sport', gushes the website promo for this prestigious surf academy in the north of Fueteventura. ‘It is also a philosophy, a mental status, and way of life.’ The team at Point Break really do eat sleep and breathe the culture, obsessing over finding the right wave on the right day for the right student. They offer top notch gear for all, and the opportunity to try out cool alternatives like kitesurfing, even if you change your mind late in the day. Point Break aims to embody the maxim of pro-surf pioneer Phil Edwards: ‘The best surfer is the one who has the most fun.’ 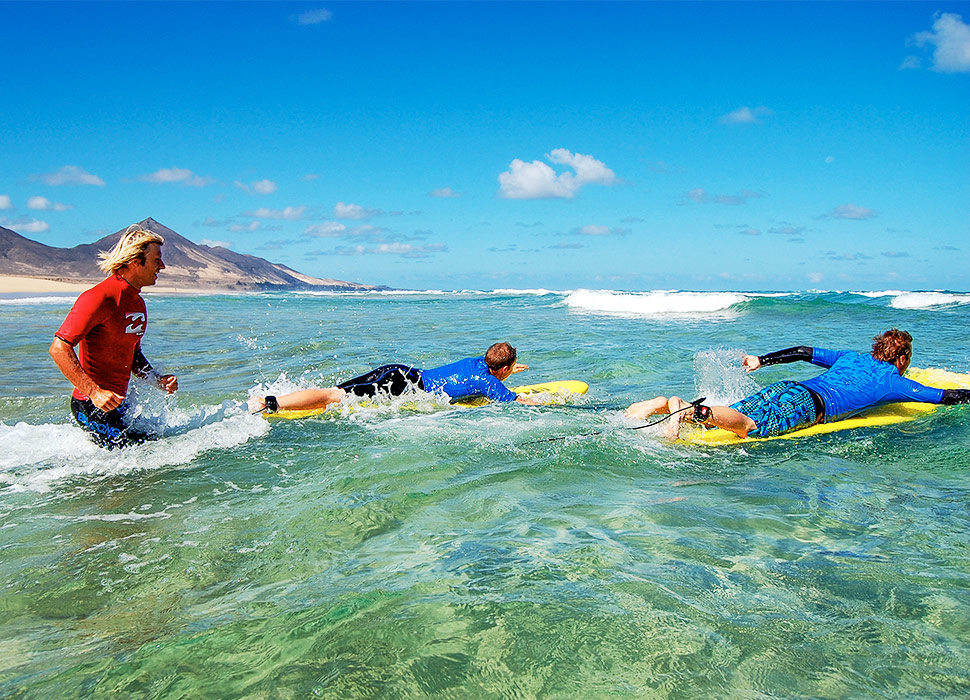 The team at Otro Modo – which means ‘a different way’ – are proud of their alternative approach and small-team, informal culture. Their slogan is ‘Inspired by the ocean’ and when they’re not waxing lyrical about the boundless eternal majesty of the big blue, Otro Modo instructors are waxing their boards in order to get out and commune with it. Cool technology has its place here too – from video coaching after hours to innovative radio headset instruction, offering tips when your actually live on the waves. Radical! 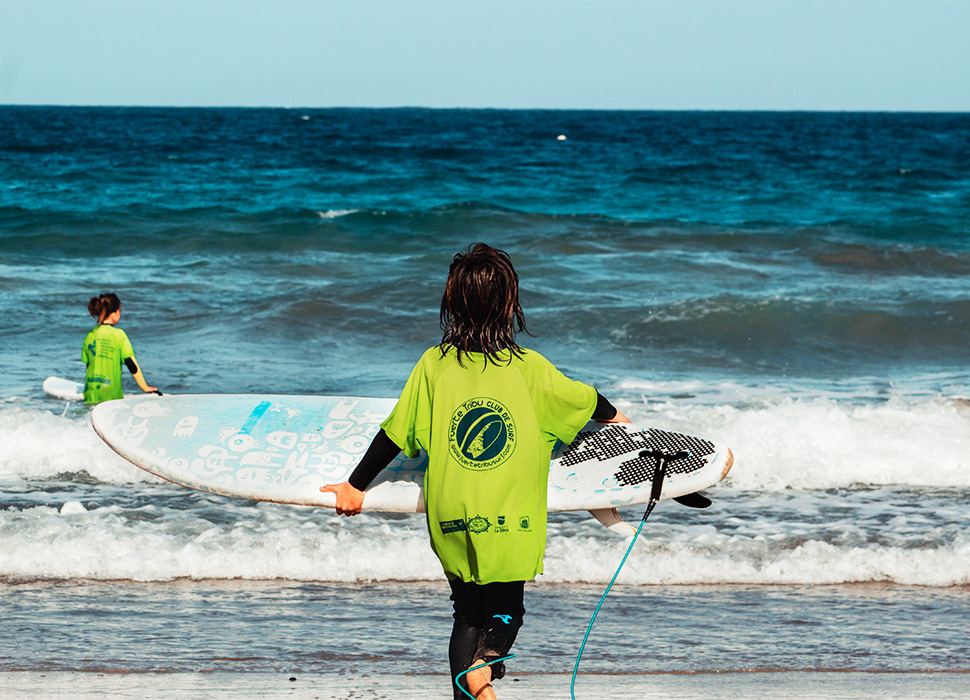 Since flinging open its doors in 2010, the self-described ‘tribe’ behind the Fuerte Tribu Surf Club take a ‘holistic and integrative’ stance on everybody’s favourite gnarly watersport. That means, as well as the usual trappings of a surf school, they also run programmes aimed specifically at kids, seeking to get them involved nice and early using the right techniques and approaches. Most striking though is the team’s Adaptive course, aimed at cool cats with disabilities, whether they be physical, sensory, intellectual or emotional. It’s awesome. 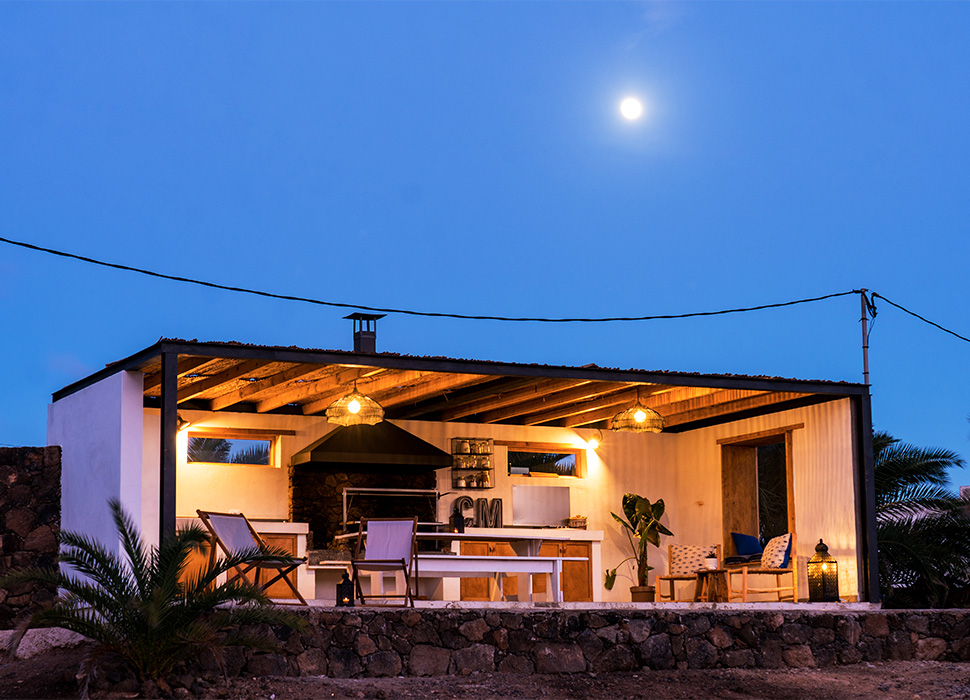 Ok, this one isn't a school, but still. Combine surf and skate disciplines with a stay at laid-back, board-oriented Casa Maccaroni, in the village of Lajares. Alright, you’re not on the seafront per se, but you’re ten minutes drive away from the north, east and west coasts, ideal to chase the perfect conditions on the day, and the town itself is a hub for groovy boarder types with plenty of restaurants and bars to help you get acquainted with the scene and its people. Casa Macaroni is quite the local institution, and, like its comely inhabitants, really rather Instagram-worthy.

Can an Englishman sell tapas to the Spanish? The man behind Barrafina is finding out