Get sweeping views of the city from BCN's own Gherkin, the Torre Glòries / Credit: Adobe Stock

Get sweeping views of the city from BCN's own Gherkin, the Torre Glòries / Credit: Adobe Stock

As with so many of today’s up-and-coming hipster neighbourhoods, Poblenou was once the industrial centre of the city. In fact, it was the heart of the whole of Catalonia’s industrial boom, particularly the textile sector, earning it the nickname ‘the Catalan Manchester’. Today, its former factories and warehouses are home to design ateliers, co-working spaces, and art studios, while third-wave coffee shops, cool bars and restaurants continue to pop up around them as the barrio is revitalised.

This regeneration is not only down to the cheaper rents available to impoverished creatives, but also thanks to a pointed strategy from the City Council, the 22@ Plan, which aims to entice technology and creative companies to the area. Although still in progress, it has certainly succeeded at making it a modern design hub, even attracting schools such as design college BAU and FX Animation 3D and film school to set up here.

Happily, plenty of the traditional Catalonian buildings, businesses and spirit remain in the neighbourhood, which runs from Plaça de les Glòries down to the beach, making Poblenou a delightful mix of old and new.

Marvellous markets, surrealist buildings, tasty bomba... these are the best things to do in Barcelona.

Catalonia's capital is one of the worlds great eating cities – and these are the best restaurants in Barcelona. 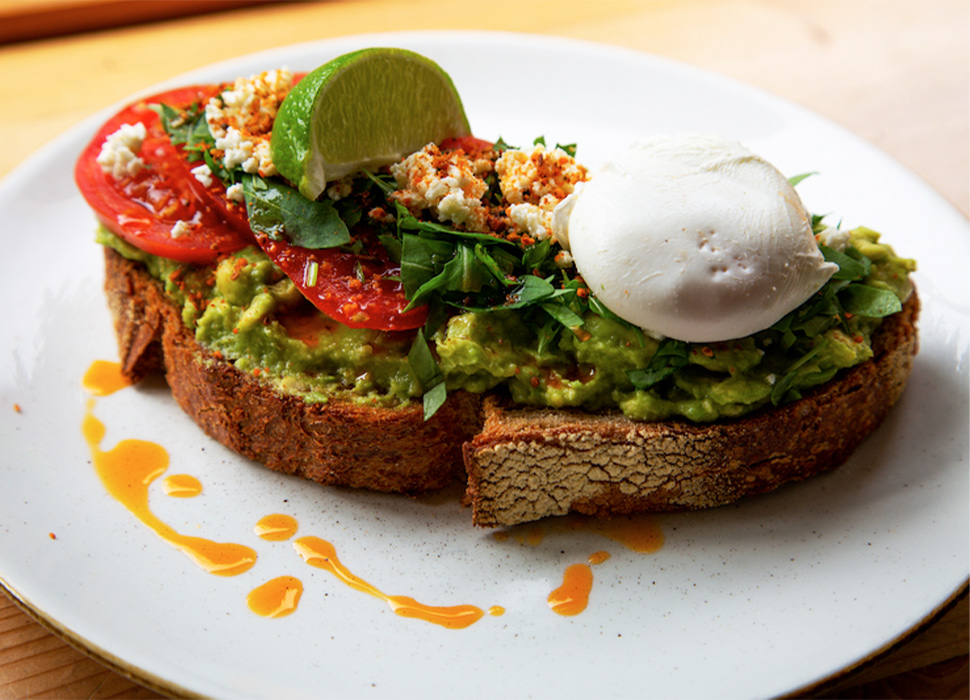 Poblenou has all the foodie requisites that a neighbourhood of this kind needs. For brunch, there’s Little Fern, an airy, minimalistic café that serves Kiwi-style fare, such as sweetcorn fritters with smashed avo, plus other inventive brunch dishes. Make sure to try the salted caramel croissant pudding.

Three Marks Coffee is the third gen coffee shop fuelling Poblenou’s creatives. Don’t ask for syrups here – you’ll be told the coffee is of such good quality you don’t need anything else with it (except, maybe, a slice of their lemon cake on the side). To be fair, they’re right.

Vegans should run not walk to vegan cheese factory Väcka at Nest City Lab, an urban lab for sustainability. Keep an eye on their Instagram (@vacka42) to see when they’re offering tastings of their dairy-free delights.

Finish off a day with a meal at Barriteca. It’s a small, paired-back spot that serves a changing menu of tapas from the region, such as Trinxat de la Cerdanya (a bit like a Catalan bubble and squeak) and piquillo peppers stuffed with cod brandade. It’s owned by a man called Pep Miró, who has worked with some of the world’s best chefs, and always puts his special spin on each dish. No wonder the bravas here are considered by many to be the best in Barcelona. 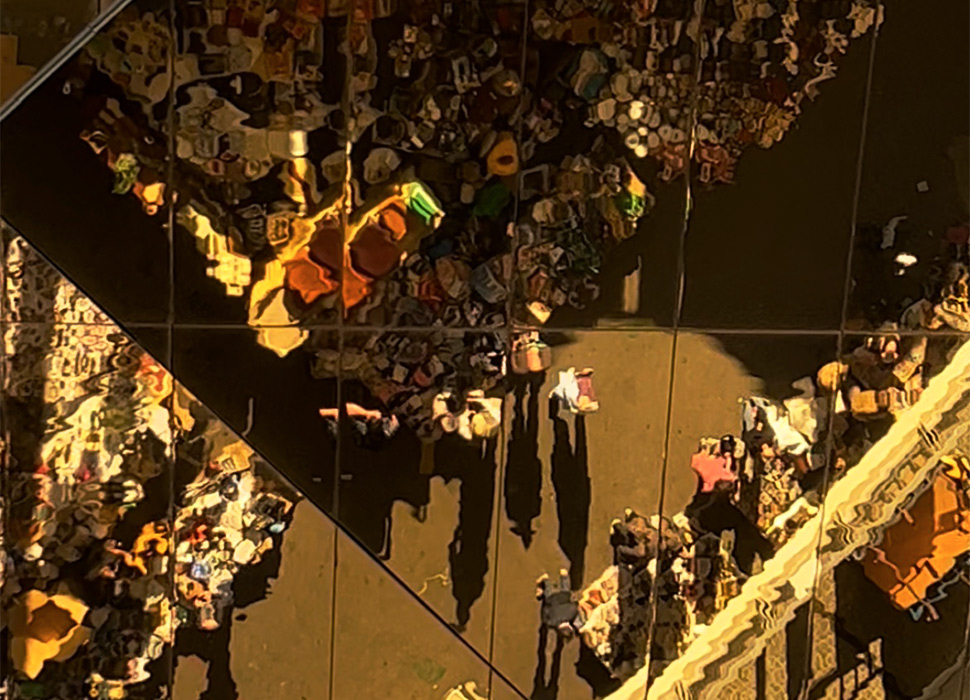 Of course there’s a Zara and a Mango nearby, but this neighbourhood has great Spanish shops that you can’t find anywhere else. Els Encants flea market, for example, is one of the oldest in Europe and is a great place to go rummaging. It’s open on Mondays, Wednesdays, Fridays and Saturdays, between 9am and 8pm, and has everything from vintage lamps and furniture to second-hand jewellery and clothes (including real leather jackets for €5 a piece). If you’re willing to look past the odd box of doll heads and piles of random toiletries, you’ll likely find some real gems.

Equally eclectic – though in a much more curated way – is Unusual* Concept Store, which sells beautifully designed shoes, homeware, clothes and paintings. 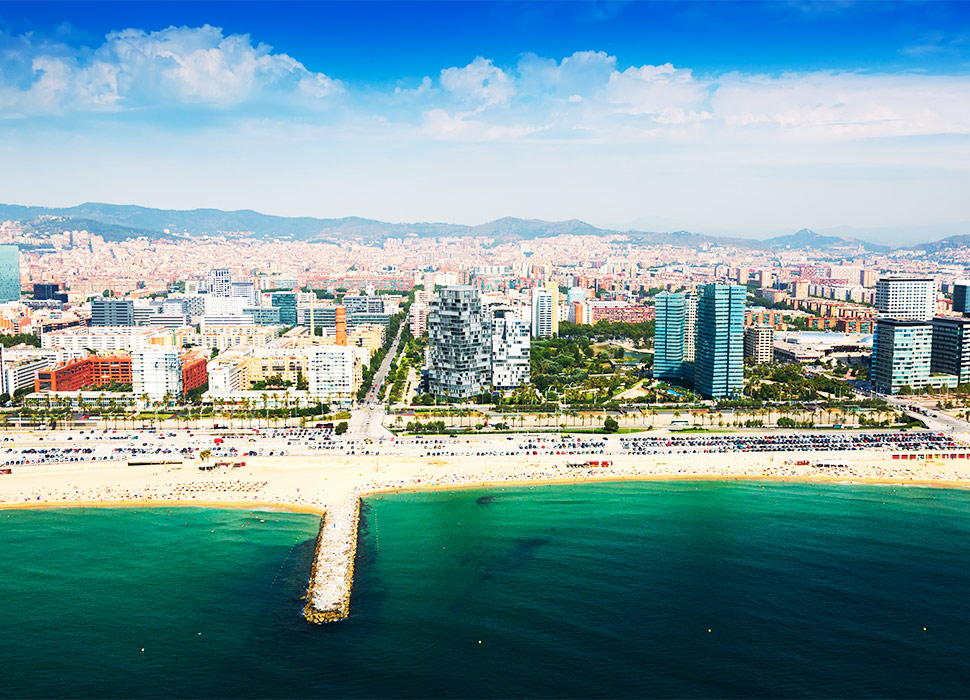 Poblenou is perfectly placed for a bit of beach action / Credit: 123rf

One of the best things about Poblenou is its location. It’s in walking distance of tourist attractions such as the Sagrada Família, but also extremely close to the beach. You’re able to walk to a sandy strip in as little as a few minutes, where you can sunbathe, swim and even paddle-board (try booking in with La Base Náutica). You won’t feel like you’re in a city at all.

Given that the area’s old warehouses have been repurposed as art studios, it should come as no surprise that there are myriad things to do for design lovers in Poblenou. Highlights include the design museum Museu del Disseny, Can Framis – a museum in an old factory that showcases modern Catalan paintings – and La Escocesa. The latter is a converted factory full of artists’ studios, which you can explore on a tour or during the gallery night they run each month.

For a great view of Barcelona, you can now go up the Spanish city’s answer to London’s Gherkin. Known as both the Torre Glòries and Torre Agbar, it’s principally an office building, but since 20 May, its viewing platform has been open to visitors, affording vistas over the city, sea, and nearby mountains. 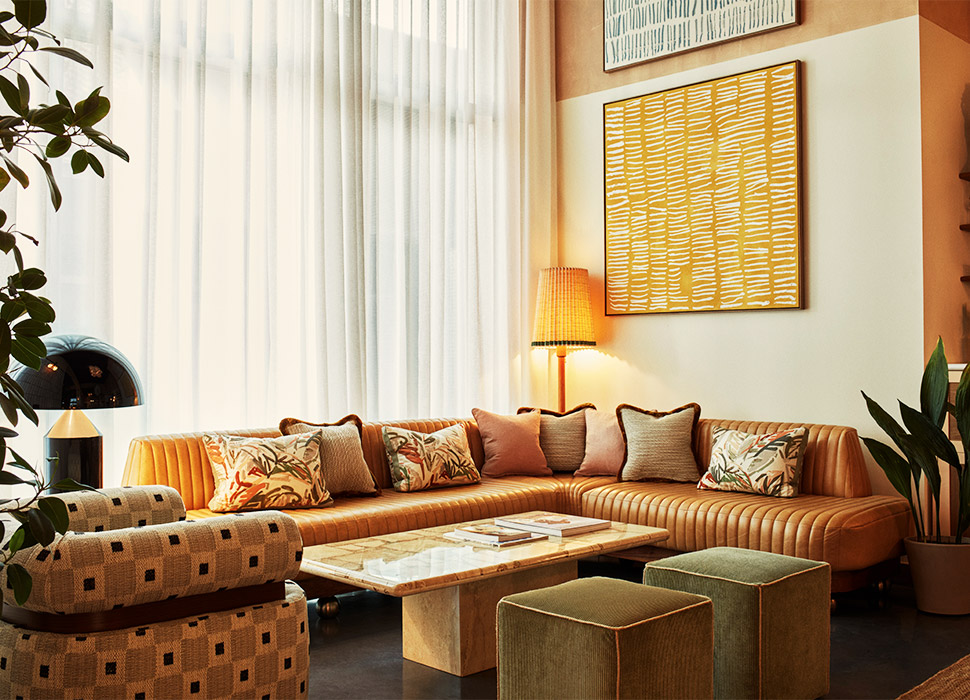 The Hoxton's Barcelona outpost is a bijous gem

Poblenou’s best stay has to be uber chic hotel The Hoxton, which has just opened in the neighbourhood. Along with its Mediterranean-meets-mid-century-modern rooms, there’s also a rooftop bar and pool, co-working space in the lobby and rentable meeting rooms, Detroit-style pizza joint Four Corners, and a bodega that sells artisanal local products, from wines and chocolate to olive oil and bonito.

Doing its usual thing of blending local touches with The Hoxton’s brand tropes, there are references to Poblenou and Catalonia all over the hotel: the hand-painted Maria Marvila mural decorating the lobby bar, Bofill-esque shapes covering the wall hangings behind each bed, and furniture sourced from the Els Encants flea market.

Another great place to stay is the Paxton Barcelona, about a 15-minute walk away from The Hoxton towards the beach. Guests can dine on Mediterranean meals at restaurant That’s Life, sip cocktails and carpe diem at its Yolo Bar, and take in views of the city from the rooftop infinity pool. 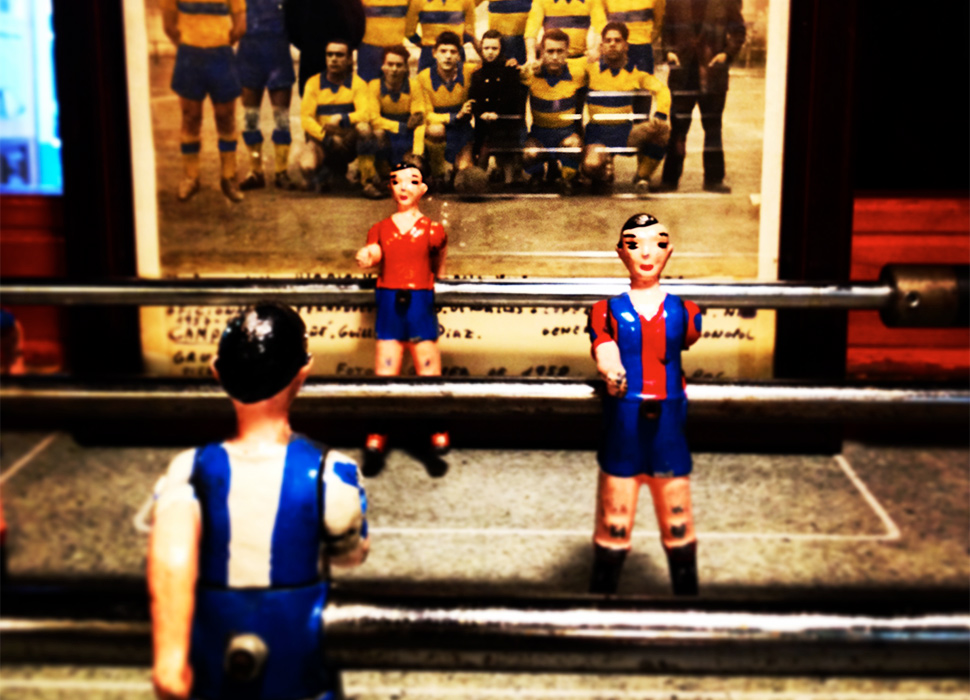 If you’re aiming for a Big Night Out, Razzmatazz is where it’s at. One of the biggest and most famous venues in Barcelona, it has five different nightclubs inside the one building. Each has a different (but always buzzing) vibe and pumps out a variety of genres, from techno to indie rock.

Poblenou also has plenty of smaller, less raucous spots to spend an evening. Local 225, for example, is a beautiful bar hiding behind ginormous wooden doors. Stop in for a glass of good vermouth. Then there’s Monopol, a casual boozer in a former football social club from the 1920s that’s covered in trophies and sports memorabilia, and Tope, a rooftop bar on the top of The Hoxton. It serves great cocktails and Mexican snacks, plus has a great view of the Torre Glòries and the Sagrada Família from one side. 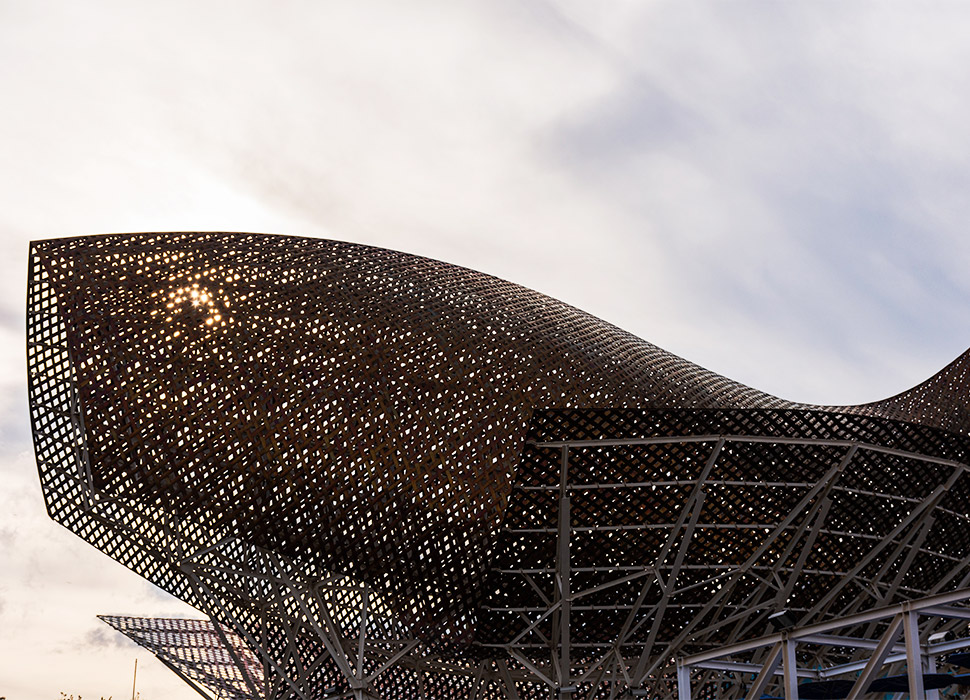 Beers, wine, cocktails? Craft beer, of course. Pay a visit to Garage Beer, a brewery-cum-bar with 20 of their own brews on tap and freshly made pizza to go along with it.

Dress code? Cool and casual. This is an emerging design district, after all.

Friendly locals? In recent years, Poblenou has become home to younger Barcelonians and expats, who rub shoulders with older locals. In our experience, people are generally quite open and curious to get to know you, without being intrusive.

Claim to fame? The Olympic Village for the 1992 Olympic Games, which were held in Barcelona, was built in Poblenou. It was this that kickstarted the neighbourhood’s redevelopment.