The best things to do in Barcelona

Catalonia's capital is one of the worlds great eating cities – and these are the best restaurants in Barcelona.

Hell, it's not bad for boozing either, so here are the best cocktail bars in Barcelona.

1. Get your mind blown by Catalan Modernism 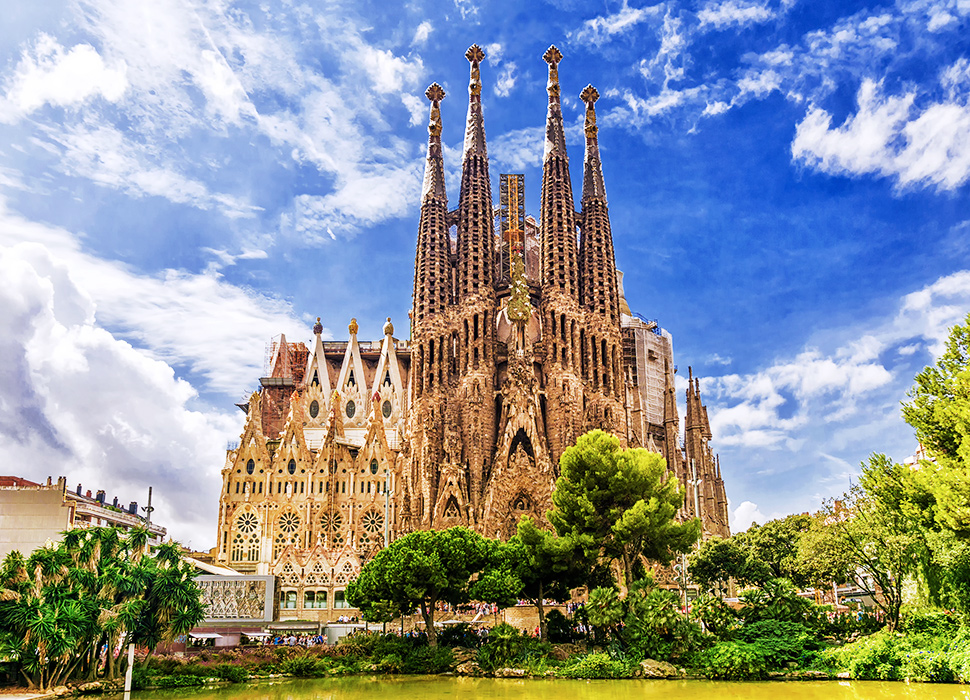 Any self-respecting visitor to Barcelona can’t miss the outlandish Sagrada Família basilica. Sure, the crowds are bananas but Gaudí’s as-yet-unfinished Roman Catholic temple is one of modern architecture’s most head-raising sights. Boasting eight towers, three façades covered with exuberant religious symbolism and stunning nature-inspired interiors, it’s considered the postmodernist architect’s masterpiece in waiting. Not a fan of throngs? Visit Casa Vicens instead; this small castle-like house covered with tiles was Antoni’s first major project. More into outdoor spaces? Take a nice stroll across the surreally tiled Park Güell instead. 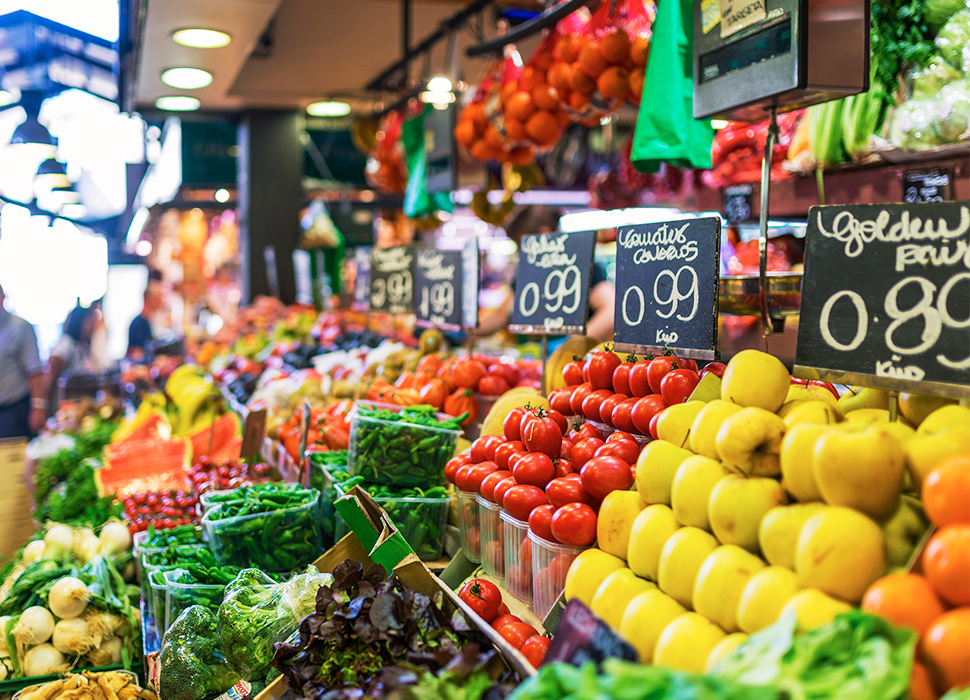 On one side of the famous La Rambla boulevard is the Gothic Quarter with its labyrinthine streets, churches, alleyways and hidden squares. On the other: La Boqueria, one of the globe’s pre-eminent food markets, a unique tapestry of vivid colours, smells, tastes and sounds, comprising more than 300 of stalls selling local and imported prime-quality ingredients. You might have to fight your way through the crowds to get a seat at iconic bars such as El Quim, Pinotxo and Kiosk Universal, but nothing beats savouring a plate or two of homemade tapas in the midst of this truly vibey area.

3. Feel too cool for school in Sant Antoni 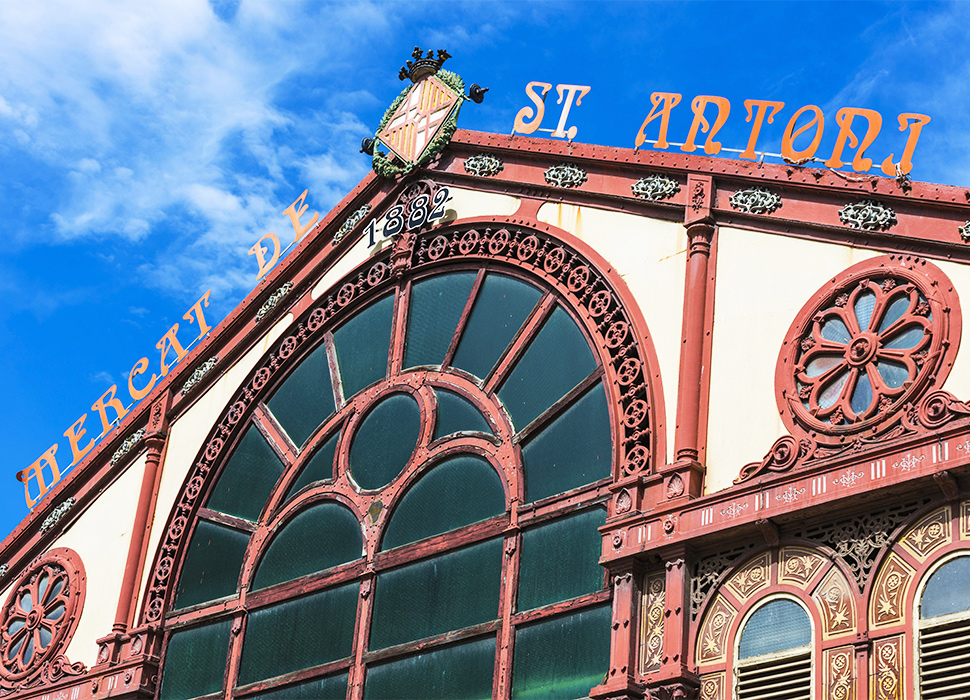 Quirky clothing and furniture shops, art galleries and stylish restaurants have turned this area into one of the trendiest in the city. Thirsty visitors should make for Carrer del Parlament, a bar magnet for hipsters and their ilk; Calders (Carrer del Parlament, 25) and Els Sortidors del Parlament (Carrer del Parlament, 53) are the prime watering holes, but nabbing a spot can be hard work. For a less on-trend experience, drop by Mercat de Sant Antoni, an impressive 19th-century wrought-iron market, and surround yourself with grannies pushing shopping carts and local customers chatting away with vendors. 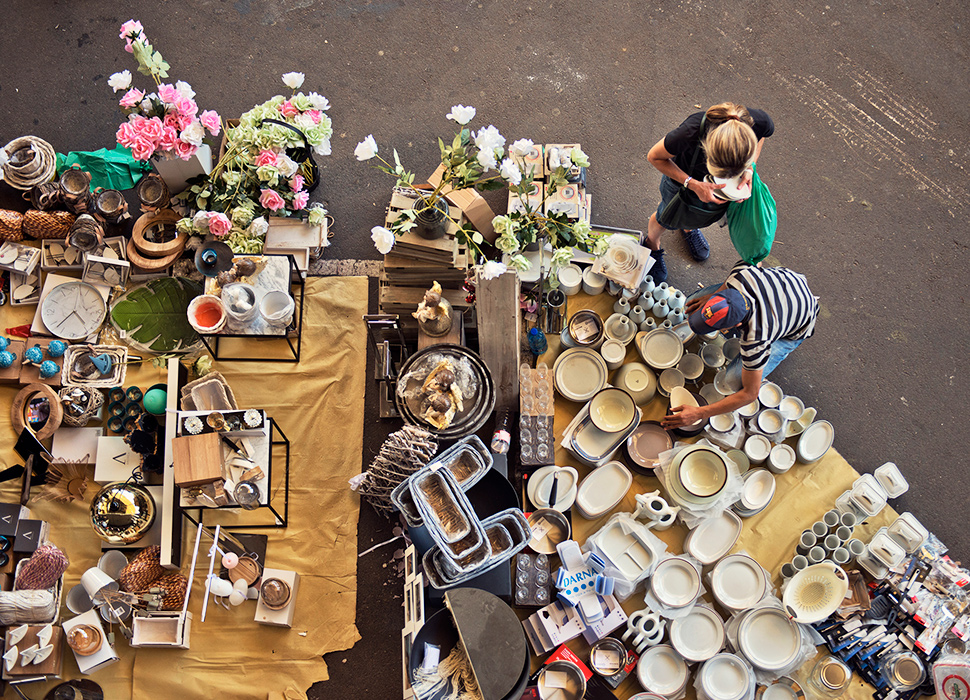 With more than seven centuries of history, Els Encants, right opposite Jean Nouvel’s colourful skyscraper Torre Glòries, is one of the oldest secondhand markets still active in Europe. The 35,000 square metre multi-levelled canopy space, with its strikingly wavy and reflective roof, houses 300 stands selling bric-a-brac, antiques and memorabilia as well as new everyday items and outlet clothing. If treasure hunting and haggling get exhausting, head to the street food corner for a well-deserved (and restorative) nibble.

5. Get high on fine art at the MNAC 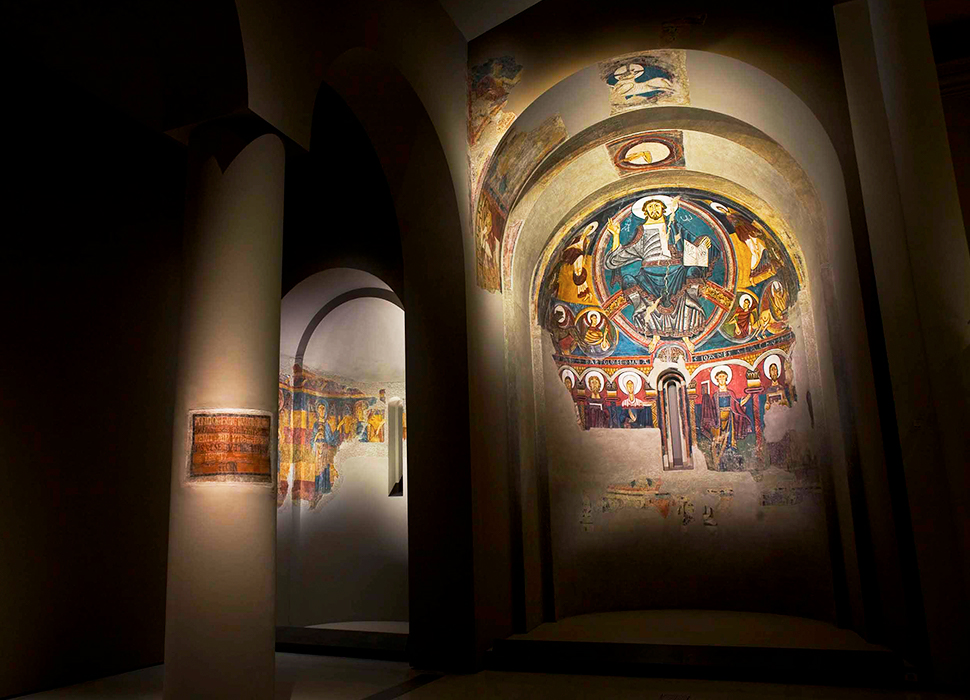 Sitting on the side of Montjuïc hilltop – with its remarkable, lofty views over the metropolis – MNAC (the National Museum of Catalan Arts) showcases an impressive collection of Catalan art from the 12th to the 20th centuries. Romanesque lovers will fawn over the institution’s outstanding collection of murals and panel paintings, while the ace Renaissance and Baroque rooms – with works by Rubens, Velázquez, Viladomat et al – should scratch anyone’s chiaroscuro itch. Contemporary art aficionados need not get the hump, though – the equally fantastic Joan Miró Foundation and Mies van der Rohe’s geometric El Pabellón de Barcelona pavilion are but spitting distance away.

6. Take a stroll and a siesta in Barceloneta 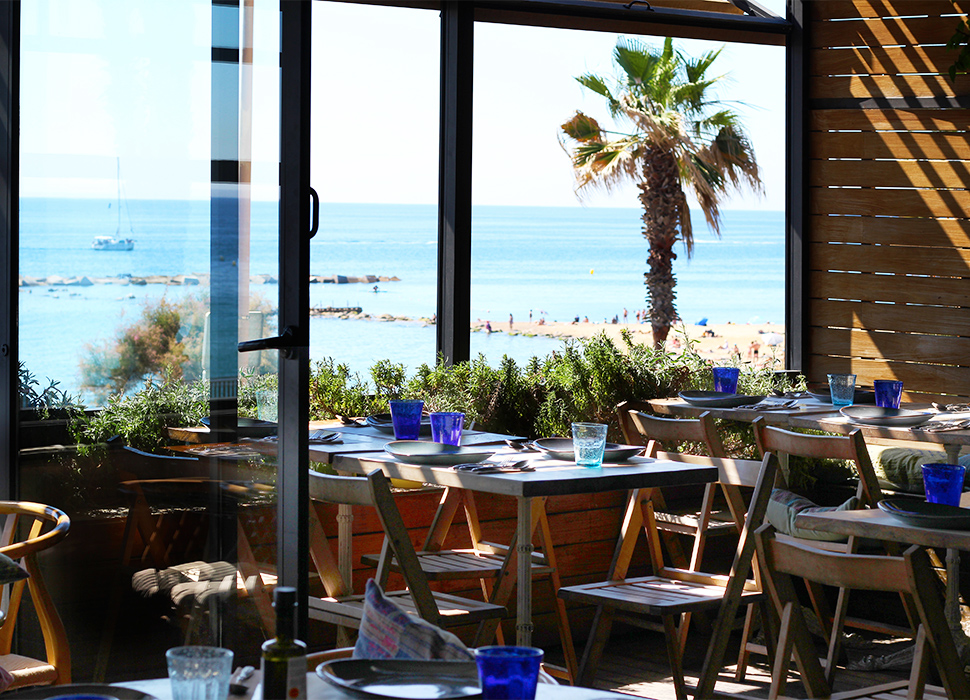 Taking in the waves with a city-best dish at Barraca

Go nuts ordering fresh fish, seafood and paellas in the former fishing neighbourhood of Barceloneta – especially at great little spots like the lauded Barraca and Can Ros. A post-prandial stroll to Bogatell beach and a quick siesta on the sand will help you digest. Once you're feeling re-energised, hydrate in one of the natty terrace bars around Rambla del Poblenou, an old industrial district nicknamed ‘Barcelona’s Brooklyn’.

7. Make a mockery of your diet and bite into a bomba 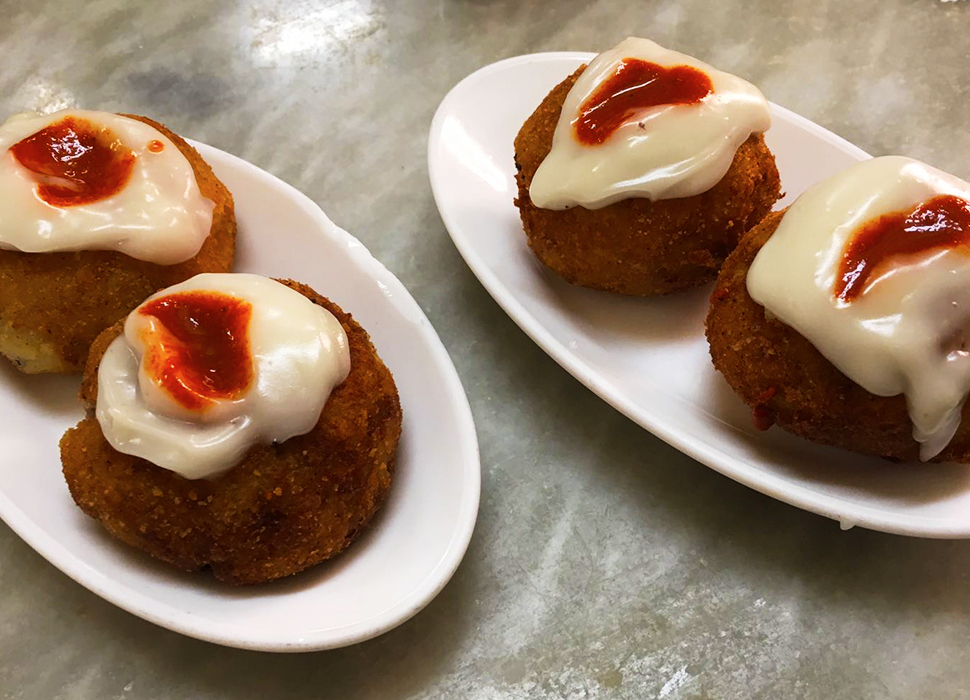 This crispy, deep-fried ball of mashed potato – filled with spiced minced meat and served with aioli and tomato sauce – is one of the city’s key contributions to the Catalan cuisine map. Head to La Cova Fumada (Carrer del Baluard, 56) or La Bombeta (Carrer de la Maquinista, 3) to try the traditional version, and to El Nou Ramonet (Carrer de Carbonell, 5) or Bodega Colibrí (Passeig de Joan de Borbó, 6) to savour more modern iterations. Wash them all down with a refreshing caña (a small glass of beer). What's a salad?

8. Get lost among the tranquil terraces of Gràcia 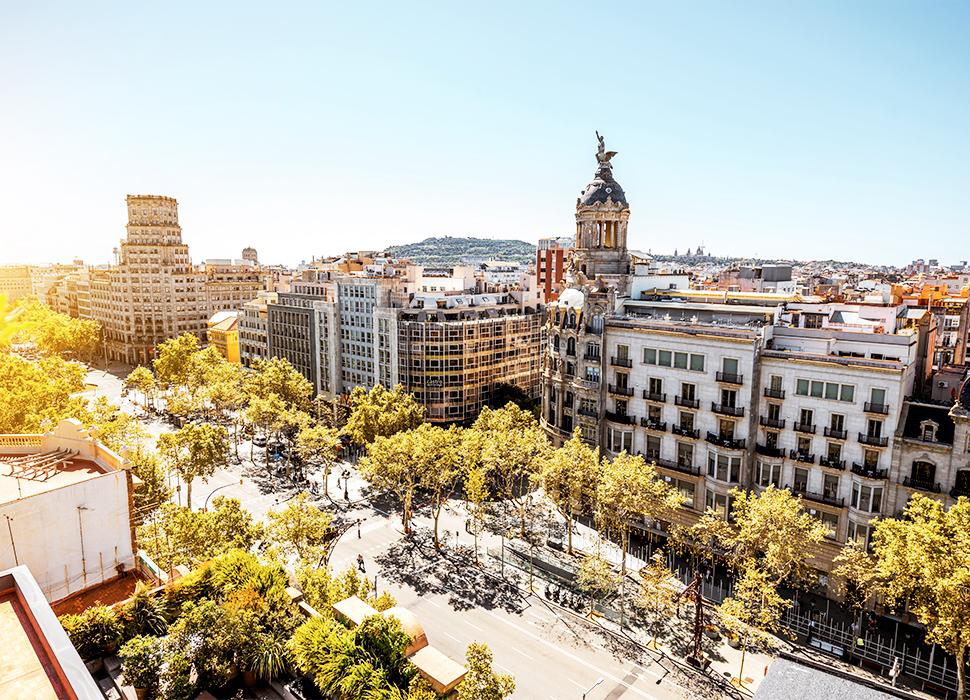 Meandering along Gràcia’s narrow streets is one of Barcelona’s most genteel pursuits. Here, below the wacky sculpture and tiles of Güell, you'll discover enchanting squares full of independently owned bookshops, cosy cafés, bohemian bars and old-school bodegas (traditional wine bars). With the bourgeois aspiration fulfilled, head for a stroll down Passeig de Gràcia for an architecture hit, marvelling at emblematic Catalan Modern buildings such the Hotel Casa Fuster, La Pedrera-Casa Milà, Casa Batlló and Casa Amatller. Then, pretend money grows on this lavish avenue’s trees and spend it in the city’s most exclusive fashion boutiques.

9. Take in the city from a hilltop bunker 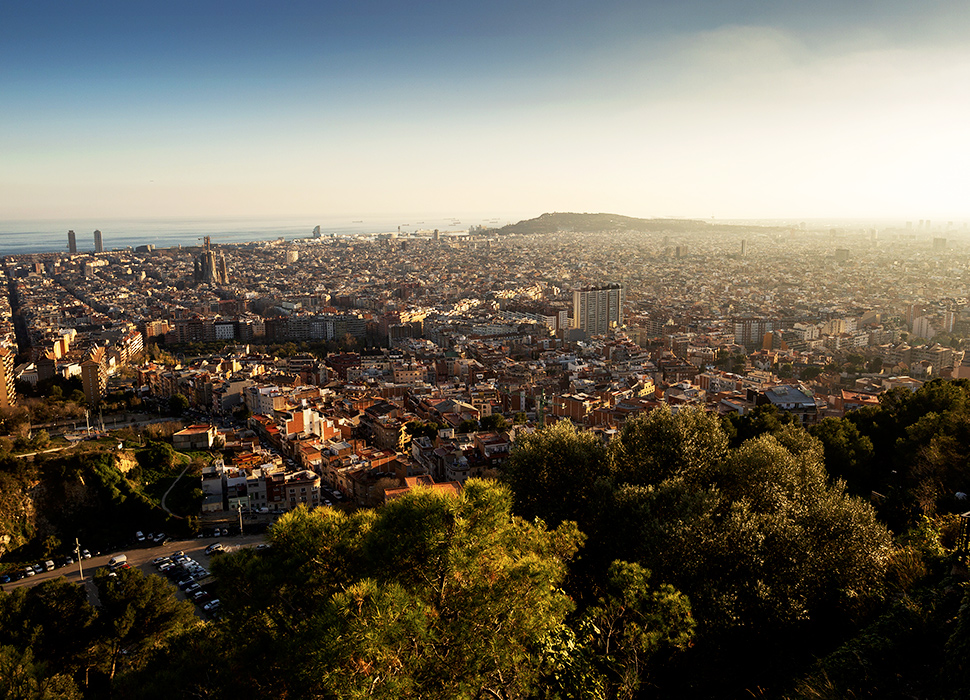 Popularly known as ‘the Bunkers’ due to its former life as an anti-aircraft battery during the Spanish Civil War, Turó de la Rovira has more recently become an improvised evening meeting point for Instagrammers and large groups of youngsters, who head up the hill to relax and make merry with drinks, snacks and music. The striking panoramic views make the 25-minute walk from Carmel tube station totally worth it. Try to be there right before sunset and let yourself go with the flow.

10. See the writing on the wall at La Nau Bostik 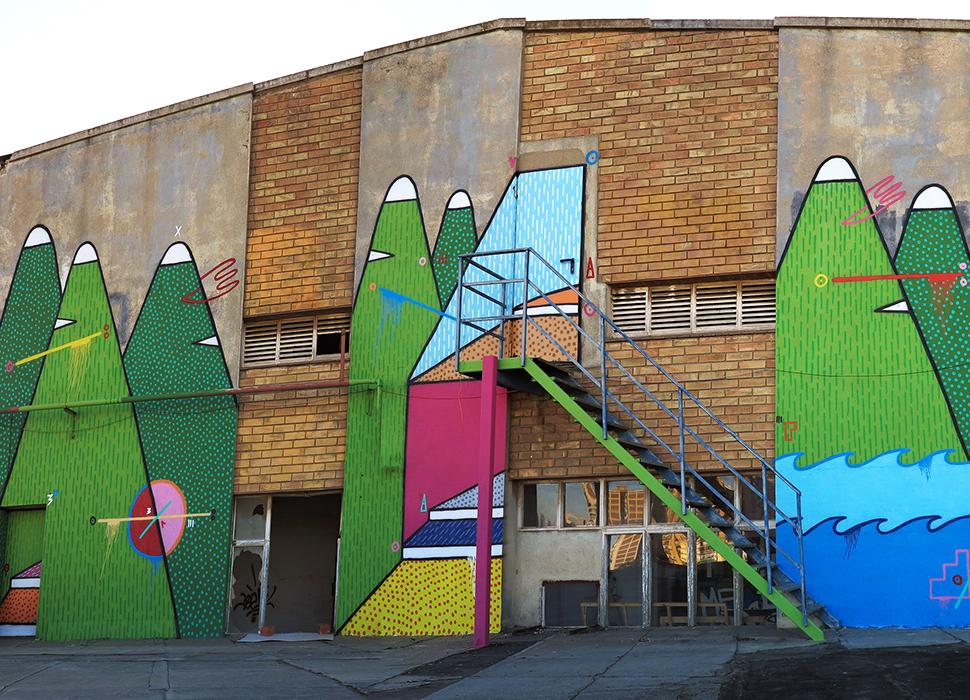 In 2015, a group of neighbours, activists and artists in La Sagrera district decided to transform a massive abandoned glue factory into a bustling cultural hub. Today, La Nau Bostik's exterior walls have become Barcelona’s first graffiti museum – featuring vivid work by renowned local muralists like Sixeart and Fasim. Not far from this urban art-heaven, there’s the charming arched square of Plaça de Massades. Sidle up to one of the homey bars with outdoor seating and raise a glass of locally produced cava or vermut to toast the city.