There is, perhaps, no more satisfying a holiday victory than making it to the perfect beach and finding you've got it almost all to yourself.

In general a mellower place to escape to than its larger Balearic counterparts, Menorca is a small, hilly island dotted with pretty whitewashed villages, and boasting some of the most beautiful sandy bays in the Mediterranean. Hiking its coastal trails, or hopping from cove to cove via boat, are both perfect ways to explore. And pristine, deserted beaches will reward intrepid sand-seekers who venture further afield. Check out these three in particular.

Get sand between your toes on Cala Escorxada 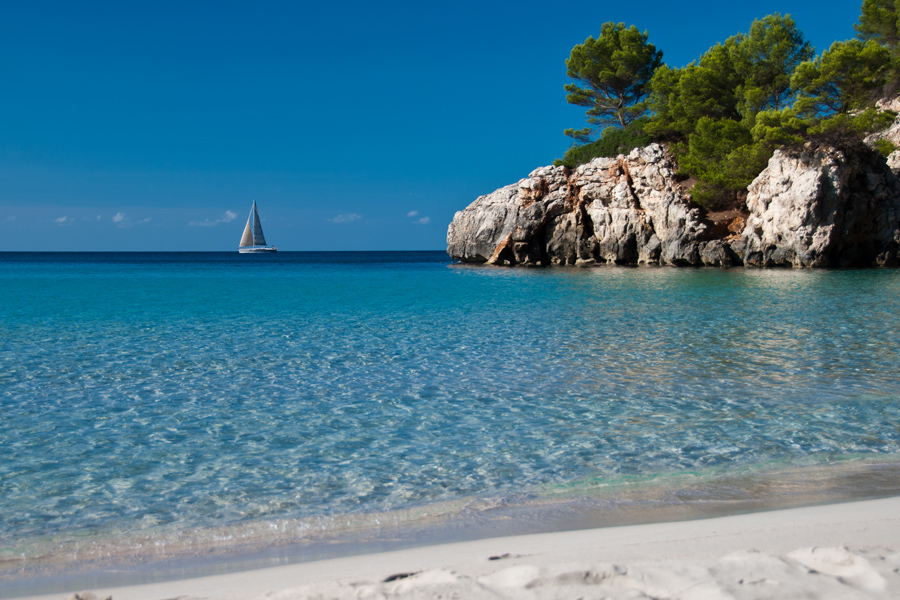 Menorca's Cala Escorxada can only be reached by boat or on foot / Image: Getty

Among these treasures, Cala Escorxada is a particular hidden gem. Found on the south coast of the island, it’s a stretch of pure white sand lapped at by invitingly shallow water and shielded by rocky outcrops.

To get there requires a two-hour hike through pine forests – or a gentler boat trip, which is how most people arrive. Rest assured, you won’t be bothered by any booming house beats, or the engine roar of wayward speedboats.

It's just going to be you, a good book and your well-earned sense of achievement. 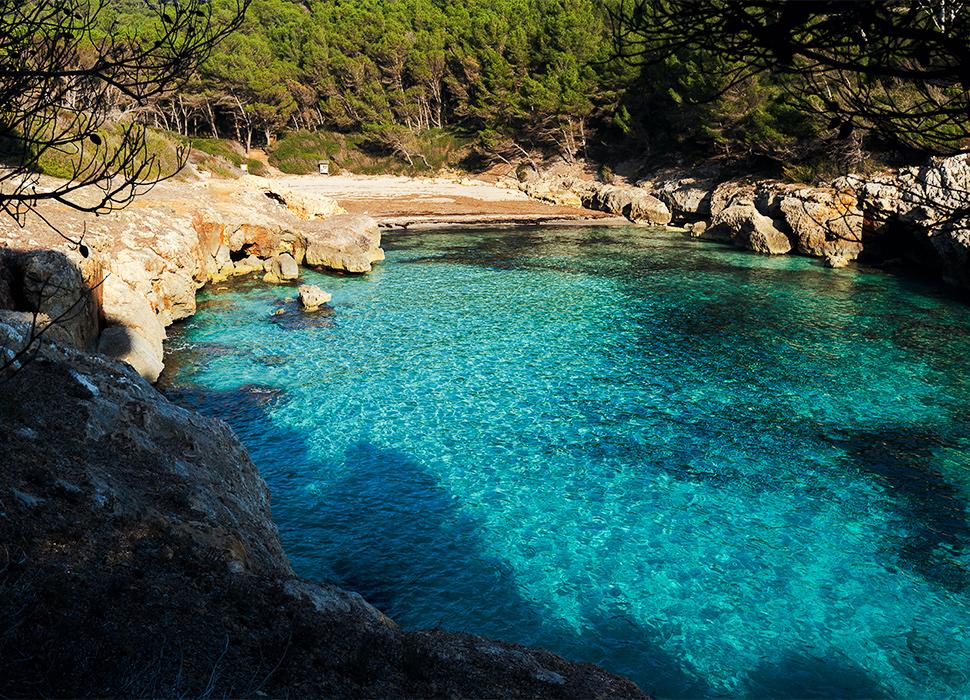 If Escorxada’s two-hour schlep seems a little swift, then the three hours it takes to hike to nearby Cala Fustam – best approached along the coastal Camí de Cavalls horse path – will suit the most determined dippers.

A craggy, forested cove with a 25m sweep of white sand dotted with seagrass, and startling crystalline waters, Fustam is wilder than Escorxada and quiet on even the nicest days – the very definition of an unspoiled virgin beach. And if walking for half a working day in the blitzing heat doesn’t appeal, it’s also accessible via boat, kayak or horse tour.

Want it in a different colour? 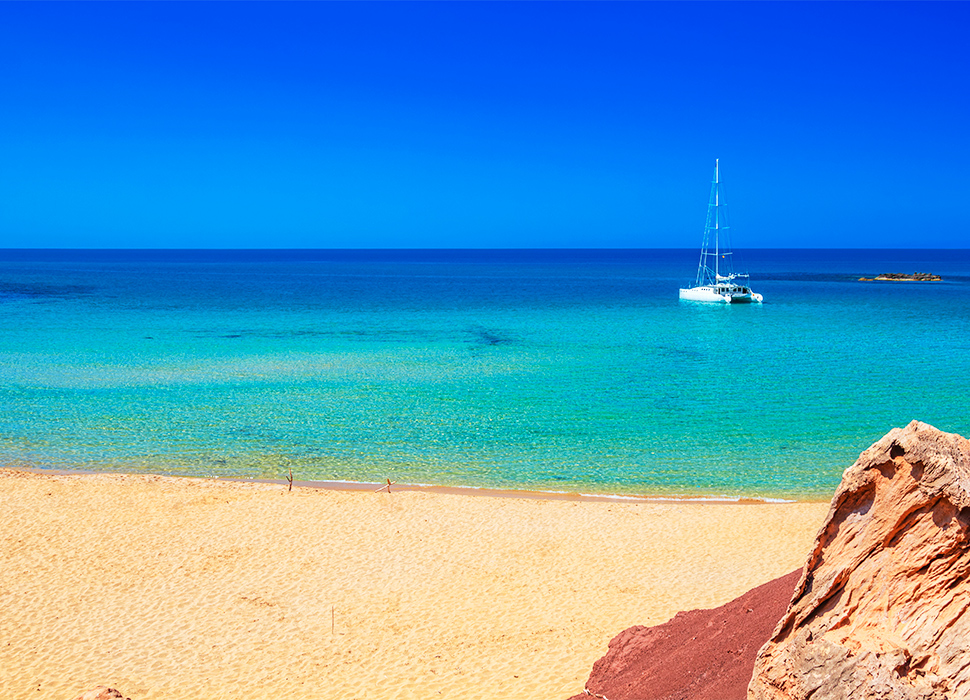 The deep golden sands and rust-red hills of Cala Pilar – a secluded bay on Menorca’s northwest coast, east of the Cape Cavalleria lighthouse – are some of the most striking on the island, and well worth the 40-minute stroll along sandy, pine-lined paths from the nearest car park (near the 34km turn-off from highway ME-1). At 250m long, the beach has plenty of space to lay your towel, and the complete lack of facilities make it a particularly unpopulated haven among Menorca’s many quiet coves.

Bathers beware: Pilar is almost wholly exposed, although there’s a small cave above the beach in which to escape from the sun. And, while it’s brilliant for snorkelling on account of being in a protected fishing area, northerly tramontana winds can make the sea rather turbulent on blustery days.