Where to sip the finest wines in Majorca

Ah, Majorca. This sun-kissed Balearic island is one of Spain’s greatest crowd-pleasers. Families come for the sandy beaches, culture lovers have caught on to the charms of the capital, Palma, cyclists and runners train on the undulating hills, and young party animals spin out in Majorca’s resort towns. But less well known is the fact that this Spanish island also has a seriously good wine scene.

"A small community of innovative wine producers is thriving in Majorca"

The history of wine-making in Majorca, which is documented as far back as Roman times, is a rollercoaster ride of peaks and troughs. But in the past 20 years or so, the industry has found its feet again. A small community of innovative producers is thriving, with the help of the island’s famed dry summers and lime-rich soil. Lesson one: good growing conditions mean happy grapes and quality drops.

Sampling inexpensive bottles of local red and white plonk in a Majorcan restaurant or bar is one of the best ways to spend an afternoon or evening, but for the full experience you need to rope in a designated driver and zip along sun-dappled country lanes to drink at the source. Here’s our pick for a DIY tour of the island's bucolic wineries, many of which are open for snacks, tours and, of course, wine tastings.

This peaceful family-run winery in the Puigpunyent region is just a 25-minute drive from Palma, heading north west. It’s one of the smaller wineries on the island and it shows – in a good way.

The grapes are hand-picked by the same people every season and there’s a chilled family vibe. Pop in as your first stop for a run through and tasting of their chardonnay, sauvignon blanc, merlot and tempranillo. 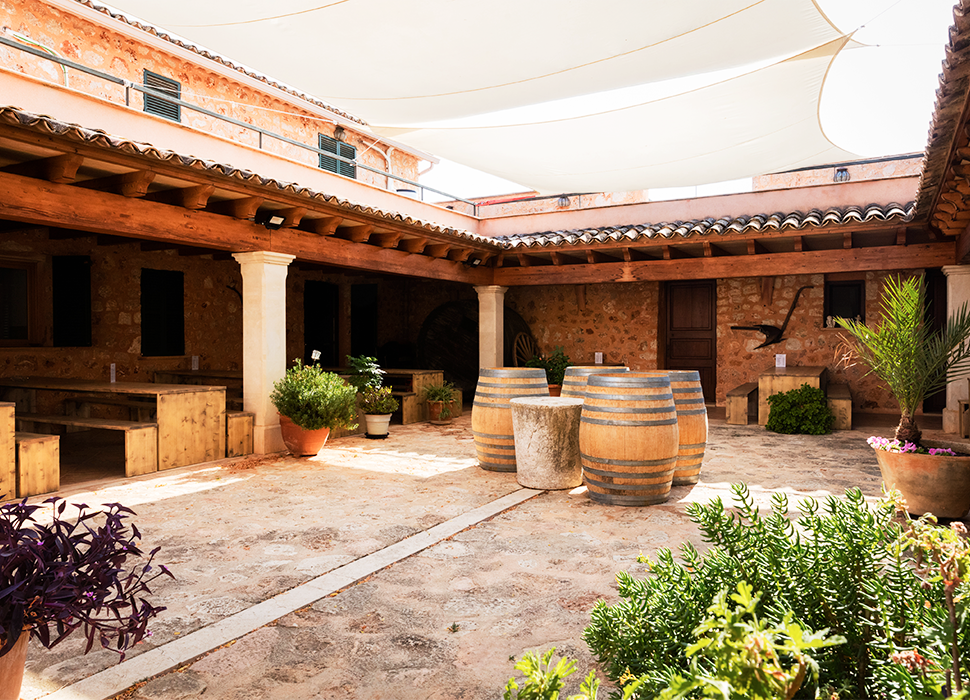 Wine tastings are paired with cheese at Bodega Angel

It’s a pretty 25-minute drive to Bodegas Angel in Santa Maria, near the centre of the island. The team here believe it’s the energy and passion that they put into their wine-making that’s the secret to its success, so swing by to sample their dry whites, rosés and dry oaked reds.

A super smiley team will happily take you on a tour around the vineyards, before you get to try their finest bottles with a side of Mahones, a soft white cheese from neighbouring Menorca.

Hungry? Good. Next up on your wine-tasting tour is Bodegas Ribas, a 10-minute drive from Angel. This family-run, 300-year-old business is the island’s oldest winery and proudly dabbles in the greatest diversity of grape varieties on Majorca.

A tour is great, but a wine-pairing lunch is even better. Settle in for an afternoon in the garden, or the 18th-century family home, and tuck into a seafood starter, local suckling pig with roast potatoes, and a glass of Sio Crianza. Finish with Majorcan almond cake with ice cream and a glass of sweet Sioneta – yum. 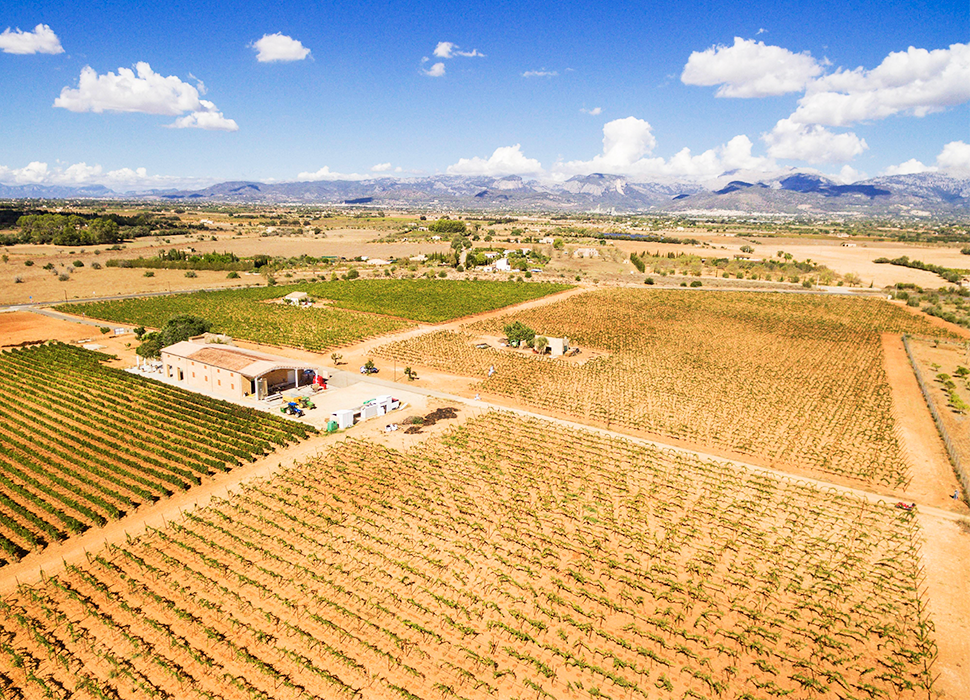 Stripped-back, super-modern labels adorn the bottles at Bodega Son Prim – not that we’d ever judge a wine bottle by its cover. Handily, this winery, the last stop on your tour, makes wine that tastes as good as it looks. Start with a guided stroll around the oak barrels and vines that line a vast field of rust-red clay, before heading to the terrace for tastings.

The sipping rituals start with a 2018 Maria Jose chardonnay, followed by three red wines, including the 2017 Son Prim cabernet sauvignon. If you need another nibble to soak up the booze at this point, you can tuck into platters of Iberian ham, cheese and bread. Don't forget to grab a few bottles to take back to your villa.