From vintage trains to terrific tapas, literary significance and a cracking cathedral, this Balearic beauty has so much to offer. Here are our picks

1. Cool off at the Alfàbia Gardens 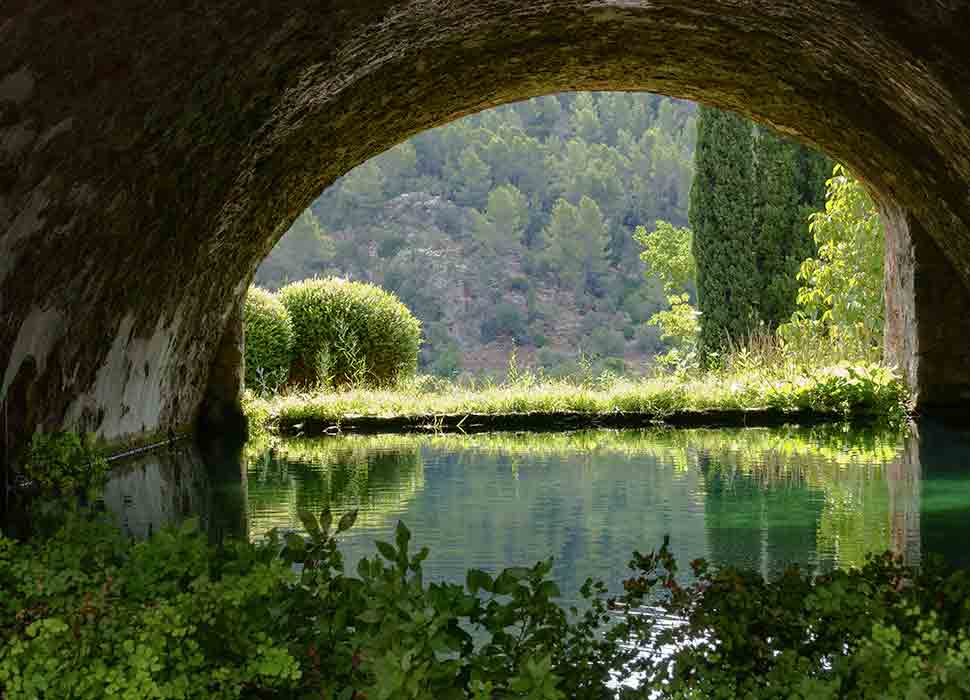 Gardens rarely come as green as those at Alfàbia / Image: Adobe Stock

Situated on a noble estate with roots going back to the 13th century, the Jardines de Alfàbia are a peaceful bucolic refuge where you can take it easy and duck out of the blistering daytime heat. Here, soft wavy grasses, the intoxicating scent of orange trees and the perfume of zingy jasmine blossom in the springtime beautifully complement the quiet tinkle of natural streams. Marrying robust tropical foliage with a refined English landscaping sensibility, this little slice of Eden is basically like hitting up a National Trust garden back home, without the depressing drizzle.

2. Take on a tapas crawl across Palma 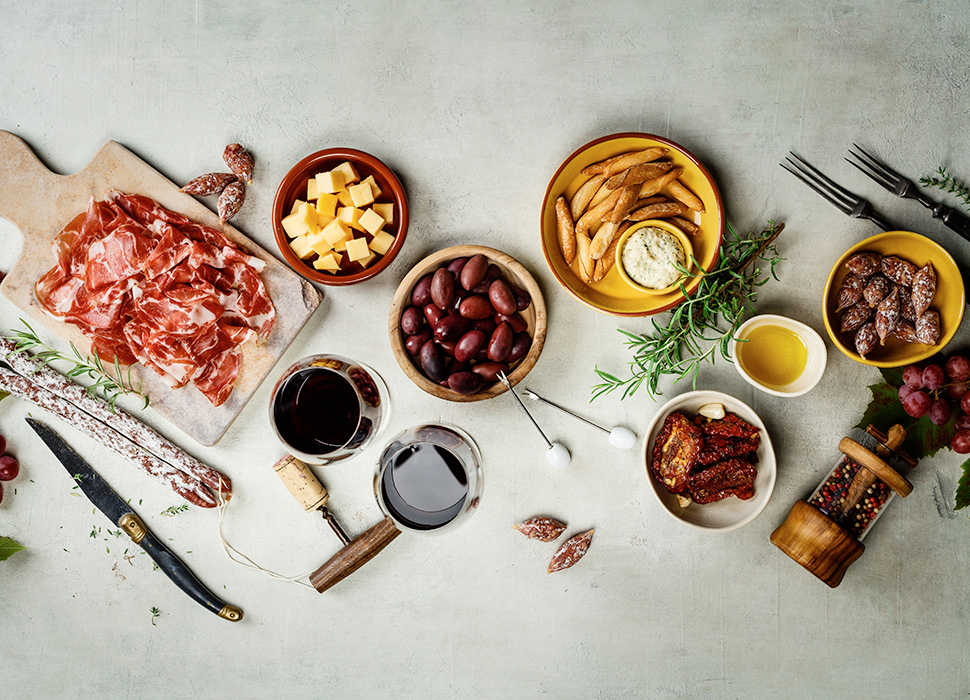 The distinctly Spanish genius for making their national cuisine snacky and bite-sized means you get to hit up a number of diverse dining rooms in one almighty scoff crawl. If you happen to be in the Majorcan capital 0f Palma, start by hitting up Bar Día (on Carrer dels Apuntadors) for a proper cosy old-school feast (think traditional tortilla with garlic prawns). If you’re feeling a little more out there, try Forn de Sant Joan (on Carrer de Sant Joan) for funky Asian fusion tapas; before hitting the classic-in-waiting El Camino (on Carrer de Can Brondo), founded by Eddie Hart of London's Barrafina fame. Round off with a stiff drink among the reassuringly hefty wine barrels at Taberna de la Boveda (on Passeig de Sagrera). Then sleep it off and start again.

3. Get your holy Gaudí fix at La Seu 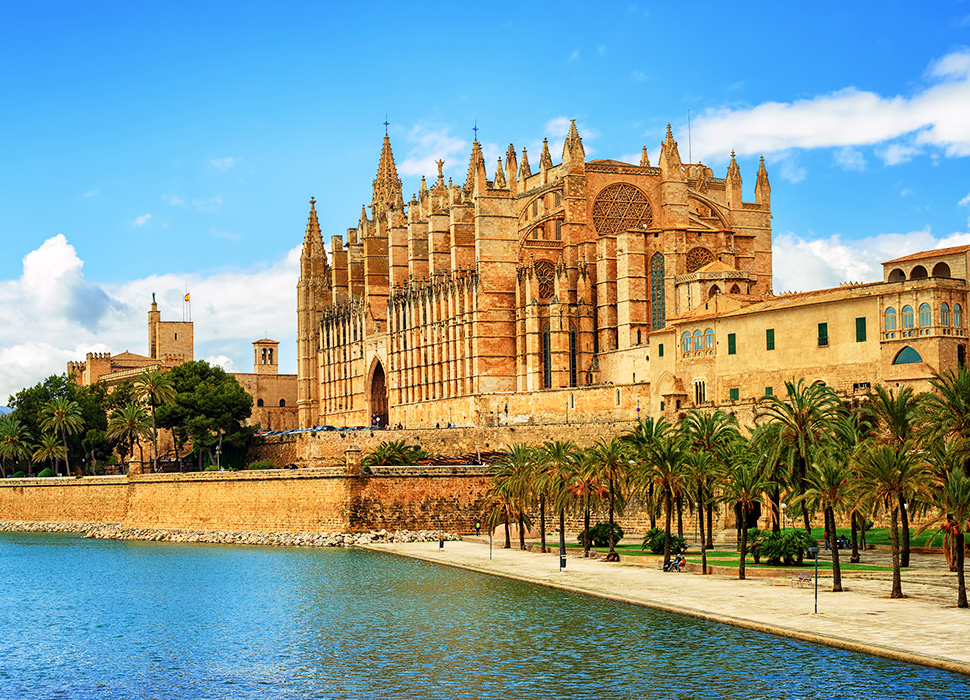 Even by a regular cathedral’s standards, the almighty sandstone edifice of the Cathedral de Mallorca – popularly known as La Seu – has tons going on visually. A work in progress since the 13th century, its visual style lurches from gothic – shout-out to that mega 14-metre rose window, perfectly placed to catch the sunlight on the winter solstice – all the way to fussy baroque and back again. Beloved Catalan Modernist Antoni Gaudí was hired to work on it in the early 20th century. Behold his huge wrought-iron crown dangling over the main altar – it's well worthy of your worship.

4. Summon the muses in Deià 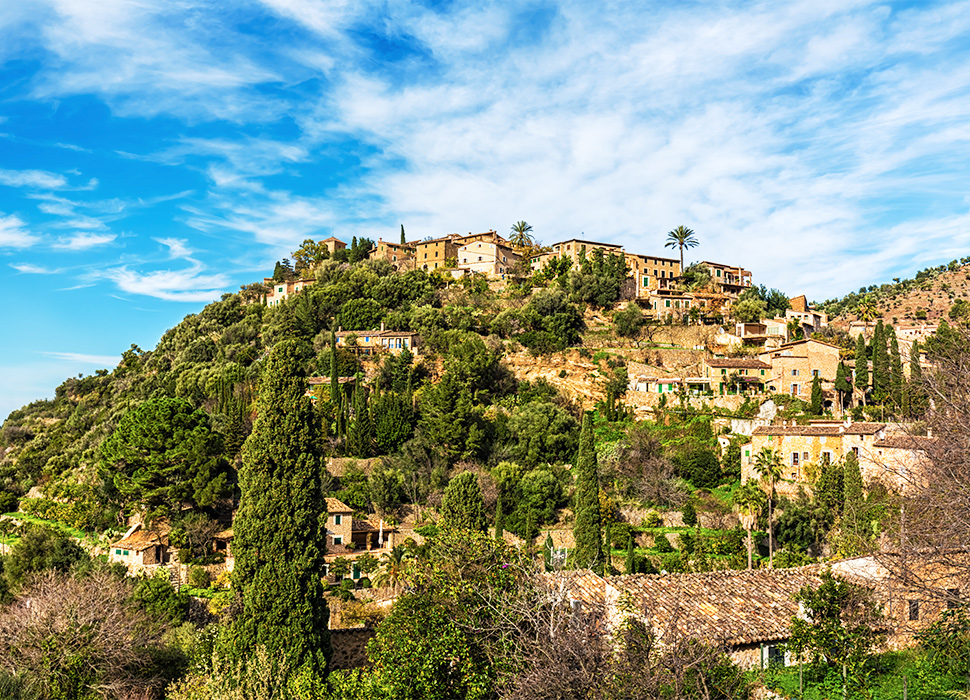 Noted English poet Robert Graves spent many of the best years of his life chewing his pen top and composing verse in this idyllic seaside village. "There's no money in poetry," he famously said, "but then there's no poetry in money, either." Ironic, really, as nowadays Deià is strikingly well-to-do. Still, it retains a distinctly bohemian vibe, with enough louche action going down in the bars and cafés to make them worth a stop off and a tipple if you’re thirsty for inspiration. There's now a museum to Graves' work, and there’s some lovely hiking up in the hills if you still need your spirits elevating. 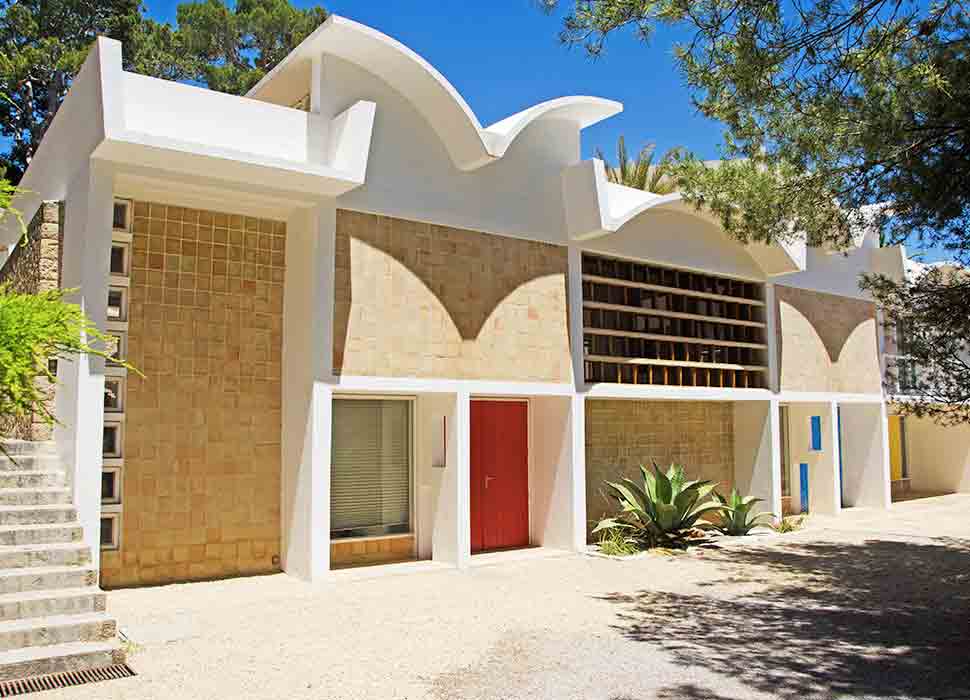 Much-loved Spanish surrealist Joan Miró spent his most productive years living on Majorca. Shortly before his death in 1983, he established a foundation dedicated to preserving his work and advancing the wider cause of modern art. Today, his museum hosts a vast collection of 6,000 items, including his own paintings, sculptures, drawings and graphic arts. It’s spread across three buildings, the most exciting being the bracingly modernist Rafael Moneo-designed pile that houses the offices of the foundation. Keep your eyes peeled for Mirò’s work all over the place, at Es Baluard and other smaller galleries around Palma. 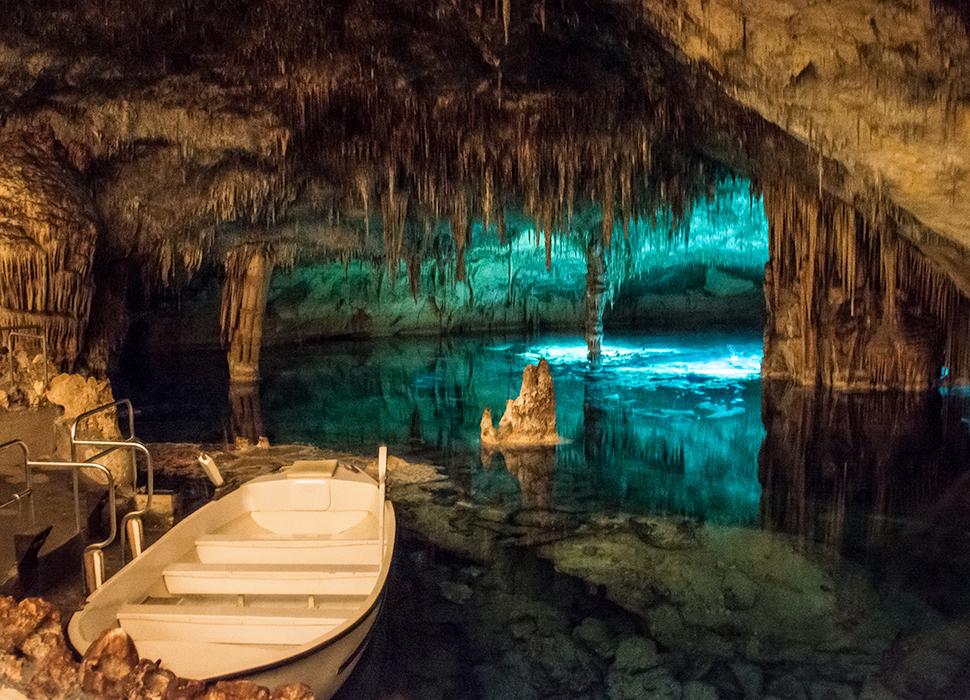 Cuevas del Drach (aka, the Dragon Caves) are rightly famous for their underground lake and hifalutin classical violin recitals. But for a less touristy – more, shall we say, underground – caving experience, give the lesser-known Coves de Campanet (aka, the Bell Caves) a whirl. Tucked away discreetly in the Tramuntana mountains, they support the longest, thinnest stalactites in Europe, and are a big draw for scientists thanks to their endemic species of blind beetles and haunting white wax deposits that have inspired generations of artists and poets. It’s deep, man.

7. Hot-foot over the Tramuntana mountains 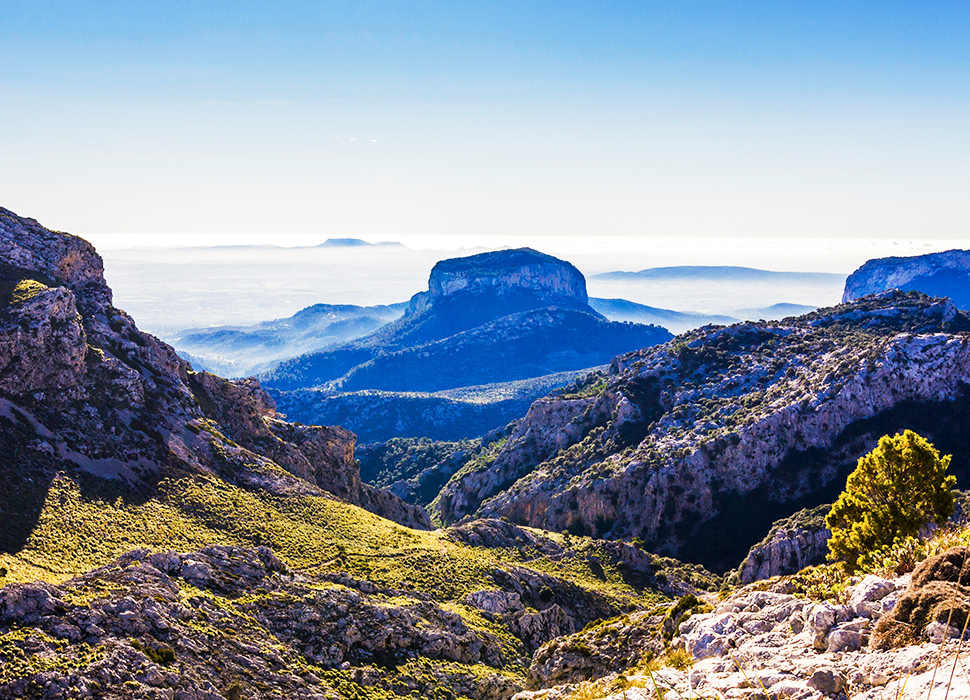 The Tramuntana is a peak range / Image: Getty Images

Most people associate Majorca with sandy beaches and long, hot post-lunch siestas. But where’s the fun in that? The ravishing Tramuntana mountain range is criss-crossed with proper ancient trails that weave in and out of lush foliage, snaking past romantic ruins only to emerge suddenly onto bare clearings with breathtaking views out across the shoreline and across the twinkling Med. No wonder it’s recognised as a UNESCO World Heritage Site – history, nature and culture collide here without a sandy towel or damp trunks in sight.

8. Stroll around the former fishing barrio of Santa Catalina 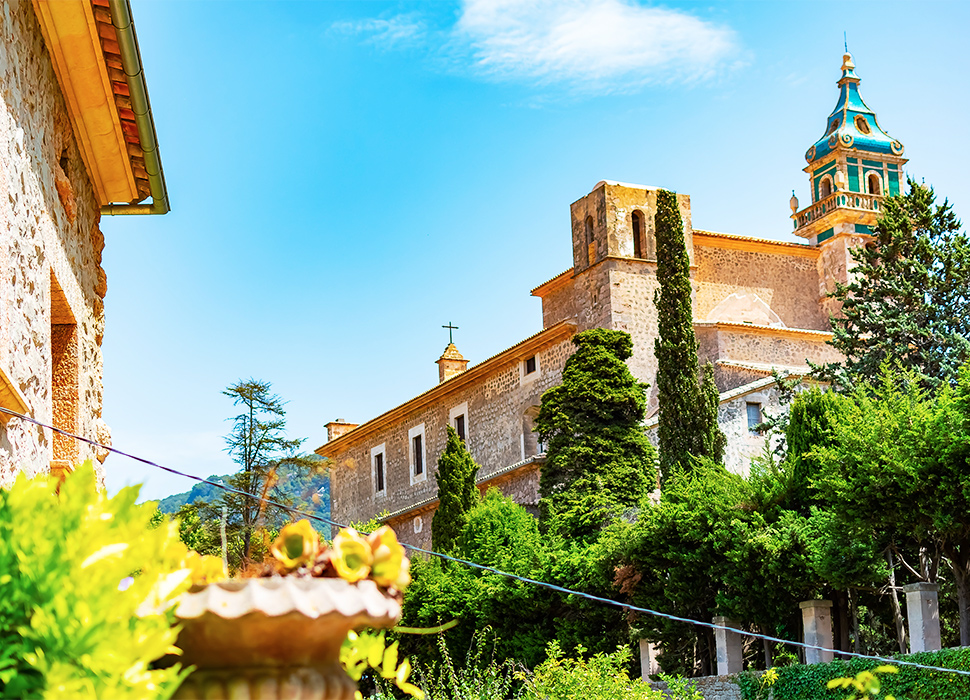 Palma’s grooviest neighbourhood is a little bit spesh in both the daytime and nighttime. When the sun’s out, Mercat de Santa Catalina is where fancy locals shop for posh produce, and it's also blessed with lots of cute boltholes to grab a bite. Perambulating around, it's easy to see why the tiny streets and happy jumble of multicoloured houses have made it a very desirable hood of late – all the more so after dark, when the bars start buzzing. Forget what you think you know about the Majorca boozing scene, though – this is a far more civilised, locally authentic affair than the two-for-one tourist honeypots.

9. Take the vintage train to Sóller 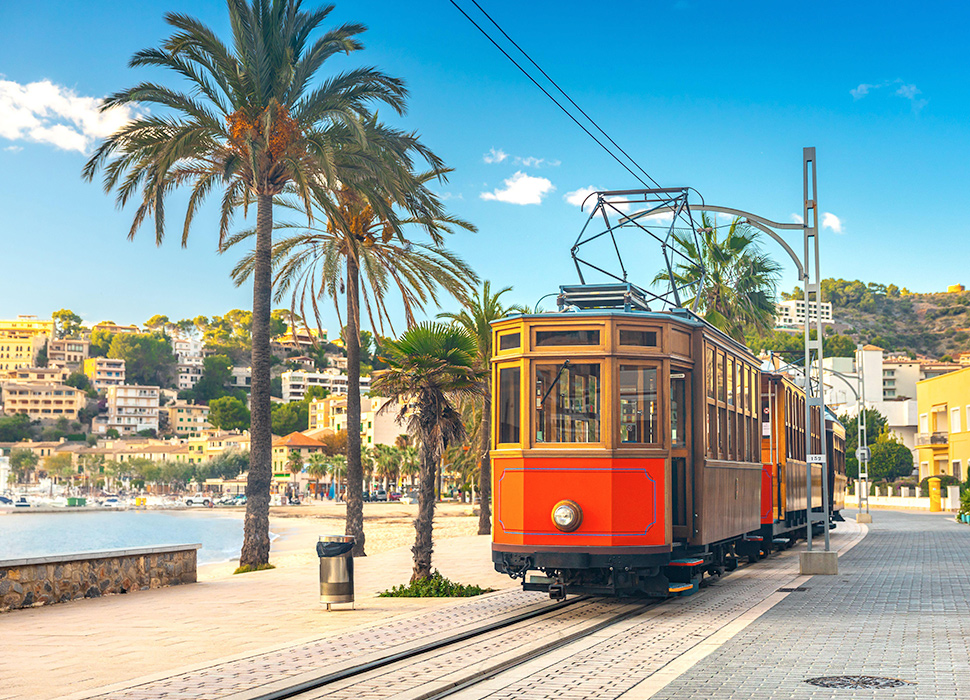 Kids of (quite literally) all ages can’t get enough of Majorca’s century-old vintage narrow-gauge railway that chunters along the 17 miles or so from Palma to Soller, across the Sierra de Alfabia mountain range, like something from a storybook. The full journey, traversing vintage viaducts and descending into cool, dark tunnels in antique mahogany-and-brass carriages, takes about an hour from end to end. On the way, you'll pass Bunyola, home of a poky 30 per cent herb liqueur. You’re definitely encouraged to hop off at the quaint little station and buy a bottle – well, it’s not as if you’re driving. 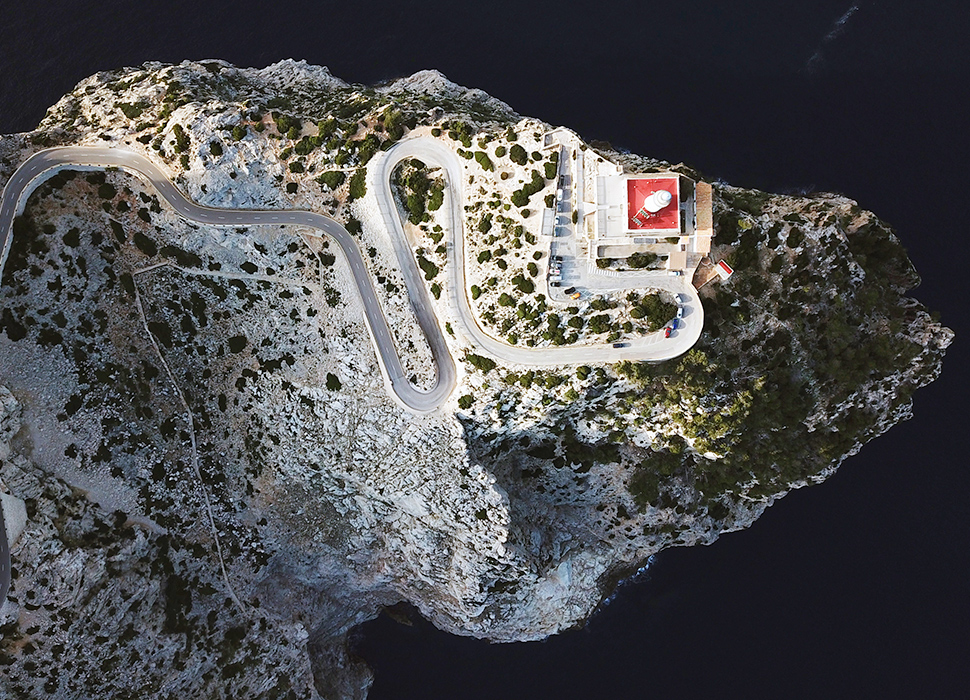 The hair-raising route to the titular lighthouse / Image: Adobe Stock

If you are keen to get behind the wheel, be sure to set your sat-nav for the ultimate James Bond-esque mountain drive. The eponymous Cap de Formentor is actually a lighthouse, and the road – less romantically named the PM-221 – is said to be one of the most scenic anywhere on Earth. Cue screeching around heart-stopping hairpins and zooming up well over 5,000 feet of climbs while navigating the edges of sheer cliffs. And while the law now prevents you getting all the way to the lighthouse, what you can still drive on is plenty hair-raising enough.