For a small island, Majorca has a great dining scene. Head to Palma for tasting menus and fusion food, or venture further afield for fresh seafood and island classics 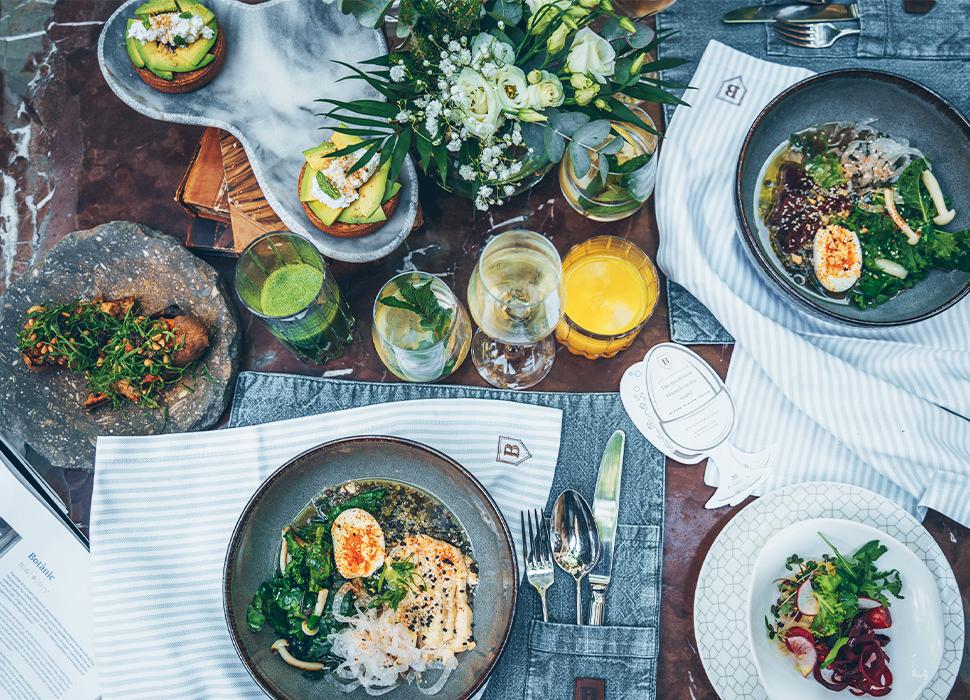 Eating doesn't get more Instagrammable than at Botanic

Set in Palma’s atmospheric old town La Lonja, the deluxe, five-star Can Bordoy Grand House and Garden is now known as much as a hotel as for chef Andrés Benítez’s restaurant Botanic, where the city’s style set sample organic-only fine-dining in an eccentric-chic dining room (think teal velvet banquettes beneath hanging vintage birdcages). But it’s way less fussy than it sounds. In fact, a five-course tasting menu here is €35 – at this level, an absolute bargain.

Palma, the capital, isn’t short of headline restaurants; even so, Fera stands out. The tucked-away newcomer, just off shopping street Avenida de Jaume III, is known for its chic, Sheela Levy-designed setting and Ferran Adria-like theatrics: one of chef Simon Petutschnig’s fusion 'MediterrAsian' dishes is Sea in a Shell, a seafood salad served in an oyster shell that emits salty 'sea air' when hot water is added. Tasting courses start at a pretty reasonable €39. 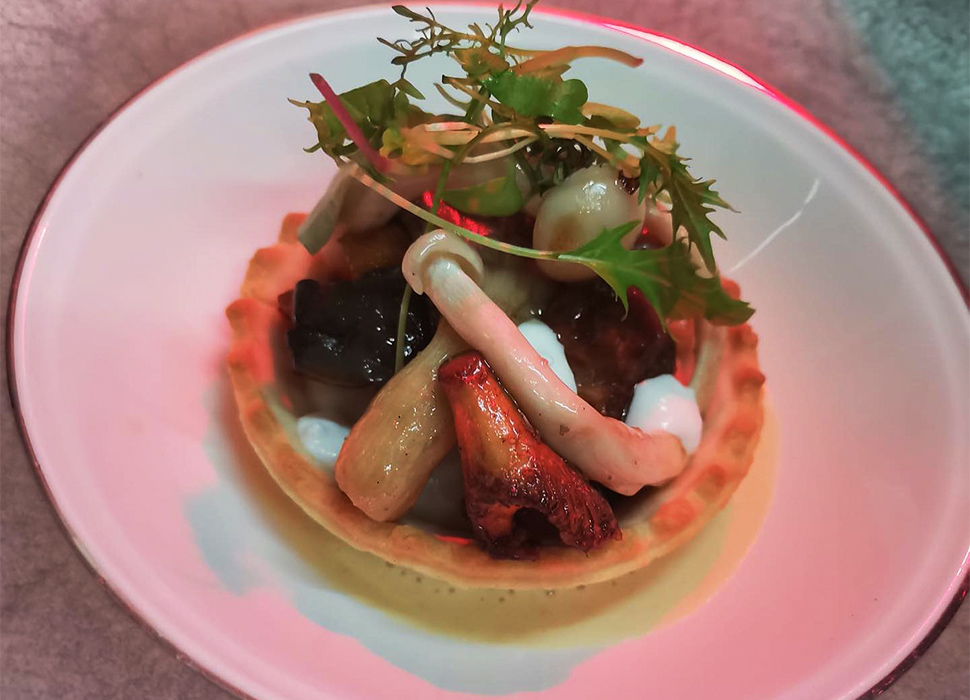 Cute as a button mushroom tart at Casa Alvaro

Barcelona-born Alvaro Monter gives the classic Spanish bodega a tasteful, minimal update at this small but very-well-liked tapas joint, regarded as Soller’s best restaurant by those in the know. It's just off the main square, Plaça Constitució, and the best tables are on the petite outdoor terrace; inside, a daily changing blackboard displays artful but substantial tapas that might include artichoke hearts on crispy feta cheese or traditional Majorquin-style rabbit-chickpea stew.

For something unsplashy and old-time Balearic, hippy-chic duo-founders Juanjo Campos and Ronny Portulidis’s surf-shack The Duke does eco-minded, sustainable comfort food that borrows from cuisines around the world (think Baja fish tacos and Thai-prawn curry). It's not groundbreaking cuisine, but veggies and vegans are well taken care of and the warm and the neighbourhoody buzz in the now-so-trendy Santa Catalina district of Palma is a big part of the draw; everyone wants to be here at weekends. Book ahead. 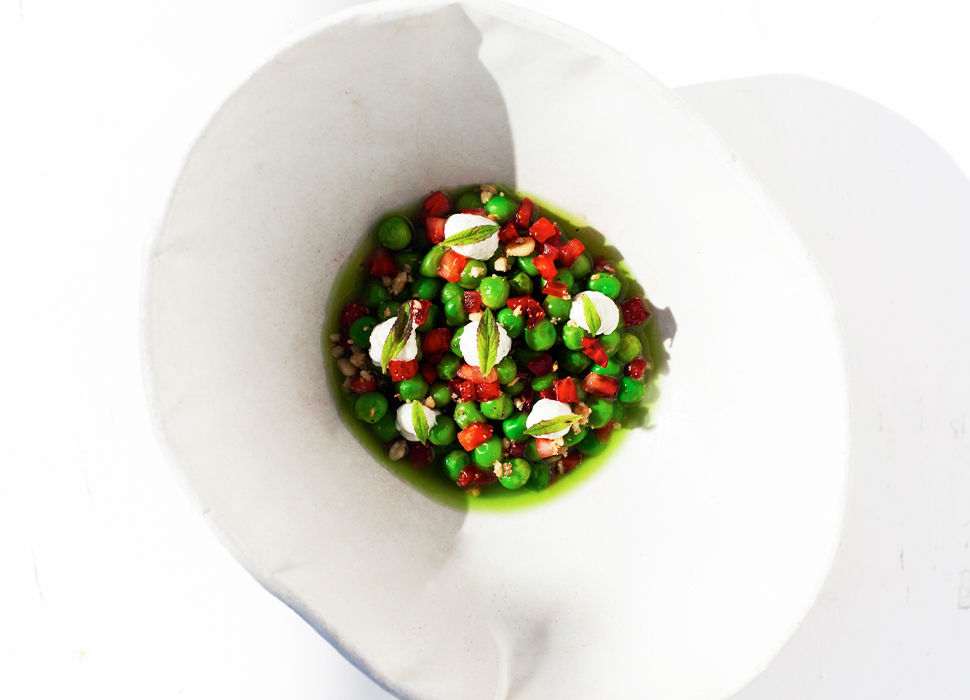 Run by two sisters, Maria and Teresa Solivellas, this is one of Majorca’s most beautiful countryside restaurants, with simple, thoughtful Majorcan cooking at its most honest and heartening. The setting is a rustic village in the foothills of the Tramuntana Mountains where guests are encouraged to hang around after an incredible-value six-course degustation menu centring on forgotten Majorcan dishes made with a self-styled '0km' philosophy (produced as close to the kitchen as possible). The black pork with grape sauce: divine.

Tenerife-born, rockabilly-quiffed chef Jonay Hernandez is a well-known face on the island known for his still-buzzing debut opening Flor de Sal in Camp del Mar. This bags-of-fun, charming follow-up in Palma’s Sa Gerreria neighbourhood opened in 2018 and is known for its witty, off-kilter, art-on-a-plate tapas such as Majorquin goat tacos or more outlandish serves such as 'asparagus chips' served hanging on a mini clothes line. Yes, really. 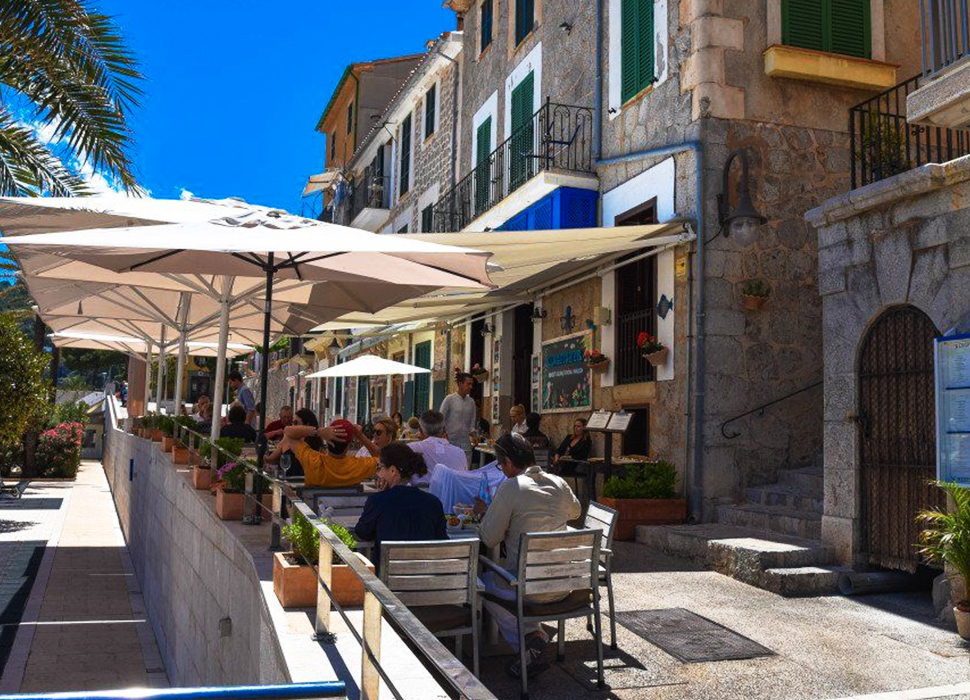 A short commute for the seafood to the plate at Kingfisher

You can’t come to Majorca and not visit a classic, down-to-earth Spanish seafood restaurant. For that, longtime island favourite Kingfisher, set on a plump spot on Port Soller, has you covered. Service is that unharried, only-in-Spain warmth while the kitchen serves brilliantly simple but dependably delicious seafood staples at fair prices. An easygoing, unpretentious escape from the at-times self-conscious dining scene of Palma. Booking recommended on weekends.

The best view on the island? For in-the-know locals, that’s easy: mountaintop finca D’Alt Des Coll doesn’t get much press but this reassuringly rustic old-timer, known for its classic, uncomplicated-in-a-good-way tapas, is the kind of place you’d hope to stumble upon but rarely do. Oh, and that view: it's set high up between the towns of Sόller and Bunyola, so you’ll need to drive (or cycle), but the seriously peaceful terrace and decently priced Majorquin wines are well worth the sweat. 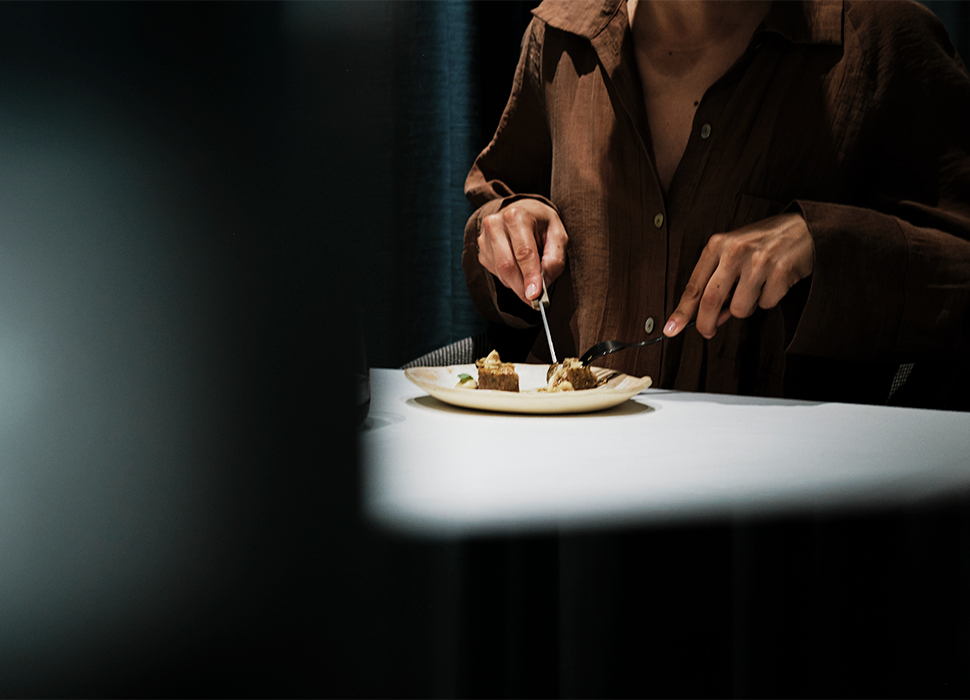 After 16 years in Lloseta running his now-shuttered namesake restaurant, chef Santi Taura has now decamped to the capital for two new ventures. In plush downtown design-hotel El Llorenç Parc de la Mar, Dins Santi Taura is the fancier of the two and maintains the chef’s signature degustation menu (from €70) which offers a multi-course deep-dive into his cleverly riffed-on Majorcan cooking; newer, casual Restaurant Cor next to Mercat de l'Olivar does easygoing but still-bang-on classic tapas.

Amidst the razzle-dazzle of Palma’s starry dining scene, simpler pleasures can still be found: charming, heart-on-sleeve master baker Tomeu Arbona’s delightful, fairytale bakery Fornet de la Soca has won legions of fans for reinventing lost Majorcan baking traditions. Expect decidedly un-French sweet and savoury snacks from a bygone era, like cod-and-vegetable pasties, thought to be first created by the hermits of inland village Valldemossa. Bread, made from Majorcan flour, is, no contest, the best on the island. An essential stop for serious gourmands.