No, not that kind of arcade – the old-school architectural kind. Palma's full of them and we've scouted out the best 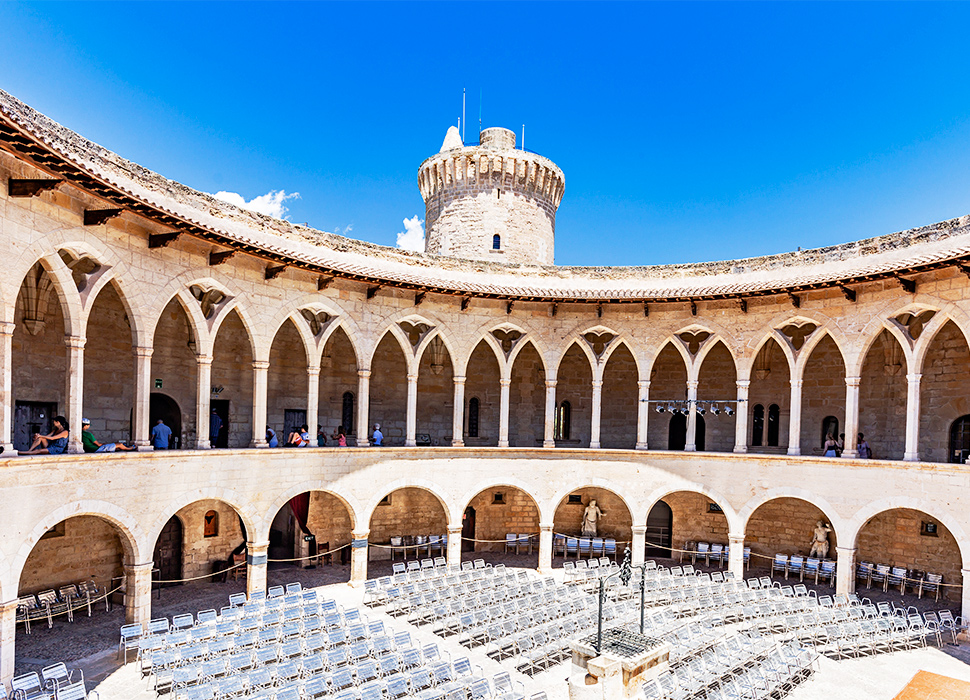 The eye-catching circular centrepiece of this hilltop former prison is a curved row of arches (that’s what arcade technically means, FYI) surrounding the courtyard, plus another circling the upper floor. Head here for a gander at its beauty, then visit the city museum that has occupied the lower floor since 1936. You'll learn all about Palma's evolution from the Bronze Age up until present day. 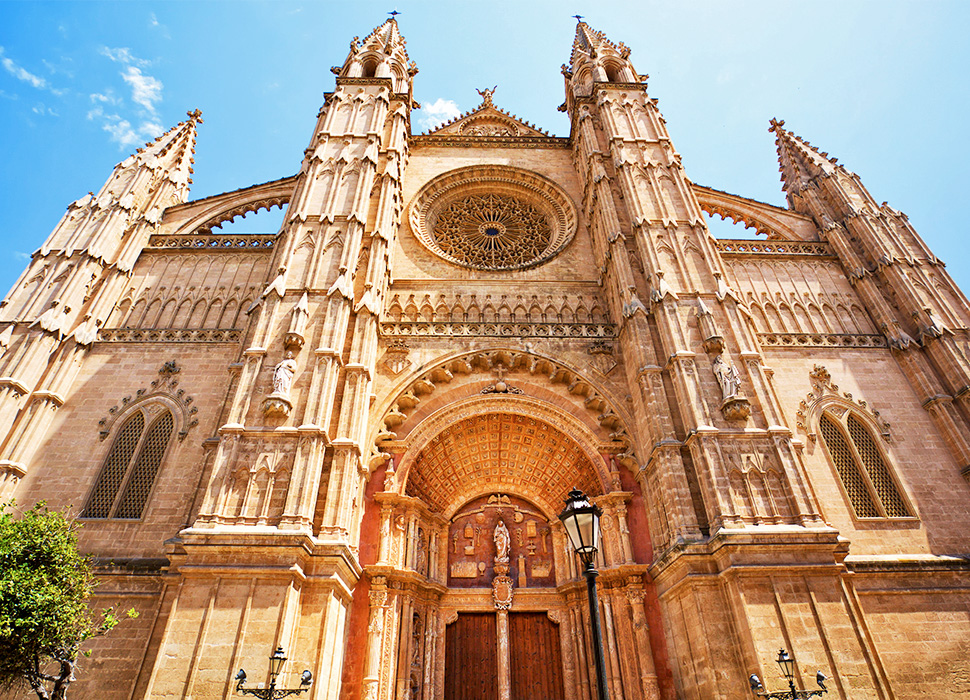 Contemplate the divine amid the soaring gothic arches and one of the largest rose windows in the world at this mighty clifftop basilica, which took a lengthy 400 years to construct. The slender pillars that support the cathedral's roof are said to be some of the slimmest load-bearing pillars in the world, so make sure to seek out the impressive poles.

Beefy octagonal pillars buttress the shady arcade of this former medieval residence-turned-lively-exhibition space and informative municipal archive. Many of Palma's historic houses are kept private but happily anyone can explore Can Bordils. During your visit, keep an eye out for the Sureda family coat of arms emblazoned on one of the arches – they were the folks who rebuilt the initial construction in the 16th century. 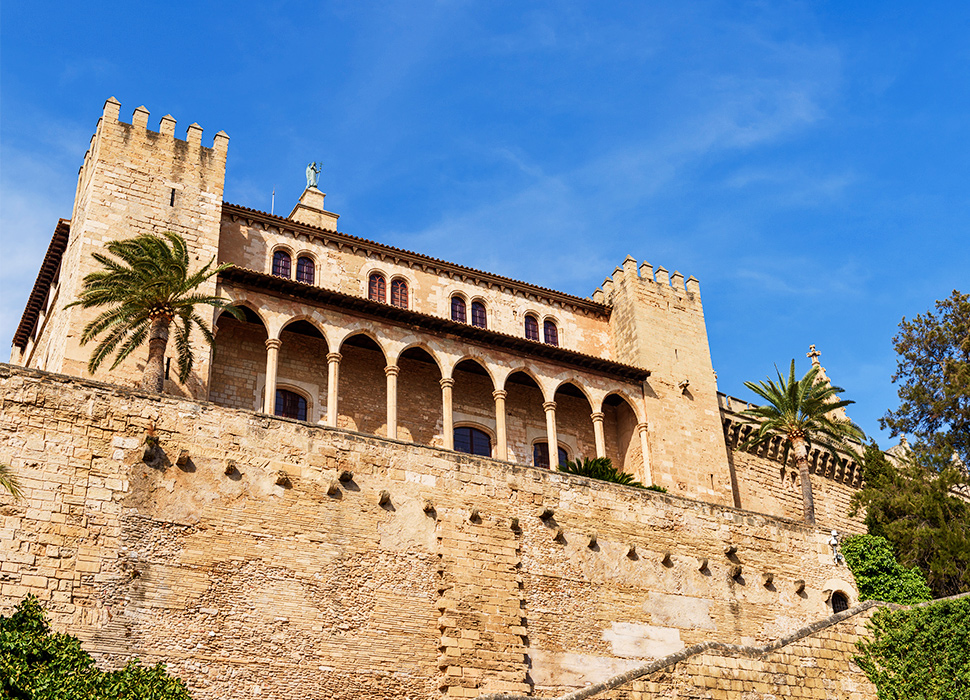 An arresting double-height arcade lends lightness and rhythm to the seaside façade of this Moorish fort built in the 14th century and located opposite La Seu Cathedral. You're spoiled for choice in terms of arcades, but the fact that this one is illuminated each night might just give it the edge when it comes to capturing your attention.

The justly famous devotional singing of the pious resident nuns echoes daily along the peaceful cloisters of this medieval gem. It’s also home to some of the finest and best-preserved examples of art from the 13th century. If you get peckish staring at its splendour, pay a visit to the 'torno' – a room at the side of the church with a turnstile in a window – where ringing a bell means a nun will bring you biscuits. Glorious. 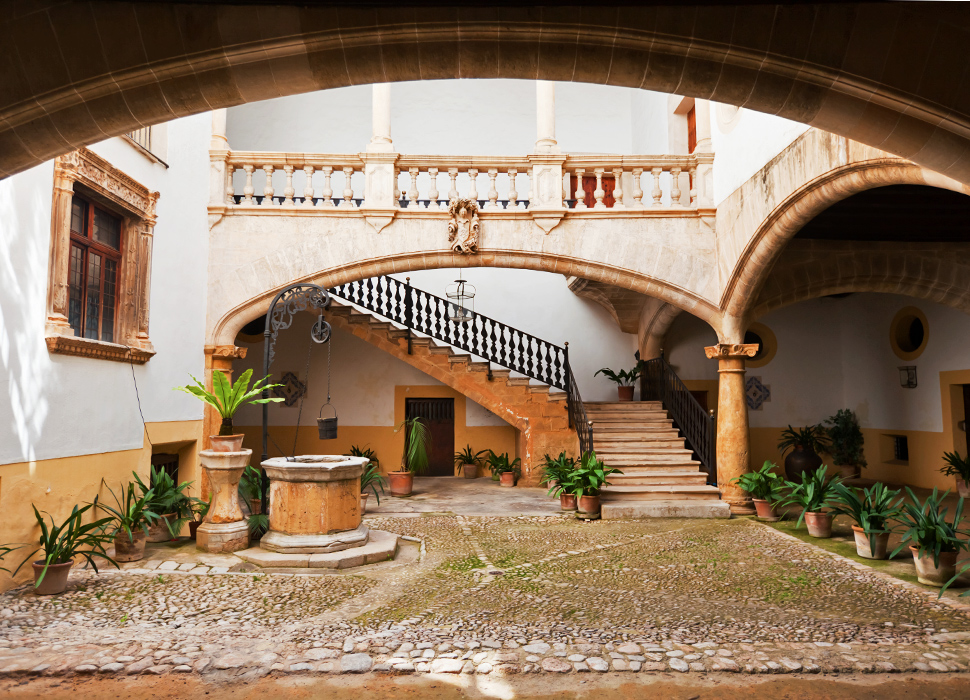 Can Oleza is a real trend-setter / Image: Getty Images

This historically significant 17th-century residential courtyard boasts broad, low, interlinked archways propped up on bulbous Ionic columns. These elements, along with its wide staircase, were somewhat unique at the time of construction and went on to inspire the style of patio that became popular in the Balearic Islands during the 18th century. We wonder if all the potted plants dotted about the place also inspired a wave of Instagrammers too.

The word ‘photogenic’ doesn’t do justice to the handsome balustraded heart of this villa, which was remodelled for a former Marquis of Vivot. As the house is a private residence, visits aren't generally allowed but you can gawp at the stunning arcade and the rest of the patio through the iron entrance gates. If you really must have an up-close look, guided patio tours run for four weeks every year around the time of Corpus Christi. 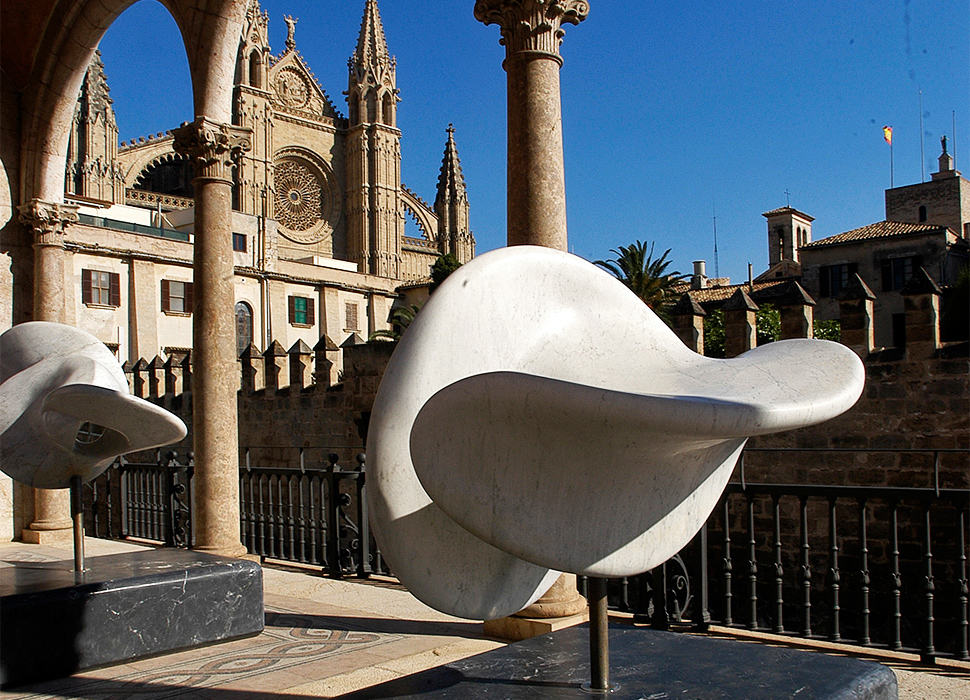 Graceful Corinthian columns prop up a handsome curvy arcade at the smart, central home of the Bartolomé March Foundation’s ravishing art collection. Set your eyes on incredible contemporary sculptures from artists such as Moore, Chillida and Rodin, which punctuate the courtyard and gardens. On a par with the beauty of the art has to be the view across the harbour from the rooftop terrace.

There’s an unmistakably Moorish feel to a few of the arches at this centrally located landmarks, which has one of the oldest (and prettiest) patios in Palma. We love its cobbled floors, iron banister and the small water well at its heart. 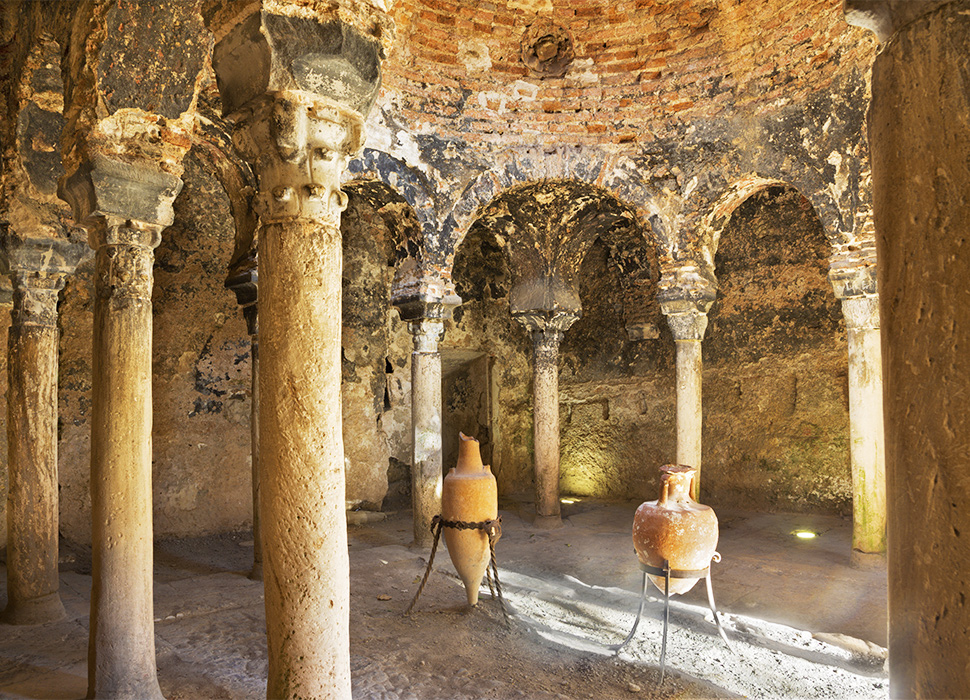 Talk about upcycling – the arcade at this bath house was part-salvaged a thousand years ago from some even more ancient Roman and Byzantine arches. It's also thought that the baths contain some of a few remaining remnants of the Moorish occupation of Majorca, back when Palma was the Arab city of Medina Mayurqa. How’s that for retro?

Where to sip the finest wines in Majorca