Cafe del Mar draws sun worshippers from all over the world / Image: Alamy

Ibiza’s iconic DJ bar and dusk hangout recently celebrated four decades in business. Three of the people who helped make it legendary explain why the sun’s never gone down on their dream

Cafe del Mar draws sun worshippers from all over the world / Image: Alamy

In the summer of 1980, the sun was doing what it has done for the past five million years or so: setting with a satisfying dip into the Mediterranean. On the western shore of Ibiza, just outside San Antonio, which was then little more than a village, a small crowd at the newly opened Café del Mar was watching the sunset while ambient music played by the rocky shore.

Forty wild Ibizan seasons later (and one, 2020, a bit less so), the same scene is still unfolding. Café del Mar is still playing chillout tunes against a golden backdrop. It still feels like an oasis of tranquillity in a desert of madness. When the sun finally vanishes, a polite applause ripples up the beach. Today the appreciation for the sun’s good work isn’t quite what it used to be – perhaps because phones and selfies make clapping one-handed too difficult – but for many, sundowners at Café del Mar remain a fundamental part of a trip to Ibiza. 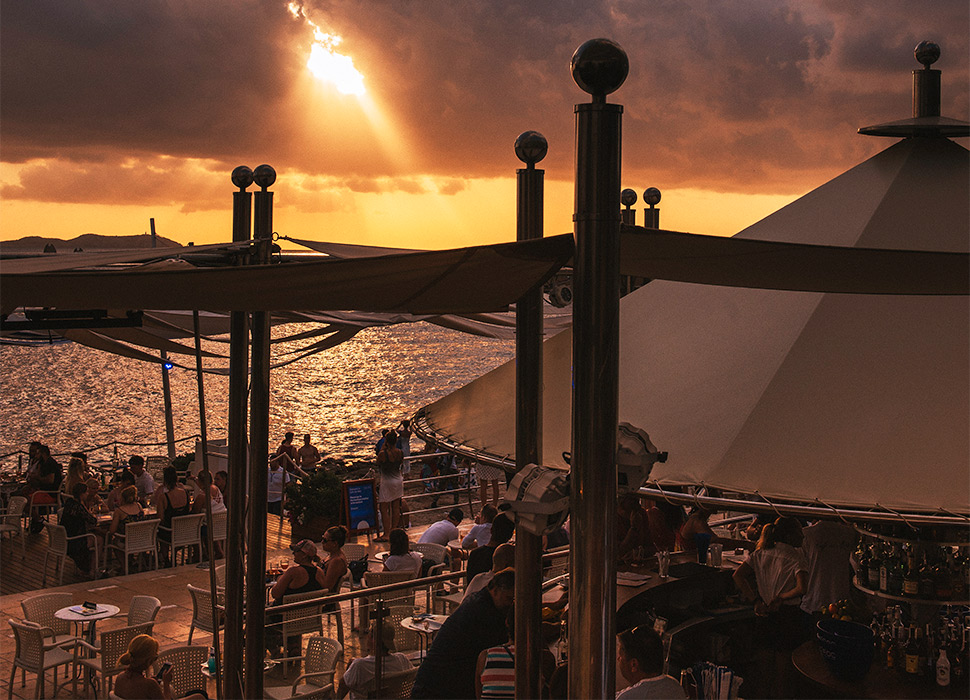 The sunsets on the west side of Ibiza are notably beautiful

The music has grown and expanded now – Café del Mar’s relaxed beats are a subgenre all of their own. To some, the Ibiza of the mid-90s is now unrecognisable, but the Café has remained a place to come and relax before the latest parties resume after sunset. Even today, for many, it’s the very first or very last place to have a drink on the island.

Here, we speak with three of the insiders – the regular, the DJ and the waiter – who’ve kept the venue going over the decades with their patronage and passion for music. No matter what else changes, the sun will always set at Café del Mar. 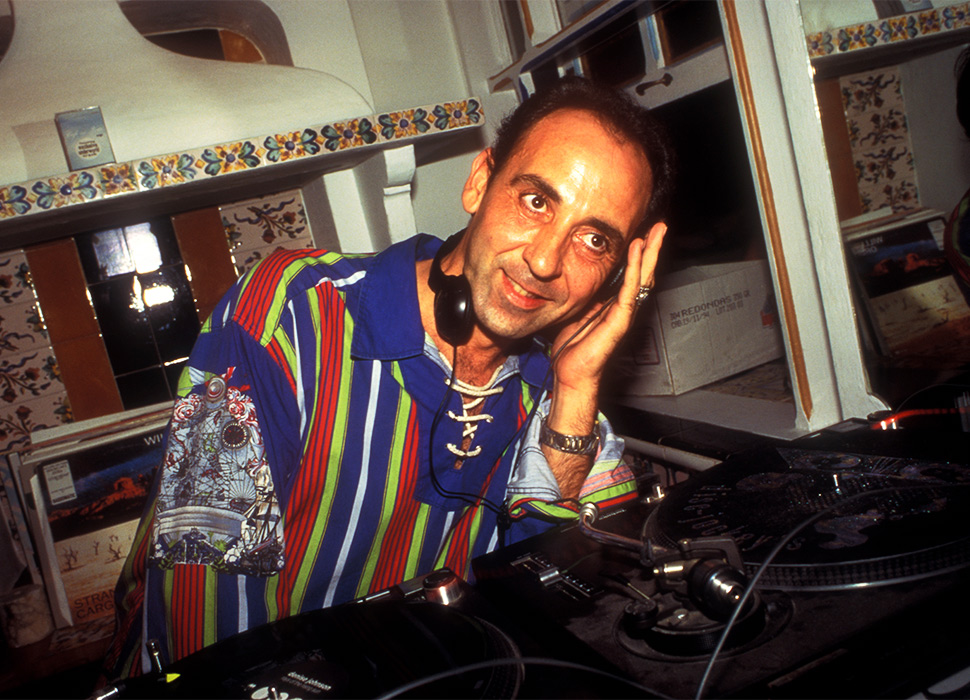 'The art of playing Café del Mar is timing your set so the last line, the very last note of your best track, fades out just as the sun vanishes over the horizon. People would ask me how I did it, day after day. “You must use a watch!” they said. No. I did it by feel. That, and a lot of practice.

'I first took up my residency at Café del Mar in 1991, but I’d known the founders since day one. In the early days I was DJing at other clubs around the island, but I gave the Café del Mar guys cassettes to play – so even when I wasn’t actually present, I was still there in spirit. Even with my residency I needed cash, so I made extra selling compilation tapes on the side. I could sell 100 a day just from behind the bar, to people who wanted a souvenir of their time at Café del Mar, and to those who just loved great music. Even today I get messages from people who still own, and listen to those tapes.

'I think "Balearic" as a musical genre is so hard to pin down because we only ever had a few records – 200 or so – that we had to eke out all night, every night of the week. You couldn’t just rely on bangers, or one niche genre like you maybe can today. Every set was a journey. The Café del Mar crowd was always open minded – they would listen, even if they didn’t know, or understand what the track was about.

'Anybody who was anybody in the music scene would congregate at the venue. Guys from the States, people from all over. And we had lots of characters. There was Prince, from Camden, who would cut people’s hair on the terrace for a few quid, and Martin the poet, who would sit and write, always dressed up in his impeccable English gentleman suit. It wasn’t as hippy as some people seem to think, but there was always a warm and friendly vibe.

'Being labelled ‘the king of chillout’ is nice, I suppose. I’m happy to have helped create a genre – though credit where credit is due, Mixmaster Morris was also a big part of it. To be honest, though, this reputation of being the godfather or whatever hasn’t helped me too much from a business point of view. Chillout doesn’t get nearly as many bookings, or pay half as well as house music does. Still, when it was good at Café del Mar it was great. The best years of my life.' 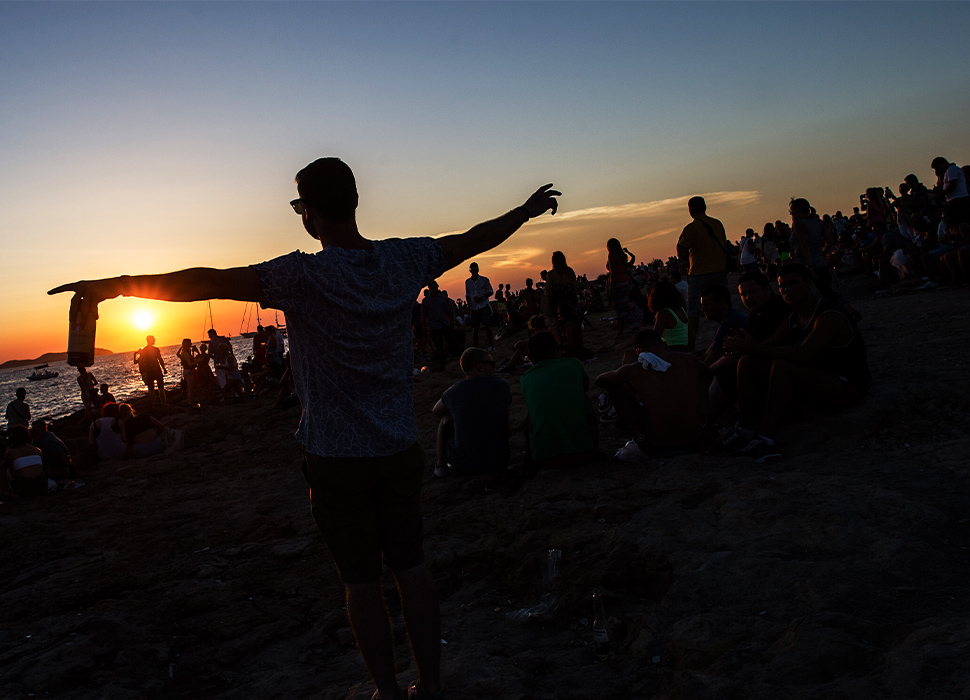 People returned to Ibiza summer after summer in the 70s, 80s and 90s / Image: Getty Images

'My sister and I would scrimp and save all winter back home in England during the 80s so we could afford four months’ rent on a summer pad in Ibiza. We’d go clubbing at Amnesia, stay out all night, and usually head straight to Café del Mar as soon as the place opened in the morning.

'There was a lovely upstairs bit with cushions where you could lounge about and marvel at the ceiling – the decor really was amazing, especially for that era. Nowadays most places pay attention to appearances, but back then Café del Mar was totally unique. A jewel. But it wasn’t a party-hard sort of place. We played a lot of backgammon, sitting around, chatting and laughing, plotting our next adventure. We all loved this one drink called a 'lumumba' – cold chocolate milk and brandy, their speciality. And we ate club sandwiches, of course.

'Come sunset all the most gorgeous people from around the island would come to Café del Mar and congregate. It would always be the same song playing – a tune by Art of Noise called ‘Moments in Love’. To this day whenever I hear that track I get butterflies. The Balearic sound is so eclectic it can include anything from pop to classical music. Film soundtracks, even – Luc Besson’s The Big Blue, I remember especially. It was always exactly what you needed to hear after a bit of a heavy one.

'One thing my friends and I recall vividly is the mirrors in the ladies toilets. When you were washing your hands you could see yourself from every possible angle. Which is useful, I suppose, but not something you necessarily appreciate if you haven’t been to bed yet.' 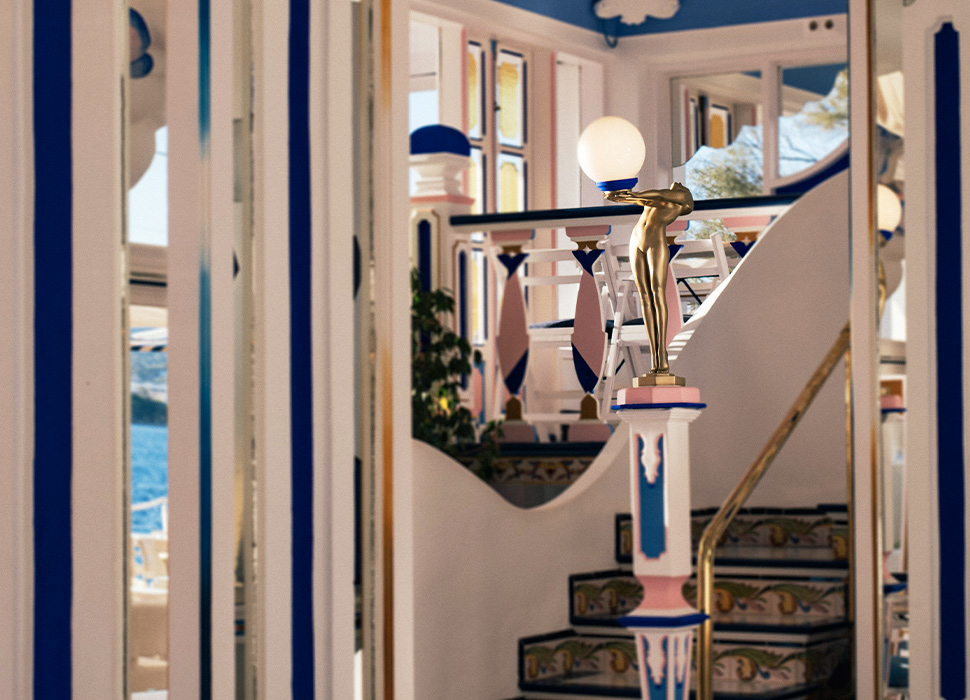 'Of course, I knew about the Café before coming here – who doesn’t? But I never thought I would end up working here. I was working next door at Mambo first, but managed to get a chance here the next year. I started at the bottom, but I’ve worked my way up. Right now, I’m a waiter and I don’t want any more responsibility. I like my quality of life.

'I wasn’t here in the 70s, but I heard about the 80s and I lived the 90s. Everything has changed – it’s been radical. I came here for the A-side, the party side that everyone knows about, but the B-side is the secret places, the more hippy side. The original Café hasn’t changed too much, because the owners want to keep the inside looking exactly as it did at the beginning. Outside, everything has changed, though. There’s a new bar and promenade. The music is the same – the owners also insist on that. It has to be that Café del Mar sound at least until sunset. It’s one of the reasons I love working here.

'We had Paul Van Dyk play sunset one day and we didn’t tell anyone, but it got on social media and soon it was packed. That was a very special night. Amazing. The crowd and the atmosphere have kind of stayed the same, because one of the first things people want to do when they land is come here and see the sunset.

'The laws have changed a lot in Ibiza in recent years, but they don’t affect the Café. Some of the people who come here are party people, of course, but most of them are people who like an easier life. You really don’t need to go out and party 24 hours to enjoy the island and Café del Mar has always been for those people.' 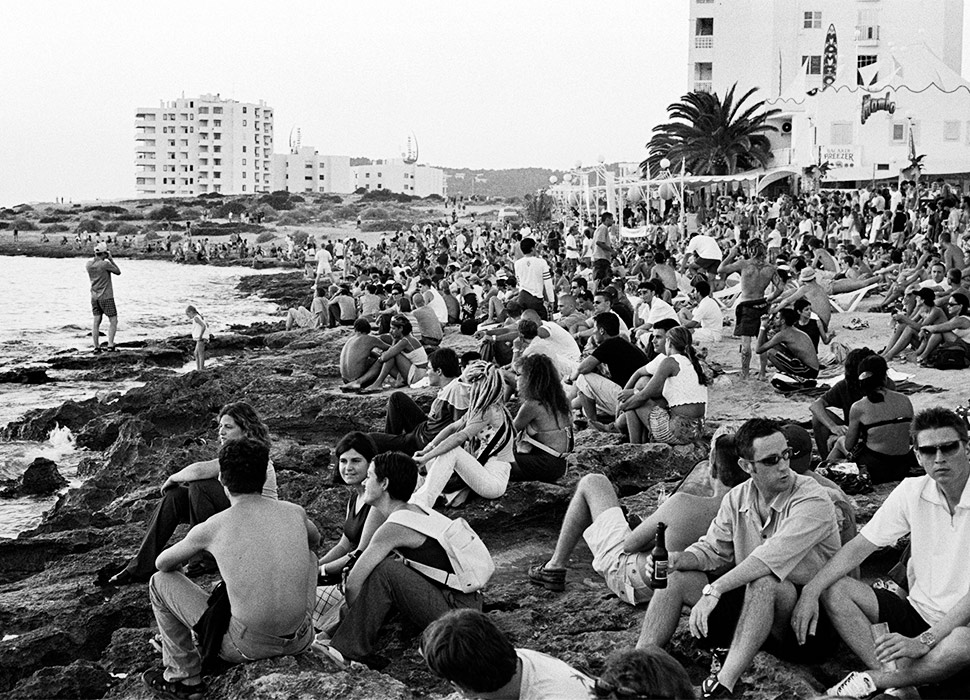 Ibiza has long been on the so-called hippie trail / Image: Getty Images

1989
DJ José Padilla starts peddling mix tapes in Ibiza. Within a couple of years, his success leads to him being invited to be a resident at Café del Mar where, over time, he essentially defines the Café’s sound.

1993
German trance outfit Energy 52 release a track called Café del Mar. It becomes one of the most popular trance tracks ever, entering the UK charts three times, and is used in rave-culture film Human Traffic.

1995
The BBC broadcasts its first ever Essential Mix in Ibiza, mixed by DJ Nicky Holloway, recorded in superclub Privilege. Then, a few months later, it’s recorded at Café del Mar with José Padilla back on the decks.

1999
So popular has the Café del Mar subgenre become that the brand launches its own music label. Compilations have been around since 1994, but this allows them to make multiple releases each year.

2012
With franchises popping up around the world, the original Café del Mar makes its biggest expansion to date: a huge outdoor terrace, in order to provide an after-dark experience more akin to a nightclub.

2019
It enjoys its 40th long, hot summer. Today, Café Del Mar has grown beyond recognition, but is still considered Ibiza’s most iconic venue for watching the sunset to a soundtrack of Balearic beats.

The best restaurants in Ibiza