A foodie guide to the Balearic Islands

The Balearic archipelago is home to some of Spain's most delicious food. Each island has its own rich culinary history – from seafood and wine to more rustic delicacies. No matter which paradisiacal rock you visit, you’ll be eating well

Think these are good? Well, they are – but Aegean might have it even better. These are the most delicious islands in Greece. 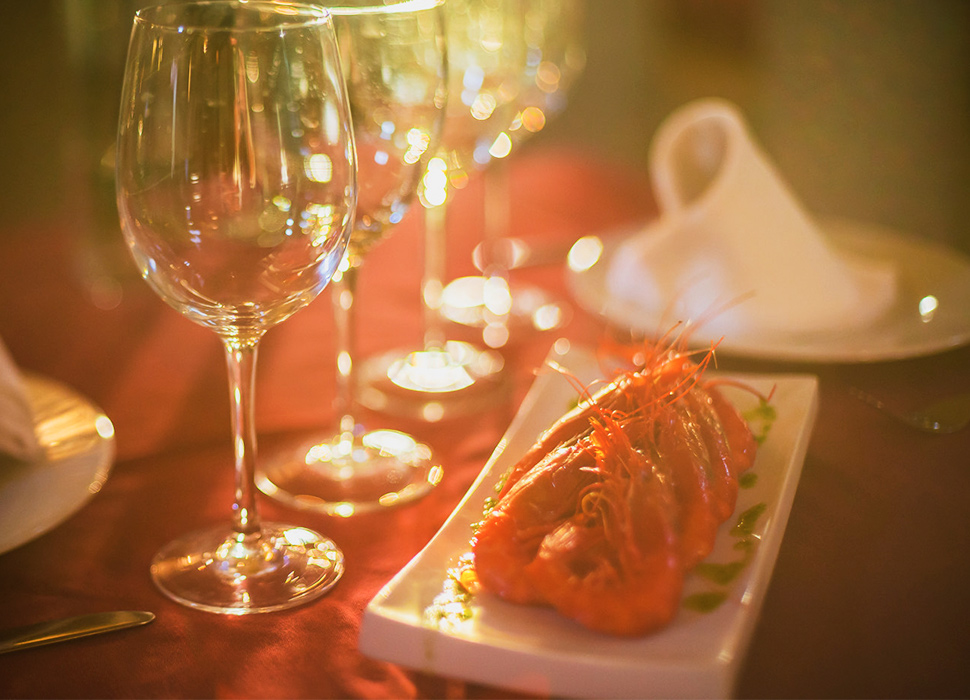 Although it’s an island largely famed for nightlife and natural beauty, Ibiza has also a farm-to-table food scene to die for. Over the last ten years, a dedicated community devoted to sustainable farming has flourished on the island. By focusing on an abundance of locally sourced ingredients, it has transformed the very notion of modern Ibizan cooking – everything from almonds and watermelons to olives and the Balearics' signature red potatoes are organically farmed here. Wend your way to one of the many local food markets, where you can see and taste them all, before heading to an equally excellent restaurant to experience them in their most rarefied forms.

Legendary are the giant shrimp of Ibiza. Their vivid hue and intense flavour are dependent on the deep sea beds on which they dwell, just off the coast of the island. Here, away from predators, they subsist on algae, becoming flavour-loaded with salt and iodine. Reaching up to 22cm, they’re unlike any prawn you’ve ever seen, and can be found deep-fried, in paella, grilled on charcoal or even served raw, where the taste and electric colour are at their most striking. Top off your meal with a glass of Hierbas Ibicencas – a herbaceous liqueur made up of over 20 wild plants that grow on the island, and the true taste of Ibiza

Sa Capella is a traditional Ibizan restaurant set inside an 18th-century church just outside Sant Antoni de Portmany. Between the hot-pink bougainvillea, deep orange sunsets and candlelight you'll find some of the island's best cooking. Those gargantuan red prawns are simply grilled on salt, hunks of lamb are roasted on charcoal, and Iberian cured bellota ham abounds. 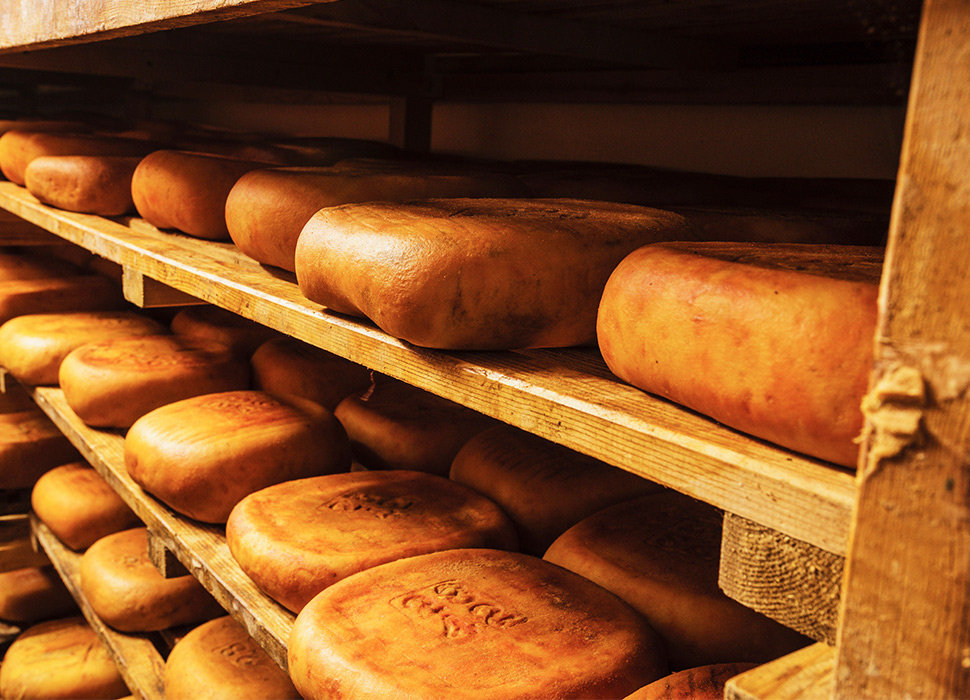 As with nearly all the Med's islands, cuisine in the Balearics tends to be split between what’s eaten in the mountains and what’s eaten by the sea. This is particularly true in Menorca, which has a proud tradition of castle farming and where hunting woodland birds like partridge and pigeon is a popular pastime. These, combined with a spectacular coastline for fishing rock lobsters, clams and shrimp, makes the culinary landscape especially diverse. The cooking here is also heavily inflected with Moorish influence – especially spices – as well as with ingredients originally brought over from the Americas such as potatoes and tomatoes. Speciality delicacies from Menorca itself include lobster stew and Calent, a liqueur made from wine, cinnamon, aniseed and saffron.

A decent hunk of cheese can capture all the flavours of a region. In the case of Menorca, that cheese is queso de Mahón. Menorca’s native dairy industry was one of the factors in its being declared a Biosphere Reserve by Unesco in 1993. Thus, Mahón is a very special cheese – a pressed paste made from cow’s milk that can be either hard or soft. Traditionally aged inside the island’s cave systems, it takes on both the taste of the herbs that the cows graze on and the salty sea air. You’ll spot it straight away with its bright orange rind, rubbed with oil and paprika.

The fragrance of summer will hit you before you even arrive at Ca Na Marga in the village of Ses Salines – wood-fired and chargrilled meats are the 'thing' here. It's committed to serving locally sourced ingredients, transforming them into dishes like beef carpaccio with shaved queso de Mahón. Overlooking stunning Fornells Bay, this is the place to hit if you’re after a change of scenery from seafood while you’re on the island. 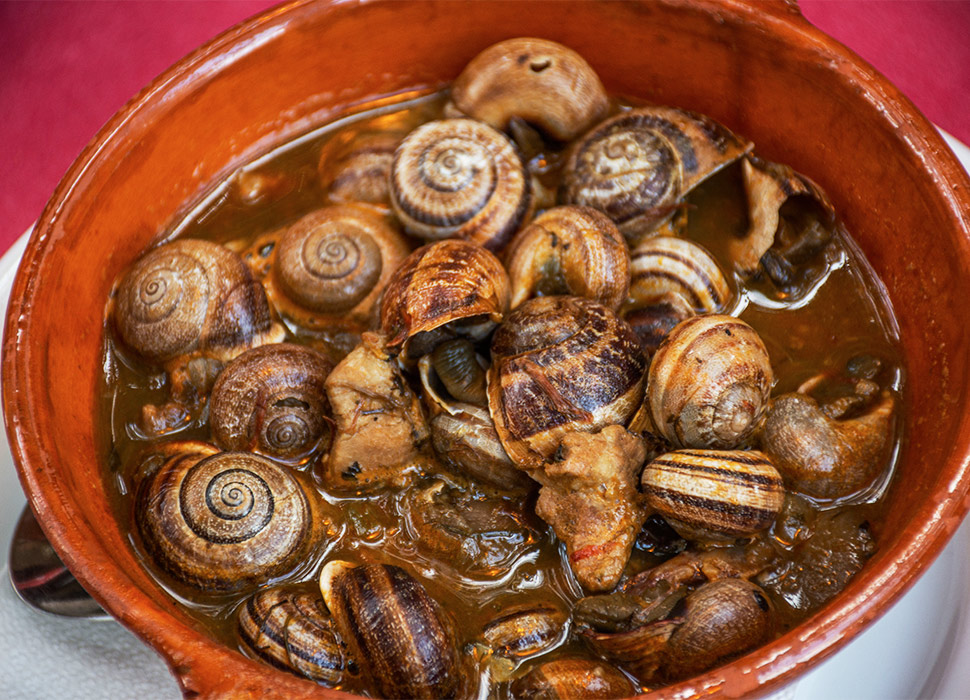 Even the escargot averse should find something to enjoy in Majorca

Tapas is the most famed style of Spanish cooking – and it really comes alive in Majorca, where the island’s brilliant ingredients are the star of the show. Majorca’s temperate climate, nutrient-dense soil and ancient agriculture mean that this area knocks out some of the best produce in the region. As the largest of the Balearics, its sprawling landmass means that hyper-regional dishes have developed between the inland mountainous and the coast. As with each of these islands, the cuisine has been shaped by centuries of Roman, Moorish and Aragonese rule. The island also had a large Jewish community up until the 1500s, which left its mark with many of the island’s signature dishes – like ensaïmada, a light and flaky bread often filled with almond nougat and dusted with icing sugar.

Tried snails? Desperately averse? Majorca is the place to give them another whirl. Largely found in the Serra de Tramuntana mountains, they have been a delicacy here for centuries. When sautéed into a rich broth with island-best ingredients like spicy sobrasada sausage, wild fennel, mint and oregano, and plenty of white wine, they're a true taste of Majorca. As one of the best wine regions in Spain, a glass of something featuring the local grape variety, prensal blanc, is a must.

Santa Catalina Market, in the capital, Palma de Majorca, is the place to head if you want to snaffle the whole cornucopia of Ibiza's foodie offering. It's home to countless tapas bars, fruit sellers, fishmongers and more. Head to Bar Joan Frau to chow down on the classic frito mallorquín (a hash of  cuttlefish or lamb offal), mallorquín soups or paella, while sampling glasses of local wine to match. 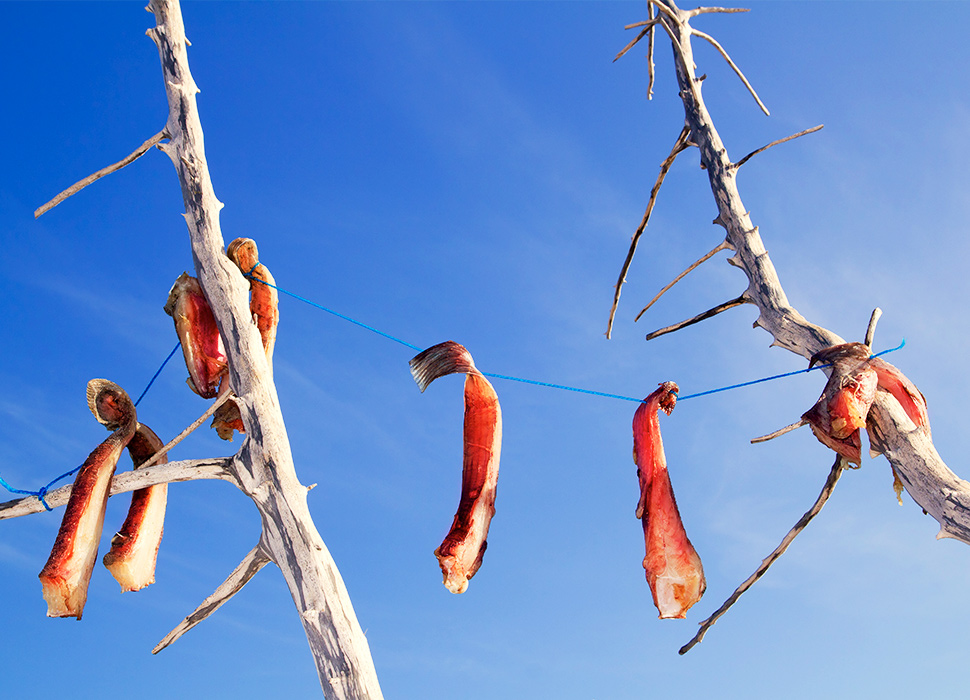 At just over 12 miles in length, Formentera is the smallest of the Balearics – but it might also be the most breathtaking. It has one of the most interesting gastronomical scenes in the region, to boot. Seafood is the standout in all of the island’s signature dishes – from frit de polpo (fried octopus) to fish stew and simply grilled rock lobsters, all caught off the port in La Savina. The fig and almond trees that adorn the island aren’t just beautiful, though – they also provide the fruit that features across most menus in Formentera’s cafés and restaurants. Compared to neighbouring Ibiza, authentic cooking is easier to find here and with over 80 hectares of vineyards, trying the local boozy varietals is essential to truly experience all the island has to offer.

One of the island’s most ancient culinary traditions is peix sec, or dried fish. The sight of small stingrays dessicating in the sunshine and sea breeze, after being salted and hung from the branches of juniper trees, is a scene quintessential to Formentera. It’s a huge part of the island’s culture; hundreds of years ago, the fish were often traded as currency. It’s the base of the famed ensalada payesa, a salad made with potatoes, tomatoes and the baked and crumbled dried fish. A must-try.

On the sun-baked sands of Playa Illettes – one of Formentera's most beautiful beaches – you’ll find Juan y Andrea Restaurant. Amble up the boardwalk from the shore for some of the best local cooking on the island. Open since 1971, it serves prawns caught just off the coast, simply chargrilled with lemon, and huge platters of paella topped with the day’s shellfish catch. Lunch doesn't come much more idyllic.