The best things to do in Alicante

This dreamy Costa Blanca city is one of Spain's most underrated. From mega modern art to pirate hideouts, serene sands and beatific bocadillos, we've found the best of Alicante

After all that culture, this cool coastal city is also home to some brilliant eateries. These are the best restaurants in Alicante.

That's not all – there are some wicked-good sands to recline on as well: behold the best beaches in Alicante. 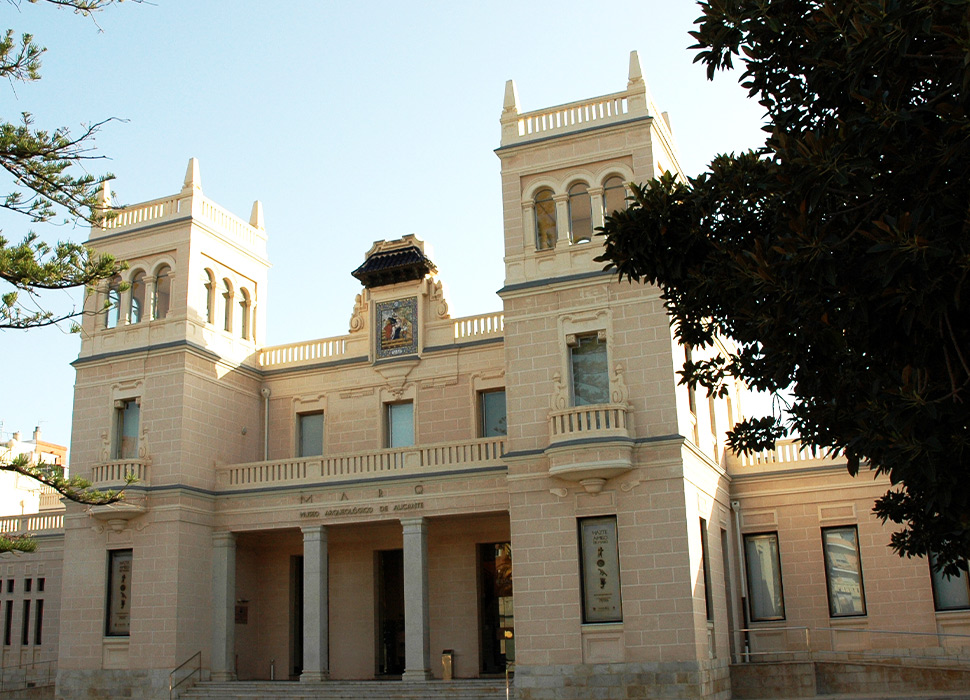 The Provincial Archaeology Museum of Alicante – MARQ is the Spanish acronym – sets itself the lofty challenge of being ‘the first archaeology museum of the 21st century'. With brainy, innovative exhibits on the region’s past, MARQ incorporates finds from local prehistory, the Iberian people, and the Roman, Moorish and Medieval eras right up to the Napoleonic, focusing not just on the artefacts but also the brilliant methods professionals use to recover and interpret their finds. It’s ambitious as heck – and totally hits the MARQ.

2. Stroll on at Explanada de España 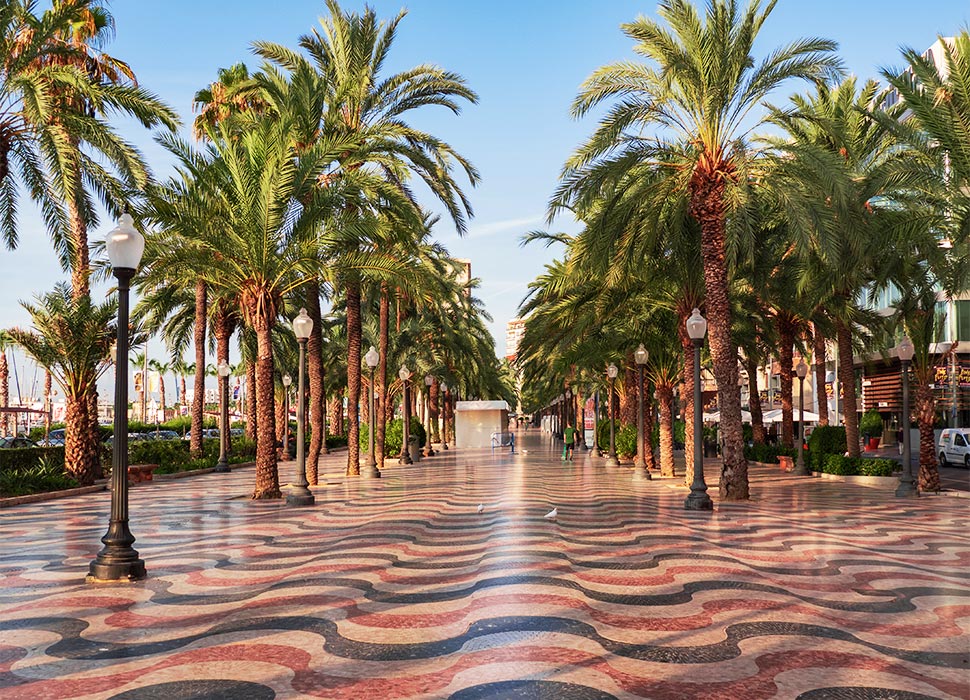 Spanish folk love the evening ritual of the ‘paseo’, which literally translates as ‘walking’ but more accurately refers to ‘shameless people watching’. Alicante is especially blessed in the paseo department with the harbour-hugging ‘Explanada de España’. Not only beautiful in and of itself – there’s six-and-a-half million multicolour tiles making up that wavy retro mosaic you’re stomping on, fringed by dozens of swaying palm trees offering shade – it's also the scene for market stalls, impromptu street concert and, of course, lots of places to pause for refreshment.

3. Make the most of the modern life at MACA 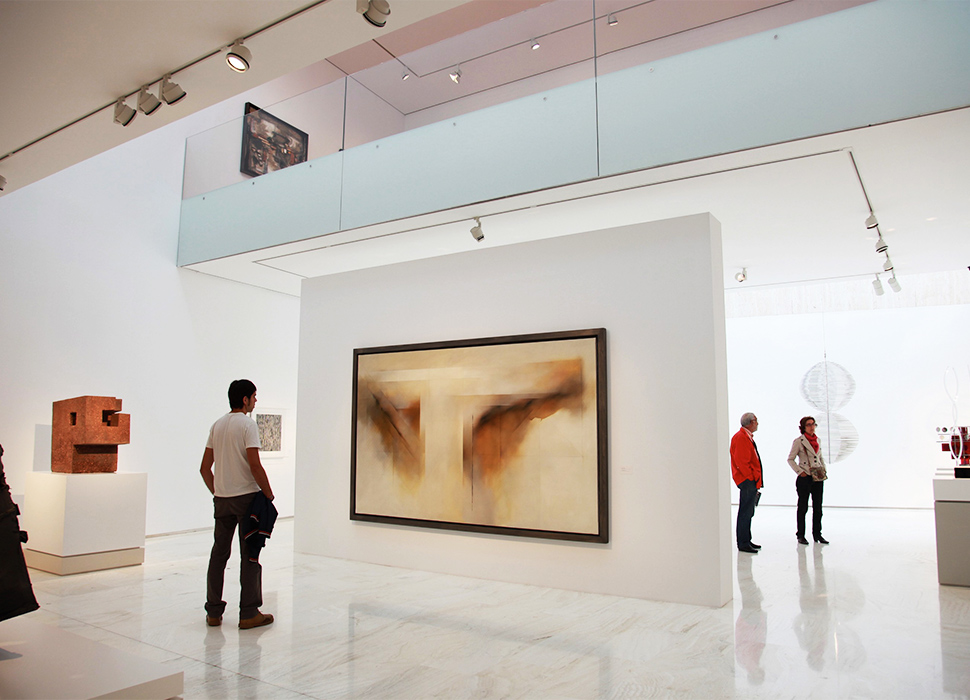 Yes it is art, ok? / Image: Alicante City Tourist Board

This splendidly compact three-storey museum is set in one of Alicante’s oldest government buildings, and a former cereals warehouse. The Alicante Museum of Contemporary Art, or MACA (as it's known), offers free entry, and is home to lesser-known works by such totemic 20th century artists as Salvador Dalí, Pablo Picasso and Joan Miró. The institution’s prides and joys are the Juana Francés Collection, donated by the local artist on her death in 1990; and the Eusebio Sempere Collection, acquired by Alicante Town Council in 1997. Colour us impressed.

4. Drink in the vibes at Santa Cruz 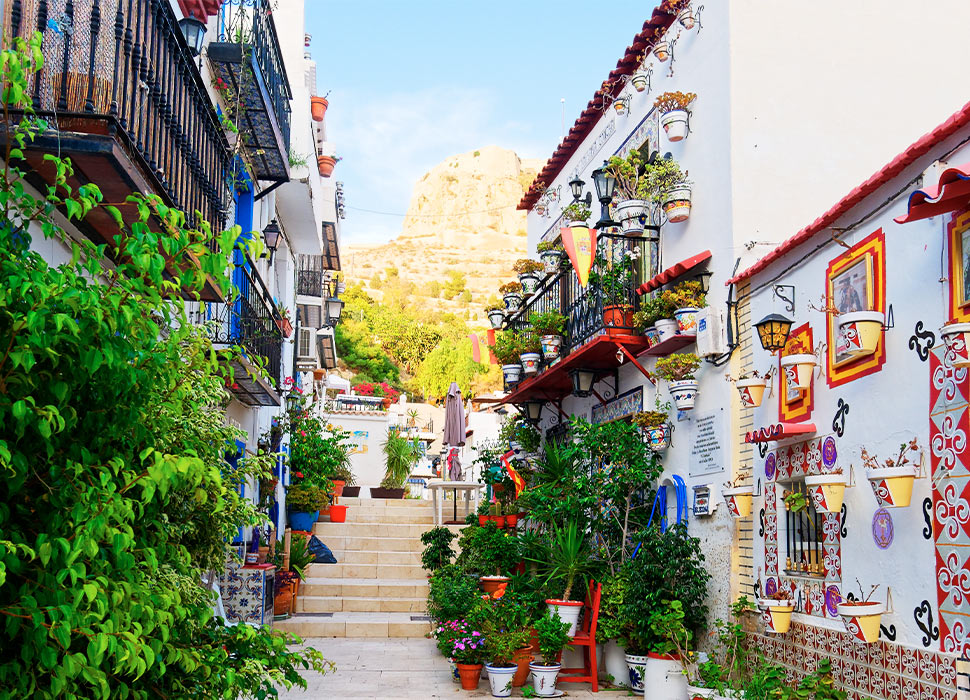 Perched prettily on the slopes of Mount Benacantil, between Alicante proper and Santa Barbara castle, the barrio of Santa Cruz has a distinctly nautical air, as befits its heritage as a fishing village. The houses are cute, colourful and compact, decorated with painstakingly maintained pot plants and popping tilework. No wonder so many artists and boho types have recently moved in, thanks to the view and the agreeably chillaxed bar scene. Pro tip – wear comfy shoes, as this is one neighbourhood that’s quite literally on the up. 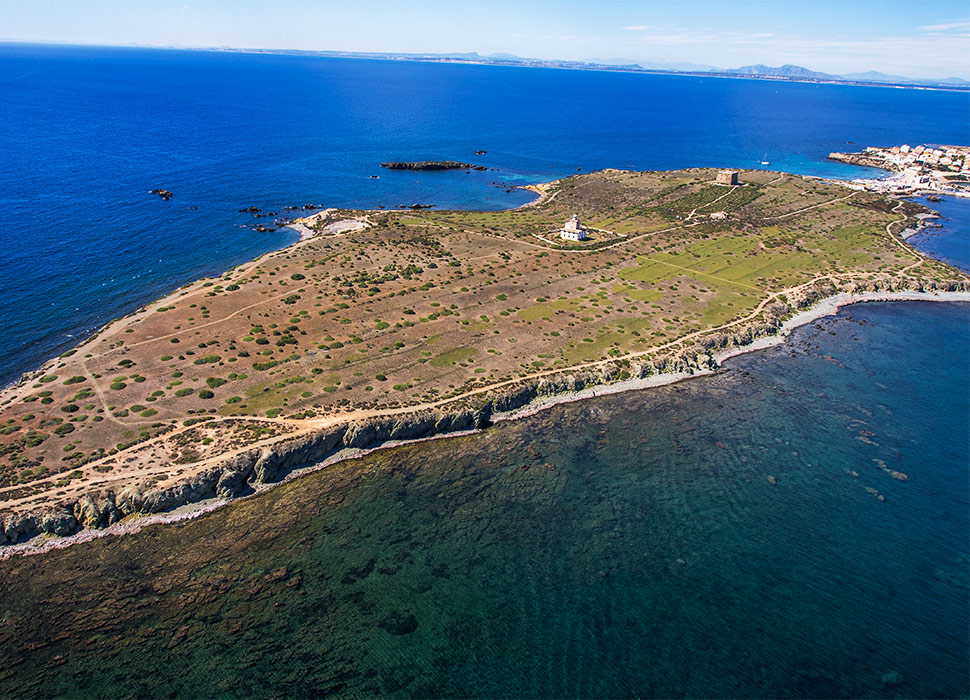 This rustic little island is a haven for wildlife (and not brigands, anymore) / Image: Alicante City Tourist Board

Back in the day, fiendish Barbary pirates liked to sneakily park their boats around Tabarca (aka ‘flat island’) in order to plan raids on the mainland. In the 18th century, King Carlos III put a stop to all that nonsense by building a fort. Today, the only inhabited island around these parts – with some 59 residents, at the last count – is a designated Marine Reserve, meaning it’s great for snorkelers and a little slice of island paradise just 45 minutes by boat from the city.

6. Ogle the merch at Mercado Central 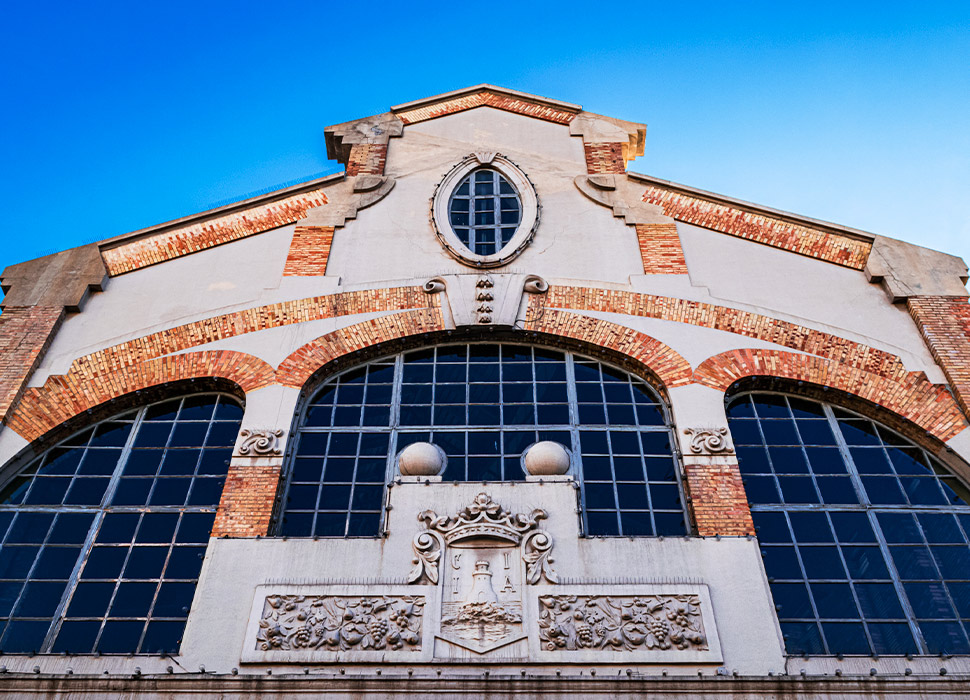 This majestic market hall is as delicious as its wares / Image: Adobe Stock

Chefs love to say the first bite is with the eye. And as soon as you pitch up to handsome Mercado Central you know you’re in for a feast. This century-old J Vidal Ramos building with grand Art Deco fascia – and a full-on rotunda around the back – resembles a giant pipe organ. Inside there are two floors of local produce, fish and veg on the lower deck, meat and cheese up above. There are pastries and flowers too if you rock up early enough, and beers and tapas to snaffle if you’re in no mood for stalling. 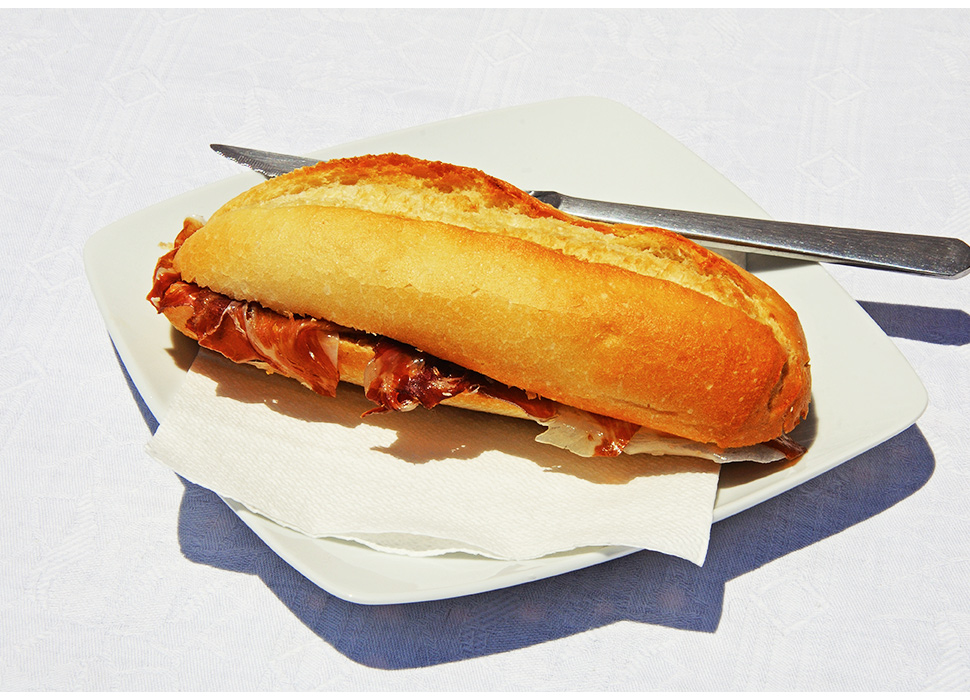 This is the sandwich of your dreams, honest / Image: Adobe Stock

This classic Spanish take on the humble sarnie – comprising toothsome meats served in a hunky baguette-like bread – is just the ticket when you’re feeling peckish but aren’t ready for a formal sit-down supper. Alicante is full of great examples. For a no-nonsense take with mild chorizo and strong coffee, in a nice setting overlooking the bay, try El Mirador (at 37 Calle Virgen del Socorro). Or for a cosier hole-in-the-wall vibe, and really good cooking besides, Cervecería Sento Rambla (at 1 Carrer Girona) is a firm favourite with in-the-know locals. 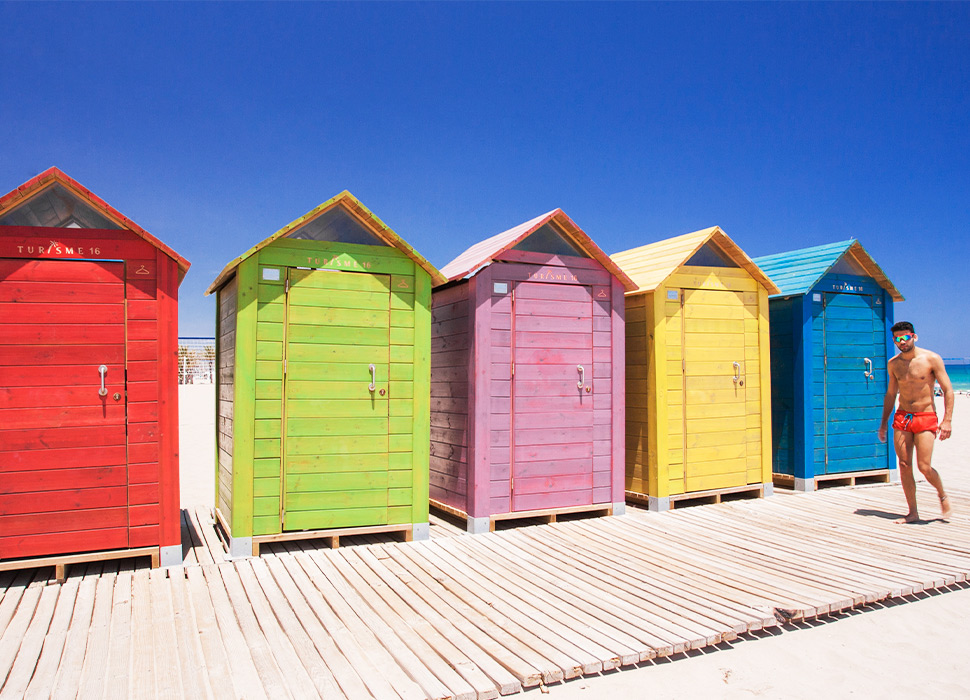 Alicante does have its own neighbourhood city beach – Playa del Postiguet – but, as is the way of these things, it gets rather crowded on nice days. For a much more civilised sandy vibes, take a ride on the tram up to Playa de San Juan (alternatively the number 21 or 22 bus), where the playa is soft and broad and seems to go on forever. Well, for 8km, which is plenty. The promenade was just expensively done up, and there’s an assortment of quality fish spots and bars eager to serve once you’ve had your fill of sunny unwinding ecstasy. 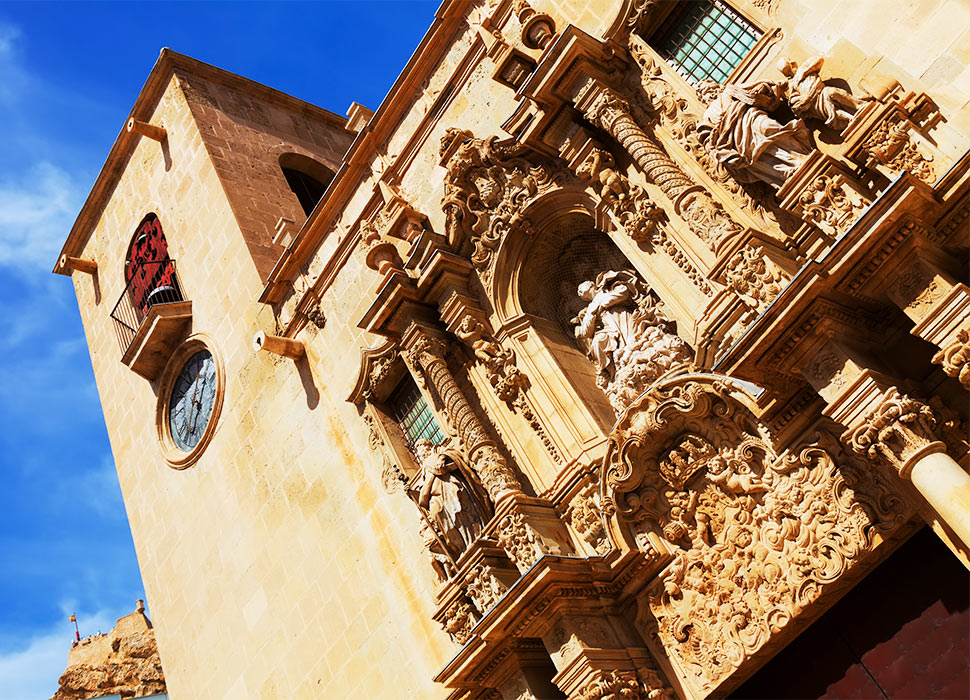 See it and weep (Mary already is) / Image: Adobe Stock

The oldest church in Alicante has an unmissable, Insta-popping likeness of the Virgin Mary crying her eyes out on its elaborate façade – but that’s just a hint at the sheer divinity that resides within. Get an eyeful of that blinging high altar and drink in the enormous marble baptismal font that experts reckon dates from all the way back in the 16th century. Also – rejoice, hymn fans – there’s an ornate Valencian pipe organ from the 17th century's baroque Golden Age. It’s enough to bring anybody to tears.

10. Lay siege to the Castle of Santa Bárbara 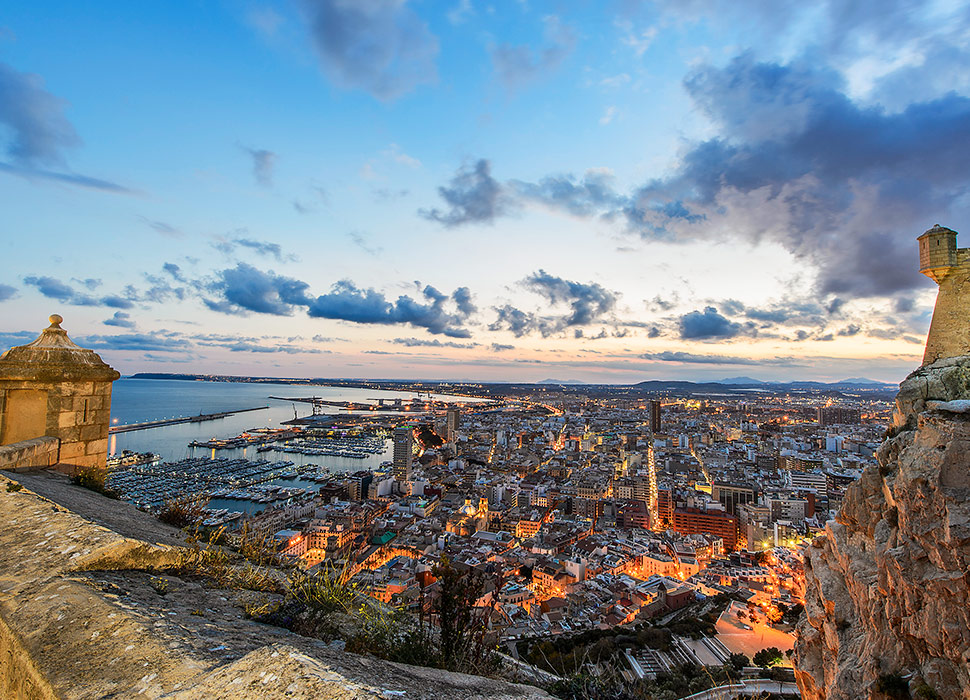 The castle of Santa Bárbara is set high on a hilltop some 166m above the city, and the strategic value of putting a fort here been obvious since as far back the 9th century, when the then-dominant Moors erected Alicante's first proper castle. On 4 December 1248 – Saint Bárbara’s Day – it was captured by Castilian forces, hence the name it bears to this day. Lots of stories have become associated with this high fortress over the years, and today guides in full period regalia – lovelorn princesses, battle-hardened soldiers and skinny beggars alike – are always on hand with a tall tale or three.

The best restaurants in Alicante