The best restaurants in Alicante

Not into the full three courses? Nibble the night away at one of the best tapas bars in Alicante.

You'd be insane not to take a dip in such a dreamy seaside city, so make sure to experience beach bliss in Alicante. 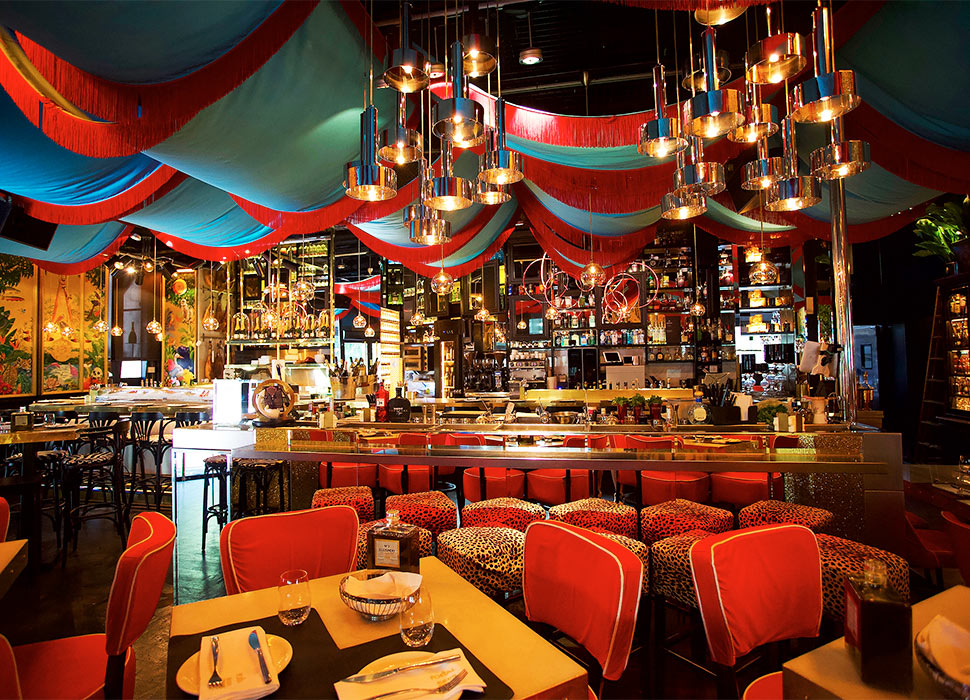 The kind of place you'll want to dress up for dinner

A rarity for Alicante, this reliably vibey, garish-in-a-good-way gastro bar delivers on Friday feels as well as a solid roster of seriously good Spanish tapas; some classic, some modern, either way, served with likeable swag in a glam but still very fun space worth dressing up for. It works for a full meal or just perch at the bar and snack on jamón and peep the city’s pretty people. 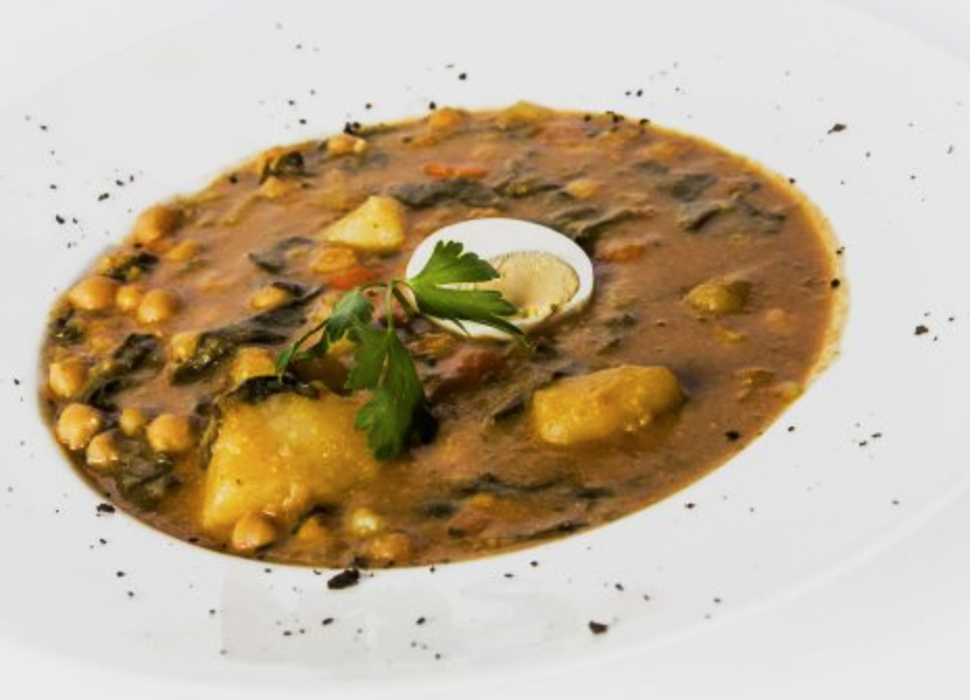 The most Spanish of Spanish tavernas: this old-school, family-run restaurant on the edge of the city’s casco antiguo (old town) keeps locals coming back for its honest, nothing-fancy takes on classic Spanish cooking. Expect the full roster of tapas as well as its rich, satisfying platos caseros (house specials) that could be chickpea-potato soup or the traditional olleta alicantina (a potato-rice stew). Great value: fear nothing come bill time. 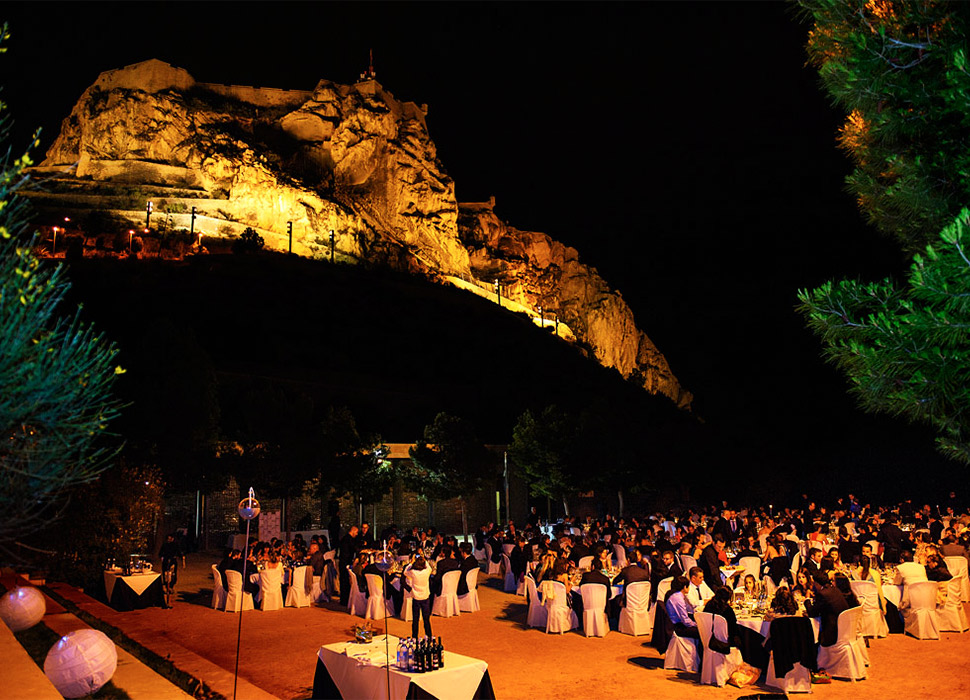 Wow, what a view. Up on Mount Benacantil next to Castillo de Santa Bárbara, this scenestealer is part of a vanguard of restaurants that show Alicante is no backwater when it comes to eating out. Service is peppy, the space is simple while chef Dani Frías serves an inventive, finely tuned degustation menu that could be mackerel, orange pickle and dill or Iberian rabbit with tear peas. Either way, six courses at €49 is a steal. 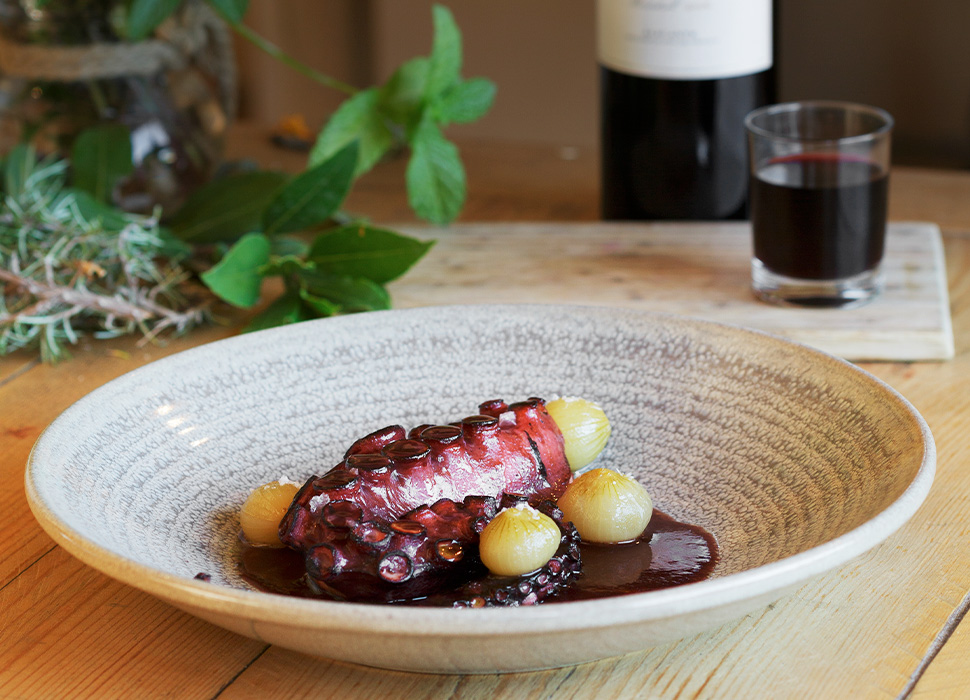 It’s a bit out of the way but the chill, Scandi-cool dining room feels like nothing else in Alicante and makes the pretty easy taxi ride out of town quickly forgettable. The simple, ingredient-focussed cooking helps too: a set menu might include an uncomplicated but somehow still glorious artichoke-parmesan salad, followed by duck foie gras with muscatel jelly or traditional calamares de Dénia encebollados (onion-stewed baby squid). 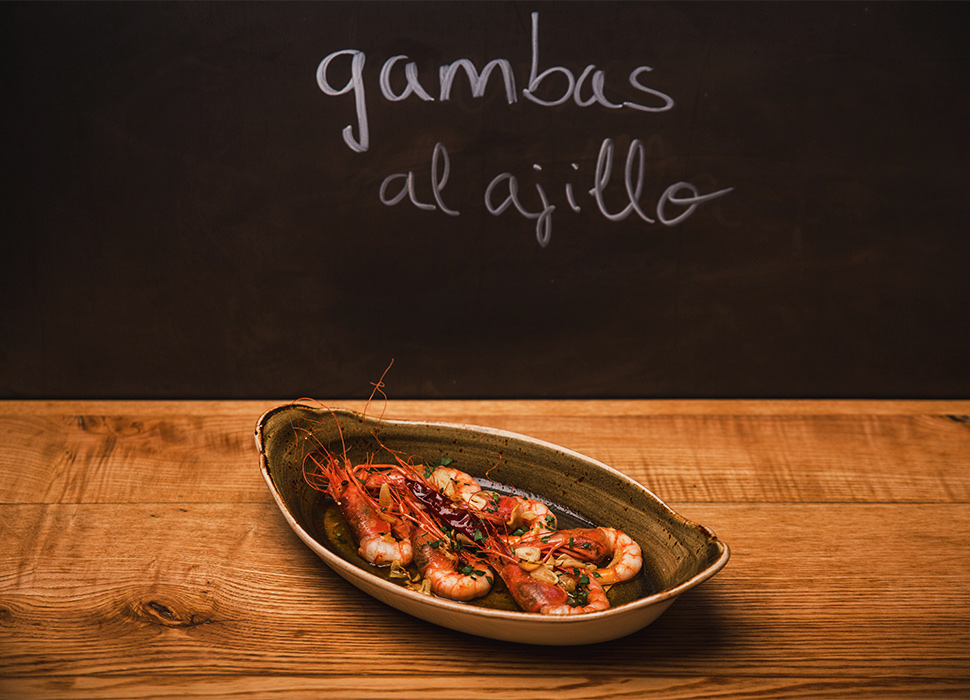 The best seafood tapas around

Prepare to be smitten with this very cool, very accomplished restaurant in Alicante’s casco antiguo (old town) that earns its hardcore local following via some of the best seafood tapas in town. Everything – from oysters to razor clams to the ace cepionets a la plancha (grilled cuttlefish) – is testament to its careful sourcing of ingredients. The highly oenophile-friendly wine list shows similar smarts. 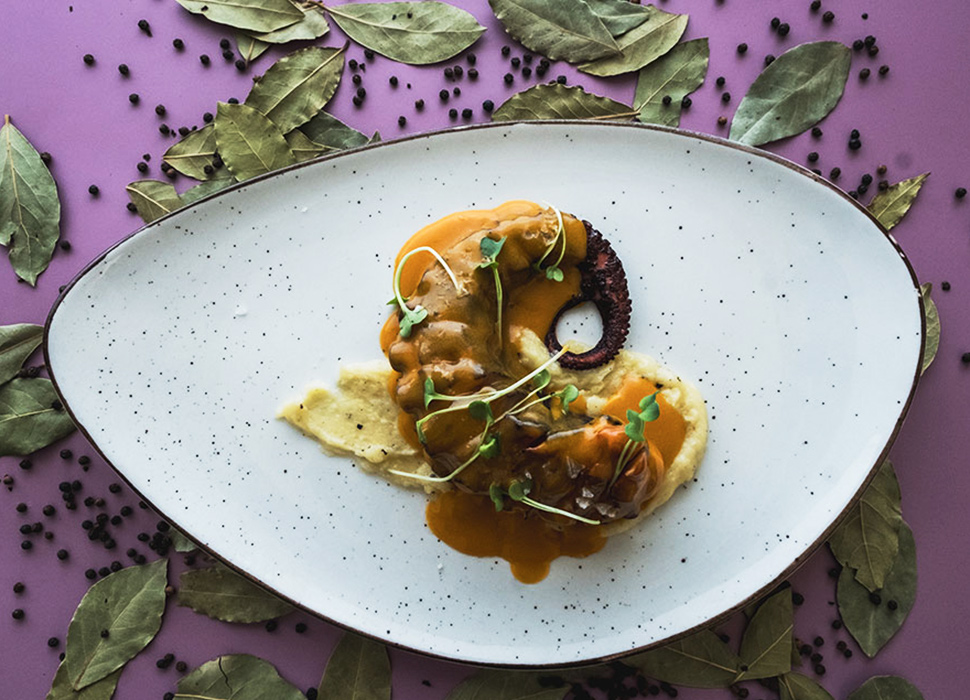 Come hungry as you'll want to try everything

Bang in the middle of town, this smart but unshowy restaurant is your go-to for chef César Anca’s clever-creative riffs on Spanish tapas that show care but still bear enough heft that it’s safe to come hungry. The menu is changeable but dishes might include a delicious rich callos de bacalao (cod tripe stew), grilled foie gras with mango confit or a rework of the classic coca amb tonyina (Alicante-style tuna pie). 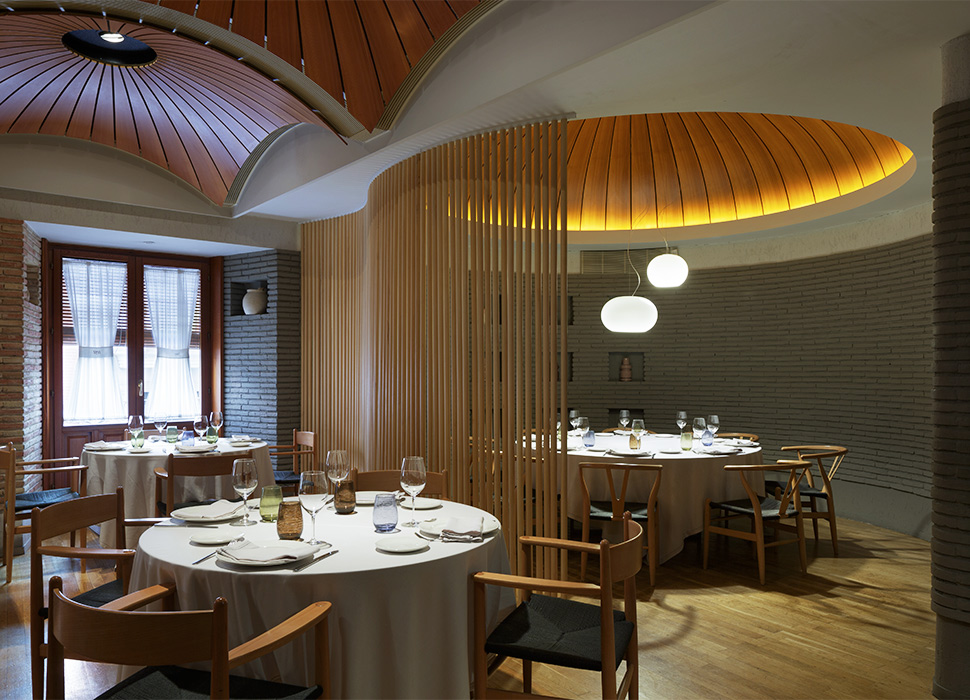 This is a very well-known address to locals with something of a split personality: upstairs is a chic, destination restaurant that does creative seafood dishes that are consistently bright and refined. Downstairs? Almost the opposite: a casual, come-as-you-are,  bar known for its no-fuss fish tapas, friendly staff and bottles of local wine from around €15. Pick your spot depending on your mood.

With a fancy but unfinicky vibe and pleasing views of the marina, chef-co-owner María José San Román’s Michelin-starred restaurant remains pretty much in a class of its own when it comes to carefully constructed and immaculately presented plates of pure gastronomic joy. It could be black cuttlefish with pumpkin or white truffle rice with borage but, either way, everything works memorably well here. Smiles guaranteed. 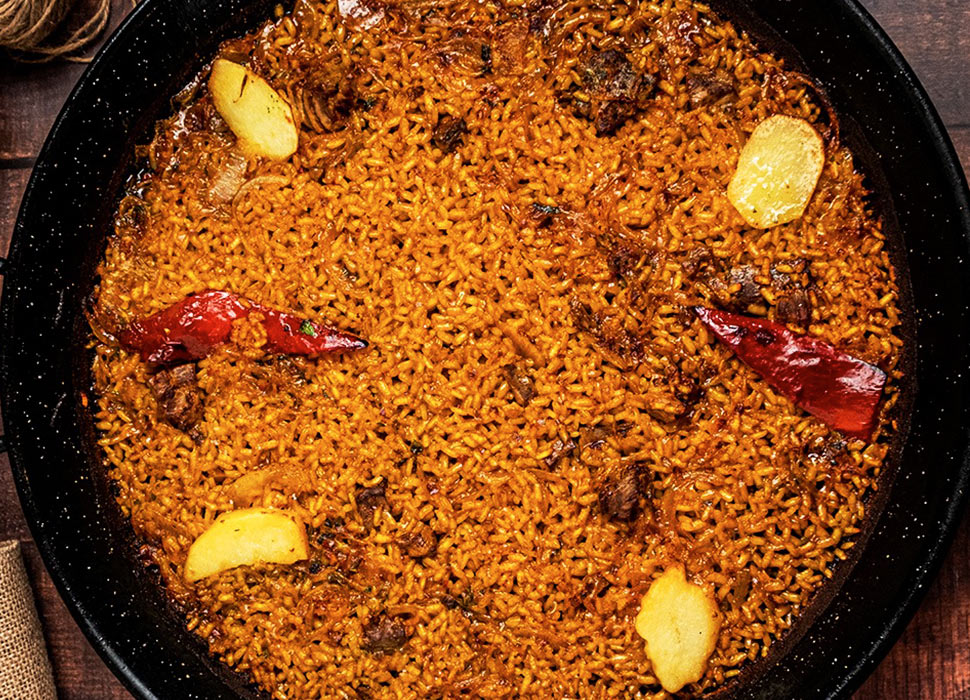 Comfortably some of the best cocina tradicionale (traditional cooking) in town, chef-owner José López’s family-run spot right opposite the Museo Arqueológico de Alicante is known for its generous-sized portions of uncomplicated but still carefully finessed plates of Alicante classics. From conejo y caracoles (rabbit and snails) to pata de ternera (veal leg), rice is what to order here but, then again, that octopus…

OK, so not the most splashy restaurant in Alicante but this warm time-warp taverna feels gleefully traditional in all the right places (est. 1956). Locals absolutely love it; not just for its nicely priced, home-style tapas (croquetas, check; boquerones en vinagre, anchovies in vinegar, check) but also it’s seriously cheap signature montaditos (sandwiches) that start from €1.50 and pair cheerfully with a cold beer. For the quick, in-and-out lunch, Bar Guillermo is boss.