The best things to do in Ljubljana

Slovenia’s picture-perfect capital – pronounced ‘Loo-blee-ah-nuh’ – is cherished by in-the-know travellers for its romantic, walkable downtown, and latterly for its thoroughly 21st-century complement of brilliant restaurants and bars. All that, a major landscaped downtown park and intriguing glimpses of its recent communist history make Ljubljana a dreamy spot for a mini-break. Here are our fave things to do in town.

When you're done with the capital, make a beeline for Slovenia's Lake Bled – it's one of the most beautiful in Europe.

Flowers more your thing? Then head to the northern mountain of Golica, the pretty daffodil blooms of which are one of the most perfect places to see in spring this year.

Get up to date at the Contemporary History Museum

This handsomely situated museum – in an 18th-century Tivoli Park palace – covers the modern history of Slovenia, from 1914 to the present day. What with both World Wars, the nation’s spell as a socialist republic and finally its independence in 1991 there’s a lot of ground to cover, and this museum manages it splendidly through striking propaganda posters, thought-provoking artefacts, and countless haunting photos. Spoiler: Slovenia turns out great in the end.

Cross the gates at Ljubljana Castle 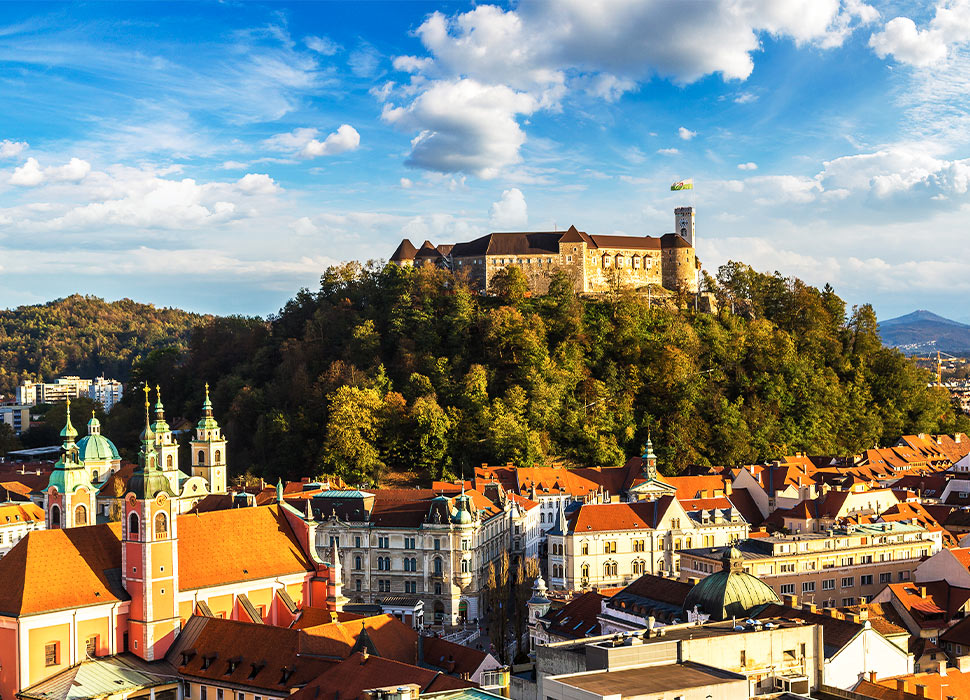 Ljubljana Castle, commandingly perched 375 metres above the town, was built by the Hapsburgs in the 15th century to defend against tiresome regular invasions by the Ottomans. Nowadays the outlook is rather less militant, to the point where the castle is mostly visited for its kid-friendly Museum of Puppetry, two fancy restaurants (Strelec and Gostilna Gradu), a jazz club and summer film screenings in the main courtyard. There’s even a funicular to get up the hill in a trice – don’t tell the Ottomans though.

Load up at the Union Brewery

Come for the samples, stay for the nuanced brewing insight / Credit: Alamy

Founded in 1864, the Pivovarna Union brewery – and certainly its products – are familiar sights to anybody in Ljubljana. You can take a tour, which visits the production line, offering a VR headset for an immersive journey through the brewing process, and plenty of fun, IRL free-sample-fuelled hijinks led by Slovenian and English-speaking tour guides. There’s a decent souvenir bit for boozy merch, the highlight of which is that you can print your own beer label.

Get to the heart of it in Prešernov Trg 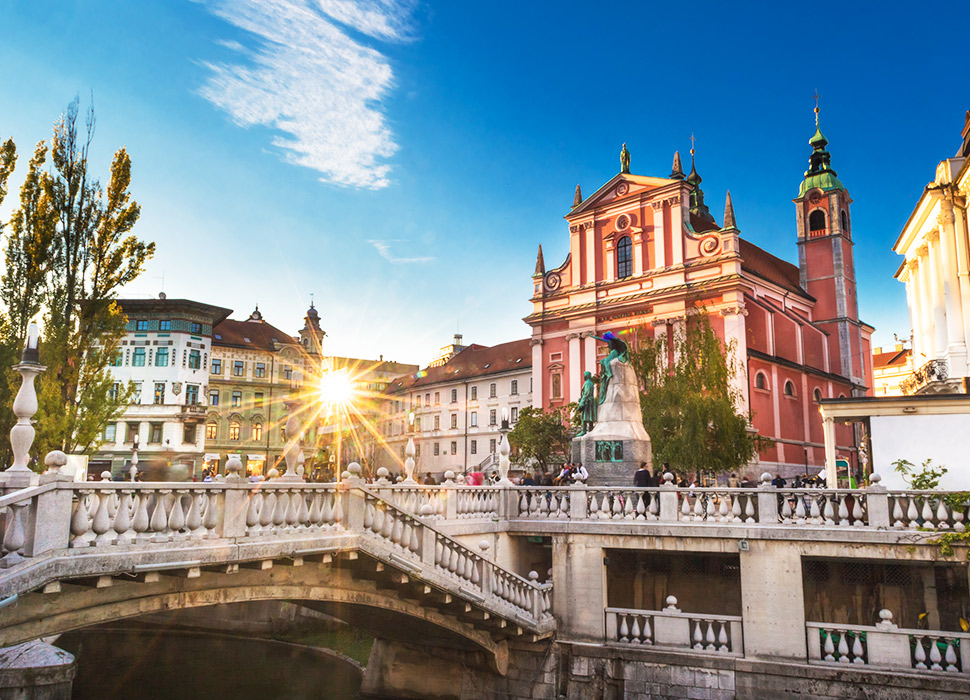 The blushing-pink Church of the Annunciation / Credit: Adobe Stock

Ljubljana’s main public square – wholly pedestrianised since 2007 – is as romantic a plaza as you’ll see anywhere on earth. Dominated by the pretty baroque Church of the Annunciation, the city’s famous Triple Bridge, designed by local hero Jože Plečnik, leads on to one side. The main attraction though is the statue of another local boy, France Prešeren – Slovenia’s most iconic Romantic poet and sonnet writer, in the company of a beautiful muse. There’s nothing square about it.

Pay your respects at Žale Cemetery 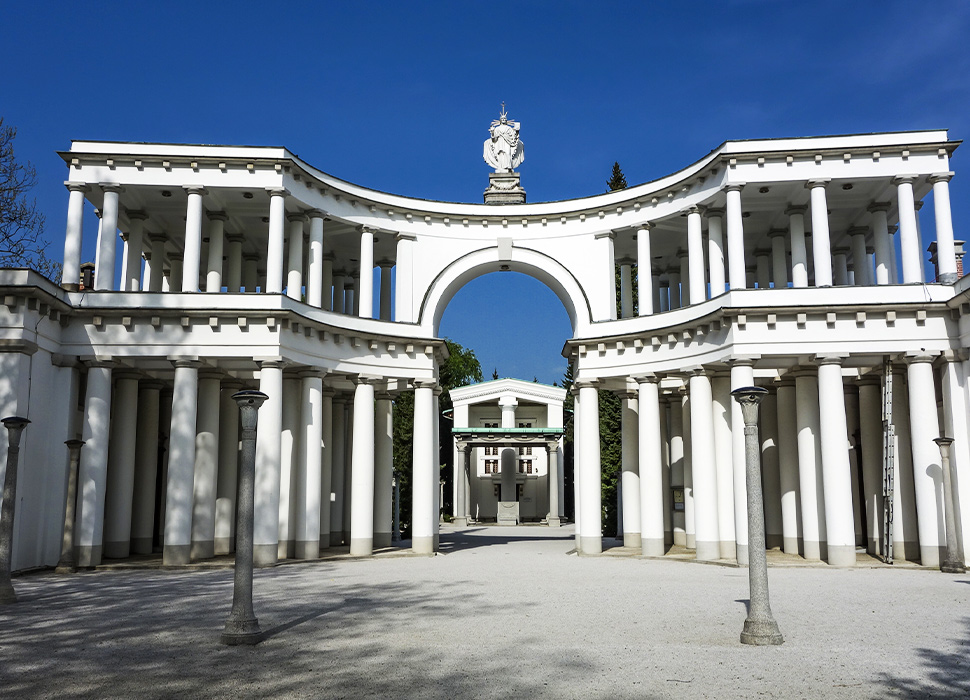 Architect Jože Plečnik – him again – thrillingly fused classical, Byzantine and Far Eastern styles, building the monumental colonnaded arch at the entrance to this celebrated graveyard. Come for the bewitching array of various-styled headstones and chapels marking local worthies – including Plečnik himself. Stay for the magnificent flora, fine topiary, popping flowerbeds and slender conifers.

Bag some goodies at the Central Market 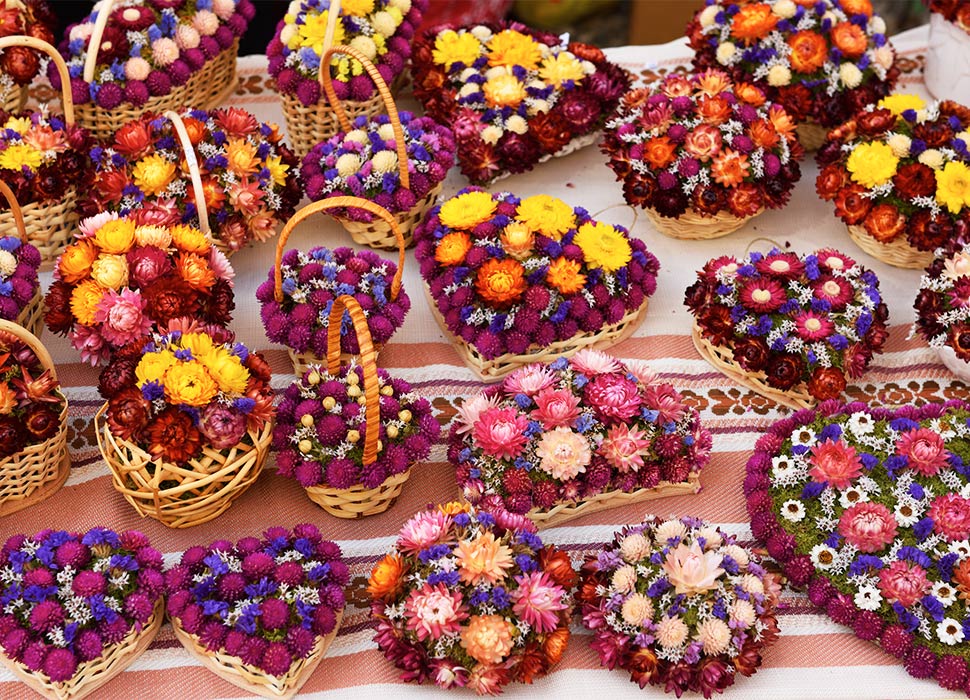 You’ll never guess who designed Ljubljana’s renaissance-inspired riverside market building. Yep, Plečnik’s been at it again. The actual market is so popular now – and so eclectic, with stalls selling everything from fresh fish to flowers to wooden hair grips – its vendors spill out onto the street and all over Pogačarnev trg square. It’s on every day apart from Sunday, and is as much fun for people watching as it is for snaffling endless free samples of Slovenian cheese.

Meet the wags at the Dragon Bridge 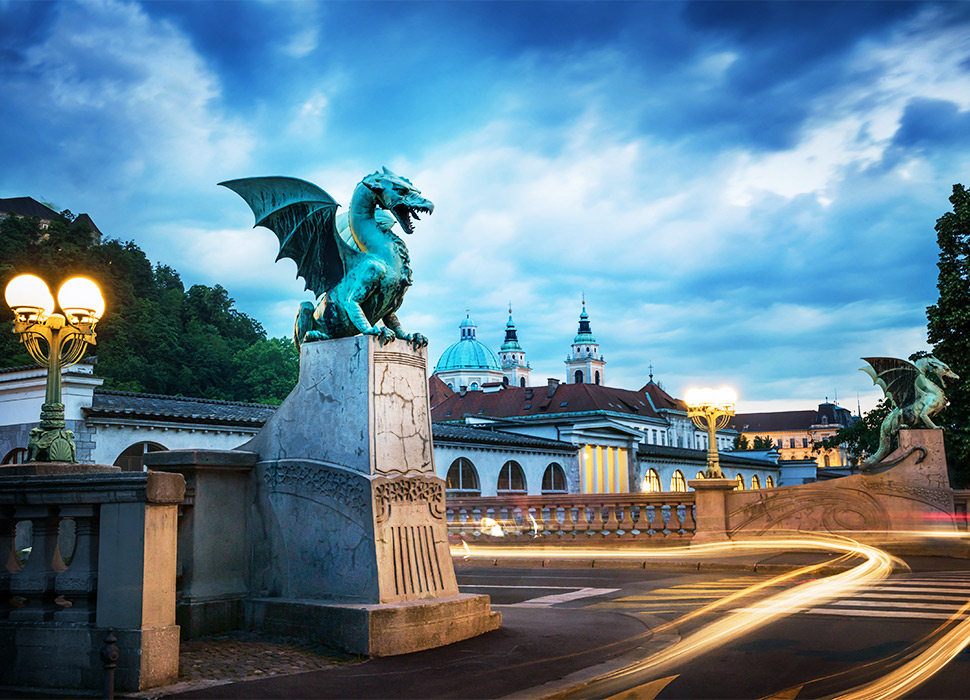 Despite its moody Medieval appearance, the Dragon Bridge over the green Ljubljanica River was actually only built in the early 20th century. One of the world’s first reinforced concrete bridges, the technology was supposedly trialled here instead of busier Vienna, because any failure in Ljubljana would be less newsworthy. Anyway, legend has it famous dragon slayer Jason – of 'and the Argonauts' fame – founded the city, hence the dragons. Apparently, if a virgin crosses the bridge, the dragons’ tails discreetly wag. 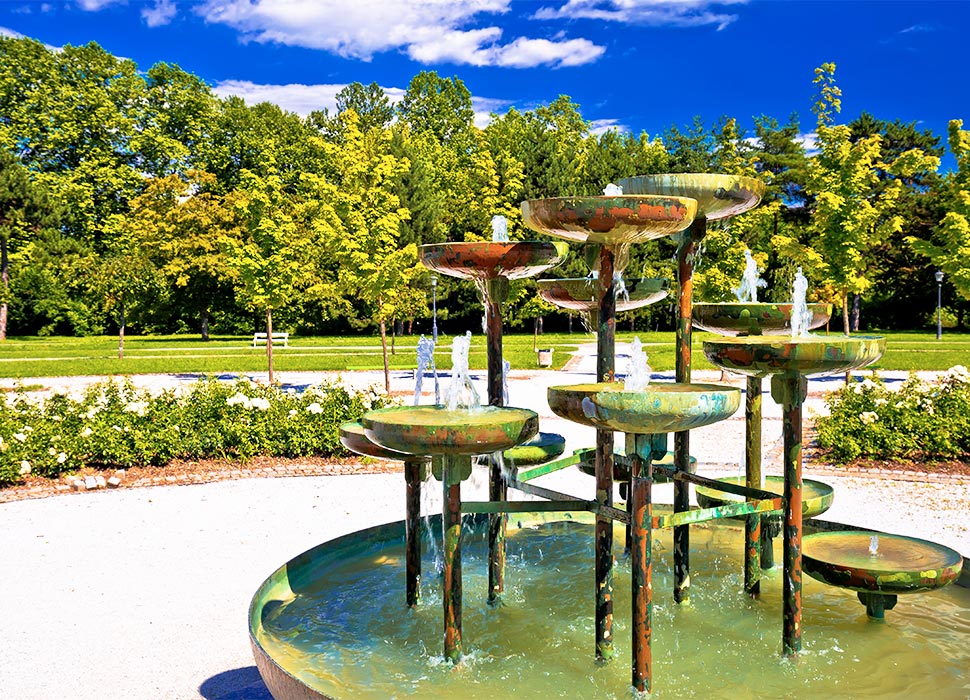 An elaborately organic fountain does its thing / Credit: 123rf

Just on the edge of downtown, Tivoli Park is a serene retreat where locals go to unwind, exercise, scoff picnics and experience shared cultural moments like gigs and exhibitions. Created in 1813 by French engineer Jean Blanchard – who basically joined up the garden estates of two grand city mansions – the park in its modern form took shape around a century ago when our old mate Jože Plečnik (yeah, seriously) connected the green space to the city with his magnificent sweeping promenade. There's also a zoo, a sculpture park, and a botanical garden. 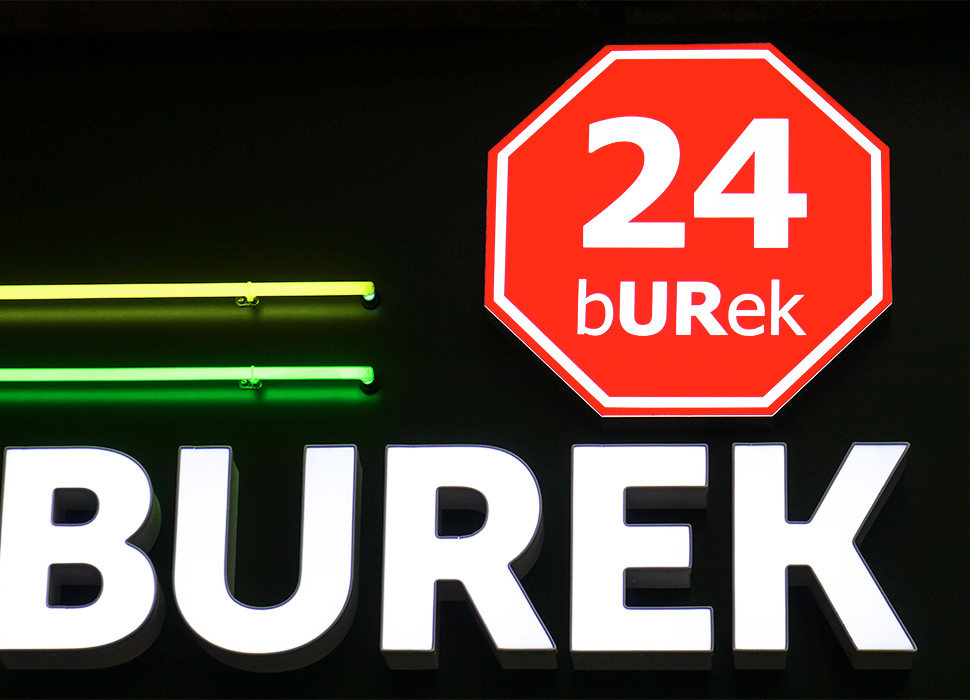 Nocturnal pastry is the name of the game in Ljubljana / Credit: Alamy

Burek – sometimes spelled börek – is a flaky pastry snack filled with meat or veg. A wholesome quick bite for when you’re on the go, the concept was originally brought to this part of the world by the Ottomans. Where’s the best in town? Burek Olimpija (58 Slovenska cesta) is most popular, home of the ham, tomato and mushroom ‘pizza burek’. If you’re out at the BTC shopping centre Burek Box (152 Šmartinska) combines fresh ingredients with slick fast-food presentation. Nobel Burek (30 Miklošičeva cesta) is the party animal's choice – order their traditional ‘sirov’ burek, filled with sour cream and curd cheese – being open 24/7, for the ultimate in tipsy comfort food.