The best bars and nightlife in Ljubljana

The Slovenian capital has an absolutely pumping drinks scene. These are some of the best bars and late-night hangouts in Ljubljana

As befits a youthful city that’s really started to hit its stride in recent years, Ljubljana’s bar scene is absolutely thriving. Whether you’re after giant foamy pints in a rock music venue, a long G&T overlooking the river, or state-of-the-art cocktails in a moodily-lit, floral-smelling atelier, the barfolk here have you covered. Here’s a rundown of our favourite drinking dens in the Slovenian capital.

There's so much to see in this jewel of Europe's near east – these are the best things to do in Ljubljana.

When you're done with the capital, make a beeline for Slovenia's Lake Bled – it's one of the most beautiful in Europe. 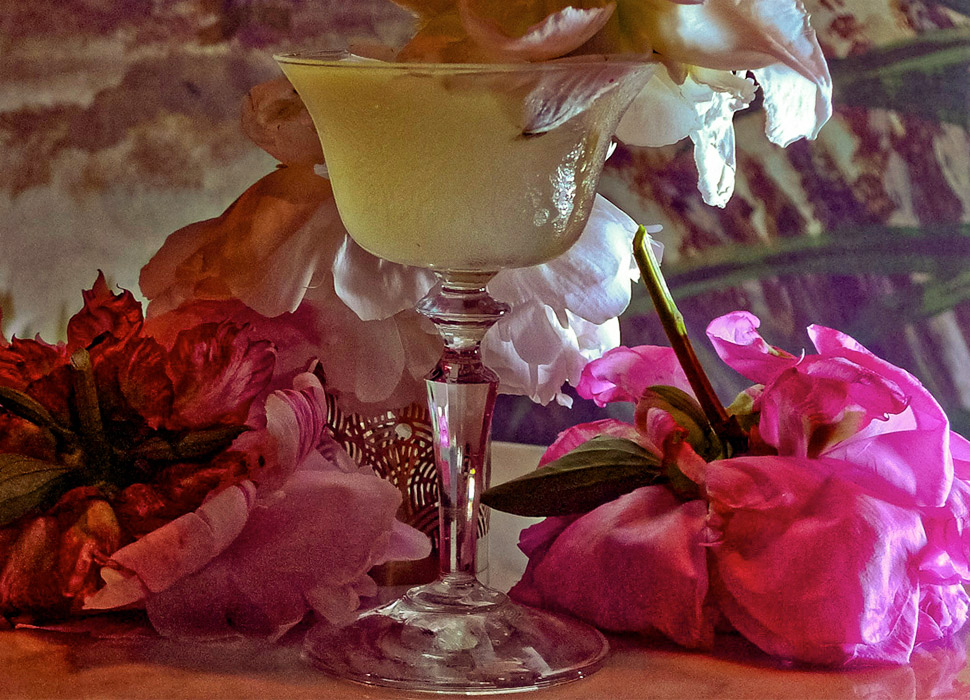 This beautiful gem of a place – get a whiff of those fresh flowers, and a selfie with that William Morris-esque wallpaper – takes cocktail making very seriously. They concoct their own tinctures and bitters based on recipes in dusty old books of herbal remedies. Park yourself on a mustard-yellow barstool at the white marble counter and savour the likes of their St James Gate (Kraken spiced rum, Guinness reduction and egg whites) or Broken Lavender (Monkey 47 gin, vanilla syrup, lemon and Lillet Rouge liqueur). Heady stuff.

A great shout for starting the night, this hip hangout looks the part with ironic neon signage and fashion-conscious seating. A sold menu of fast-food inspired bites – burgers, ribs, that kind of vibe – is just the thing to line your stomach, while the handy, touristy-but-not-cringe ‘info point’ is chock full of ideas to plot your next move. Or stick around Centralna Postaja – cocktails are inexpensive, and music central to the brand (they have their own internet radio station) so you can sway until chucking out time. 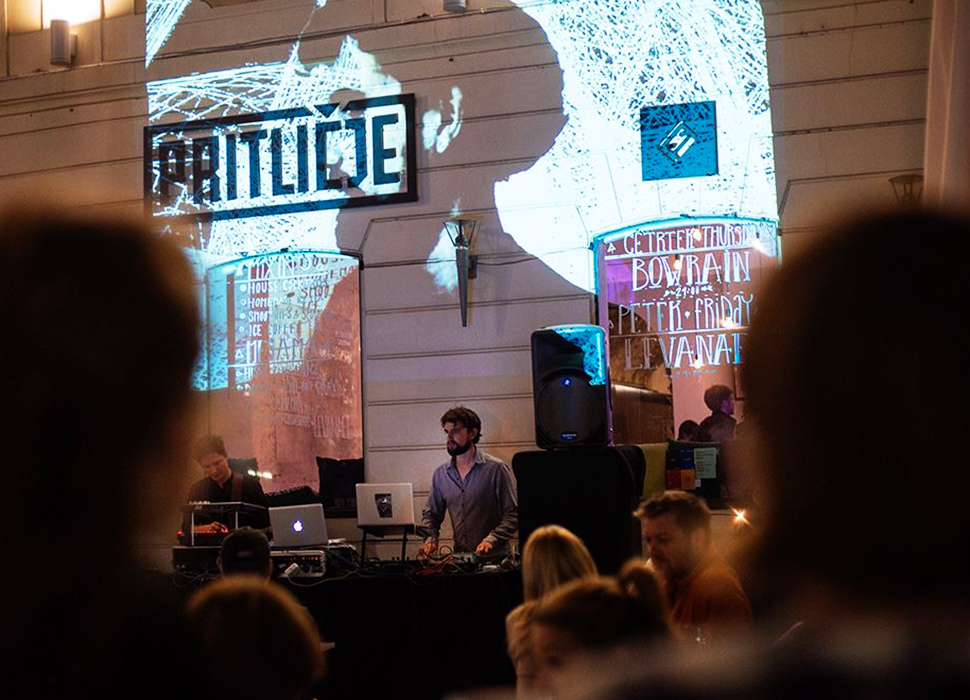 This eclectic joint is often billed as an ‘urban cultural centre’, but don’t be put off. It’s a bar through and through, with an attractively-priced array of no-nonsense cocktails – your mojitos, your cuba libras – and regular live music, or DJs depending on the vibe that day. Pritličje also hosts regular debates and roundtables featuring local worthies and touring intellectuals, and it’s also, inexplicably, a comic-book store. Slap bang on the main square, mind – a hotbed of Slovenian culture.

If you’re in the mood to get stuck in and actually hang with the cool young barflies of Ljubljana you really should make time to swing by Žmauc for a tall cocktail or three. Decorated inside and out with lurid, Manga-inspired murals – not least all over its sun-trap terrace out front, show up early to bag a good table – Žmauc is artsy and edgy in all the right ways. And always abuzz with colourful characters of all shapes and sizes. 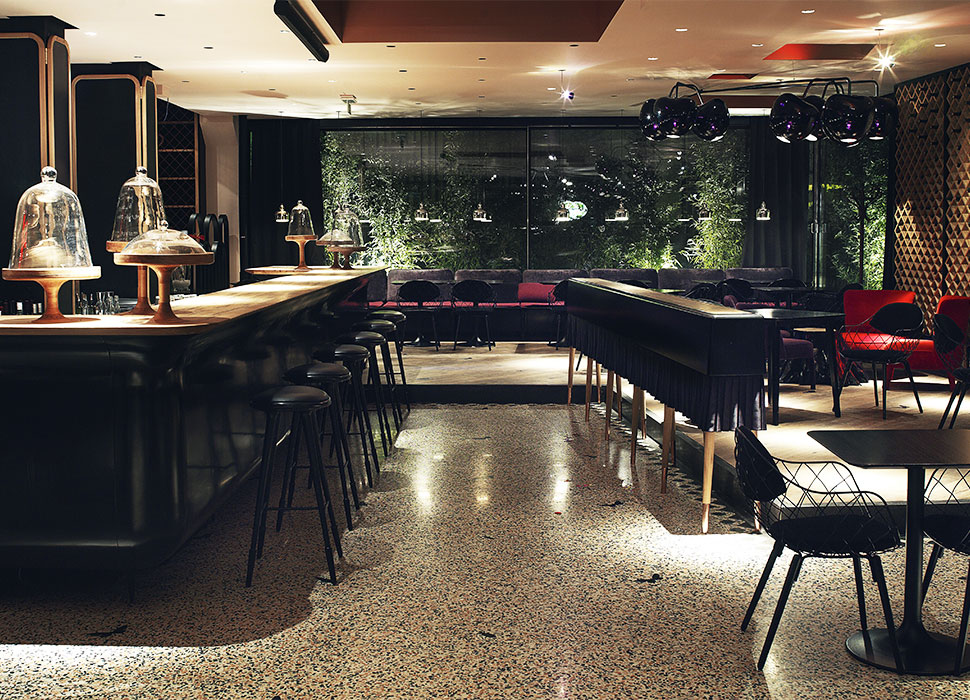 As Aperitivo is a particularly urbane after-work option

This chic after-work spot is a delight to every sense – get a load of the sprawling central courtyard tree, sensitively integrated into the overall design scheme by cool regional architectural practice Arhé. Nibble on small plates or opt for a meaty (and very Slovenian) take on pad thai as you work your way down a comprehensive cocktail list. In warmer months the outdoor terrace comes alive with DJ sets entertaining the good-looking local movers and shakers.

The craft beer pub against which all others should be judged, Pivnica Lajbah gets an awful lot absolutely bang on. No fewer than 23 taps and 130 bottled brews stocked from all over the world means you’re sure to fall in love with your next foamy fave. And rather than plumping for the stale classic food offering of beer and chips, the kitchen go for ambitious, seasonal small plates. Like what? Potato gnocchi with lamb ragù, or line-caught tuna in signature red curry sauce. Raise a glass. 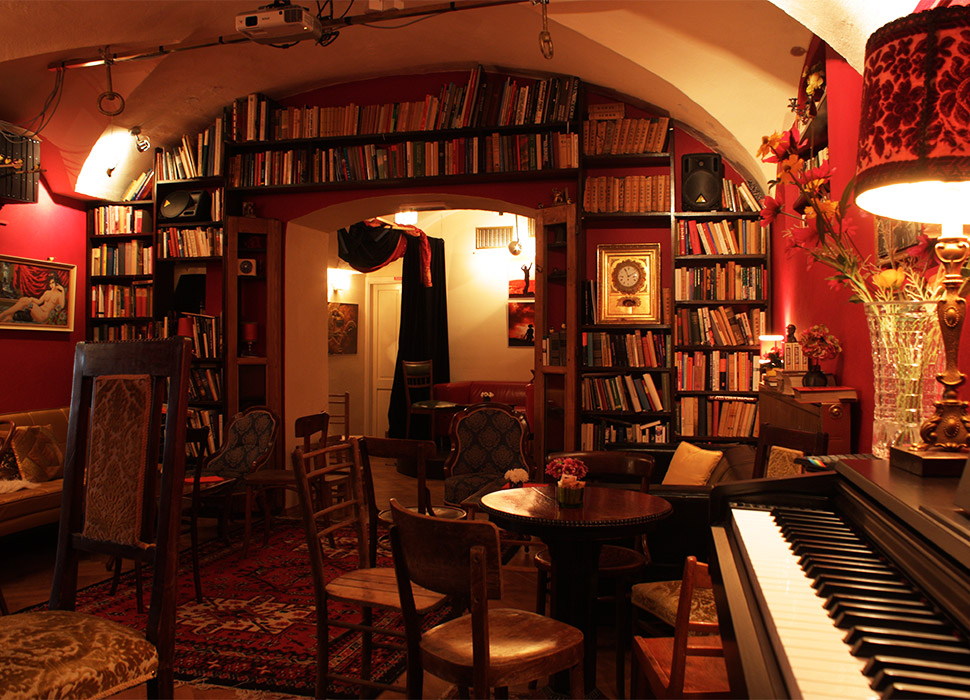 This sedate, bookish hangout – shelves groaning with vintage volumes, retro art everywhere, piano tucked in the corner – serves as a studious coffee hangout in the daytime, great for catching up on reading or browsing the papers. Later on it gets a little boozier and wilder, with local craft brews on tap – from the likes of Human Fish, Union, Laško – but still retains a thinky, student-common-room kind of energy. It’s just by the funicular up to the castle too, so perfect for chilled stop-off.

With a name inspired by the Slovenian Philharmonic orchestra, Solist – like ‘soloist’, you see – is blessed with perhaps the most idyllic location in this or any other city, overlooking Ljubljana’s hypnotic pea-green river. A moderately fancy sort of place that still doesn’t take itself too seriously, Solist specialises in graceful, floral gins and tonic. Park yourself on an outdoor couch under a willow tree and drink in the atmosphere one of Europe’s most romantic city centres. 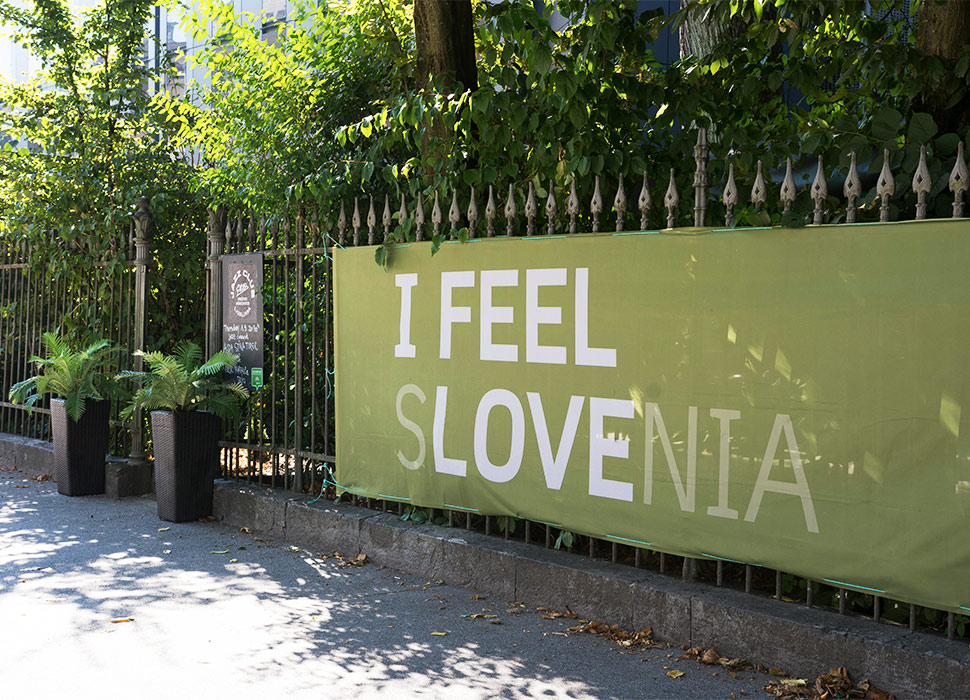 Nearly 30 years ago. local jazz legend Drago Gajo – yes, that is a cool name – started a club just so he and his friends could have a place to jam and hopefully attract big-name talent to Ljubljana. Alright, the big names – Woody Shaw? Sheila Clark? – mightn’t mean much to you if you’re not a jazz cat. But whatever music tickles your fancy this is a cool spot for a date night, with a cozy garden and an eclectic programme of blues, beat poetry and oldschool doot-doot jazz. Give it a whirl.

The work ‘godec’ pretty much translates as ‘musician’ and this colourful pub just a short stroll out of the centre of town is all about the big tunes. Rock, specifically, with live acts on typically a few nights a week. As such, the clientele comprises largely good-natured muso types, with a drinks selection that leans heavily toward beers. Cool beers though, from local breweries – check out the dizzying rainbow of colourful cans in the fried from all over the region. Even their drunk food rocks.