Who cares for the cats of Kotor?

Montenegro’s “city of cats” is home to a purr-fect collection of kitty postcards, photographs and propaganda, but the real-life cat community faces a daily struggle for survival

At the bottom of the wood-panelled wall, there’s a glass case full of sheet music and books depicting cartoon kitties lapping up cream. At eye level, a framed Polaroid of Shirley Temple cradling her tabby. At the top, outlandish illustrations of cats masquerading as courtesans, Cossack dancers, and a blonde-haired siren that could be Lady Gaga. Under my feet? A real-life tuxedo cat, who wanders between the two rooms sussing out visitors, before taking long naps by the window. Welcome to the Cat Museum of Kotor. 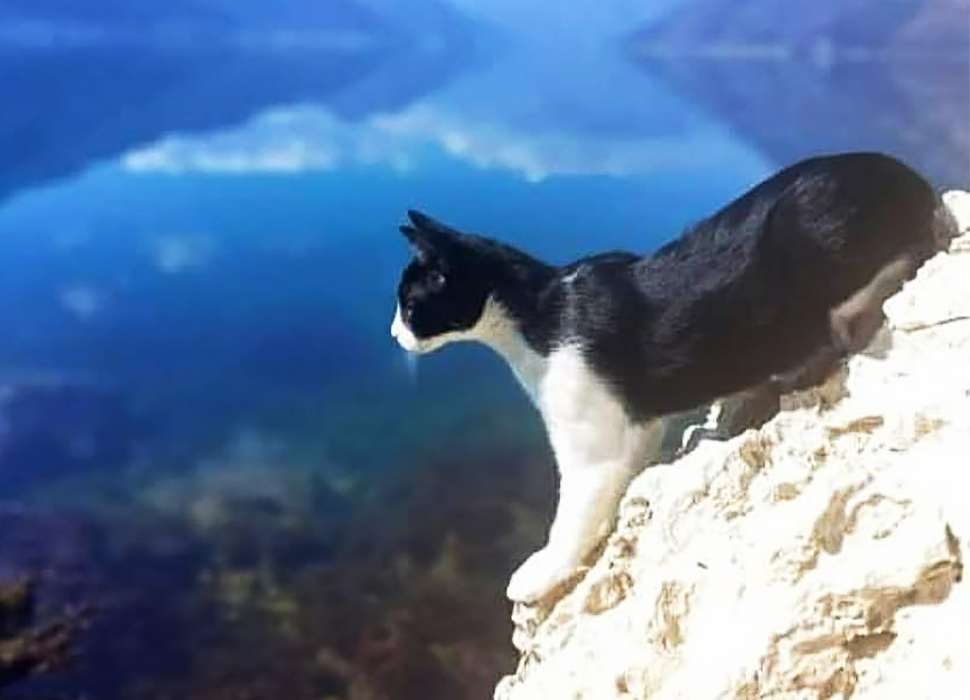 Founded by the Romans in 168BC, the trading city quickly filled up with rats, and then the cats were brought in to neutralise the rodents. Even the town’s name has a cat connection: “Kotor” is the Montenegrin form of the Italian “Cattaro”, which some say means… well, cats. The felines became felicitous charms for the roving sailors. Today, it’s home to thousands of moggies, who prowl the streets, beg by tables for tidbits, and seek shade under trees (and evidently, inside cat museums). But it’s rarely a cat’s life, as overpopulation means food is scarce, medical care is non-existent, and catfights in the lamplit sandstone alleyways are all too common. 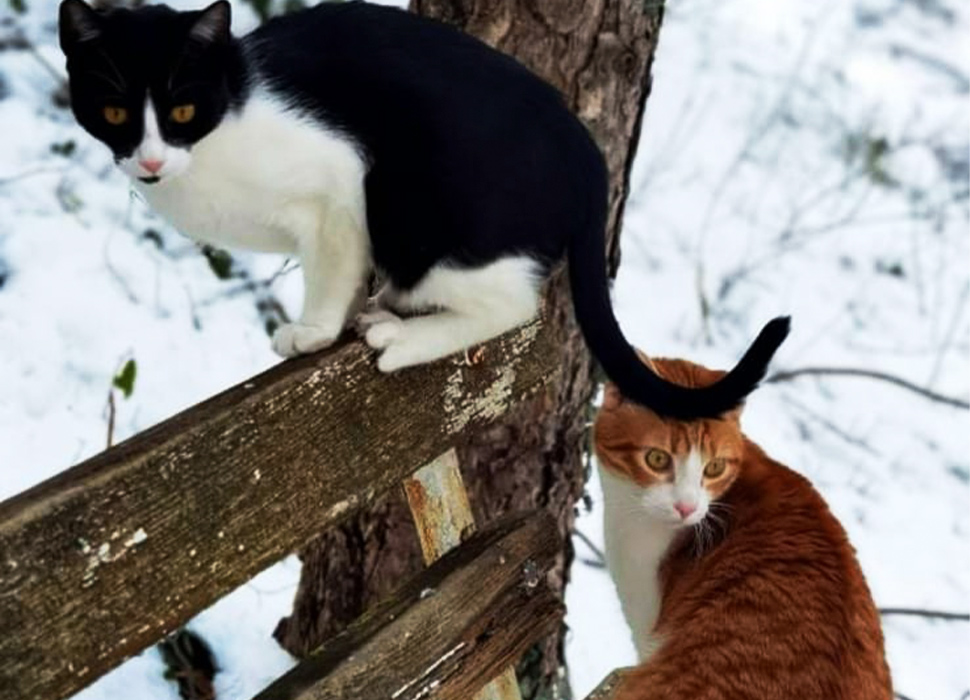 Outside the Cat Museum, I take a seat in a cobblestone café to meet Nicola Darcy, a Bristol-born volunteer from Kotor Kitties (and who runs sister organisation Tivat Tabbies). Kotor Kitties is a US, UK and Montenegro-based charity started by a tourist who came here back in 2018. “The founder, April King, saw lots of street cats, managed to take a couple to the local vet and asked, “have you got a sterilisation program?” There wasn’t anything.” With the help of a cat-loving Airbnb host, and a local gift shop owner named Danijela Knezevic, Kotor Kitties was born in just two days. 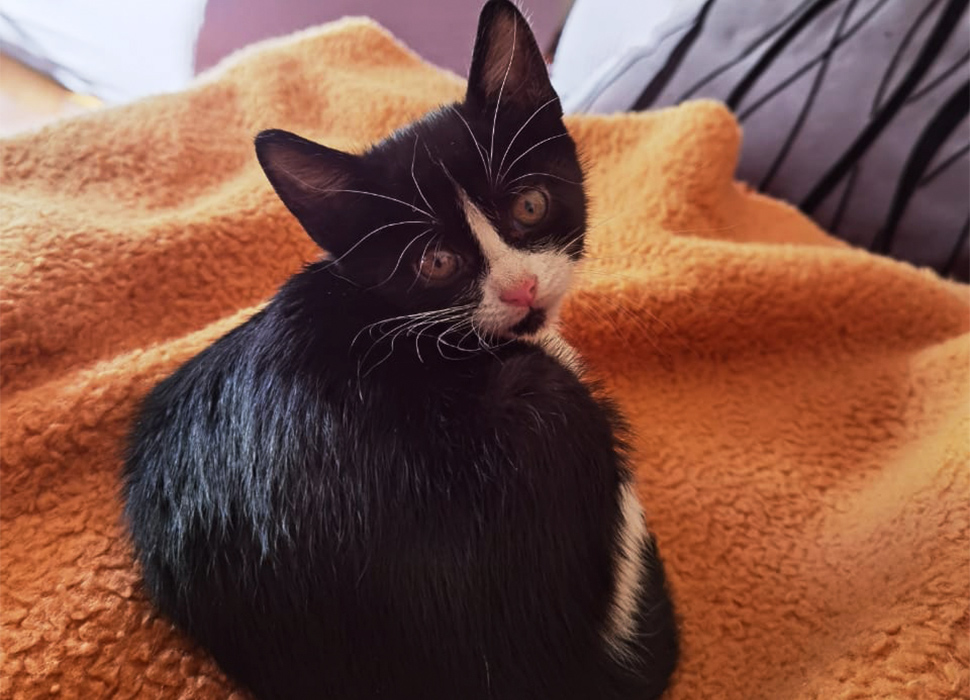 “Tourists put food down, but it’s usually the wrong food”

“Our mission is to sterilise and neuter all cats to stop overpopulation. Neutering is seen as very unnatural here, but it’s not natural to find a bag of kittens tied to a bin, or dumped in the sea. So, we have humane traps, and Kotor Kitties helped the local vet’s set up the sterilisation programme”. This was the very first trap, neuter, return programme in all Montenegro. To date, the charity has spayed almost 7,000 cats. 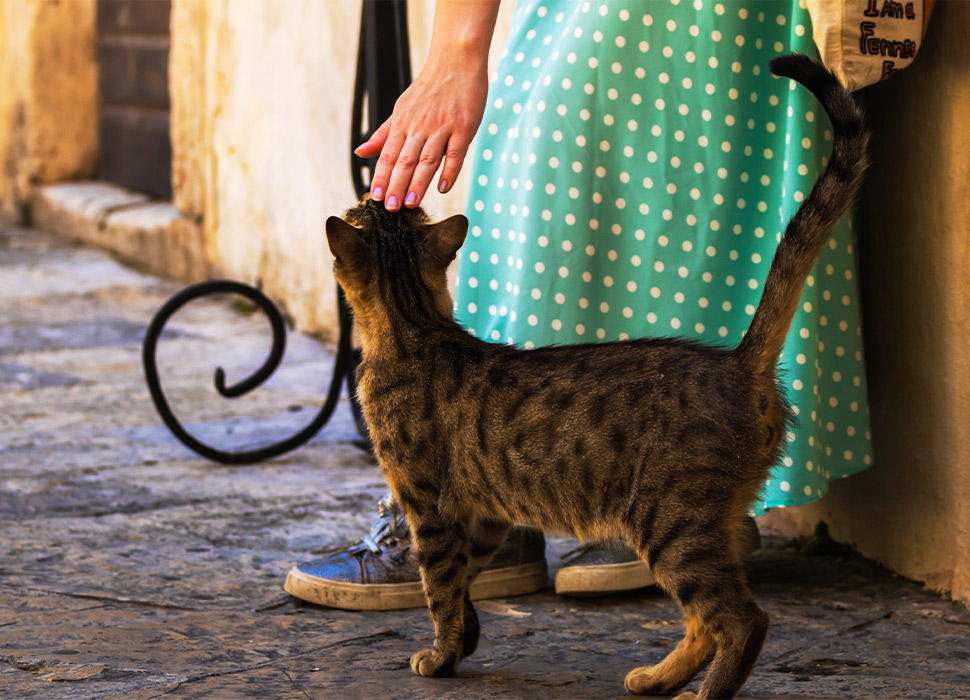 Getting pawsy with the locals / Image: Adobe Stock

Feeding the cats, meanwhile, might not involve playing a game of cat-and-mouse, but it comes with its own challenges. As a nearby black cat – considered unlucky in this part of the Balkans – wolfs down pieces of meat siphoned off from diners’ plates, Nicola tells me how even well-meaning travellers can sometimes cause issues. “Tourists put food down, but it’s usually the wrong food. I had to take out a fishbone that was stuck in the jaw of one of the cats. People also put milk down, but cats are lactose intolerant.”

The Cat Museum is doing its bit to feed the fur babies. Send a photo of your pet to the Cat Museum, pay a €2 enrolment fee, and your moggie becomes an esteemed member of the Museum’s donors: much of that money goes towards cat food. I think of my own cat back home, and how much I’d love to see a picture of her tortie face on those wood-panelled walls. 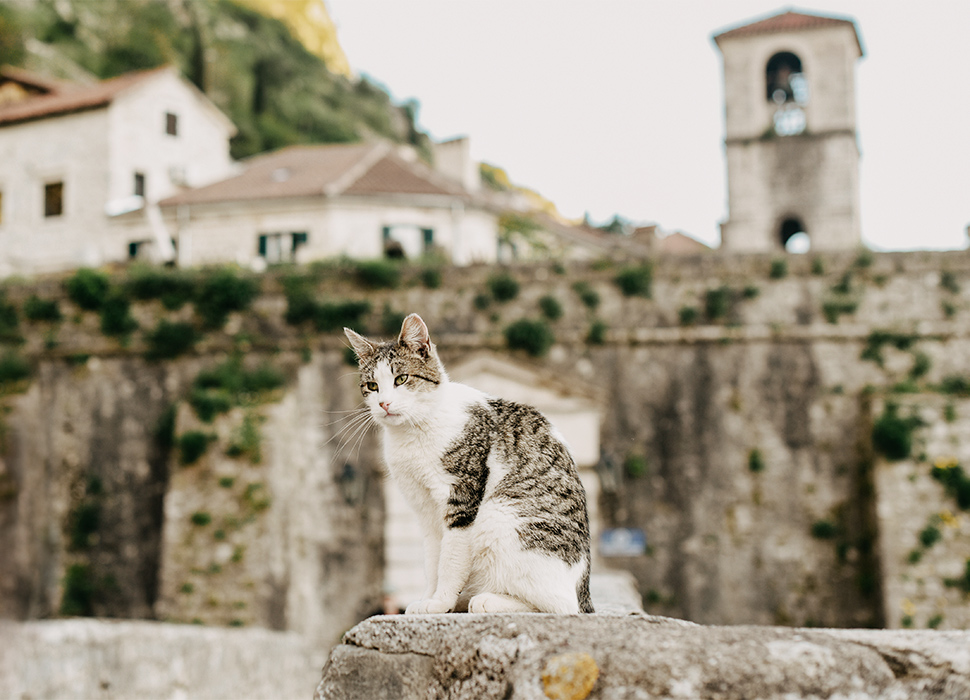 The cat population in this glorious walled city is slowly being managed, but there’s always more work to be done/ Image: Adobe Stock

Donations to Kotor Kitties are encouraged, and the charity even has an Amazon widget that allows you to donate every time you shop. Fallen in love with a roguish street cat on your travels? Good news: Kotor Kitties will talk you through the process of adopting it and taking it home, from vaccinations and paperwork to flying your cat in your hold luggage. Thanks to the work of Kotor Kitties, the cat population in this glorious Adriatic walled city is slowly being managed, but there’s always more work to be done.

Nicola and I wander through Kotor’s Venetian-style streets, past countless gift shops displaying gaudy handbags with patchwork cats. In St Luke’s Square, we meet Danijela, one of the charity’s original cat ladies, who regularly feeds the hordes of hungry cats in the plaza, and has even set up little shelters to shield them from the sun. “She’s quite protective of them”, says Nicola. 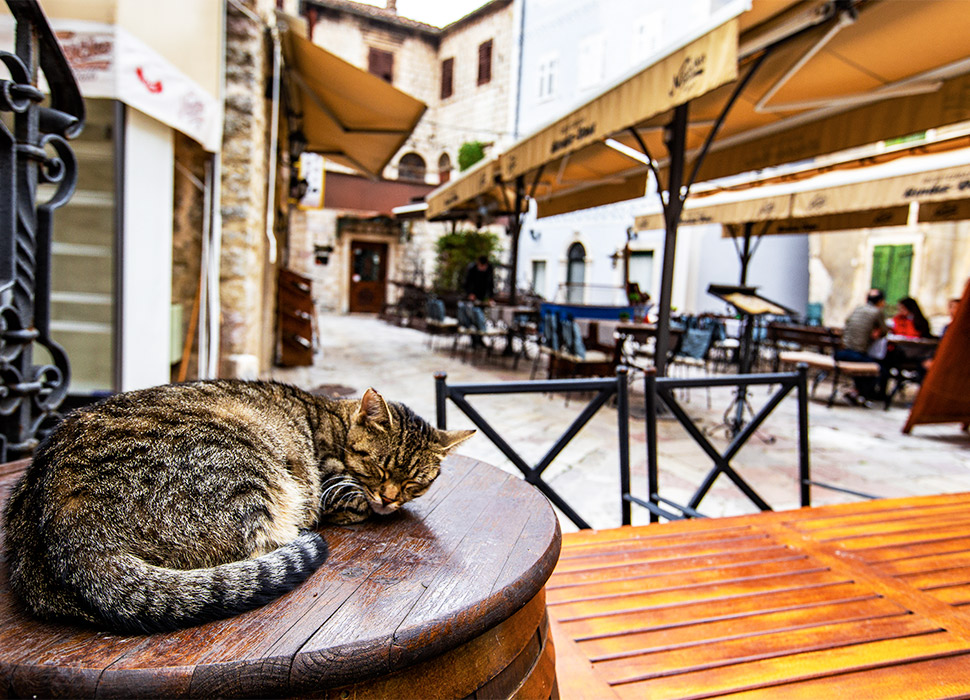 A quick cat-nap in the fortified town / Image: Adobe Stock

A handful of four-week-old ginger kittens mew and gaggle for the milk bottle, as dark-haired Danijela gently picks them up with a soothing “here, here”. Tourists stop to watch the scene. Between serving plates and pouring cool glasses of Cockta – a herby bevvie from Montenegro’s Yugoslav days – waiters in the nearby restaurants smile at their own resident cats. So, who cares for the cats of Kotor? Partly the cat-loving humans, partly the street-smart felines, but most importantly, Kotor itself.

For more information on the cats of Kotor visit
visit-montenegro.com and kotorkitties.org

7 things you learn when you travel Europe cooking with grannies