Ever wished you could step into a Harry Potter book and walk around the bespectacled young wizard’s fantastical world? It doesn’t require magic, you know? Just a plane ticket to Porto, the hip coastal city in northern Portugal famed for its 19th-century port houses, where JK Rowling fell for an old-fashioned bookshop.

But a short browse around Livraria Lello bookshop in the heart of Porto should convince you at least some of Harry Potter’s wizarding universe is sturdily rooted in reality. 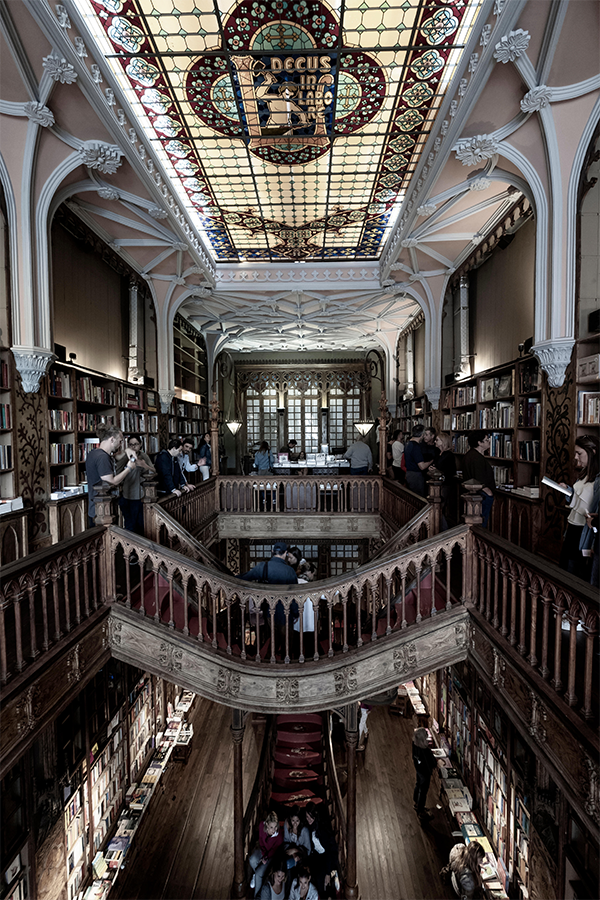 Author J.K. Rowling lived in Porto while working as an English teacher in the early 1990s and was a regular customer here.

Does the theatrical, kinda-Gothic interior and serpentine central stairway remind you of anywhere, I don’t know, Hogwartsy? Or does the floor-to-ceiling shelving put you in mind of a certain Flourish and Blotts on Diagon Alley?

For those not fluent in wizard – Flourish and Blotts is the bookseller where most Hogwarts students purchase their schoolbooks. It’s described as having “shelves stacked to the ceiling with books as large as paving stones and books the size of postage stamps”.

Livraria Lello was founded in 1906 and has long been a Mecca for the Portuguese intelligentsia, although in recent years the global popularity of Harry Potter has forced overwhelmed staff to charge tourists an entrance fee, redeemable against any book purchased in store.

This hasn’t deterred the many hundreds of Potterheads who descend on the shop each day. So, basically, we’re saying forget Expecto Patronum – you should probably just Expecto Some Queues.

Discover the wonders of Porto by checking in to the Crowne Plaza. Located in central Boavista, it’s a refined base for exploring the city, with easy access to the historic dockside district of Ribeira. Book three or more nights to get one free. Terms apply.