Sea monsters, a giant compass, even a QR code – the Portuguese capital is covered in cool cobblestone designs. Here are our fave footpaths 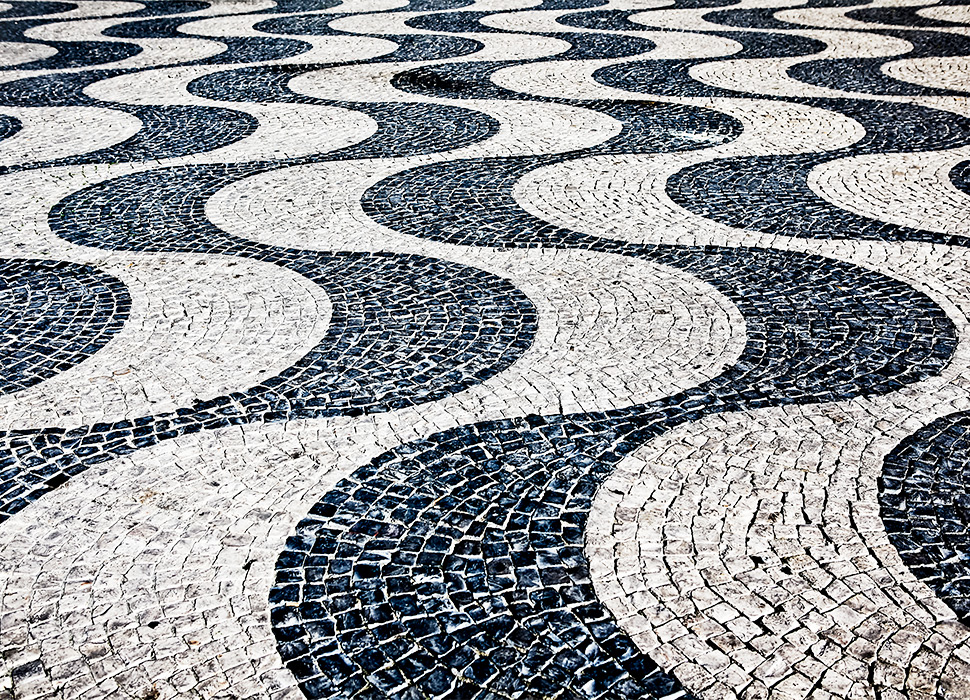 Lisbon’s tradition of cobbled limestone pavement designs – known as calçada portuguesa – has a central showcase on the floor of historic Rossio Square (officially known as Praça Dom Pedro IV). First laid down in 1849 by military engineer Eusébio Furtado, this classic two-tone wavelike pattern is called ‘wide ocean’ and references the city's seafaring past. Careful not to stare too long though – its rolling pattern might get you feeling a little dizzy. 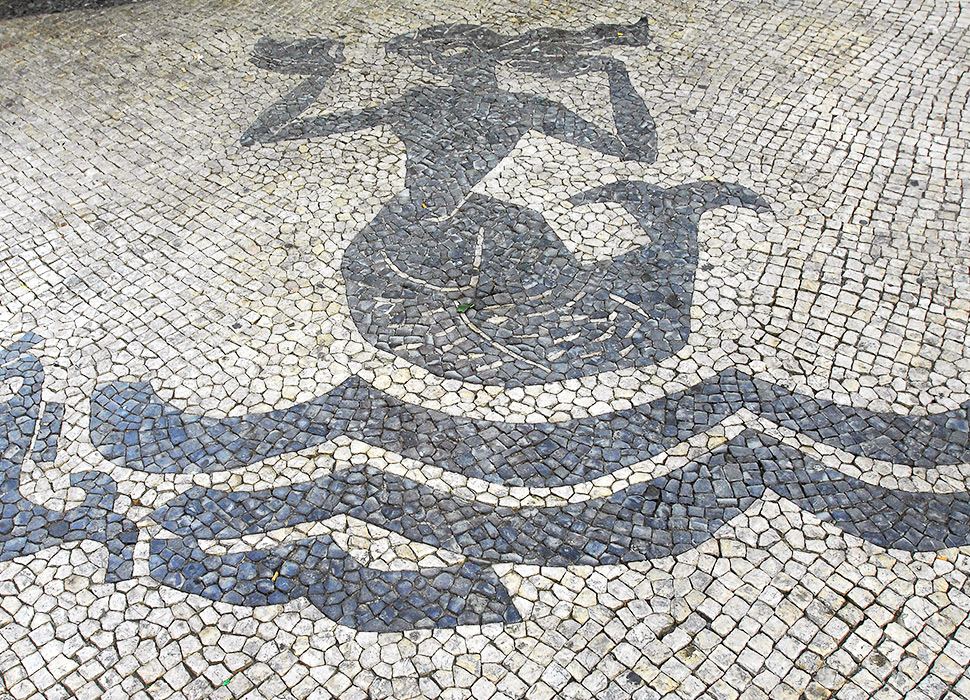 Dedicated to the great Portuguese poet Luís de Camões, this square on the boundary between Chiado and Bairro Alto is decorated with images from his epic Os Lusíadas, a fantastical retelling of Vasco de Gama’s voyage to India. Mermaids, whirlpools and guiding stars seem to spin on the pavement around a central statue of the revered writer. You'll likely see a lot of local Lisbonites here since the central square is often used as a meeting spot. 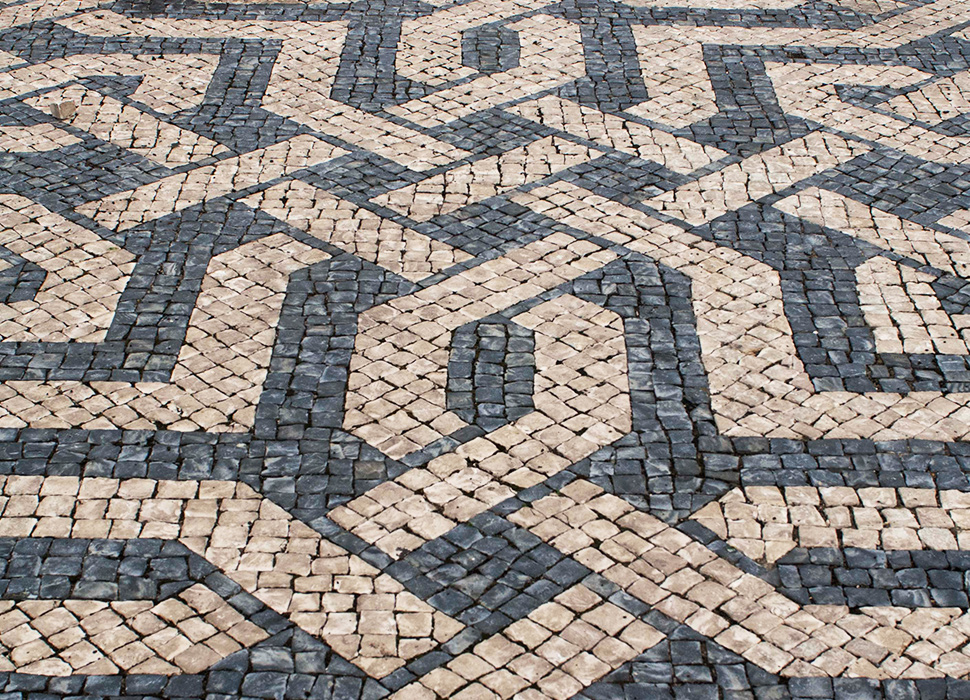 Lisbon’s grandest shopping street has elegant underfoot artistry. Its 90 metres are decked out in paving stones arranged into floral and abstract geometric patterns by the local architect and illustrator João Abel Manta, while the plazas at each end are equally stunning thanks to their decoration and water features. The Avenida might well be lined with expensive designer shops but we can happily report that staring at the beautiful pavement is totally free. 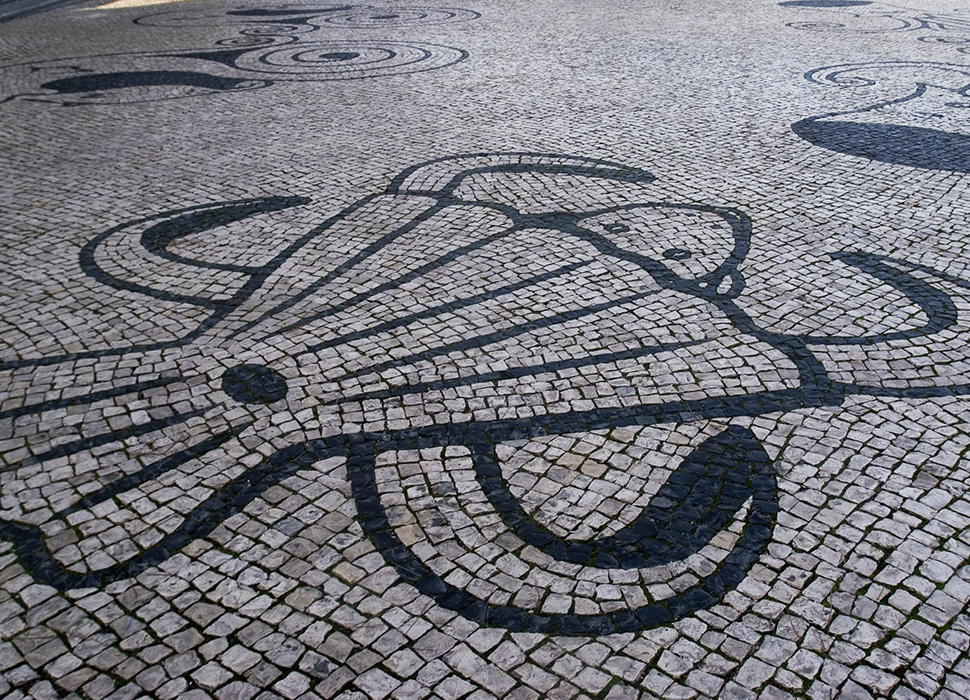 The modern skyline of this seafront business and leisure district still bears traces of a bygone nautical Lisbon. Sea monsters and other motifs from the Age of Exploration mark the ground outside the state-of-the-art Oceanário and along the edge of the sea. We love the snake-like monsters with their intertwined blotchy bods. 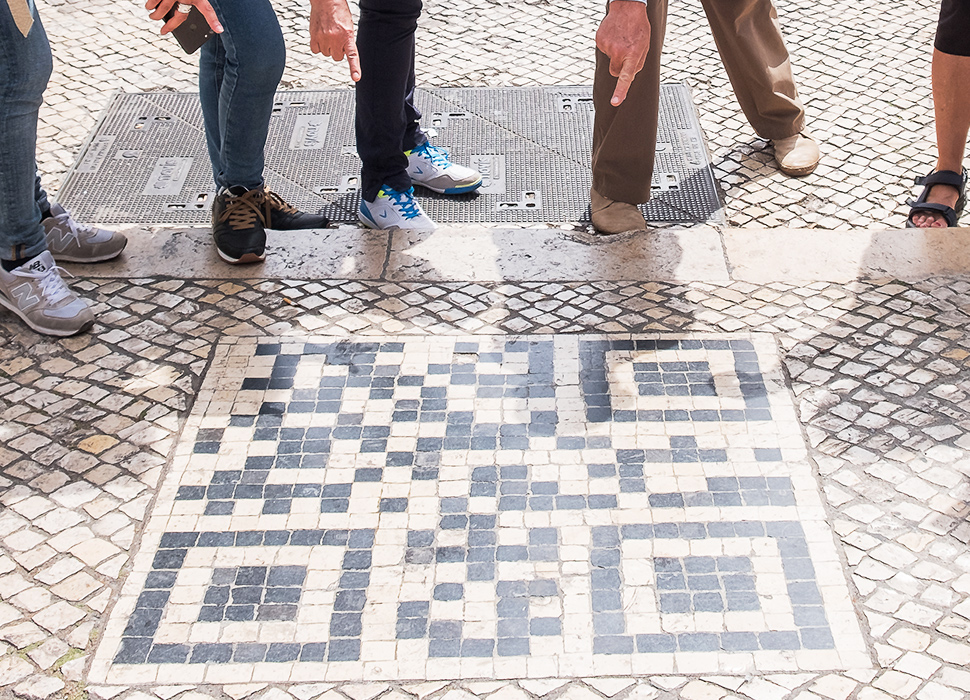 Lisbon is home to the world’s first cobblestone QR code, dragging classical Portuguese craftsmanship into the present and bringing some fun to the traditional art. You can find the code on Rua Garrett, down from the famous A Brasileira café and just outside the beloved Benard pastry shop,: can scan it with your phone to bring up interesting information on the local area. 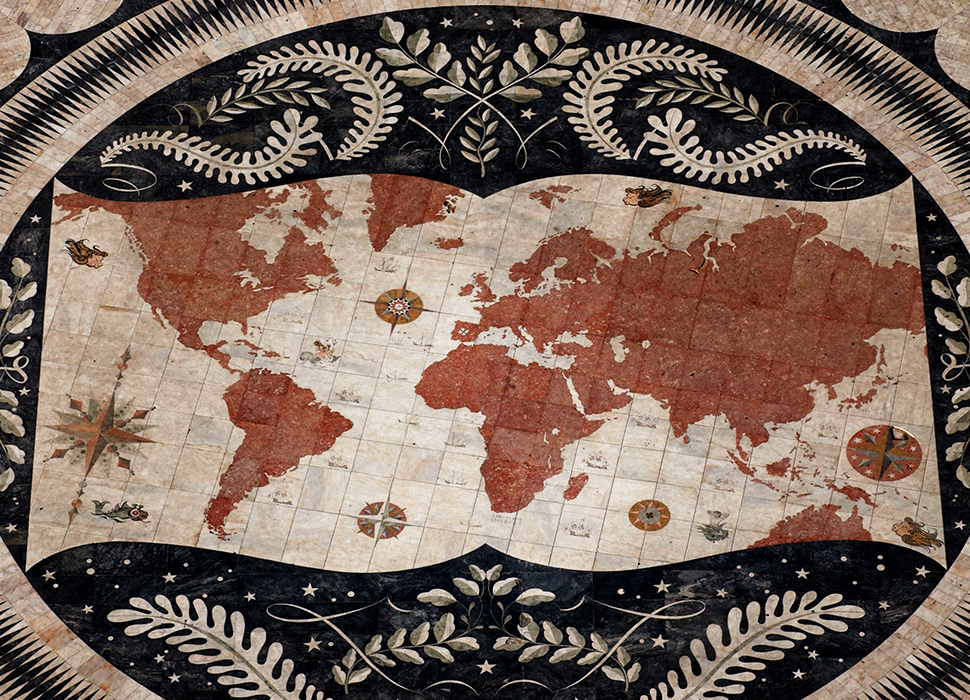 The waterfront around the Discovery Monument is decorated with a world map that depicts Portuguese discoveries. It sits inside a huge compass, marking the direction of travel for Portugal’s maritime explorers which, in turn, is surrounded by undulating cobblestones that represent the water. Take the lift to the top of the monument to get a bird's-eye-view of the floor and all its intricate details.