The Portuguese capital's food scene is heating up, nipping at the heels of Paris and London – here's why Lisbon's star is rising 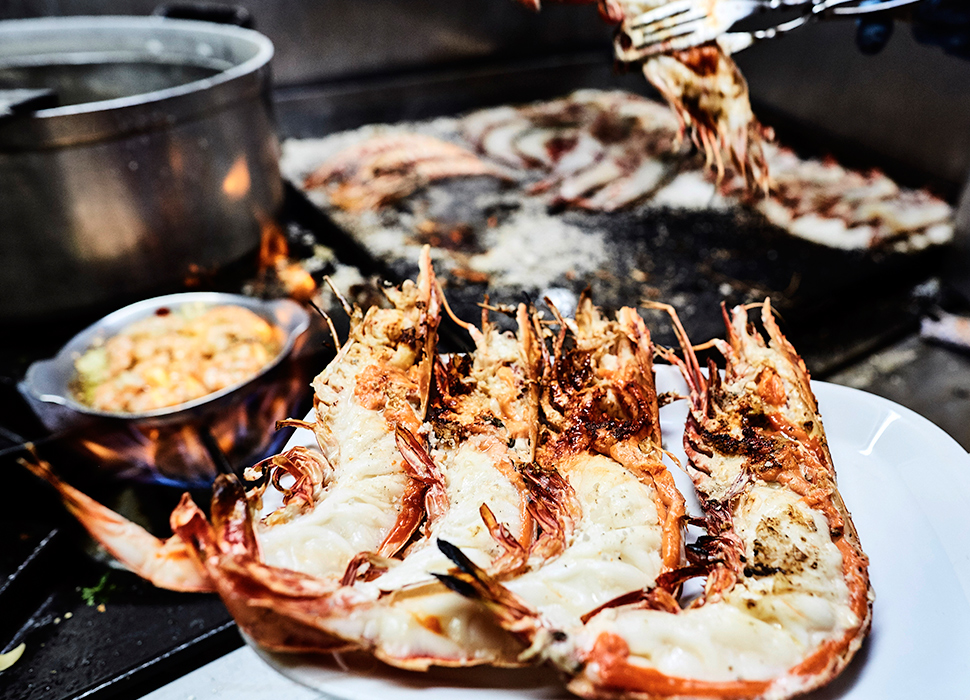 There’s a reason people queue up in droves for a table at Cervejaria Ramiro; it’s the most popular seafood spot in town. The beer-hall vibe of this Anthony Bourdain-approved restaurant almost belies the majesty of its food: glistening oysters, sizzling garlic prawns, stuffed stone crab and buttery giant tiger prawns, all showstoppers. Ever tried goose barnacles? They’re out of this world. Be prepared to wait in a queue, or head there early evening to avoid the crowds.

The network of chinês clandestinos (secret Chinese restaurants) in Lisbon’s Martim Moniz neighbourhood offers a bounty of delicious and authentic Chinese cuisine, but for some of the tastiest and freshest hand-pulled Sichuan noodles in town, hop over to the food court at Mercado Oriental. With both vegetarian and meat options available for slurping, these delicious, saucy and spicy ribbons of joy will haunt your dreams – and leave you with enough change at the end for a bubble tea. 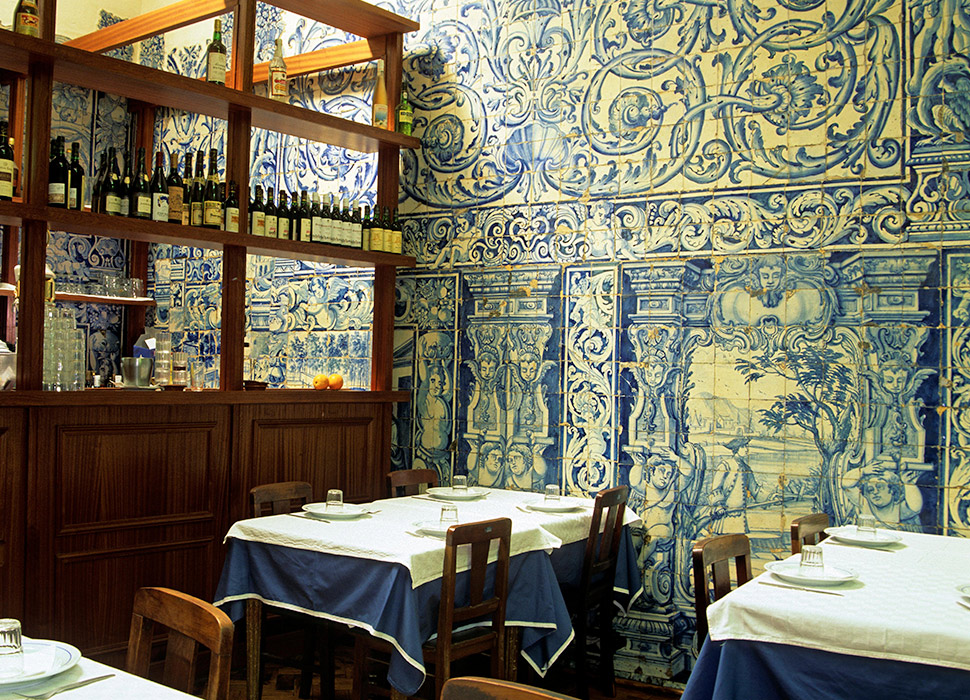 There’s simply nowhere in Lisbon quite like Casa do Alentejo, a wildly ornate architectural gem that serves as the headquarters for the Alentejo Association. Boasting a candy-coloured Moorish courtyard, chandelier-encrusted ballroom and dining rooms studded with azulejos (painted tiles), it’s as much about the setting as the food here. And the grub at the on-site restaurant is as elevated as the decor, serving specialties from the Alentejo – a wild, beautiful and rugged region in southern and south central Portugal with a cuisine all its own. Try the bread- and pork ribs-based migas à alentejana, one of the region’s most succulent specialties.

Think of frango piri-piri chicken as the Portuguese Nandos. In Lisbon, you’ll find a churrasqueira (barbeque restaurant) serving this classic chili-spiced bird – which has roots in Angola and Mozambique – in just about every neighbourhood. Restaurante Primavera is a local institution; go ‘picante’ for extra spice, and enjoy with rice or chips. 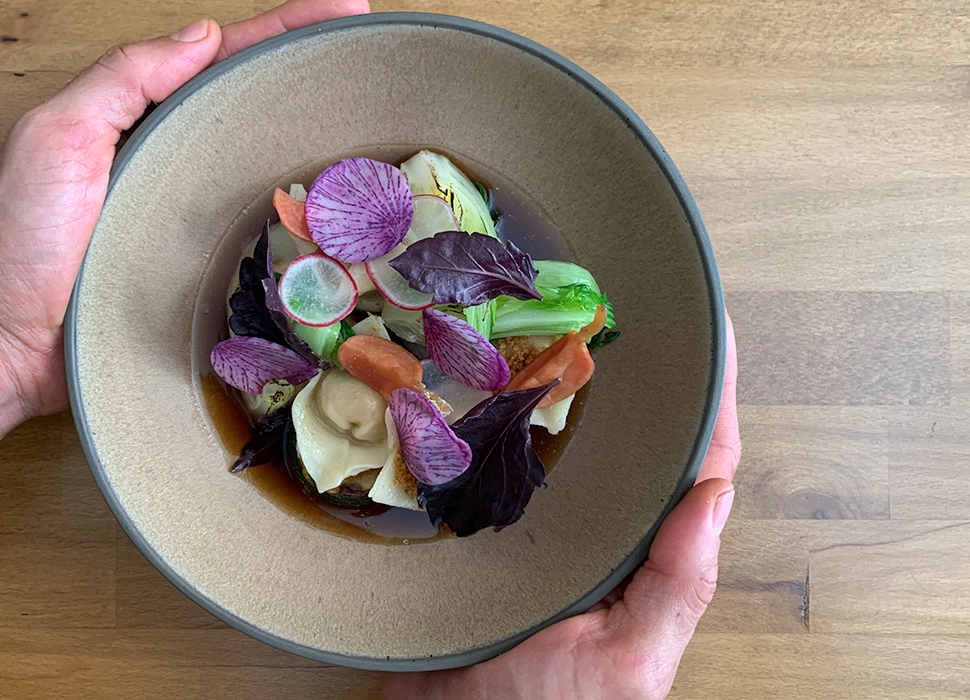 Haute veg is the name of the game at Arkhe, which takes local produce and wrangles it into high-minded, arty dishes. It's co-run by chef João Ricardo Alves and recent recruit Alejandro Chávarro, who ensure the menu changes with the seasons and promises the tastiest bounty the area has to offer; a recent autumnal pick paired kimchi tortellini and kombu seaweed dashi with just-picked veg. For an effortlessly cool and meat-free meal, this is the spot.

Chutnify’s tongue-sizzling specialities are a little taste of street food traditions in South India. Debuting in Berlin before setting up shop in Portugal, its Lisbon location in the Principe Real neighbourhood pops with burnt-orange walls and a similarly flashy colour palette in its dishes. The dosas steal the show – light, crispy and always with a generous amount of filling. The craft cocktails are worth a mention as well, particularly the tamarind margarita. 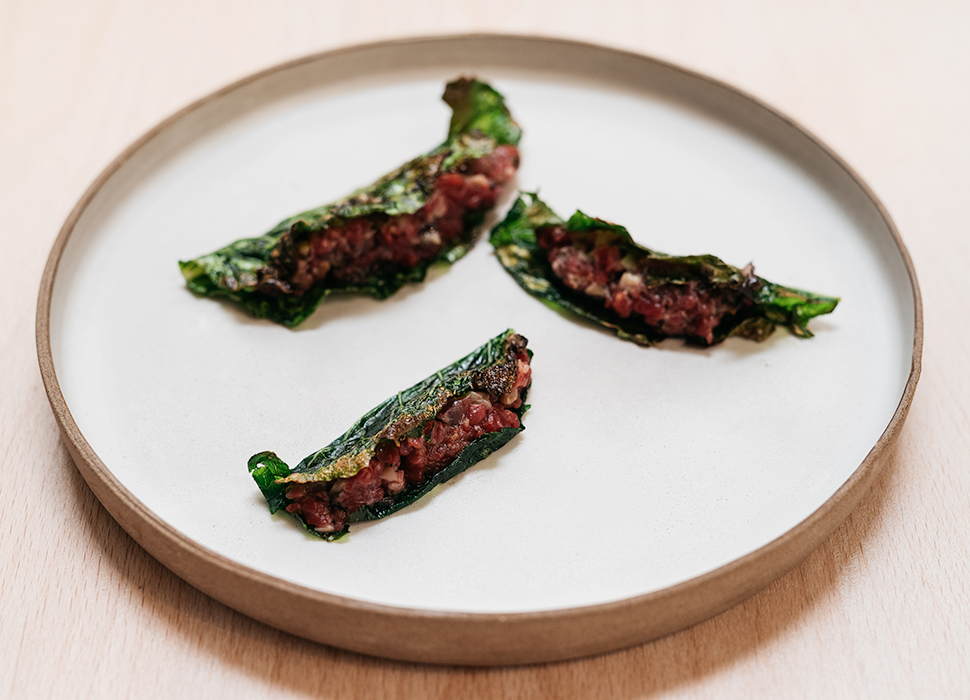 Make plenty of room for the outrageous portions at this Mouraria institution. A typical neighbourhood tasca (tavern), Zé de Mouraria serves traditional Portuguese dishes, like the bacalhau assado (baked salt cod) or on the restaurant’s celebrated classic, arroz do pato (duck rice). Go for a drawn-out lunch and clear the rest of your afternoon – you'll need it to digest. 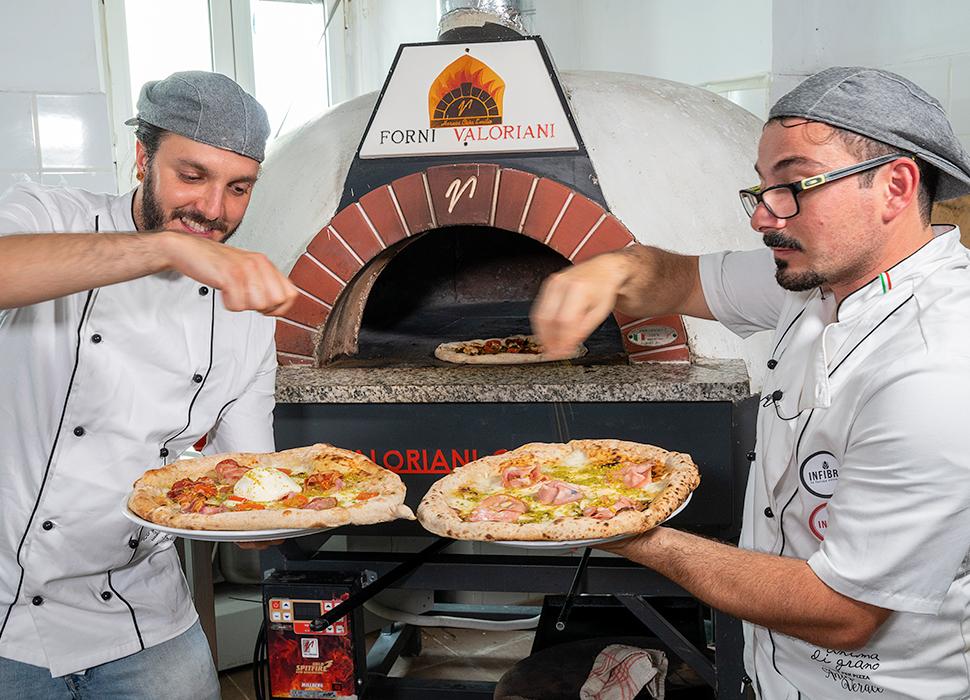 Get your pie hot out the oven

Finding the best pizza in every new city is a holiday rite of passage for any pie lover. For a supreme molten slice, head to Retrogusto84. From its home in the buzzy Anjos area, this casual Italian dishes up doughy delights with delectable toppings like pistachio cream and a variety of vegan options. Order an Italian beer to wash it down and don't skip the crispy, heavenly cannoli for dessert. 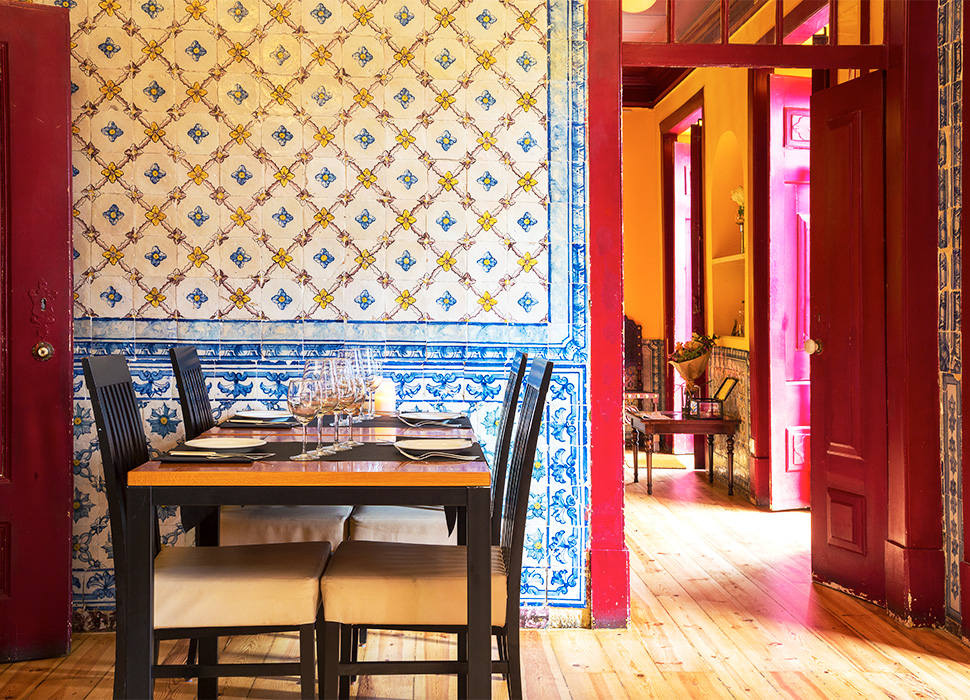 Housed in a charming 18th-century mansion with an open courtyard, visiting Clube de Journalistas feels a little bit like walking into a mystery novel. The restaurant’s intricate warren of rooms only adds to the Agatha Christie-style intrigue, while the food thrills with inventive flavours. Brazilian chef Ivan Fernandes conjures unique flavour combinations like egg and bacon pudding with orange caramel and ginger. Go here if you like your dinner with a dose of drama.

Chef Nuno Mendes made his name in London, at first with the lauded Viajante then celeb magnet Chiltern Firehouse. This is his first project in his native city, and it's a success all round – on the top floor of the beautifully restored Bairro Alto Hotel, he's brought his signature style to his homeland, with technique-heavy dishes that seem deceptively simple until you taste them, with whispers of Portuguese tradition in every forkful. He oversees the whole food and beverage operation in the hotel, so for a taste of his culinary genius on a budget, visit the handsome ground-floor patisserie for an epic custard tart. 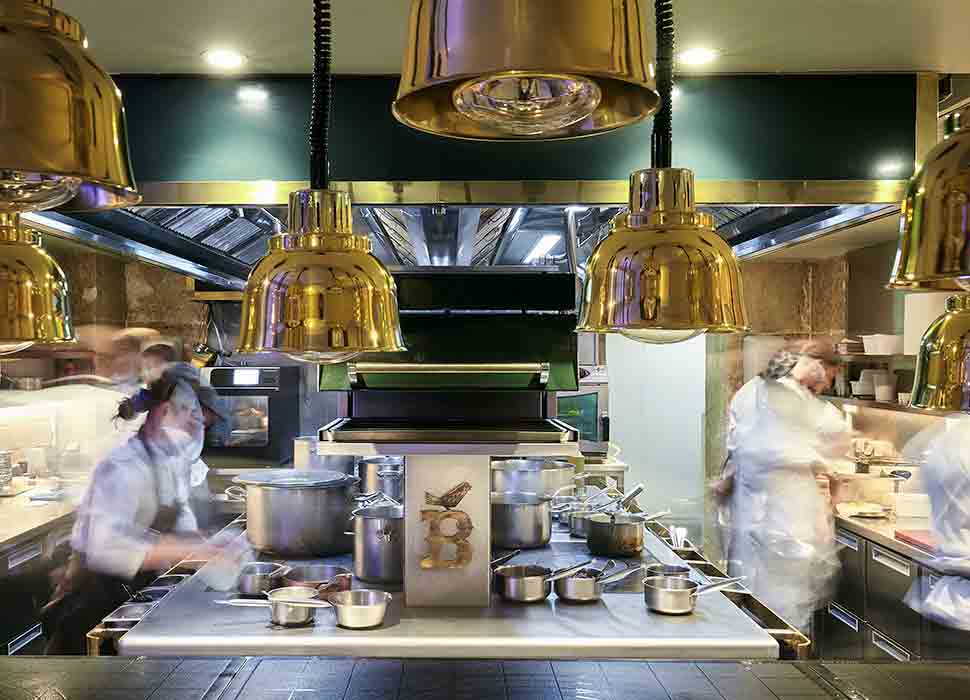 José Avillez is one of Portugal’s most celebrated chefs and restaurateurs, and Belcanto is his original launchpad. This Chiado restaurant, which has been around since 1958, was spruced up in 2012 and turned into the two-Michelin-starred outfit it is today. The concept here is contemporary Portuguese cuisine that gives much-loved classics a fine-dining refit, with high-minded, wordy dishes like the ‘The garden of the goose that laid the golden eggs’ – a starter of eggs, mushrooms and crunchy bread.

Located at the always-busy Mercado de Arroios, this Middle Eastern restaurant is an initiative started by the Associação Pão a Pão, an organisation that helps integrate migrants. Largely staffed by Syrian refugees, this unassuming spot serves made-for-sharing dishes like creamy hummus, crispy falafel, and smoked rice with bell peppers (kebseh), or a fragrant chicken tagine you can keep to yourself. Don’t miss the delightfully smoky baba ganoush, which goes down a treat with glass of homemade mint-infused lemonade. 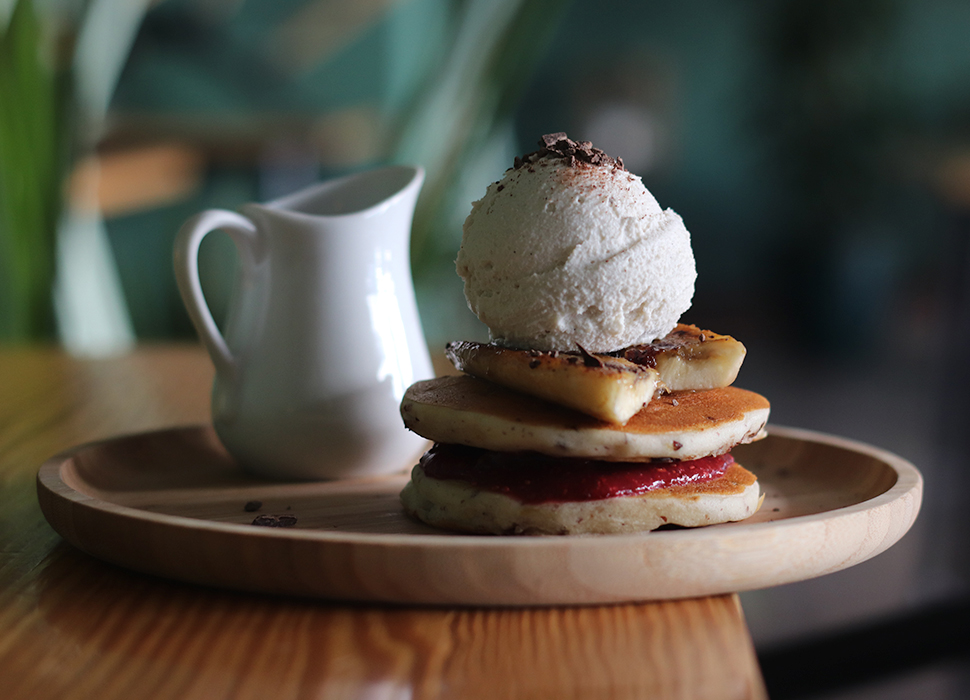 Opened in 2018 by vegan chef and founder Catarina Gonçalves, this meatless, plant-adorned restaurant prides itself on its sustainable approach to cooking, offering an array of colourful and frequently gluten-free dishes. Don't miss the vegan cheese board – the restaurant even produces its own fermented cashew cheese on site. But it’s the dessert menu here that will really win you over, particularly O Botanista’s homemade hazelnut ice cream.

These are the places you should book for this summer