Cast away on idyllic islands near Faro

Gateway to the Algarve, it’s no wonder Faro is such a popular place for sun-seekers. This prime strip of Portuguese coastline has the bronzing x-factor with around 300 days of sunshine a year. Its cliff-backed beaches are some of the best in the world, but who doesn’t love a castaway island vibe? Here’s a rundown of the loveliest waterborne hangouts near Faro.

Wholly unspoiled Ilha Deserta – also known as Ilha da Barreta – proudly boasts a total of zero permanent residents, and some 7km of pristine – albeit totally unshaded – sandy beach. So by all means come and enjoy the silence, but remember to bring a parasol. It's a 45-minute ferry from Cais das Portas do Mar. 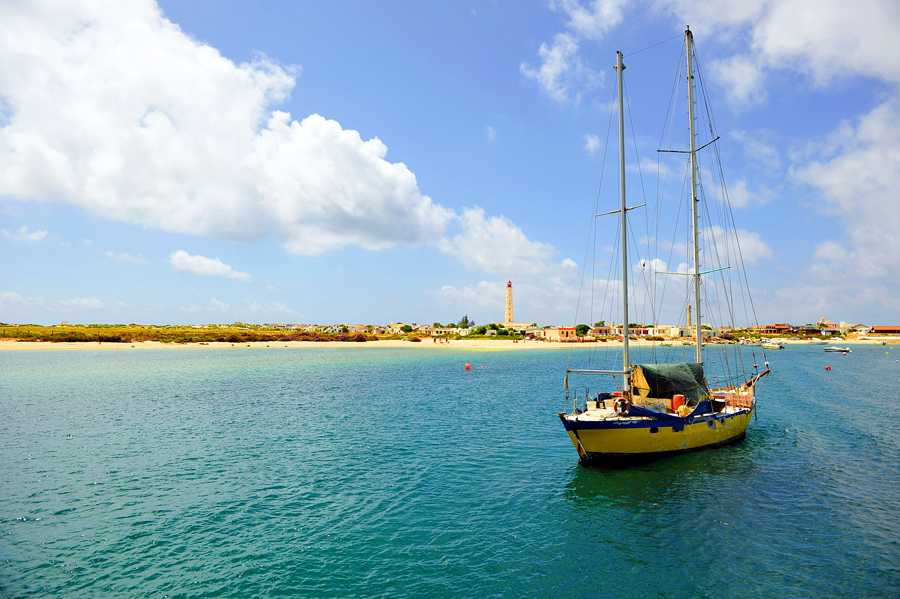 From a distance, Ilha da Culatra doesn't look like much: a big sandbank with some houses plonked at the end but, up close, it's pretty as a picture. With no paved roads and only two small villages – how’s that for a little peace and quiet? – it has a . Access is only by ferry, but when you do make it, there’s a cute lighthouse and a lagoon for birdwatching. It takes 30 minutes to get here from Olhão. 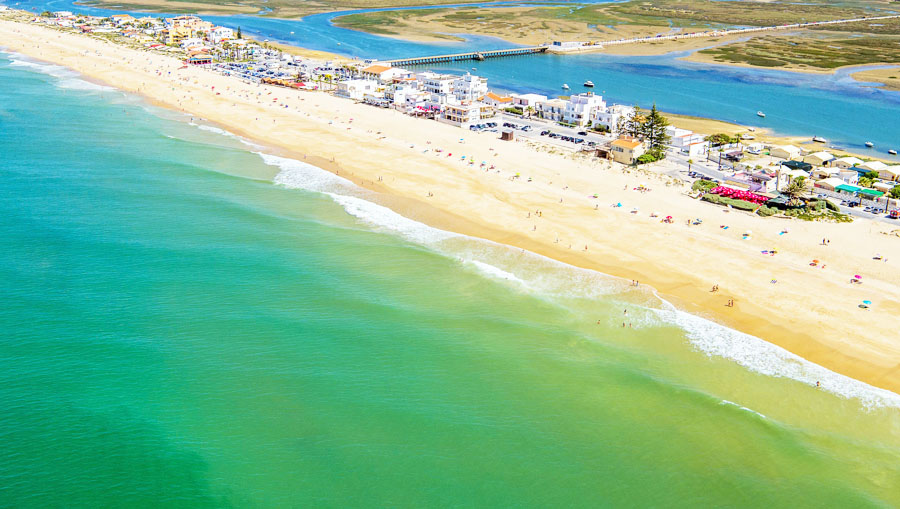 Praia da Ilha de Faro – situated, handily, just a quick hop from the airport – is by contrast brimful of bars, villas, lively watersports and party people dancing away from late afternoon onwards. Definitely not one for taking it slow. To get here, it's only 15 minutes by car from Faro Airport.

The one for nature lovers

Ilha de Tavira, accessible by ferry or floating bridge, is a popular breeding spot for flamingos and countless other species of birdlife who enjoy the optimal conditions here, between pine forest and cool Atlantic lagoon. There’s also a nudist beach, one of the best-regarded in Portugal. It's a 10-minute ferry from Quatro Águas terminal in Tavira.

Easygoing Ilha da Fuzeta is accessible by train, or a brief ferry hop from the mainland if that floats your boat. Caribbean-white beaches are well served by restaurants and public toilet facilities, and the beach slopes gently into the water so parents can take it nice and easy. Get here via a 25-minute train ride from Faro Airport.