Obidos is a vision of white-washed walls and sleepy ruas / Image: 123rf

The best secret towns to visit in Portugal

Lisbon, Porto and the Algarve are all well and good – but for a more peaceful slice of Portugal you'd be well advised to check out one of the country's lesser-known (and equally dreamy) locations

Obidos is a vision of white-washed walls and sleepy ruas / Image: 123rf 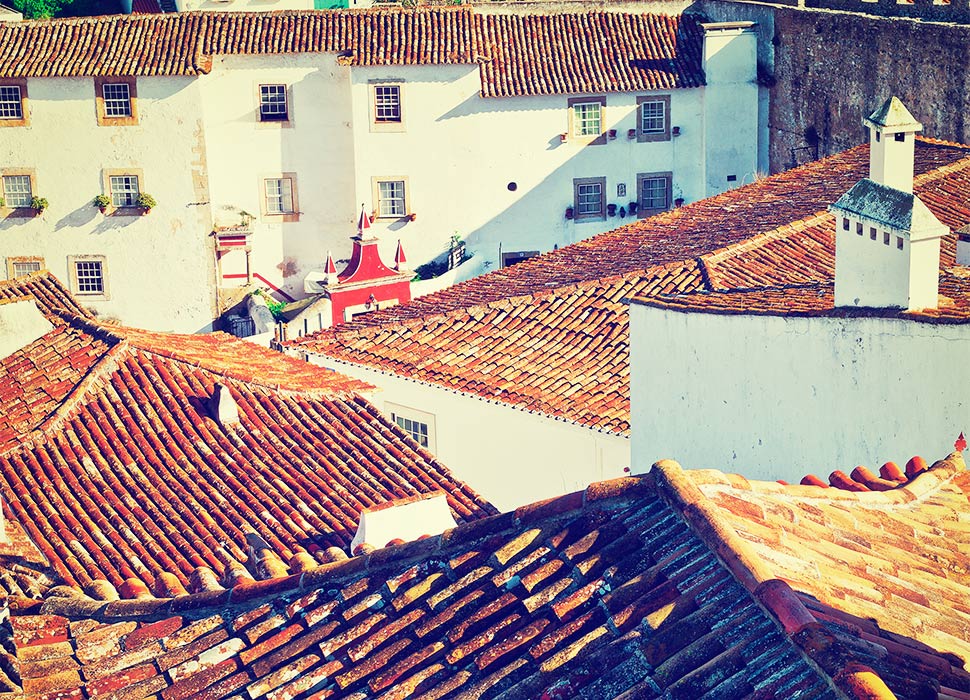 A beautiful, stuck-in-time hilltop town on Portugal’s Atlantic coast, the popular but uber-pretty Obidos is known for its fragrant, bougainvillea-draped cobbled streets, whitewashed houses, medieval walls and Moorish castle. A pleasant hour-long road-trip out of Lisbon, it doesn’t always feel under the radar but, even so, its unerring loveliness is well worth the schlep for time-strapped weekenders looking for a quick there-and-back fix. Plus, it’s easy to escape the throng in its maze of quiet ruas. Don’t forget to try the local speciality of ginja – a heavenly cherry liqueur sipped from a chocolate cup. 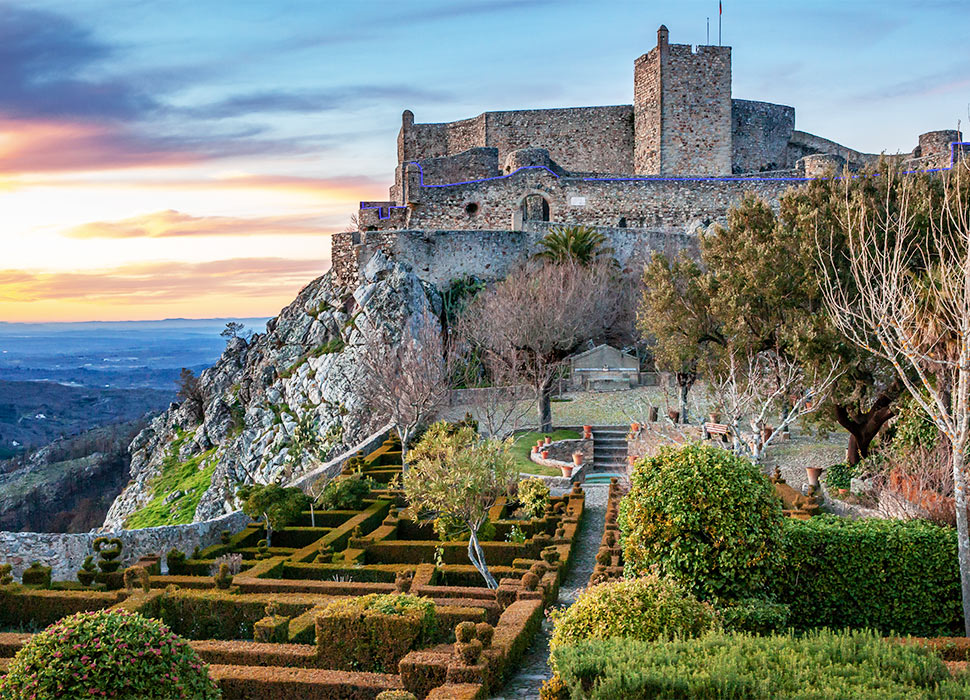 With stunning views of the surrounding Serra de São Mamede mountains, the remote hilltop citadel of Marvão – close to the border with Spain – is widely considered to be one of the most beautiful, time-forgotten townlets in Portugal. As it's over two hours' drive from Lisbon, it’s well worth staying a night or two. Standing high above the Alentejo plains and taking in the sunset from the Castelo de Marvão's medieval ramparts is a rewarding experience. Chances are, you’ll have them all to yourself, too. 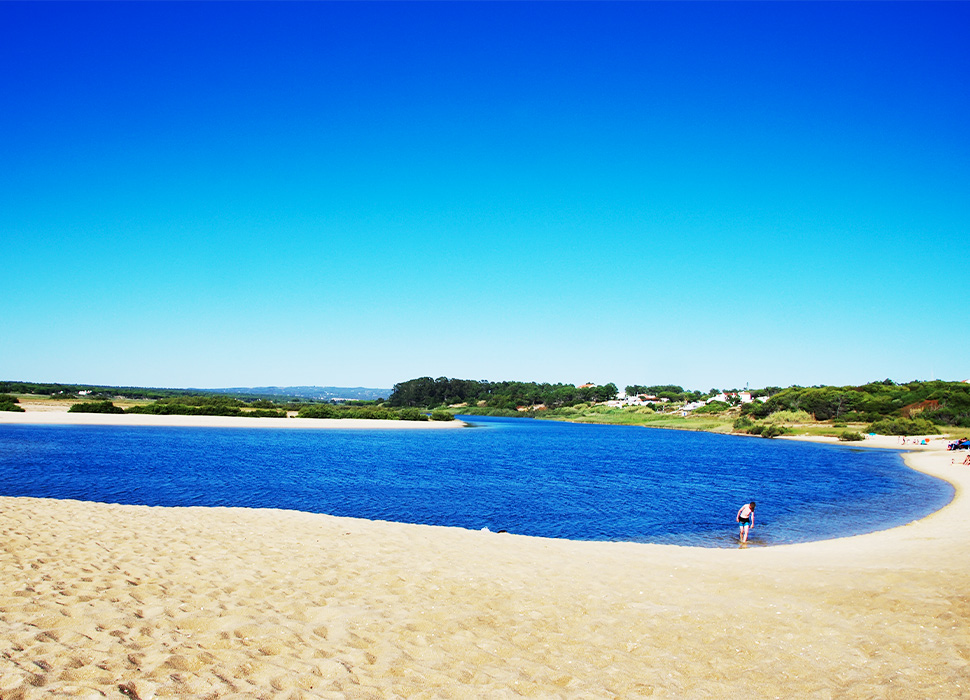 There's more to Melides than a beach – though that's great, too / Image: 123rf

Savvy travellers may have already heard of the chic seaside town of Comporta, just south of Lisbon (Madonna is a fan). Less well known is the artsy enclave of Melides, a cooler-still hamlet set on the same 90-mile stretch of wild Atlantic Alentejo coastline. The beach is a draw, of course – but this place also has a low-key creative community, contemporary galleries like Melides Art and lovably no-frills restaurants like O Melidense – a vegan-friendly, traditional Portuguese joint that maintains a devout local following. When they turn up, that is; don’t expect a crowd, even in high summer. 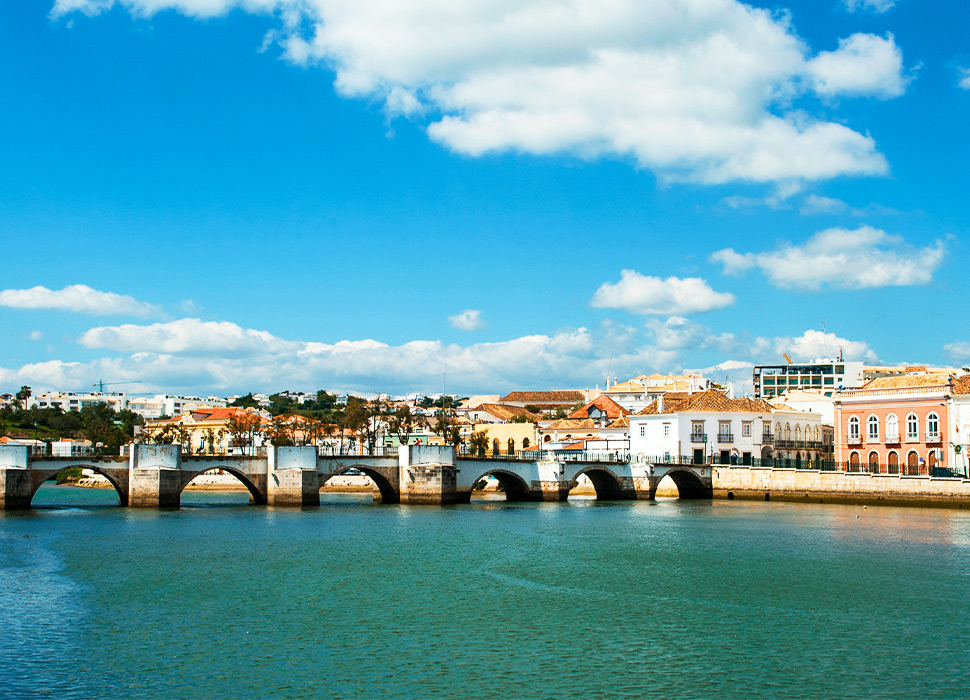 The Ponte Romana is one of two bridges in Tavira / Image: 123rf

An easy half-hour drive from Faro, the so-called 'Venice of the Algarve' is, surprisingly, known for its waterways. Unlike much of the region, it's also been largely untouched by tourism over the decades. Even now it feels far removed from its surroundings – expect quaint, 17th-century buildings lining the Gilão River, neighbourhood restaurants and friendly bars thronging with locals. There are delightful historic sites like the 11th-century Castelo de Tavira to visit, or you can take a ferry out to Ilha de Tavira, across from the quiet fishing town of Santa Luiza and possessed of one of the Algarve's most knockout beaches. 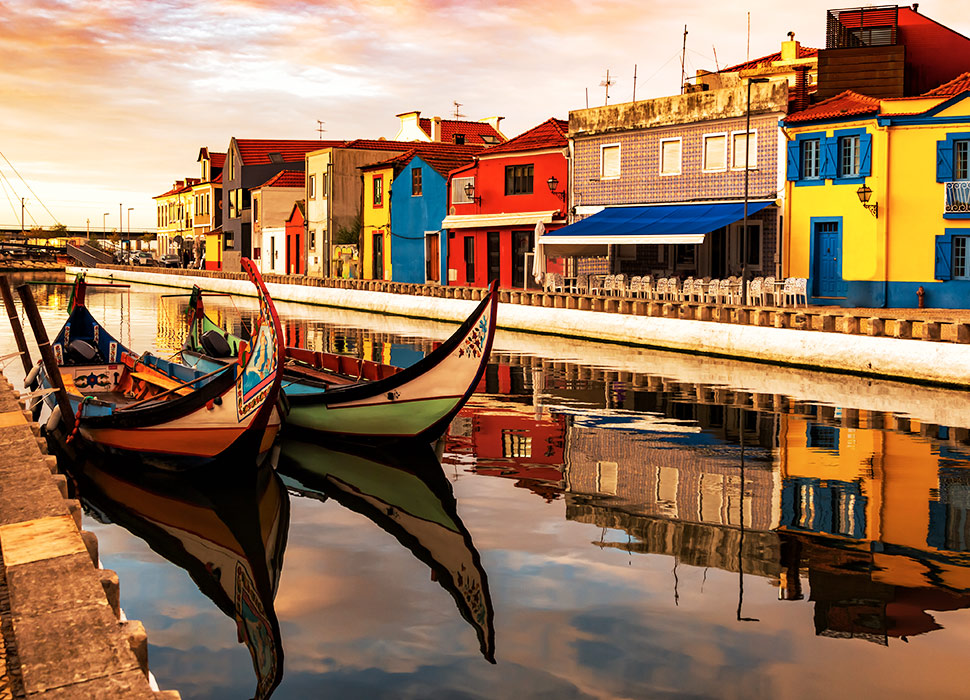 Aveiro is like a toytown Venice in miniature / Image: 123rf

Just south of Porto, the self-styled 'Venice of Portugal' – yup, another one – is set on the Ria de Aveiro estuary and is known for its canals and moliceiros: tastefully colourful gondolas once used to harvest seaweed in the nearby coastal lagoon. So, sure, take a boat trip, but also make time for wandering the city’s beautiful narrow streets. Or rent a bike from one of the 20-odd BUGA – that's Aveiro's free cycle-share scheme – posts and head out to the lagoon to eyeball wild birds and remote Atlantic fishing villages. Either way, don’t forget to try the local speciality of ovos moles (sugared egg yolks in pastry). 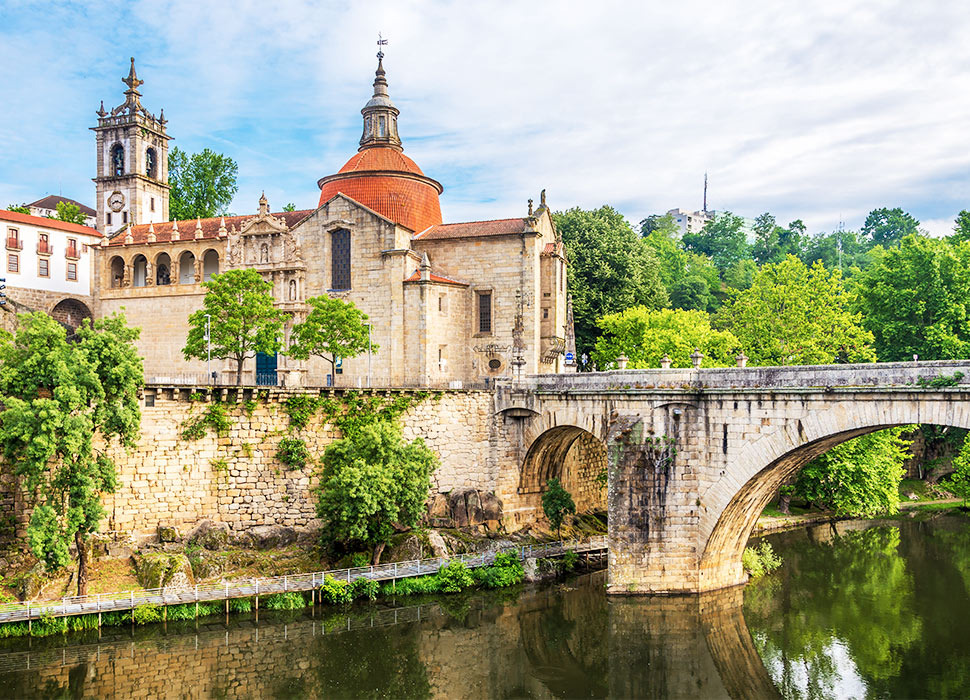 This inland town is home to one of the dreamiest bridges in the country / Image: 123rf

An hour or so inland from Porto, totally gorgeous Amarante is set on the beautiful River Tâmega and is best known for its fairytale bridge (the Ponte São Gonçalo), riverside cafés and restaurants that specialise in local pastries, and a top-drawer contemporary art museum. Not far out of town you'll find endless wineries that specialise in both local vinho verde and epic views of the Serra do Marão mountains. For the solid-thighed, there's also the Ecopista do Tâmega, a 42km cycle track that ends up in Arco de Baúlhe; while for overnighters, the glorious Casa da Calçada is well worth the splurge. 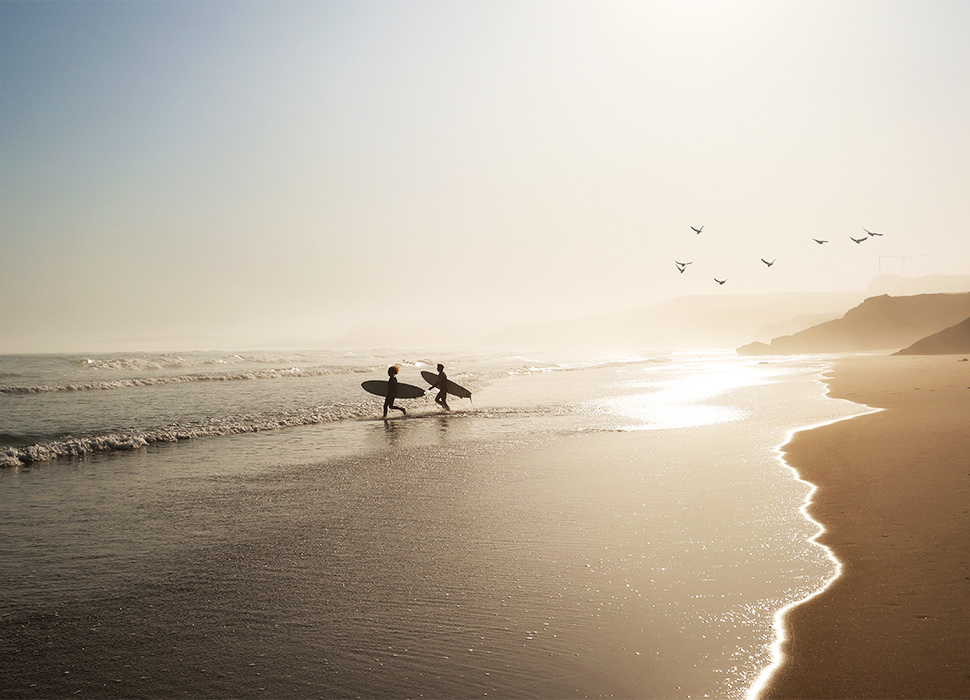 You absolutely can catch a break on this heavenly stretch of coast / Image: 123rf

This tiny fishing hamlet on Portugal’s Atlantic coast would probably remain under the radar if it weren’t home to the world’s largest waves. Surfers come from all over to take on the most dangerous swell on the planet and, heck, is it a sight to behold. If that’s of zero interest, don’t fret: there’s a beautiful, crescent-shaped, golden beach, and a traditional fishing hamlet with restaurants that do fresh-as-it-gets seafood. Still, Nazaré might be at its most vibey when the world’s surferati come to town between November to March. Check the World Surf League for more info. 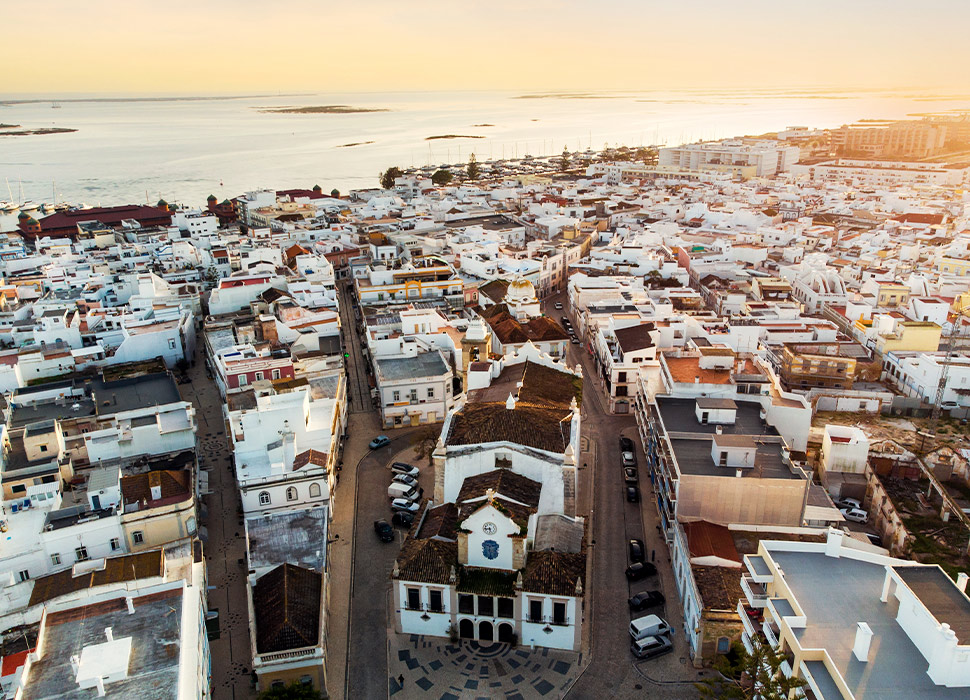 Much like Tavira (see above), the charm-to-spare Algarve fishing town Olhão retains an old-world feel quite different from anywhere else on the Algarve. Just 15 minutes from Faro, there’s a cute, villagey feel with a large fish market that means the residents here eat some of the freshest seafood in the region. Lunch on Portuguese classic clams à bulhao pato (with lemon and garlic) before heading out to the amazing Ria Formosa National Reserve. Or take a quick water taxi to one of two car-free islands: Armona, for its beautiful beach, or Culatra (population 700) for its super-remote, edge-of-the-world-like calm. 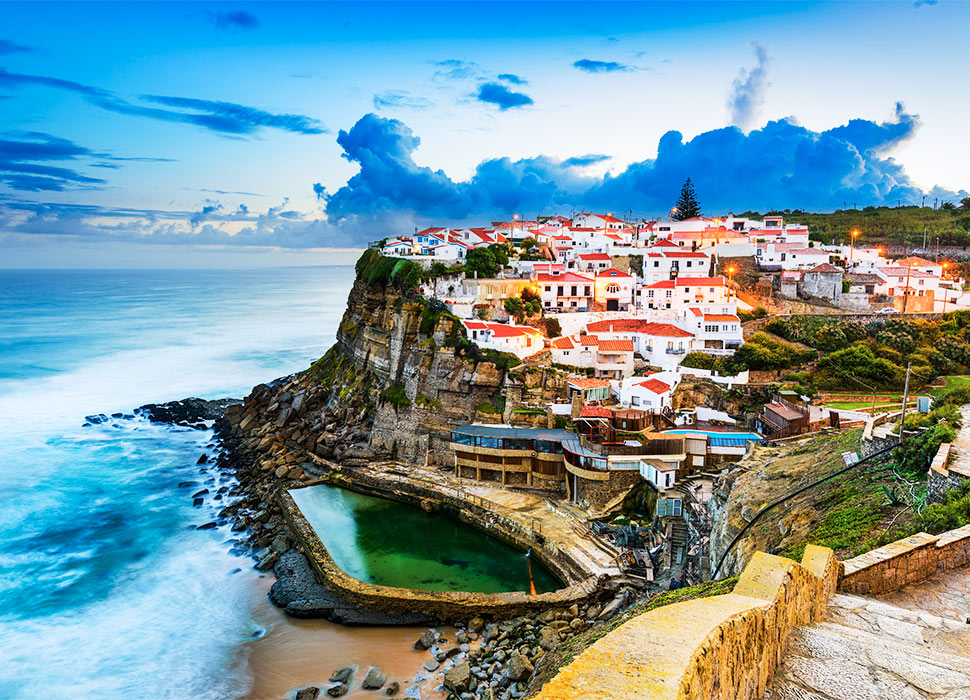 Sintra's no secret, but there's plenty for the crowd-averse too / Image: 123rf

OK – Sintra is no secret but who cares, it’s gorgeous. Sure, you won’t have it to yourself but, even so, this resplendent mountain town just south of Lisbon has a colour and a vibe that’s all its own. Plus, it’s not just the well-known – but, to be clear, still very worthwhile – heritage sites of Pena National Palace and the Castle of the Moors you should be seeing. To pare things back a bit, make for the buzzy, gourmand-pleasing town itself, plus the boundless natural beauty of its otherworldly, away-from-it-all Sintra-Cascais Natural Park and beaches like the justifiably beloved Praia da Adraga. 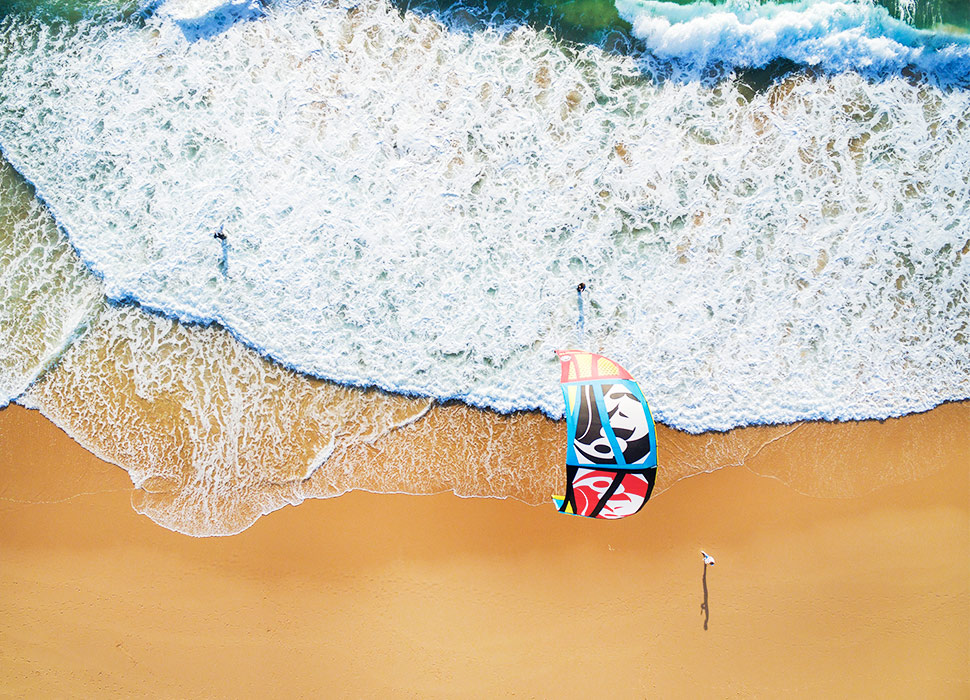 Make a bigger splash at this Sintra alternative / Image: 123rf

Not sold on Sintra? Then consider this lower-key alternative around 40 minutes' drive from downtown Lisbon. It's known as the 'Portuguese Riviera', and the epic beaches here are a big draw: think Praia da Adraga for untamed, wild beauty or Praia do Guincho for its surf scene. Trekking is also a thing here: Walk Hike Portugal offers several hikes that take in the ridiculous beauty of Sintra-Cascais National Park. Or stay central and hit up the brilliant Casa das Histórias Paula Rego art museum. When night draws in, seaside charmer Villa Cascais is where to splash out on an overnight stay.