When he was three, Stuart Heritage went on the perfect family holiday. We sent him back to the Algarve over three decades later to recreate the magic. If only his dad could remember where they stayed…

My family’s first foreign holiday took place 35 years ago. My mum had just found out that she was pregnant with my younger brother and, in a rare fit of spontaneity, Dad booked us a last-minute week in the Algarve to celebrate. The hotel was chosen. It was Mum’s first time on a plane. I was three years old.

But that was a long time ago. My mum died last year and now I have a three-year-old of my own, so the idea of recreating this first holiday – rediscovering the Algarve for myself, while seeing it through my son’s eyes – was irresistible. I’d even take my dad along, I decided. Just us. Me, Dad and Herbie. Three generations of Heritages, recreating happy memories. 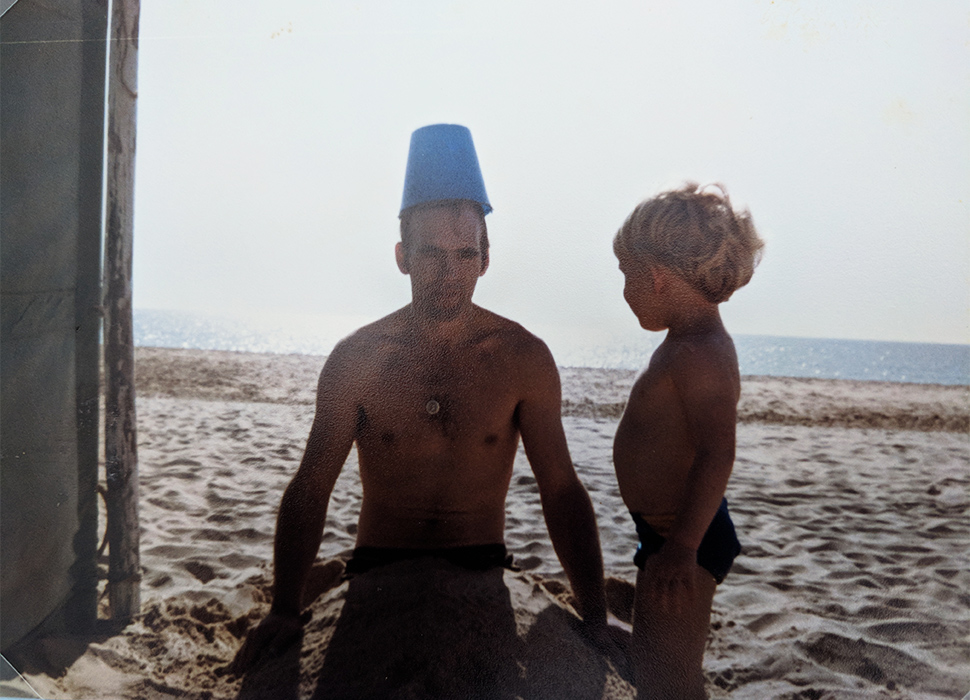 Stuart and his dad having bucketloads of fun on their holiday in 1983 / Image: Stuart's mum

There was one problem, though. The memories might have been happy, but they weren’t exactly specific. Can I remember fizzing with excitement about getting on a plane? Yes. Can I remember feeling totally up for it being abroad? Yes. Can I even remember spending an afternoon talking to a boy whose entire vocabulary consisted of the word ‘toast’? Yes. But the name of the hotel we stayed at? Not so much.

Meanwhile, Dad was legitimately useless. “Which part of the region did we stay in?” I asked him over the phone one morning. 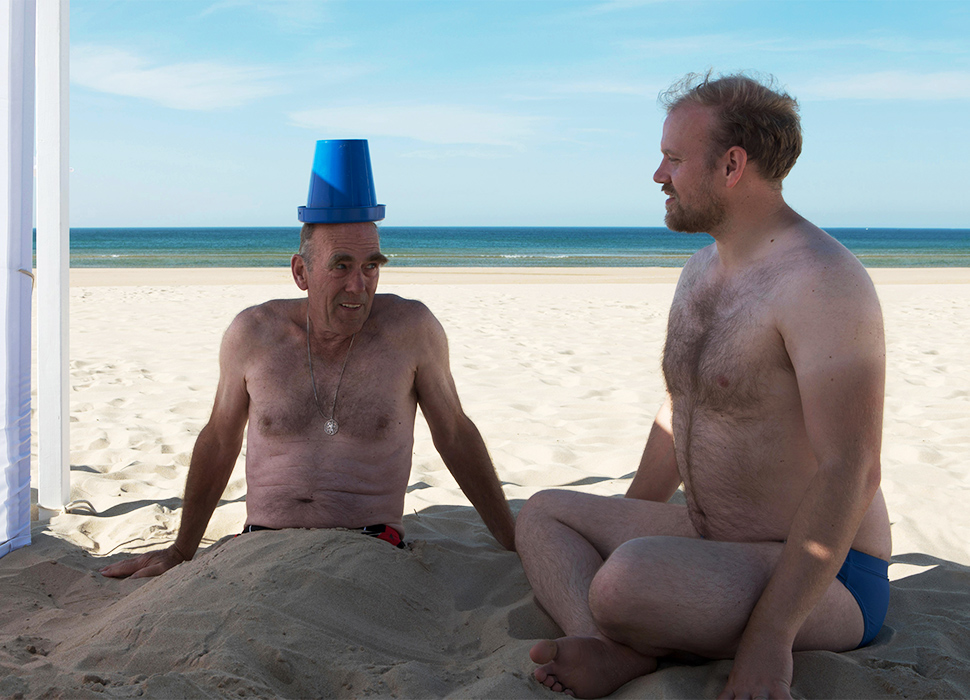 I pulled up Google Maps and started to explore the area. “Was it the Guadiana?” I asked.

“Is that the river that separates Spain and Portugal?” he asked.

“Yep. The nearest town to that is called Monte Gordo. Ring any bells?”

Dad paused. “Not really,” he said. “Look, here’s what I can remember: we had a window that looked out over a building site and the couple next door had really noisy sex all week. Is that any help?”

It wasn’t. Quite a lot of the Algarve looked like a building site in the early 1980s. That’s when, right in the middle of the package-holiday boom, hundreds of hotels were flung up in a hurry, transforming what had once been a sleepy little backwater into Tourism Central. Plus, I’m sure that people enjoy noisy sex all up and down the Iberian peninsula.

Screw it, I think. Let’s just go to Monte Gordo. It looked warm and safe and clean, and I reasoned we could do a lot worse. Plus, in my research, I found a 55-year-old photo of Ingrid Bergman relaxing on Monte Gordo beach, wearing a bikini so skimpy that she ended up being fined the equivalent of €12 for it. That’s a good enough reason to visit somewhere, right? 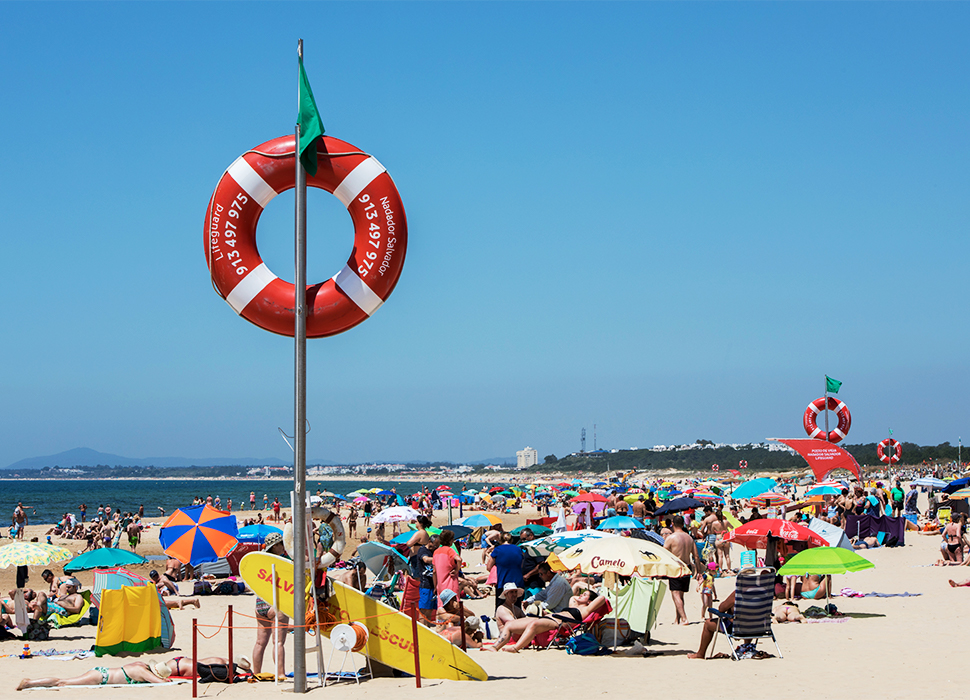 Dad’s memory remained frustratingly unjogged when we arrived in Monte Gordo, too, possibly because Monte Gordo has become unrecognisable since our original visit. The town has always been interested in servicing the whims of tourism – it’s had a casino since 1934 and a grand hotel since 1960, both there to entertain a pre-revolution influx of aristocrats and celebrities – but now the skyline is dominated with modern hotels. If you’re ever in the market for a hot dog or a bucket and spade, or a knock-off Paw Patrol beach towel, you’d be very much in luck here.

But the beach. Oh, God, the beach. This is why people have always come here. Monte Gordo Beach is vast and clean and white, and surrounded by a national forest. Wander eastwards for just a few minutes from the edge of town, past the boardwalks and parasols, and all the noise suddenly drops away. You find yourself surrounded by trees and dunes and wildlife – there’s a large chameleon population – situated right next to the warmest seas in Portugal. Keep walking for a couple of miles and you’ll come to the Guadiana. Cross that and you’re in Spain. This is the river with the cruise my parents must have taken me on back in 1983.

We decided against the full-day excursion this time, however, as I didn’t think my son would cope with being cooped up in one place for so long. Which is something that had never occurred to my parents, admittedly, leading me to believe that I was either a much better behaved toddler than my son or my dad wasn’t the colossal pushover that I’ve clearly grown up to be. 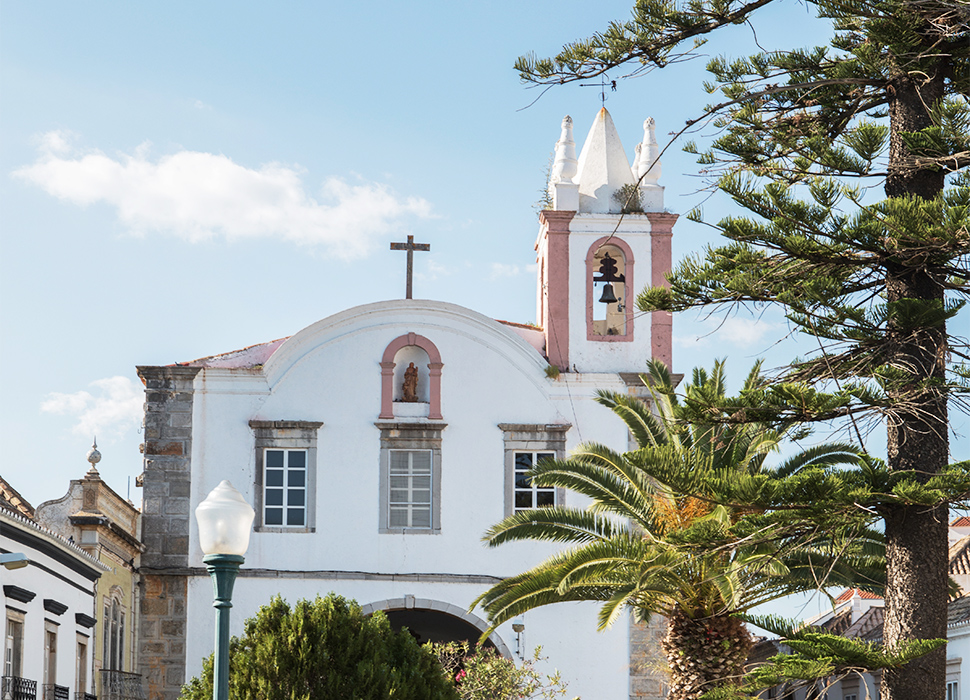 Taking a step away from the tack in quaint Tavira / Image: Celia Topping

Instead, we ventured west to Tavira, a neighbouring town 20 minutes’ drive away. Tavira has a sense of history that Monte Gordo doesn’t – it’s a gorgeous old town, with open squares and Roman bridges, and quaint little churches everywhere you look. It also has a beach, accessible by a 15-minute ferry ride past flocks of white flamingos. Tavira Island is dotted with shack-like restaurants and the smell of wood smoke lingers. There’s a campsite here, and the place manages to hit the sweet spot between ‘idyllic’ and ‘kid friendly’ so perfectly that I’m already lobbying my wife hard to return with the whole brood next year.

This is all fine, except my dad still couldn’t remember any of it.

And then, all of a sudden, he could. One morning, as I was larking around in the pool with Herbie, Dad sat up straight and said, “Wait a minute, that looks familiar.” He stood up and pointed towards a white hotel with a red roof across the road from us. This was the Vasco da Gama, the Algarve’s first grand hotel, the place where Ingrid Bergman stayed. “Do we have any photos?” he asked.

We did. This may sound silly, but ever since Mum died, I’ve carried an entire library of old photos around with me on my phone: photos of the family, and all the trips we took and all the things we saw, including our time in Portugal.

I got out of the pool, dried my hands and swiped my phone open. Sure enough, there it was. A picture of me frolicking on white sand in front of a white hotel with a red roof. Could it be?

The more we looked, the more it became clear: this was definitely the place. The ornamentation on the roof was identical. The windows were identical. The markings on the wall were exactly unchanged. It was the Vasco da Gama. It couldn’t be anything but.

And this meant only one thing: if my parents spent their holiday looking out over a building site in 1983, then we were staying in what that building site became.

We threw on some clothes and ran out onto the beach. Last time around, my parents took a photo of me by the sea, wearing a tiny pair of swimming trunks and looking happy as a clam. We found that photo and everything about it – the curve of the beach, the distinctive white building on the horizon – was identical. Good God, we were really there.

It was remarkable. We’d essentially thrown a dart at a map twice – first to guess the town and second to guess the hotel – and by total chance we’d managed to land slap-bang in the middle of our own footprints. 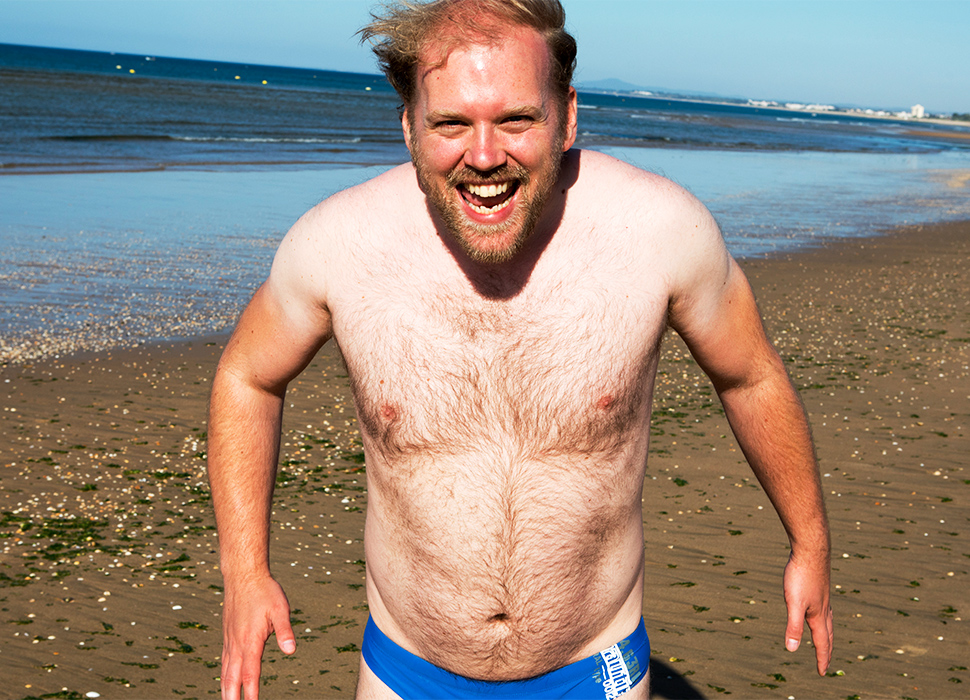 Stuart in the same spot (but not trunks), more than three decades later / Image: Celia Topping

I was suddenly overcome. Everything around me had changed in the years between visits. The town had altered beyond all recognition. My family had rearranged itself: I was the dad now and my dad was a granddad. My son was with me. My mother wasn’t. It was a weird, powerful moment that made my head swim and my mind reel.

There is very little to do in Monte Gordo. It has no real culture or nightlife, and nothing of interest seems to happen here. These days, it’s just a sandy, sunny, holiday town. In my twenties, I’d have bristled at the thought of returning, chafing against how family friendly it is. But now, in my thirties, with a three-year-old in tow, it was brilliant. Herbie spent the entire holiday giddy, overflowing with excitement at every new thing he saw and did. In all the photos I’ve taken of him, he shares the exact same delirious grin that I had plastered on my face 35 years ago. It’s uncanny. 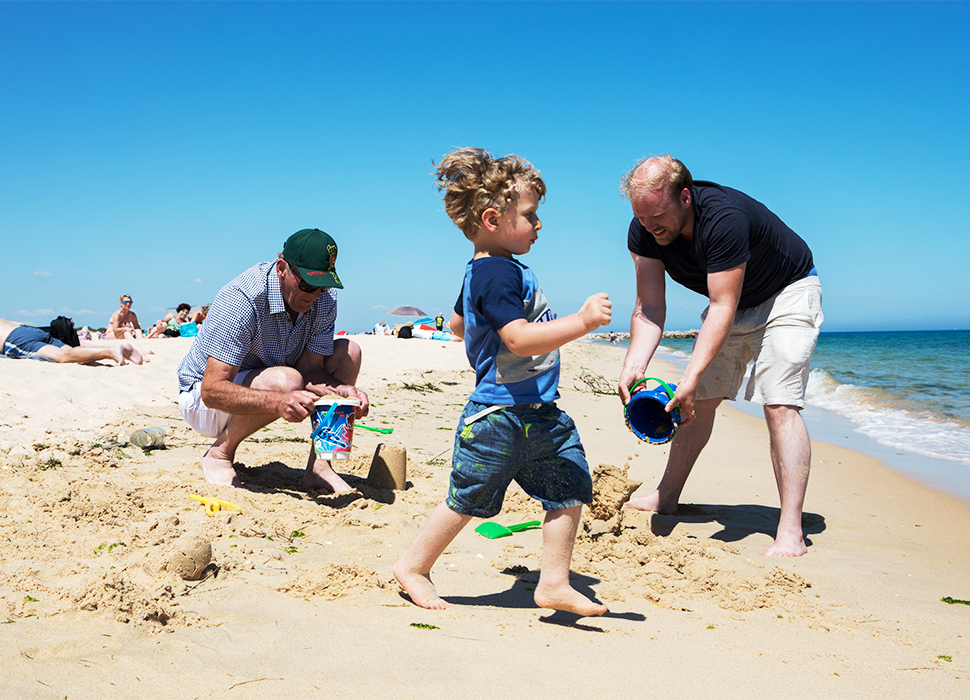 I can’t remember an awful lot about my trip to Portugal in 1983. Herbie probably won’t remember much about this trip. But that won’t stop it from having tremendous importance to my family now. Thanks to serendipity we got to play on a beach from three decades ago. So much time had passed, but for a few days, it was as if none had passed at all.