City-best vegan pierogi at No Bones / Credit: No Bones

The 7 best pierogi joints in Kraków

Anaemic they might appear, but the go-to Polish dumplings known as pierogi are one of the country's finest eats. Here are some of the best in Kraków

City-best vegan pierogi at No Bones / Credit: No Bones

Pierogi – dumplings, fashioned from unleavened dough, stuffed with a sweet or savoury filling – have been a staple of Polish cuisine since around the 13th century, when they were most likely imported from the Far East via Russia. Usually boiled, and often pan fried too, these tidy little morsels of deliciousness are an absolute must-try when you’re peckish and in the country. Here’s our pick of prime pierogi places around the beautiful city of Kraków.

The low season is the perfect time to hit Kraków – here's our winter guide to the city.

All shook up? Here's where to find Elvis Presley in Kraków. 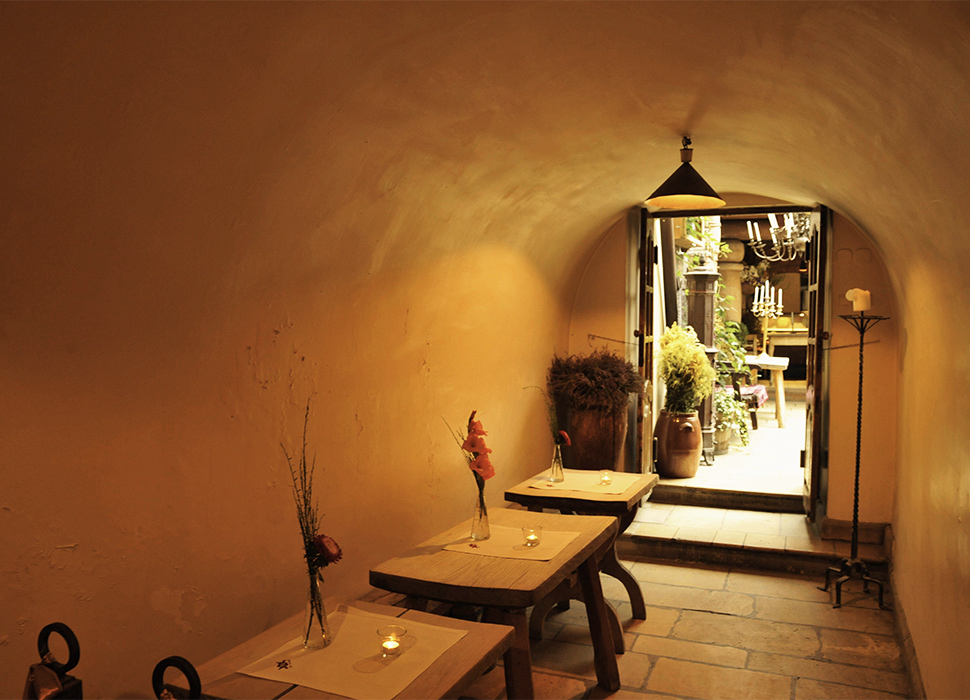 This upmarket spot is set in a Medieval cellar / Credit: Alamy

The name means ‘Under the Angels’ and there actually is something a wee bit divine about this posh pierogi spot set in a Medieval cellar. Get your chops around upscale ‘nobleman’s dumplings’ with mushrooms and cabbage, pan-fried in butter and onion. There’s also spinach and bryndza – that’s cheese made from sheep’s milk – available, or if you really want to push the boat out, the venison dumplings are heavenly, if a little deer. 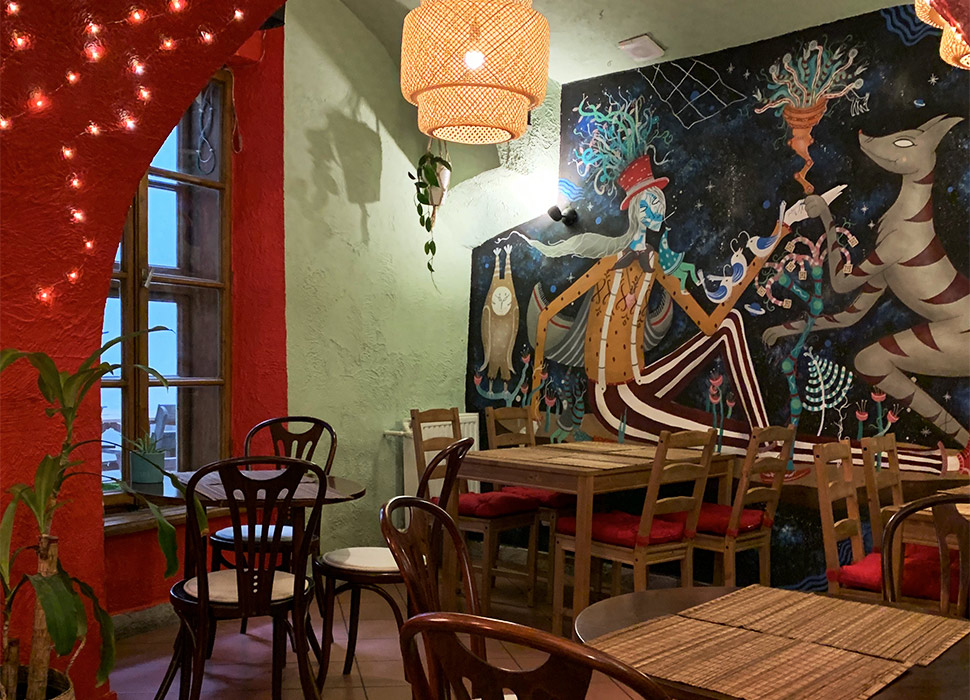 Quirky interiors at this vegan favourite

As the name implies, this is an all-vegan restaurant. Well located, a mere avocado stone's throw from the main square, No Bones is wildly popular with young locals who love their national cuisine but wish it involved a smidge less flesh. Its pierogi are strictly ‘seasonal’, so what you get varies from month to month – week to week, even. But to give an idea of the vibe, elsewhere on the menu they hawk things like a mean beetroot burger, and scrumptious bao buns with spicy tofu filling, peanut sauce and wakame salad. 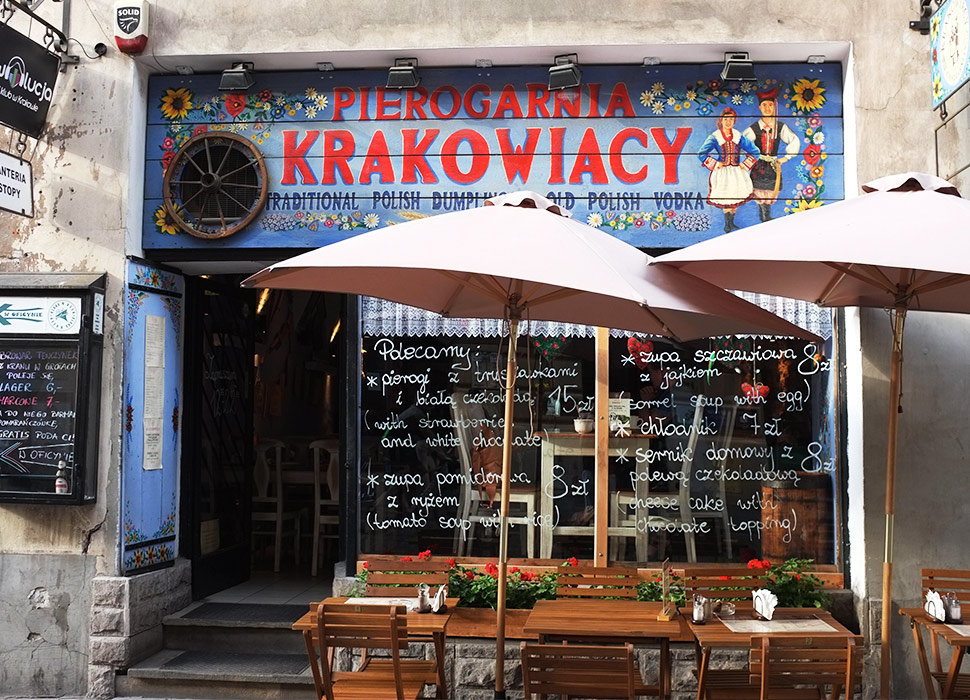 The name's a mouthful and so are the excellent dumplings

This traditional, proudly twee family restaurant – situated handily close to the main square – is a good illustration of just how versatile the pierogi scene can be. Behold: everything from the resolutely retro ‘Ruskie’, filled with potatoes, cabbage, onion and cheese; to more deluxe takes with duck and apple; and, for the sweet-toothed, a cherry- and mascarpone-filled dessert pierogi. It’s vegan friendly to boot, with a few mushroom options and even a saucy ratatouille dumpling.

This unfussy pierogi joint (once in the historic centre but now relocated somewhat out of town) doesn’t have all that much room inside, so don’t be too mad if you don’t get a seat. Takeaway is well worth it, especially as it's so cheap, with an option to order a dozen and mix-and-match the flavours. Special shout out to the spinach, cheese and garlic – get more than one – plus the vegan-friendly mushroom and lentil. And, as you’re getting a bunch, order two sweet options – we'd plump for blueberry and, for the grand finale, chocolate. 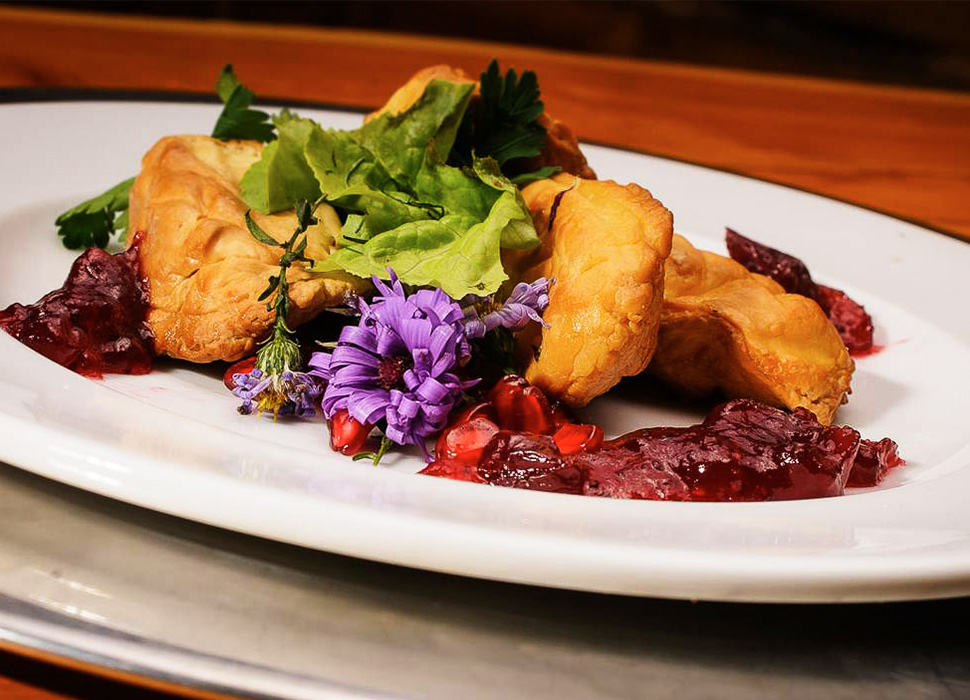 The name means ‘At Grandma Raspberry’s’, and the first thing you need to know about this delightful restaurant is they do huge, grandma-sized portions because they mean well and they love you. One of their venues – on Sławkowska – feels agreeably like a rustic forest cabin. The other – this one, on Szpitalna – leans into the geriatric aesthetic with doilies, old-fashioned lampshades and gilt-framed family photos. Mad portions, great cooking and it’s very, very cheap.

You can tell a lot about a pierogi place by how they jazz up their basic ‘Ruskie’. Here, at this date-night worthy spot, they mix the classic cottage cheese format with a dash of refined mint cream. Another fave is the chuck steak, with flavoursome cuts from the cow’s shoulder mixed with the obligatory caramelised onion. If you’re lucky there’s sometimes a Suska Sechlońska-brand smoked-plum pierogi on the specials board, made with nuts for added bite.

A chirpy and friendly little local chain, with branches in Bonerowska St, Krowoderska St, Rynek Dębnicki and more, doling out an exemplary line in quick, clean fast-food format pierogis. They’re hardly reinventing the wheel, but everything on the menu is solidly delicious, from the ‘student’ pierogi with potatoes and bacon, to the vegan with lentil and carrot, and a sweet strawberry option for dessert. They also do a mean cup of borscht – that’s beetroot soup. And a pierogi burger. You read that right.