Inside the mad, frenzied world of Polish speedway

In the 00s Poland took to speedway like no other nation, but it is the stories of the mechanics and not the illustrious riders that reveal the most about the sport’s home at the heart of modern Europe 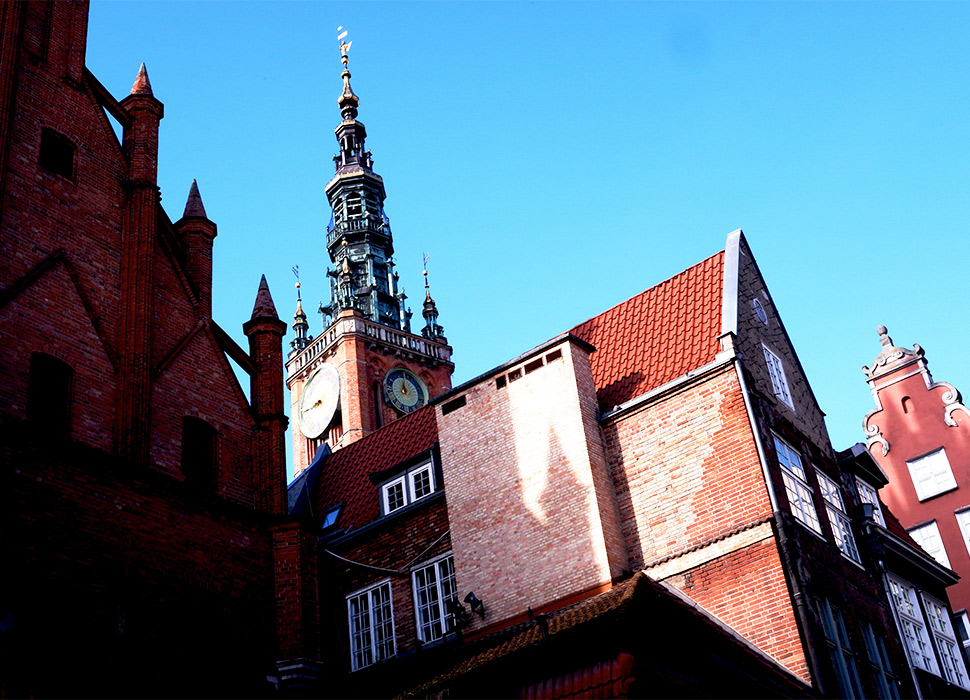 Once a year the Polish city of Toruń comes alive to the sound of 500cc engines and the lingua franca of bars and restaurants shifts to English, as orders are placed in Polglish for kiełbasa, Polish sausages, and piwo, or beer – a winning combination. Hundreds of speedway fans descend on Toruń from across Europe and the focus shifts from the UNESCO recognised medieval town and birthplace of astronomer Nicolaus Copernicus, to a shiny stadium outside of the city opened in 2009.

The smell of gingerbread, Toruń’s proudest food export, is displaced by the intoxicating whiff of pure methanol fuel. The city’s penchant for alfresco dining in the central Old Town square (which might bring to mind southern-European eating habits if everyone wasn't wearing scarves and coats down to their knees) gives way to late nights spent under the street level in dim lit bars.

Speedway is Poland’s national sport, proof of which lies in the vast number of spectators it draws in. In May 2022, 52,000 fans attended the Orlen FIM Speedway GP of Poland in Warsaw, while a staggering 6.6 million viewers tuned in over the weekend on Polish television.

Speedway is as Polish as pierogi, pączki, and Nobel Prize-winning authors and Toruń is its epicentre. 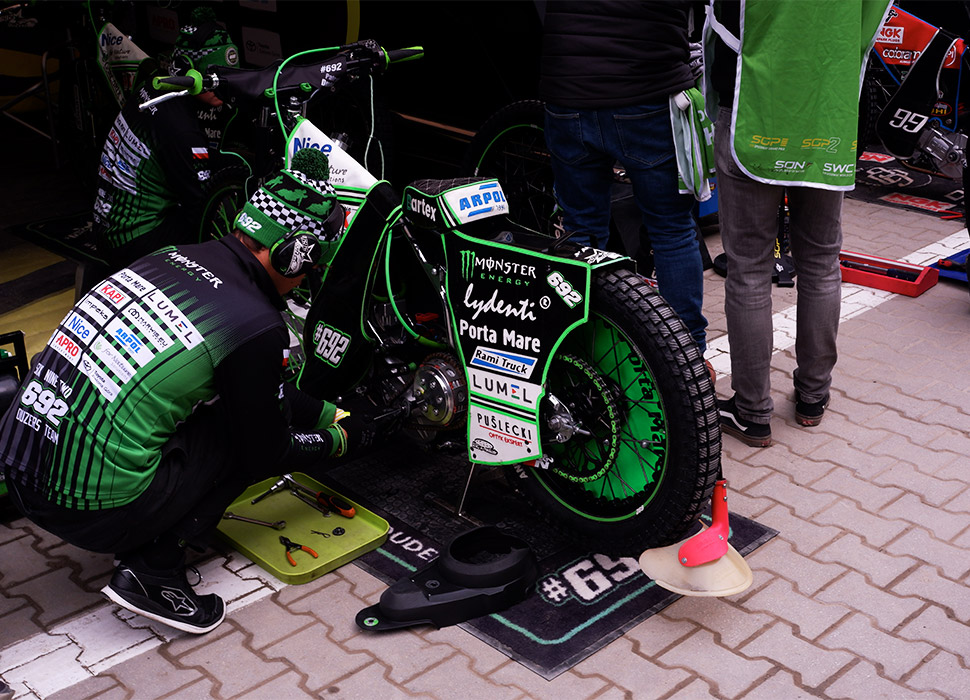 Essentially, speedway is racing 500cc, brakeless and fixed-gear bikes anti-clockwise around an oval-shaped track as fast as is humanly possible. The riders accelerate to 60mph in under 2.5 seconds, which is faster than a Formula 1 car. After a long build-up that includes track walks, during which screwdrivers are poked into the loose dirt of the track to ascertain how it is packed, and endless checks on the bikes, the event lasts just a couple of frenzied hours in the evening.

“It feels long during the day but before you know it it’s over,” Tai Woffinden, three-time Speedway World Champion tells me. “We have the riders briefing. Then we do the track walk and we make decisions about the setup. Then we get changed in time for the parade and rider’s presentation.” At long last “it is go time and the racing gets underway” for a final two hours. 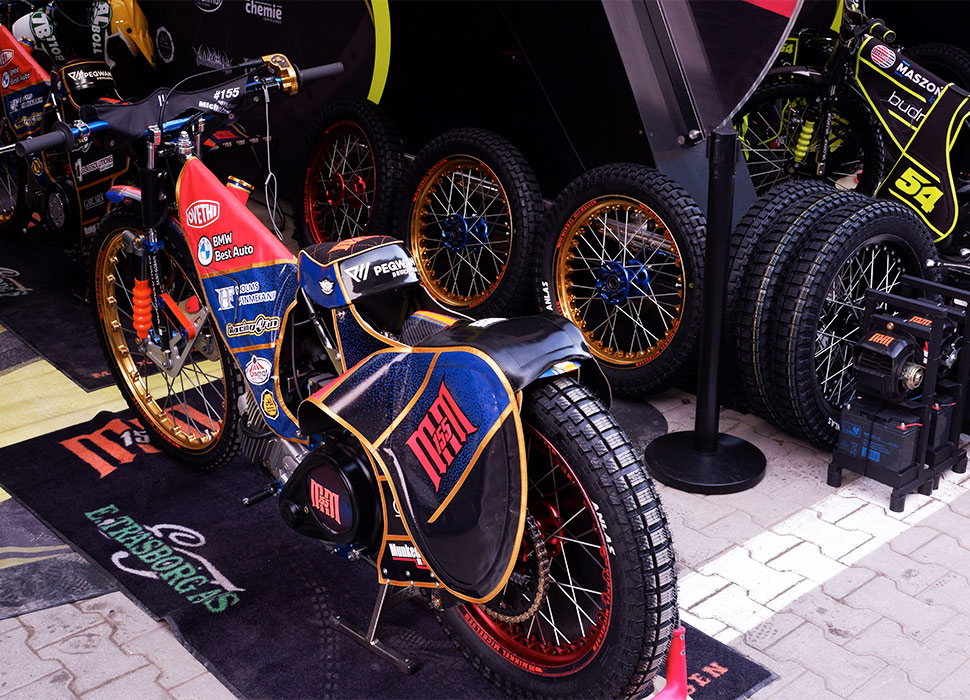 Few things travel as far in Poland as the 1,047-kilometre-long Vistula River, the longest in the country as it passes through Warsaw and Torun on its way to the Baltic Sea. The syrenka, or Polish Mermaid, who swam up the river the other way to become Warsaw’s guardian genius, knew its banks well. The nation’s speedway mechanics give the river a run for its money.

Behind the frenzy of the races, and ever-waiting in the wings, lie the mechanics who are responsible for the performance of the bikes and who live freewheeling, on-the-road lifestyles that rival those of even the most committed of super fans. Of course, as with the riders and the fans, their lives circle around Poland.

Ashley Holloway, who owns the engine tuning company Ash-Tech and moved to Poland in 2007, has an insider’s knowledge of the Polish Ekstraliga. “It’s the best league in the world and it’s where all the riders want to ride.”

He knows exactly what it’s like to run full gas from March to October, making sure the calendar comes off and the riders are ready to race at each and every event. “It’s chaos,” he says. “It is unbelievable that there aren’t more accidents, like car crashes, with the number of kilometres the mechanics are doing. Some of these guys on the Cardiff weekend, if they race in Sweden and Poland, are doing 7000 km in a week on the road, it’s scary.”

A typical scenario for the mechanics’ weekend is harrowing. “It’s Poland Sunday, then Sweden Tuesday. Most of them have a base in Poland so it’s back to Poland to prepare the bikes. Normally after a Grand Prix on a Saturday they’ll pack up as quick as they can and be on the road through the night to get to Poland for the league match on the Sunday.” 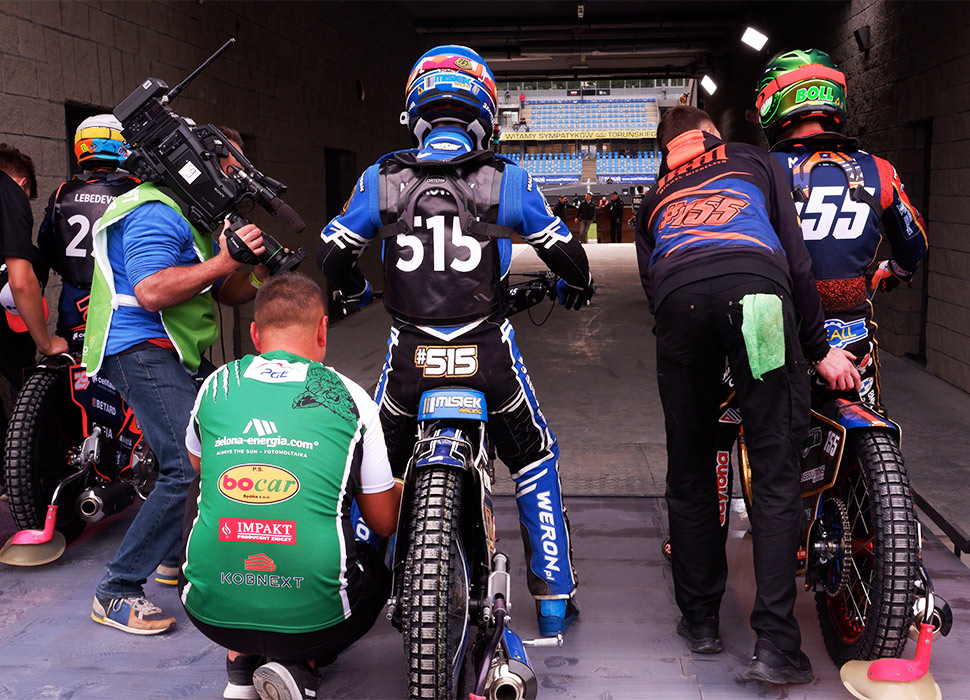 When asked if legislation could make things safer for these silent characters running things in the background of the sport, Ashley agreed. “I think that the sport should do something about it so it’s not so hard on the boys.”

According to Greg Hancock, four-time Speedway World Champion, the freewheeling lifestyles of the mechanics are “the real underreported story of the sport.”

So what does Poland’s embrace of speedway tell us about the nation and the sport’s place at the heart of contemporary Europe?

For a start, Poland is the hub of speedway mania in a way that no other country can rival. From riders to mechanics, photographers to commentators, anyone who wants to be involved with speedway gravitates towards the centre of Europe. Not only that, but the popularity of the Polish leagues means that many of the mechanics come from a Polish riding background. “A lot of the mechanics were Polish riders who were pretty good, but didn’t quite make it,” Ashley says. Lastly, in Poland speedway is a family sport and a passion for żużel is passed down through the generations. 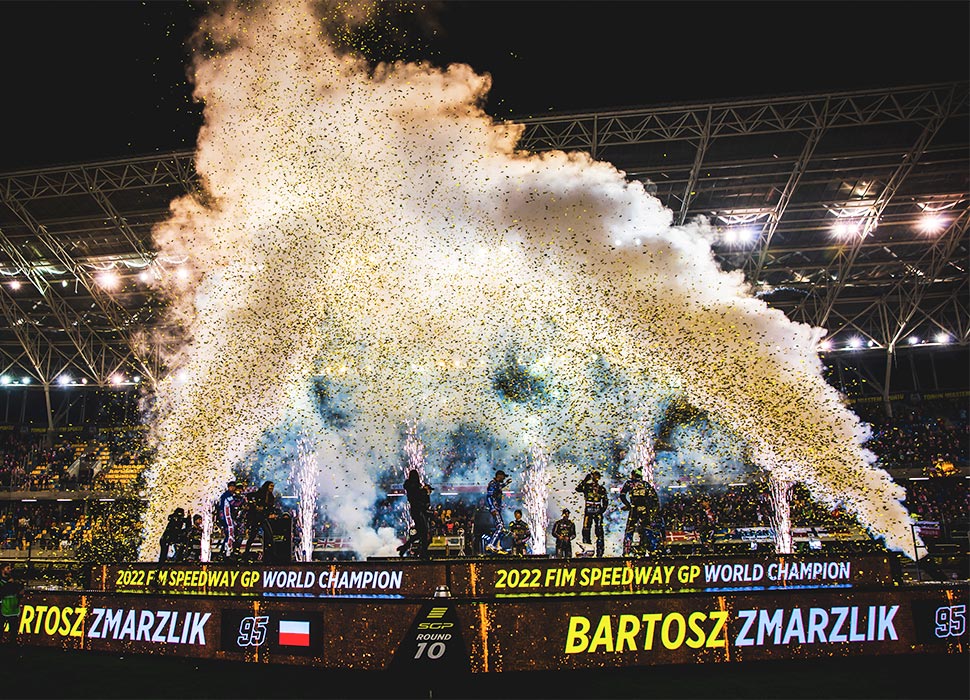 The family feeling extends across nations. After Polish flags at the stadium, the second most ubiquitous is the Saint George’s Cross. “We are a family that may not see each other for weeks, months, or years. But when we do get together it is a celebration,” British fan Dan Linger told me.

As a new licensing deal with Discovery hopes to bring the sport into the homes of 100 million people, this sense of a tight-knit community may begin to unwind. Indeed the programming can hardly be marketed as a World Championship if the events all take place in Europe; so new markets in Australia, New Zealand, and America are being explored. This however raises the problem of where to find speedway tracks on the same level as those in Poland.

For now, speedway is firmly rooted in Poland where the facilities are top class. In the words of Toruń-based rider Pawel Przedpelski, the city has “arguably the best stadium in the world” and so the sport will continue to pivot around Poland. No sign of a change in the chaotic and circuitous calendars of the mechanics and riders.

"We didn't have money for paint": the pioneering Athens street artist Cacao Rocks

This Turkish harpist plays concerts to no-one but nature