St Florian’s Gate (and the Royal Route just out of sight) / Credit: 123rf

Sanctuaries, salt mines and Soviet suburbs: Krakow is full of curious attractions. Jet off to the Polish culture capital, to experience its (in)spired streets, barmy baguettes and ravishing Vistula vistas. This is our guide to the best of the city

St Florian’s Gate (and the Royal Route just out of sight) / Credit: 123rf

All schlepped out and totally famished? These are the best restaurants in Krakow.

Scrap the high-end stuff – if pierogi are your only love, then here's where to find the very best of them. 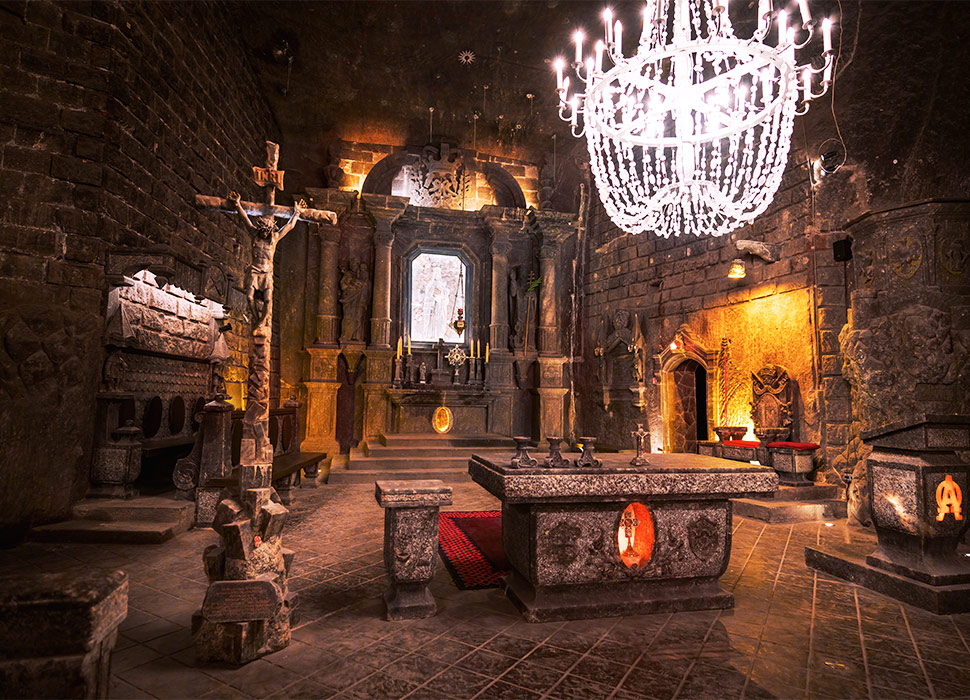 Turn the seasonings at this subterranean temple to sodium / Credit: 123rf

For our first recommendation, we’re sending you straight out of town, to a cathedral of sodium chloride. As you’d expect from an old mine (that’s been operational for more than 700 years), there are cave lakes and long-abandoned rusty carts to be seen. But Wieliczka is no ordinary salt mine, as you’ll see when you explore its rock-hewn chapels. A vast chamber dedicated to St Kinga, Poland’s patron saint of miners, acts as a subterranean Sistine: there are Swarovski-standard chandeliers made from salt crystals dangling from the cavernous roof, and even a carving of Da Vinci’s Last Supper. 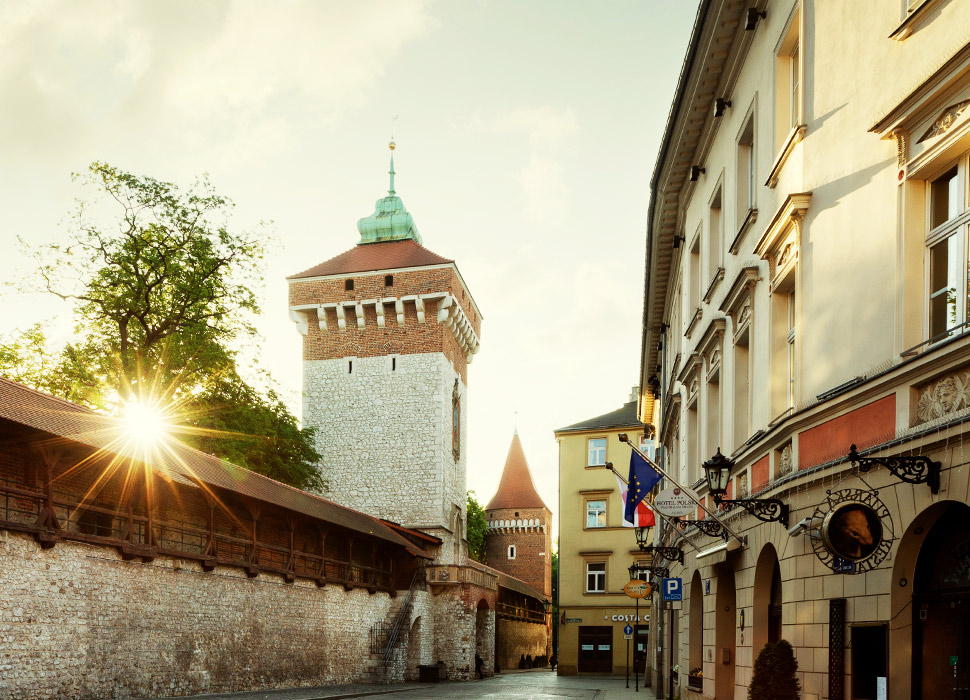 Follow in the footsteps of Poland’s kings, and saunter along the Royal Route through the onion-domed Old Town. Start at St Florian’s Church, which owes its outside-the-walls location to the legendary oxen who, after a long journey with the relics of St Florian, decided to stop on the spot. From here, skirt around the immaculately-preserved Barbican and underneath the religious icons of St Florian’s Gate (one of seven portals to the city) to the oh-so-cosmo Rynek Główny (Market Square, to you and me). Then, it’s a straight dash down church-filled Grodzka to Wawel Hill, where you can peer into Wawel Castle to admire the old monarchy’s opulent digs. 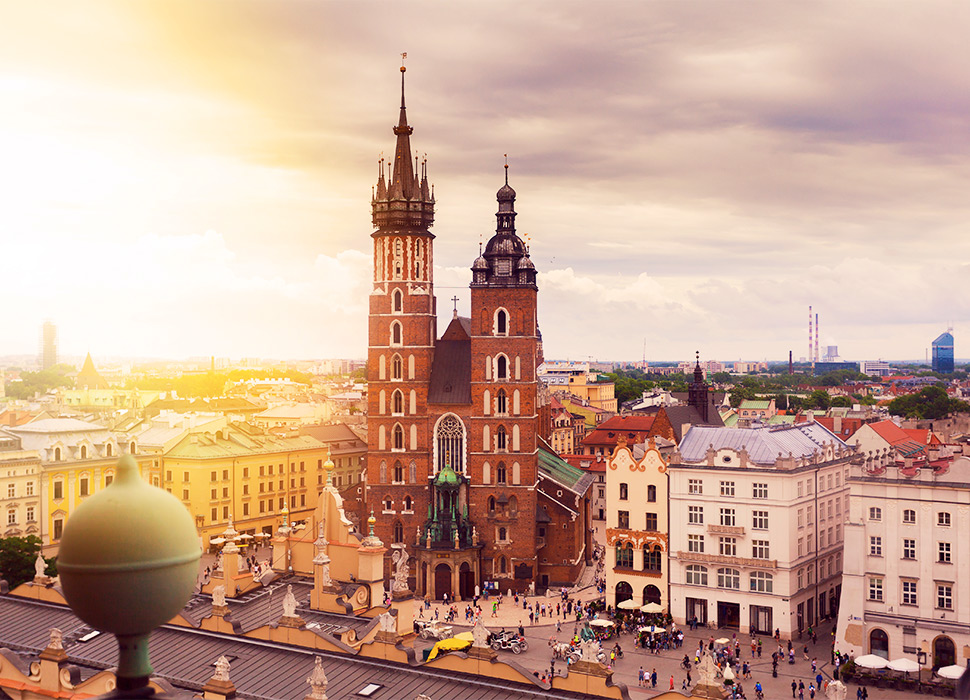 Melodious or no, this church's clarion call is a real pain in the neck / Credit: Adobe Images

Speaking of Market Square, clock its centrepiece: spectacular St Mary’s. The tallest tower reaches 80 metres into the air, and on the hour every hour, a five-note tune sounds from its rafters. This trumpet call — or Hejnał mariacki, as the Poles call it — is said to have first been played in the 13th century to forewarn of incoming Mongol hordes, but it comes to an abrupt end. Why? Squeamish types should stop reading now — the tune cuts off at the exact point its original musician was (allegedly) shot in the neck by a Mongol arrow. Thankfully, the astounding beauty of St Mary’s star-filled interior will make you forget all about its bloody beginnings. 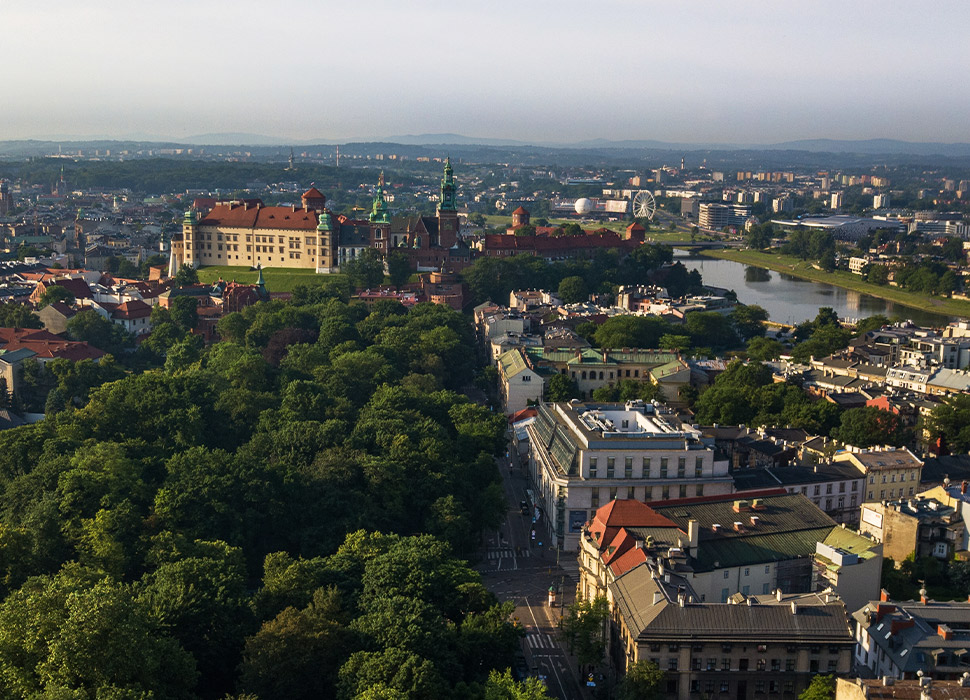 Krakow takes the term “green belt” literally. This 8km-long, horseshoe-shaped band of grass, pine trees, and fountains encircles the Old Town like a moat, following the foundations of the old city walls. With its avenues of dark-barked trees and benches ripe for deep conversations, parts of Planty look remarkably like NYC’s Central Park, so it’s perfect for people-watching. Historians should look out for remnants of the Medieval walls, green thumbs can tickle their olfactory senses in all eight gardens, and photobombers can pose with 20 statues that immortalise Poland’s past. 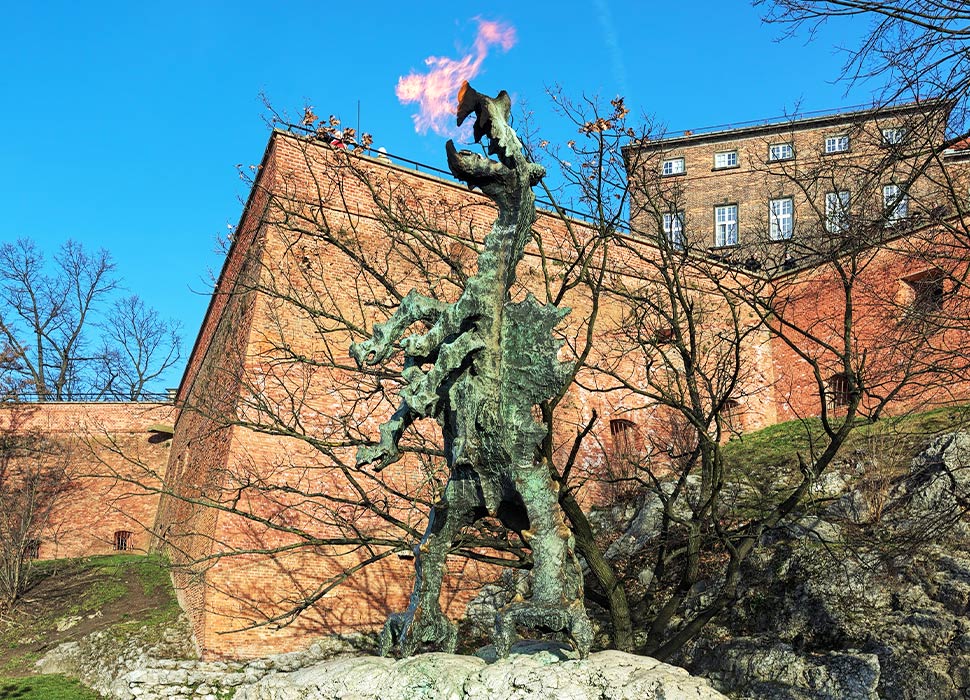 This fiery critter is absolutely no drag / Credit: Adobe Images

Everybody loves a good man-defeats-dragon story. Krakow’s yarn goes that during the reign of King Krak – the city’s namesake – a dragon took up residence in Wawel Hill, and extorted food (specifically, cattle) from terrified citizens. Krak offered his daughter’s hand to any noble man who could defeat the pesky reptile, but none succeeded. Until a clever cobbler came along. He created a decoy cow filled with sulphur. The greedy dragon noshed it all up, but the sulphur caused it to breathe fire and explode. A painful end, certainly; the good news is that you can visit the dragon’s supposed lair in the belly of Wawel Castle (also a one-time brothel), and see his “bones” hung up outside Wawel Cathedral. 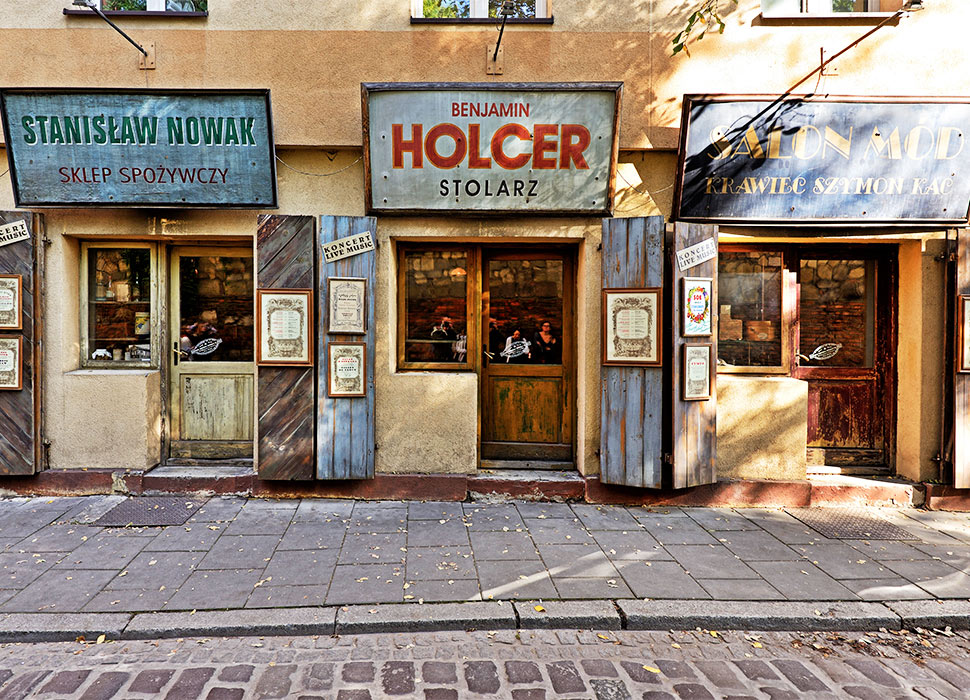 Beatniks, bohos and boffins will while away hours wandering round Krakow’s former Jewish district. Stop into a synagogue (or two) on Szeroka Street to learn about the area’s Hebrew history, as many buildings have been painstakingly restored to their pre-WW2 glory. Out in the open air, your nose will be seduced by the promise of the best zapiekanki in the country (or so we’ve heard). Meet Poland’s answer to Pizza Hut: this ‘70s street food is a slap-up baguette topped with ketchup, cheese, mushrooms, and whatever else happens to be at the hot dog-style stand. 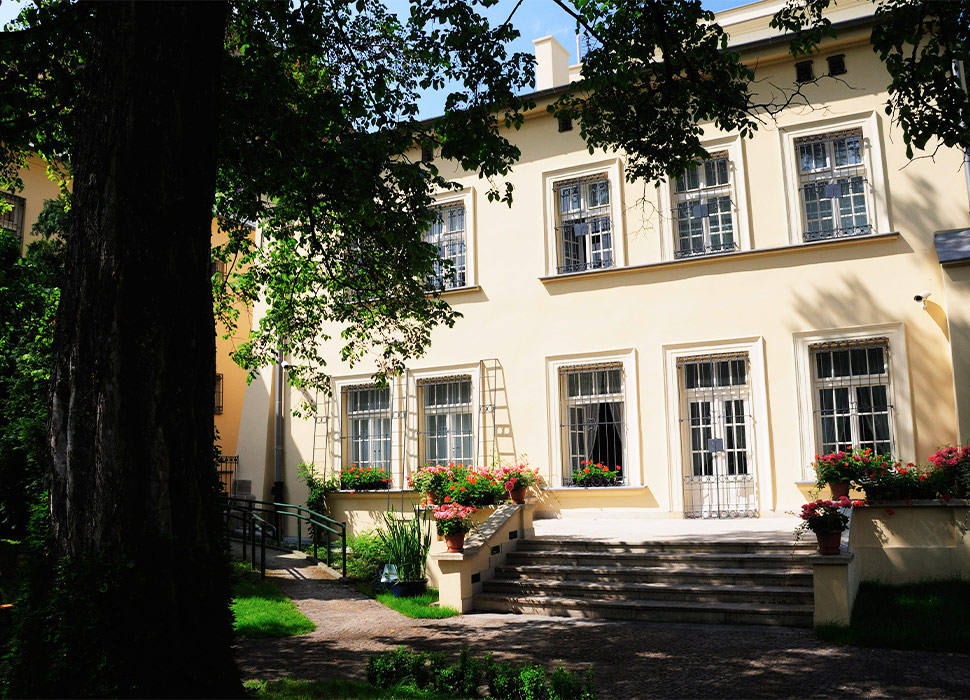 Artists know how to live, and Poland’s premier stained glassmaker was no exception. Attracted by its ivy-covered walls and rosy courtyard – plus its reputation for artistic residents and clandestine revolutionary activity – Mehoffer bought this Neoclassical house in 1932. His “little palace under the pine cones” remains an oasis of tranquility in the heart of the city. Antique furniture, lovingly preserved by Mehoffer’s descendants, gives the museum a time capsule feel, which you’ll revel in as you admire more than 120 of Mehoffer’s finest contributions to the Art Nouveau movement. Oh, and did we mention there’s a secret café in the courtyard? We’ve heard the kaszotto, Poland’s take on risotto, is particularly good for al fresco lunching. 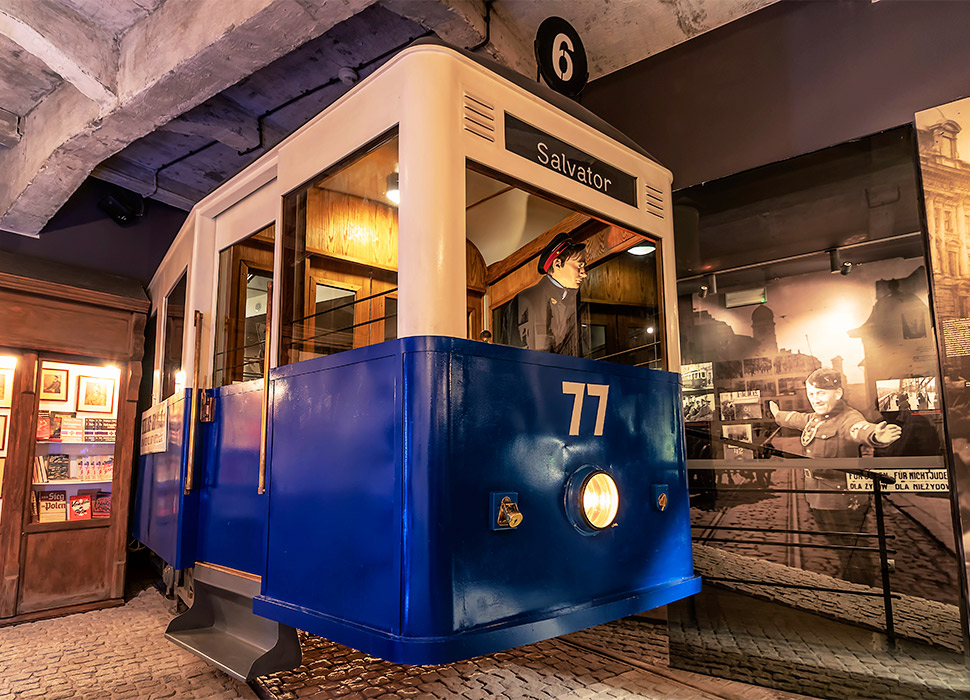 Want more museums? Good, Krakow has about 50 of them. The National Museum, Oskar Schindler’s Enamel Factory, and the Polish Aviation Museum are all worth a gander, but if you want something with more fun and games, try the Pinball Museum: more a neon-filled arcade than stuffy exhibition. Your ticket covers unlimited gos on pinballs and consoles. They’ve even got Space Invaders. If you’d rather admit yourself to a secret society, look no further than Celestat: a branch of the Krakow Historical Museum dedicated to Krakow’s bird-hunting marksmen, the Fowler Brotherhood, who played a surprisingly key role in defending the city against non-aerial invaders. When they weren’t wearing funky hats or worshipping silver chickens, that is. 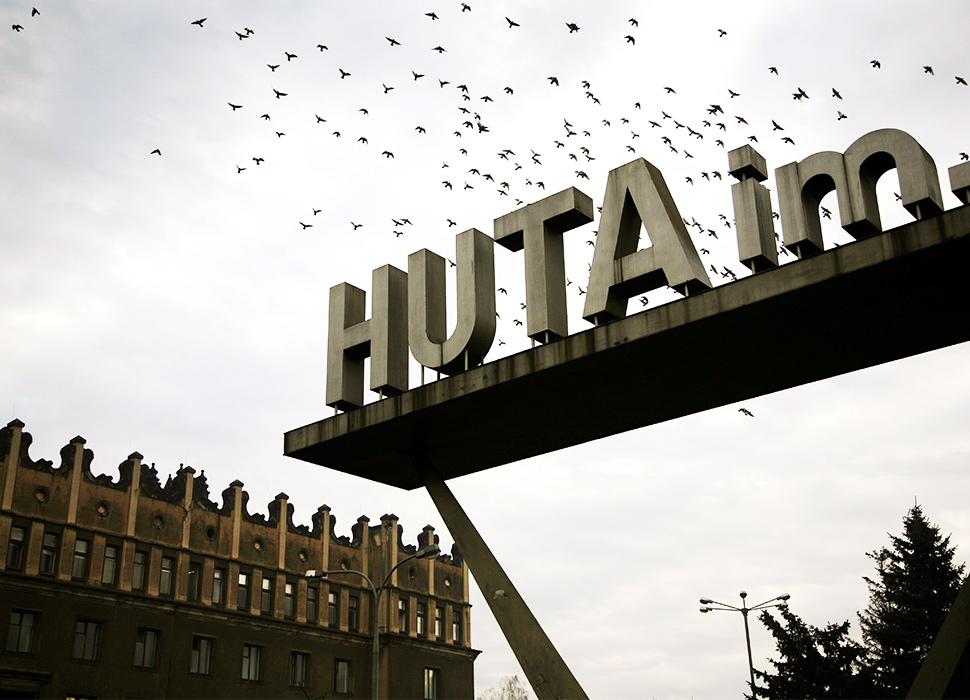 A 20-minute drive outside Krakow’s old town is Nowa Huta, a uniform town built as a “socialist paradise” for steelworkers in the 1950s. It’s one of only two of its kind – the other is in deepest, darkest Siberia. Hop off the tram (or Trabant, if you’re partial) at Plac Centralny Ronald Reagan. Yes, we see the irony. From the main square, explore streets wide enough for tanks to roll down, Stalinist apartment blocks, and even expansive parks. To clue up on Nowa Huta, duck into the old Światowid cinema; workers once spent their precious downtime here, but now, it’s a memorabilia-filled museum. Eat like a decadent Westerner at Bun on Fire, a burger kiosk right by the tram stop. 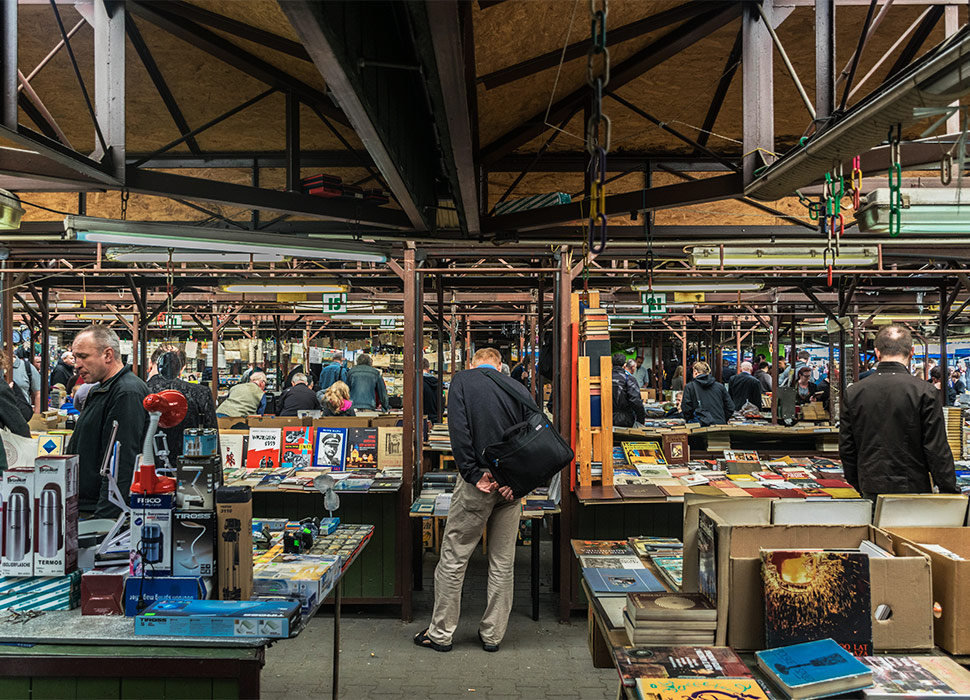 In search of something to do on a Sunday morning that isn’t mass at a local Catholic church? Make a pilgrimage to Unitarg Flea Market (known as “Hala Targowa” to in-the-know locals) and pick up everything from fresh fruit to wartime memorabilia. As with any market worth its salt (see what we did there?), you can get a bargain if you’re bold enough to try haggling with the vendors, who make their own rules. Should you be in need of sustenance, a van on the market fringes does finger-licking good kielbasa – grilled sausage – until the wee hours.