Elvis was inducted to Krakow's Avenue of Stars in 2018 / Image: Getty

Elvis was inducted to Krakow's Avenue of Stars in 2018 / Image: Getty

Believe it or not, Elvis Presley is still a big deal in Poland’s second city. And thanks to the determination of a few super fans and indulgent local authorities, Krakow has cultivated a surprising niche in monuments to the King. Come to Krakow for the architecture, history and pierogi, sure – but don’t leave without paying tribute to Elvis in his Eastern European home.

The local Elvis Presley fan club was established the 1990s, and members including Jan Blajda (the vice president) set about celebrating their idol in various ways around town. First on the agenda was a handsome memorial, rendered in stone and silicone, in Twardowski Rocks Park. Having lobbied the city council hard, Blajda and co managed to get it installed in time for the 30th anniversary of Elvis's untimely death. 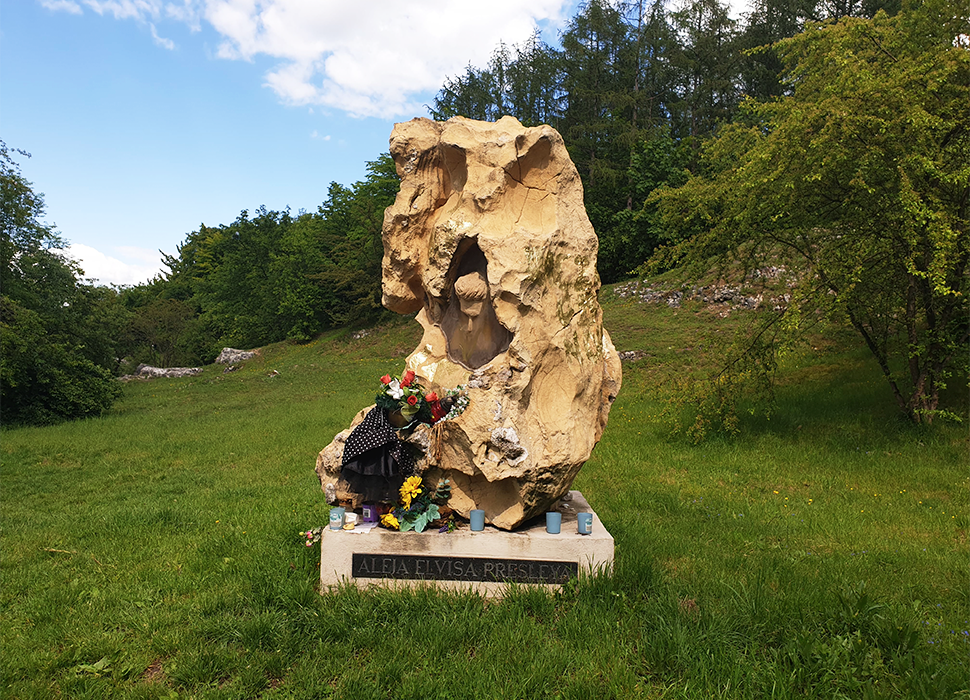 The next nod to the King came in 2018, when the ‘All Shook Up’ singer was awarded his own coveted star on Krakow’s hallowed walk of fame – the Avenue of Stars (Bulwar  Czerwieński).

The King may be gone, but he's always on Krakow's mind.

Find Krakow’s crowning glory at the Queen Hotel. This swish, centrally-situated contemporary boutique offers a taste of finery from the on-site Amarylis gourmet restaurant and regal pampering at the luxury spa. Put simply – it rules.