Refugees bring a true taste of Syria to Norway’s capital

Oslo and Aleppo are 5,000km apart, so it may come as a surprise that you can find authentic Syrian food in Norway’s culinary capital. Head to Oslo’s Vippa market and seek out Aleppo Bahebek for a helping of the country's best shawarma.

After being forced to flee their home country, Syrian refugees have supported themselves in style here by cooking up top-notch local delicacies for queues of kebab-fancying Norwegians.

One of the original chefs, who has worked with Aleppo Bahebek (which means ‘Aleppo, I love you’ in Arabic) since it opened in April 2017, was forced to enter Norway overland when unexpectedly expelled from Russia.

He did that on a bicycle, by the way, across Europe’s most northerly border. In the middle of winter. 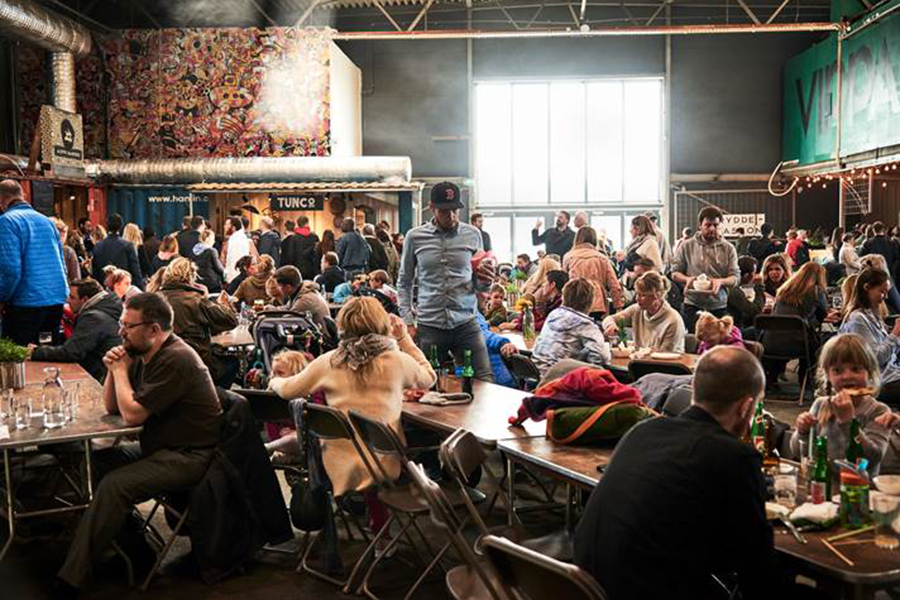 Fitting right in to their new home city, Syrian refugees set up a foodie heaven at Vippa, a mixed-used cultural centre and foodhall on Oslo’s waterfront.

In addition to the signature shawarma, other Syrian classics like falafel, houmous and tabbouleh are all made from scratch at Aleppo Bahebek and dished up in very generous portions. The stall aims to not only sell the best kebabs in Oslo, but also raise awareness of the chefs’ beleaguered homeland.