When the 'Dam gets damn chilly, escape the city for one of these ace cold-weather walks 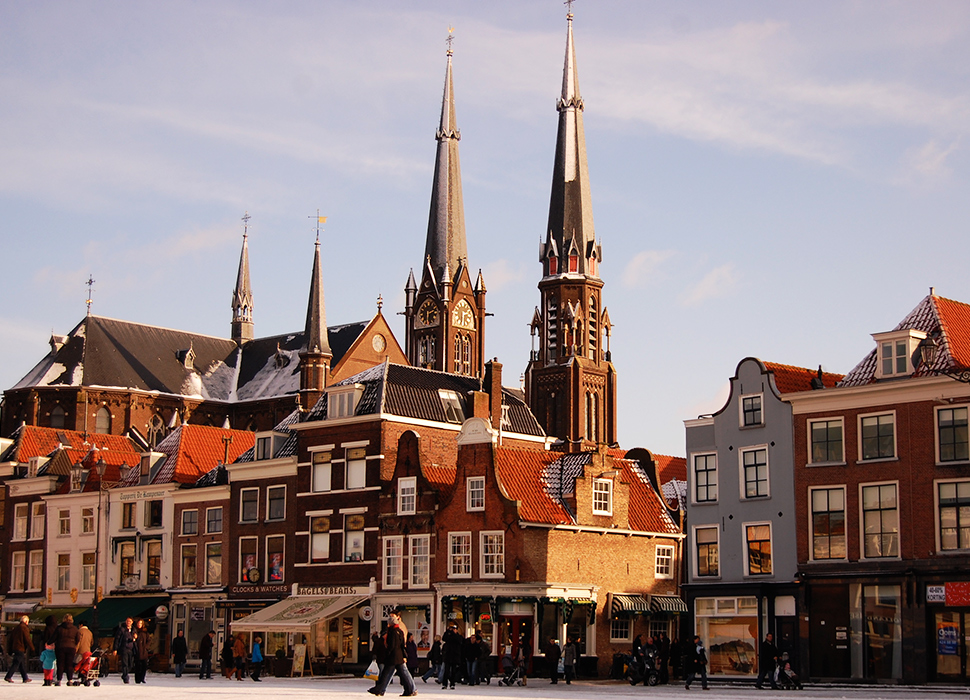 This shortbread-box place southwest of Amsterdam is the perfect antidote to the big city (and the birthplace of the fine, blue Delft pottery, which you can pick up in shops). Explore the narrow streets, gaze at the canals (they have them here too), browse the antique stalls near the church, nibble on cake at Kek café and see the town lit up with Christmas trees in the evening. 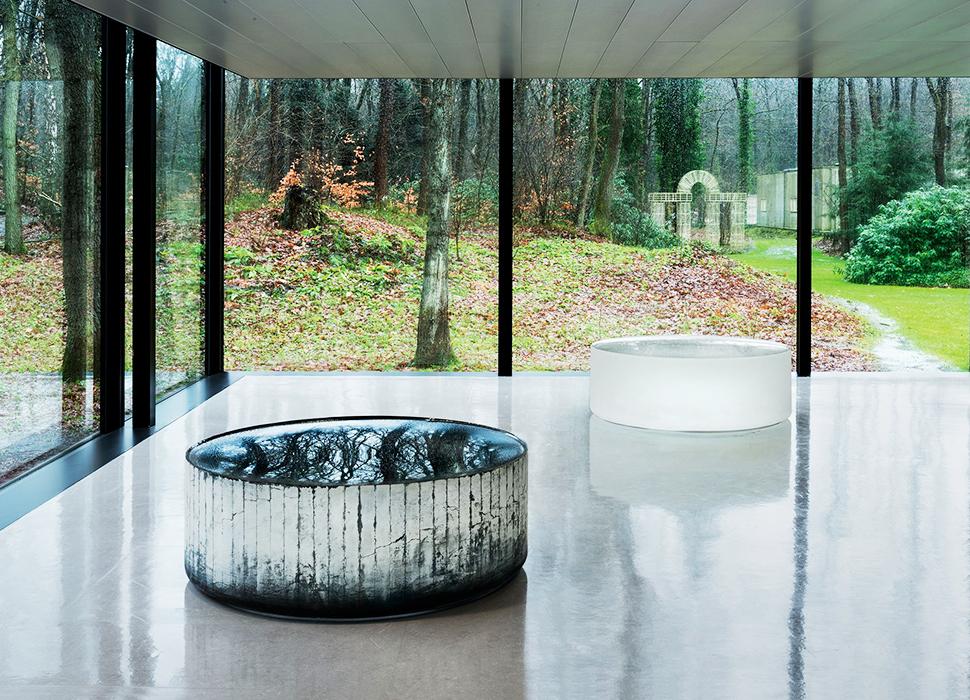 Nuzzled in De Hoge Veluwe National Park – one of the prettiest parts of the country and smack-bang in the middle – this modern museum houses scores of Dutch masters within its sprawling estate. After you’ve ogled some art, take one of the free bikes for a spin around the park’s land and look out for its famous 'big four' mammals: red deer, wild boars, mouflons and roe deer. 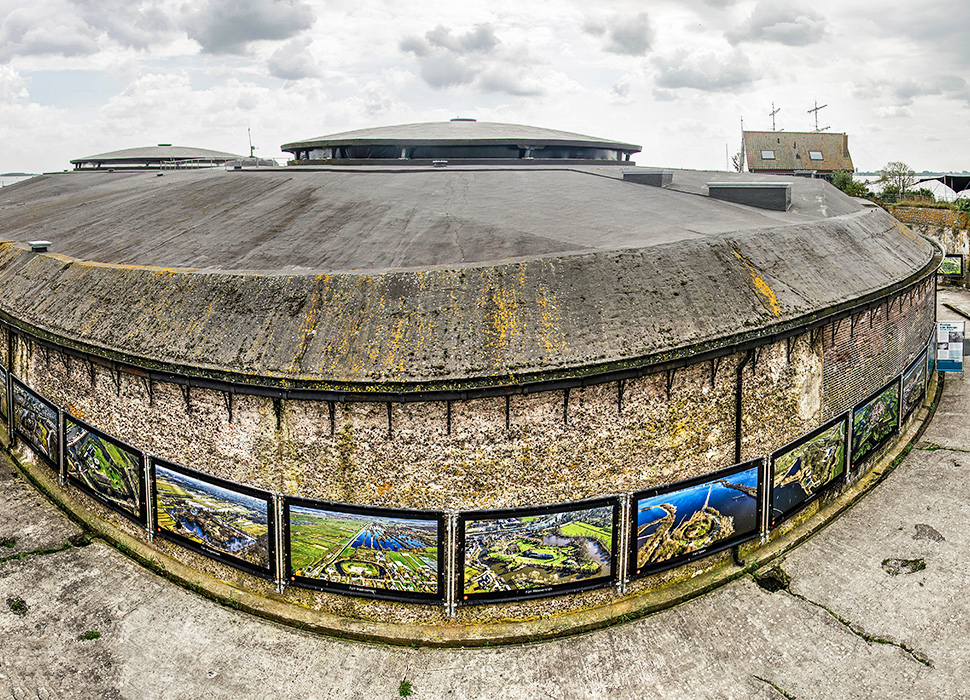 Just try getting into the impenetrable Fort Pampus / Image: Alamy

Also known as ‘Amsterdam Castle’, the medieval Muiderslot is just a speedy 30ish-minute drive (or an hour by train) from the city, with a fascinating history that goes all the way back to the 13th century. After you’ve had a nose around the manicured grounds, make sure to catch the ferry to the impressive 19th-century Fort Pampus nearby, which once defended Amsterdam from marauders. 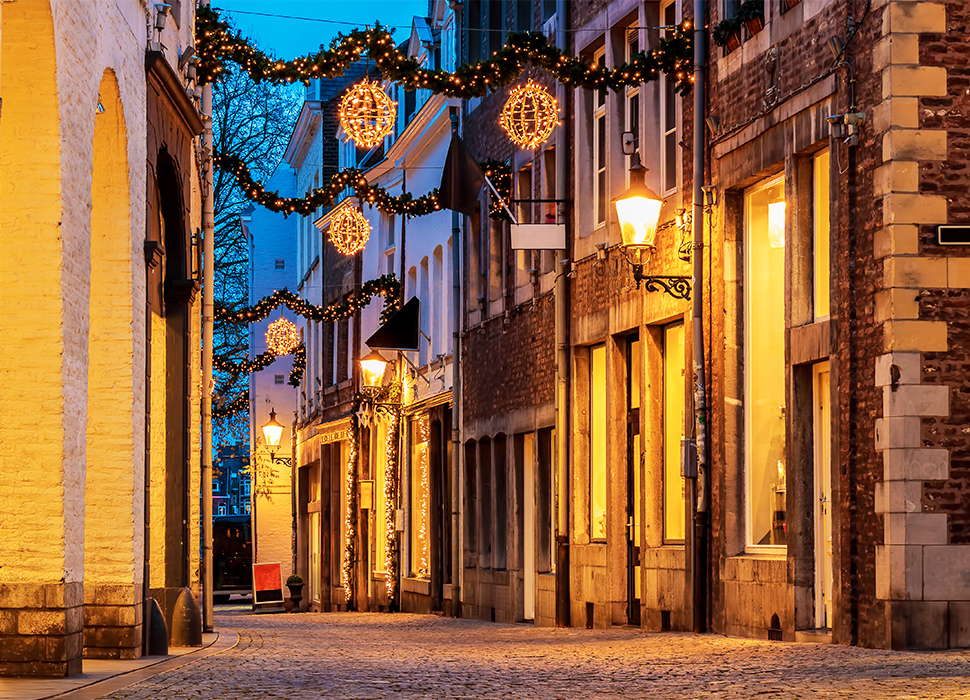 With its distinctly Burgundian vibe, Maastricht (of the Treaty fame) feels very un-Dutch. Wander its quaint cobbled streets and look out for incredible old buildings – there are plenty, since it's one of the oldest cities in the Netherlands. The Gothic church Sint Janskerk is particularly striking, as is the restored 13th-century Dominican church, which is now home to bookshop Boekhandel Dominicanen. To see Maastricht in its full glory, visit during the festive season, when the central square turns into one big Christmas market. 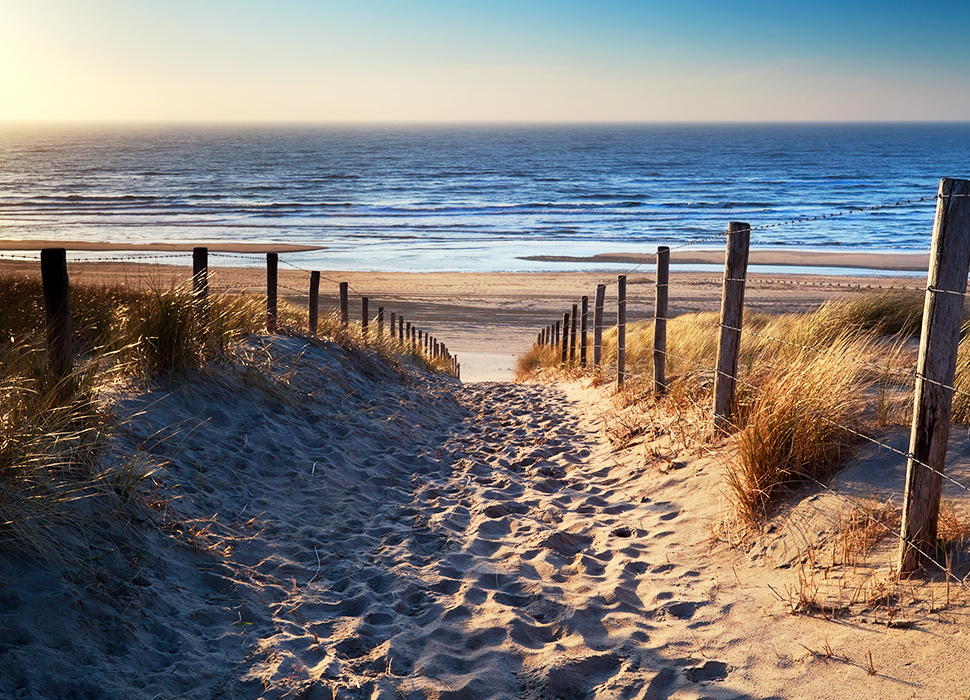 This coastal town offers plenty of crisp sea air to purify the lungs. Walk all the way to neighbouring Bloemendaal and enjoy a hot cocoa at beachside restaurant Tijn Akersloot. If you stroll down the beach in the opposite direction, you'll soon get an eyeful of the nudist section, where you can procure a snack at the cannily-named Adam & Eva Strandpaviljoen. If you don't fancy getting your kit off, fear not – everyone is welcome, even the overdressed. Just don't stare.