STRAAT lays claim to being the globe's biggest street-art museum

WE'RE SURVEYING EUROPE'S CITIES AND EXPLORING THE COOLEST, MOST-UP-AND-COMING NEIGHBOURHOODS ACROSS THE WHOLE EASYJET NETWORK. THIS MONTH, IT'S OUR GUIDE TO Amsterdam's dowdy shipping-zone-made good, Noord

STRAAT lays claim to being the globe's biggest street-art museum

Ah, Amsterdam; a city of wonderful waterways, fabulous frites, and dreamy Dutch gables. Neighbourhoods nestled within the concentric canals of the centre may be classically beautiful, but for a break with a twist, look north to Noord (just a two-minute ferry ride from Centraal station). Historic villages and hipster hangouts happily coexist within the confines of this former shipping district.

In the last decade, Noord has shed its gritty rep, with abandoned and unloved spaces transformed into hotspots for artists, designers, skateboarders and partygoers. If that’s not your bag, then bag a bicycle and pedal to peaceful, windmill-dotted villages on the fringes of Noord.

Whether you’ve come to satisfy your cultural cravings in Noord’s galleries and museums, consume cool cocktails in old freight containers, or simply to catch a break in one of its picturesque parks, read on for our guide to Amsterdam’s most avant-garde neighbourhood.

Is taking a massive hammer to an old Ford Focus an effective cure for stress? Travel to CarSmash in Amsterdam to find out.

Or just check out our wider list of the best things to do in Amsterdam. 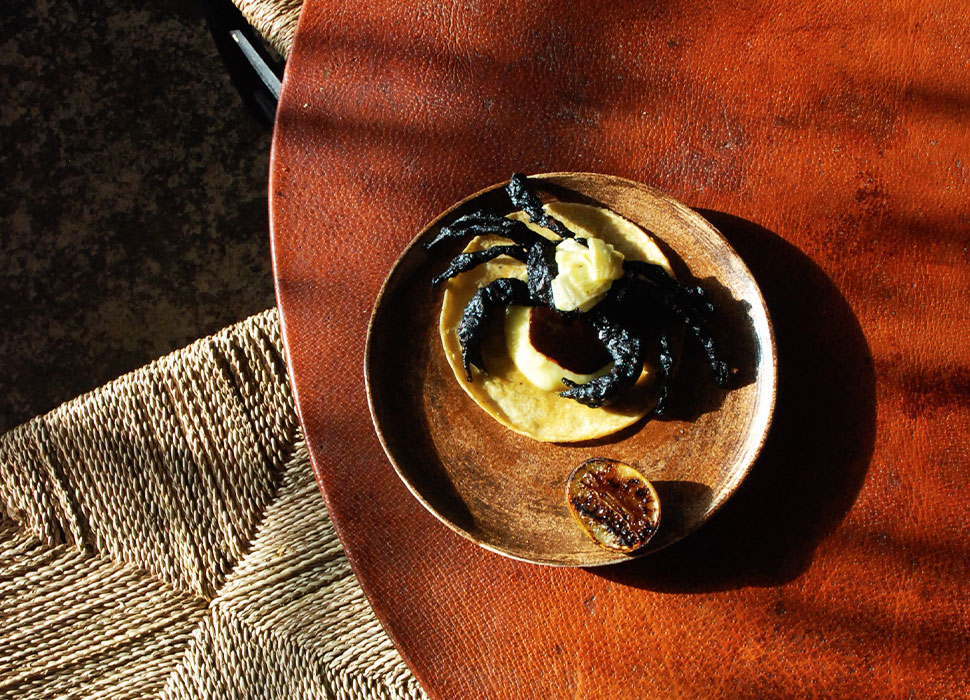 Coba Tacqueria's class tacos are some of the area's best eats

As you might expect of a maritime district, there’s a real spread of seafood to be sampled in Noord. Stork, the largest seafood restaurant in Amsterdam, set up shop in a black brick warehouse on the banks of the IJ River in 2011. The à la carte menu has stalwarts like fruits de mer, but what’s on the specials menu is always a surprise: it depends on what the trawler hauls in.

Get your modern Mexican fix 500 metres away at Coba Taqueria. Think tacos with a touch of class – confit duck and blue radish are just two of the ingredients found in the kitchen. Vegans will love Café de Ceuvel, a parasol-covered, plant-based café powered by “cleantech” – look out for the compost toilets and bioponic plants. Amsterdam’s eco-conscious youth love it.

Hankering for dessert? Head to IJssalon IJskoud de Beste for a foray into a world of piped fancy: bubblegum-coloured Smurf ice cream is worth the blue tongue and brainfreeze 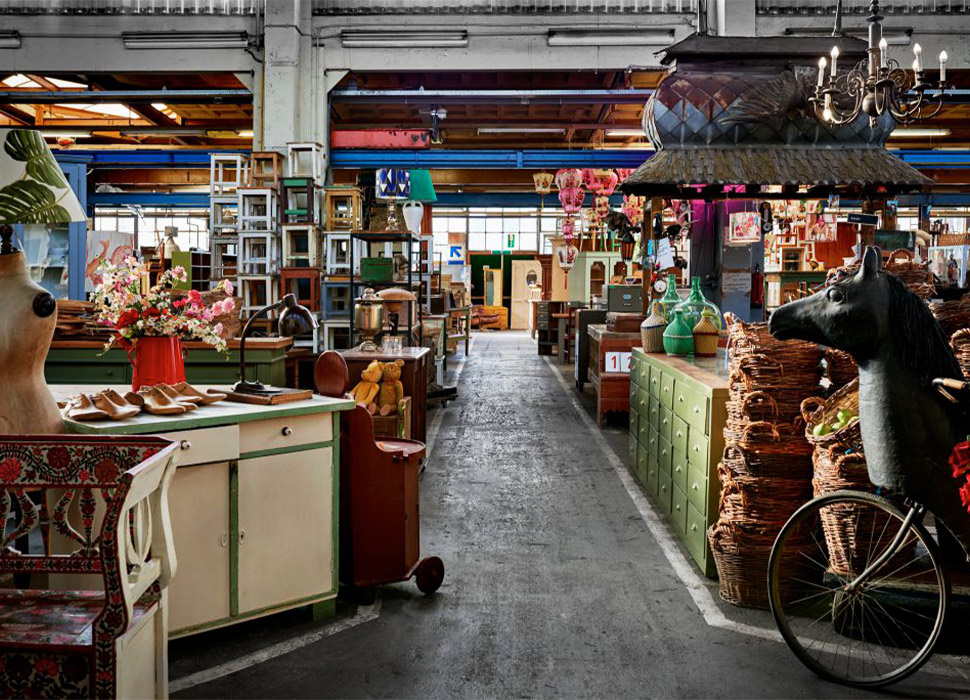 Leave your designer shopping bags south of the IJ and pick up your totes, reusable bags and boxes: you’re going thrift shopping. Noord is known for its vibrant secondhand scene, where you can pick up anything from antique furniture to '90s hoodies that probably belonged to Noord’s first hipsters.

Gear up for the aisles of Van Dijk & Ko, a 2500m² former factory that produces more upcycled furniture than you can shake a stick at. Items are arranged by aesthetic, which makes it easier if you want one purchase to be elegant midcentury modern, and the next frilly, kitschy cottagecore.

Saunter to the sleepy shores of Buiksloterkanaal for Fromagerie Abraham Kef, delicious proof of what happens when the Dutch-French cheese rivalry is set aside. Ask the cheesemonger to cut you a slice of ripe Edam or creamy brie. Hop into a tasting to add red wine and artisanal pâté to the board. 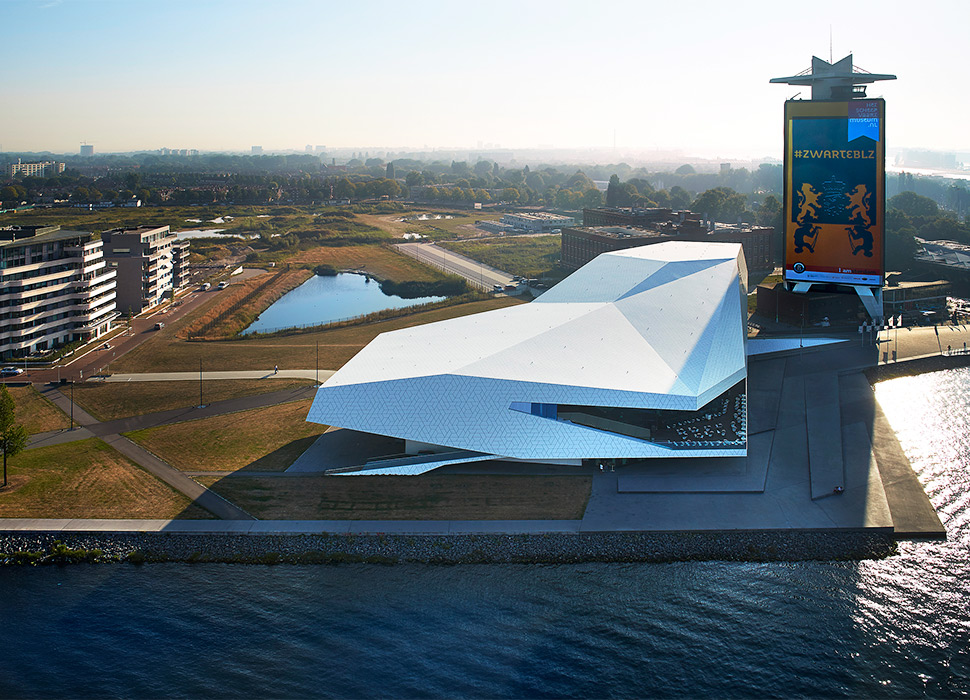 Film fans flock to Noord for its love of all things movie. You won’t fail to notice the Star Trek-esque Eye Filmmuseum, rising from the north side of the IJ. Inside, there’s a permanent presentation of old-timey film equipment, which will tickle those of the cinephile persuasion. Exhibitions showcase the best in Dutch arthouse, while a screen room projects anything from Hollywood blockbusters to niche anime shorts.

Further east along the IJ is another pilgrimage for picture-lovers: FC Hyena. Enter through turquoise box office doors into an IKEA-industrial café, grab a local Oedipus ale, and take your seat on orange pleather sofas to watch the latest English-language movies. Fancy staying late? Good – some Fridays, the restaurant’s tables are pushed back for a club night.

For a higher-brow pursuit, attune your ears to a classical concert at Het Concertgemaal, a pumping station turned intimate venue. Egalitarian as it is, the Steinway piano is at the same level as the seats, and there’s often the chance to mingle with musicians post-show. 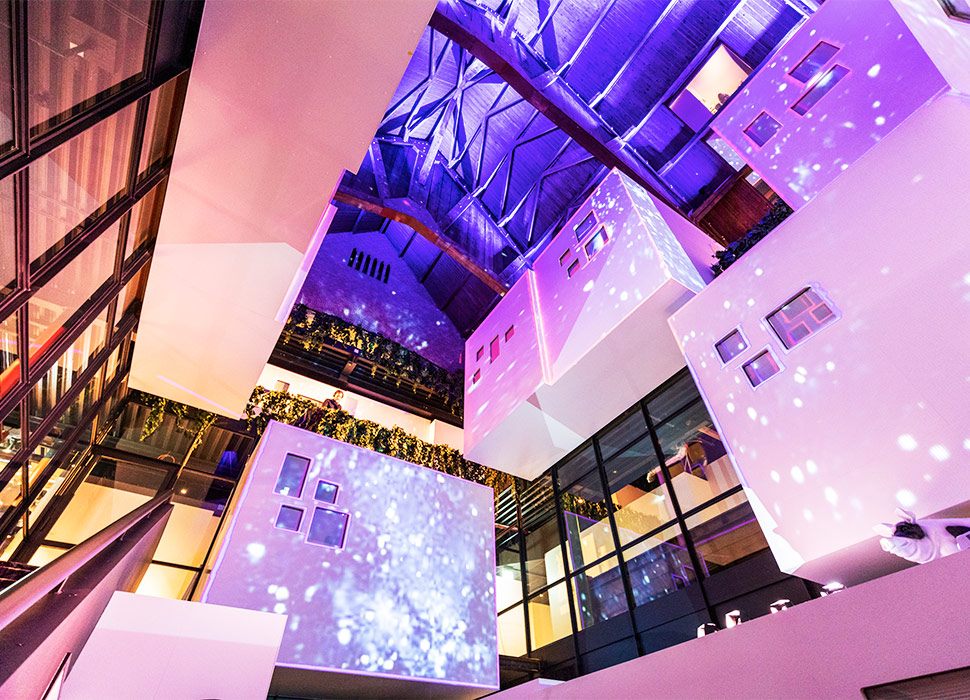 Drift to the land of Noord at BUNK / Credit Michiel Ton

Noord hotels are more than just a place to stash your suitcase – they’re cocoons that send you to the land of nod (or, in this case, Noord) in a flash. Those who like a little night music should check into the Sir Adam Hotel, a self-described “mecca for music lovers” which takes up a few floors of the 70s A’dam Tower (also occupied by a music school and Sony records). Vinyls are found in every room, while Hendrix cover art is splurged behind the headboards.

Seek shelter in BUNK hotel, an affordable hostel/hotel combo in a deconsecrated church. Its prime inhabitants are young travellers and violet plastic dinosaurs, while swish pod-style beds replace pews. Down a bit of the home-brewed jenever (Dutch gin) if you’re nervous about chatting to your fellow BUNKers.

Budget travellers can also try inner-city camping at Vliegenbos, where the aroma of freshly-baked bread will certainly draw you out of your cabin (or tent) first thing in the morning. It’s far from roughing it, with gleaming bathrooms, fast WiFi, and even a communal kitchen at your disposal. 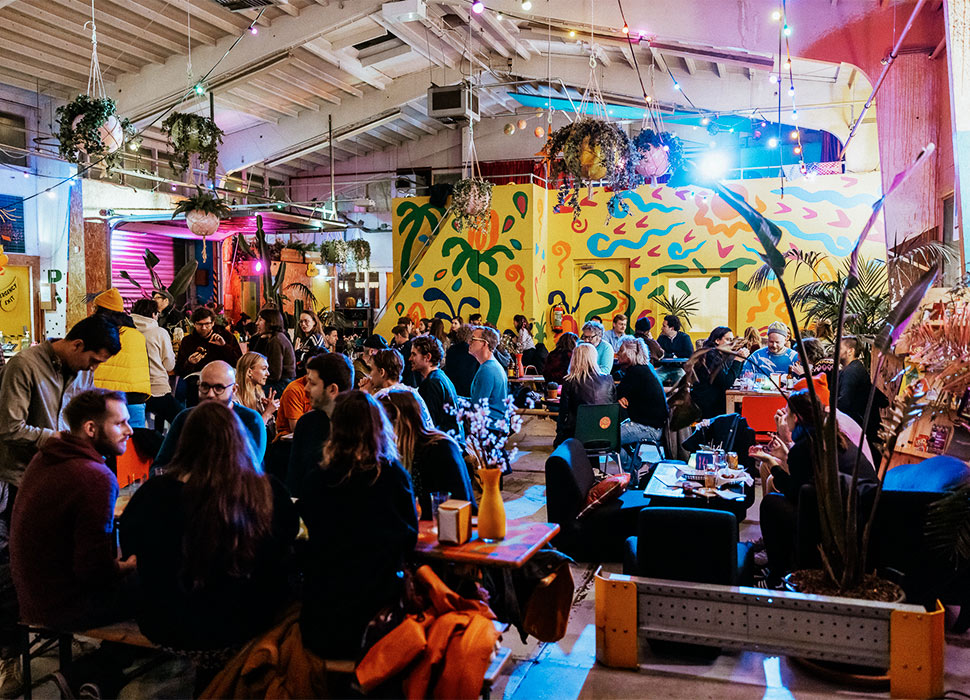 Mother may I? Grab a beer at Oedipus Brewing Taproom

Nightlife in Noord caters to all crowds: dance lovers and party animals will want to stay close to the A’dam Tower, but for something a little different, strut to Ijplein, where the crafty Oedipus Brewing Taproom and secretive DEPOT club are located.

Oedipus was launched by four beer-loving bartenders fermenting from their kitchens, but these days, their colourful brews – from Thai-inspired tripels to mango sour beers – can be found across The Dam. The trippy Taproom is open until 1AM on Saturdays, and makes for the perfect pre-drinks venue. Just don’t go for the 9.5% “Call Your Mother”, unless you do actually want to drunk dial a loved one.

To rave until the break of day, DEPOT is an exclusive venue, where neon lights and pounding techno and house beats intoxicate a crowd of music maniacs. 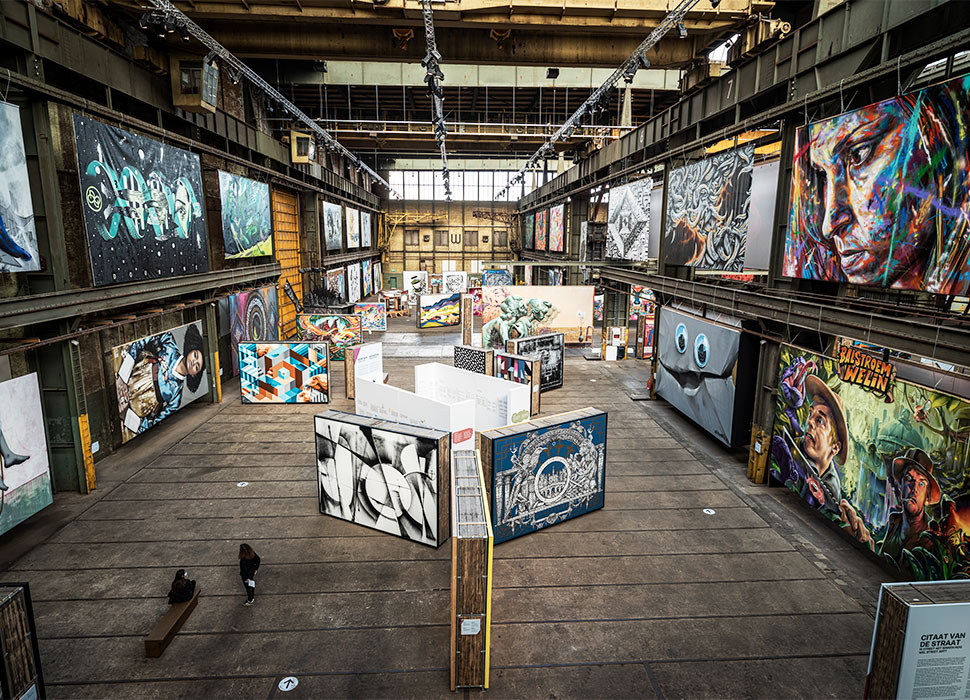 Beers, wine, cocktails? Take home a bottle of *very* reasonably priced vino from Chateau Amsterdam, one of the first urban wineries in Europe. Try before you buy in the shop, or go the extra mile with a winemaker-led tour and tasting.

Dress code? As colorful and street-smart as you can make it: skater chic is the vibe. Secondhand stores are the place to rifle through the bargain bins if you haven’t come prepared.

Friendly locals? The Dutch might have a frank manner of speaking, but Noord is home to plenty of chirpy city folk: book a locally-led tour to discover the best secret spots.

Claim to fame? Noord battles with Berlin to have the “World’s Largest Street Art Museum” in STRAAT, a former welding warehouse on the NDSM wharf. At 7,000 square metres, and with a giant mural of Anne Frank on the exterior, it’s certainly a strong competitor.