GetYourGuide's pedal-powered tours open up a totally different side to the Dutch capital / Credit: GetYourGuide

It may seem totally cliché, but hitting the cycle trail is the best way to discover the Dutch capital’s off-the-beaten-track treasures. Here are five excellent two-wheeled tours to get you started

GetYourGuide's pedal-powered tours open up a totally different side to the Dutch capital / Credit: GetYourGuide

On the face of it, Amsterdam’s rep for being tourist-y might seem fair; but not if you know where to go. With an easy-to-access, app-based network of the most informed eyes in the city, GetYourGuide opens up a totally different side to the Dutch capital with a series of pedal-powered guided tours to some of the city’s lower-key locales.

And what better way to discover Europe's capital of cycle culture than on two wheels? From cool, under-the-radar, city-centre neighbourhoods to day-long, out-of-town excursions, GetYourGuide offers an array of exciting trips to suit all abilities and fitness levels. Here are some to steer toward.

Power round the charming Dutch countryside on an e-bike 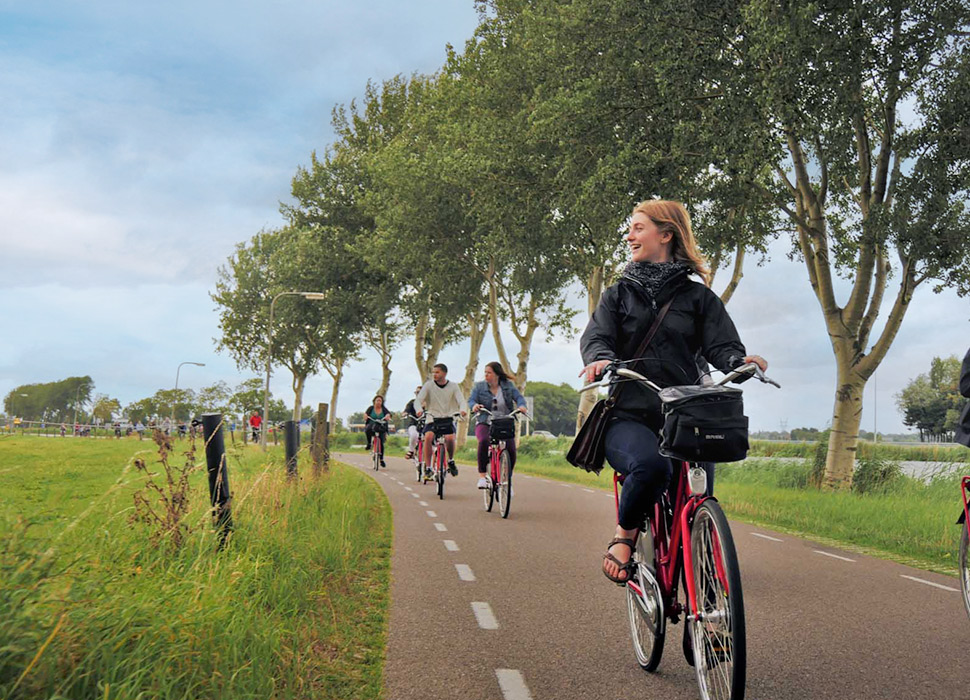 The countryside just outside Amsterdam is stunning; as this gorgeous, easy-going e-bike tour handsomely shows. Meet at the city’s northerly Old Holland district, where you can check out the Amsterdam Tower and the otherworldly Eye Film Museum, before cruising through the petite, painterly country lanes of Waterland. Last stop on the tour is the beautiful, back-in-time village of Broek to visit a working windmill and dairy farm (cheese feasting optional). The whole thing lasts around three hours, but e-bikes make it doddle.

Leave the city in your tracks and head to the seaside 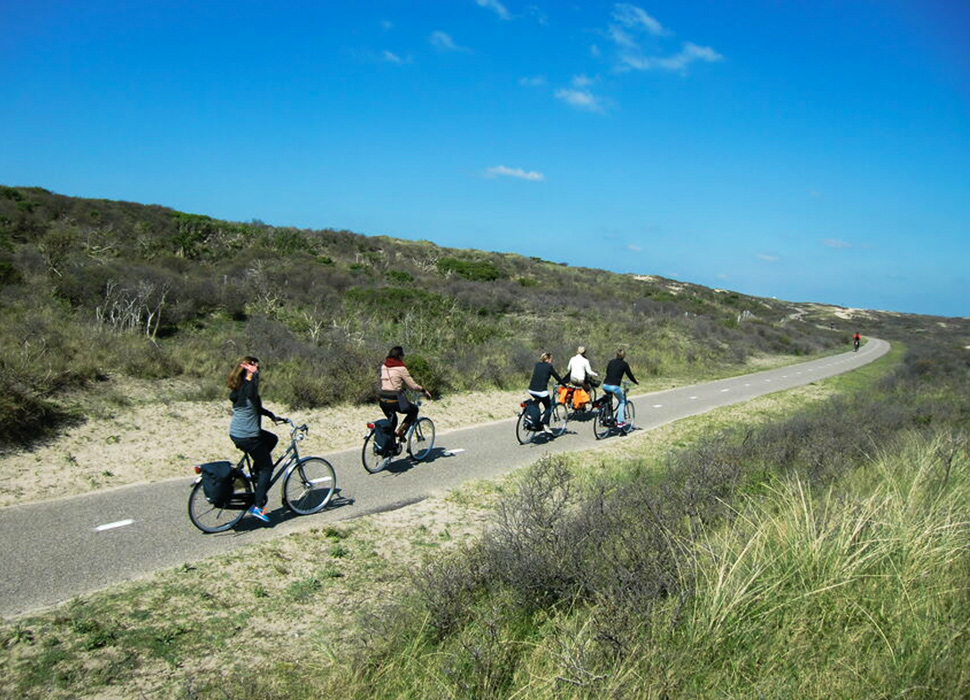 More than 3,000 acres of wetlands and dunes bloom with rare flora and fauna / Credit: GetYourGuide

Yup, the beach is less than a half-hour train ride from downtown Amsterdam, and this three-and-a-half-hour jaunt is a great way to inject a little coastal bliss into your city break. Meet at the DuneBiking Center in Bloemendaal and explore the region’s epic natural beauty, which includes the National Park of South Kennemerland, where more than 3,000 acres of wetlands and dunes bloom with rare flora and fauna (first to spot the Konik horses and Scottish Highland cattle wins an ice cream). The ride finishes with views over the North Sea at super-chic beach club Bloemendaal aan Zee, a stylish weekend escape for in-the-know Amsterdammers.

Hit up the ‘Dam’s hottest hoods in one swoop 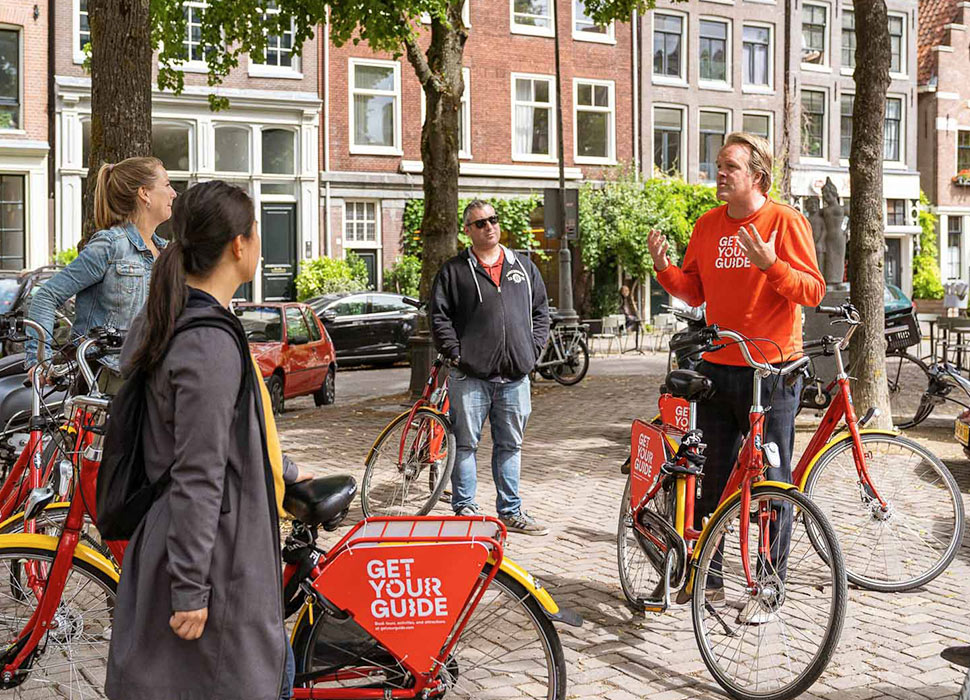 Get your bearings in this efficiently intimate, expert-led tour / Credit: GetYourGuide

Are you a time-pressed first-timer? This is the one for you. Get your bearings on a fun, informative three-hour tour that takes in some of the city centre’s coolest quarters, including Jordaan, famous for its the quaint cafés and chic galleries; indie-cool 9 Street; and De Pijp, the city’s lively Latin quarter. Stop for a snack (a stroopwafel – yum) and a drink at the awesome (and often bafflingly overlooked) Vondelpark after a tour of the Museum district. Small groups only; so no stragglers.

Get an eyeful of the city’s architectural hotspots 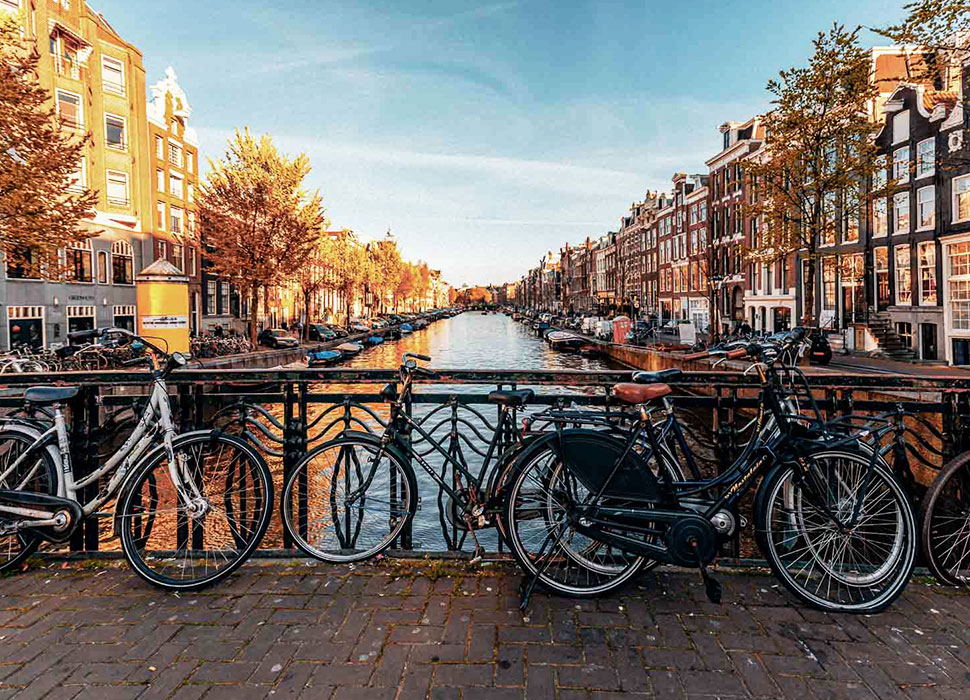 Amsterdam has always been easy on the eye / Credit: GetYourGuide

The Dutch capital has one of the most distinct skylines in the world: from cute, 17th-century canal-side houses to next-level, Renzo Piano-designed museums. While a whole weekend wouldn’t do the city’s design smarts justice, this tour manages to cover quite a bit of ground and works for both architecture initiates and urban aesthetes. Highlights include the warehouses around Brouwersgracht and a tour of Amsterdam’s unexplored Western Islands, known for their beautiful canal boats and slow-paced, un-tourist-y vibe.

See Amsterdam through the lens of its most famous resident 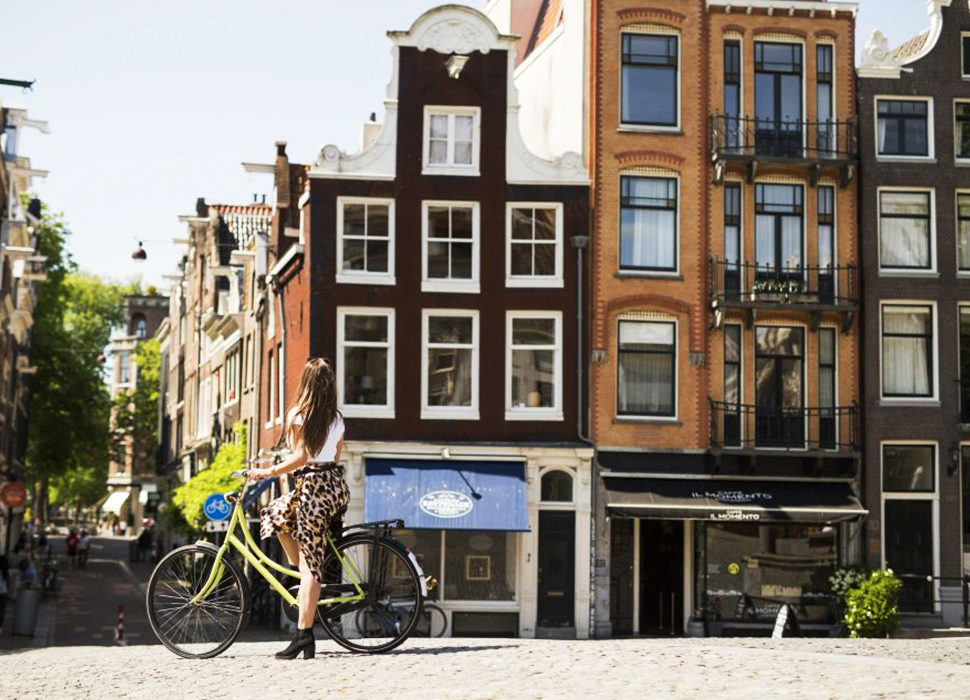 Murals and memorial sites tell the story of Anne Frank and life during WW2 / Credit: GetYourGuide

Perfect for history heads, this informative tour explores the Rivierenbuurt (‘river district’) of Amsterdam, the neighbourhood where Anne Frank famously grew up. Following the river Amstel, it covers her life before and during hiding, and includes trips to her school, house, as well as several Holocaust memorial sites. The streets in this part of town aren’t too busy, and there are several stops along the way, so you can take in all the fascinating historic insight at your leisure.

Meeting point: varies depending on which tour you book

The best restaurants in Amsterdam 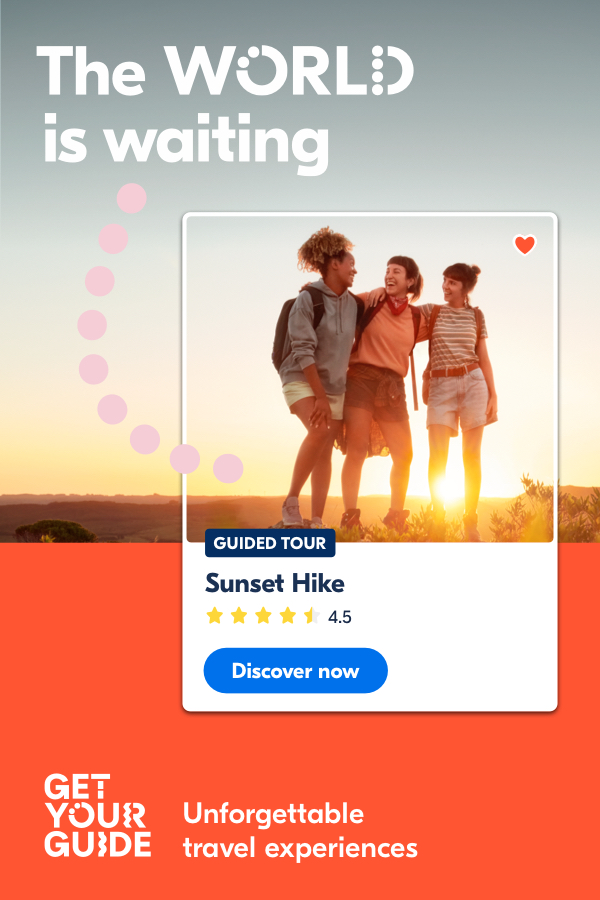