Ever dreamed of smashing your top score on Call of Duty while ordering room service? At the Arcade Hotel, a gamer paradise in the heart of Amsterdam, you can do just that

When Daniel Salmanovich opened his hotel in 2014, his mission statement was quite unlike any other on the planet. “We don’t believe in the ‘home away from home’ philosophy,” he said. “The way we see it, you leave your home to stay at ours.”

Fed-up with soulless, identikit hotels, the Canadian wanted to create somewhere to stay that combined the fun feel of a hostel with all the amenities of a fully serviced hotel, like flatscreen TVs, super-comfy beds, rainfall showers and a kick-ass grab-and-go breakfast concept. Oh, and because he was a self-declared geek, he also wanted to fill the place with video games, comics, toys and offbeat décor. And so, the world’s first video game hotel was born in Amsterdam.

All 42 rooms at the Arcade Hotel are very different in terms of decor (ranging from hipsterfied stylings to geek chic), but each is equipped with some serious gaming equipment. All room categories come with at least one retro and one modern console like a PS4 or Nintendo Switch (not to mention fantastic wifi, too), while a library of more than 400 games in the hotel lobby should be enough to keep even the most enthusiastic gamer occupied for at least a few hours. 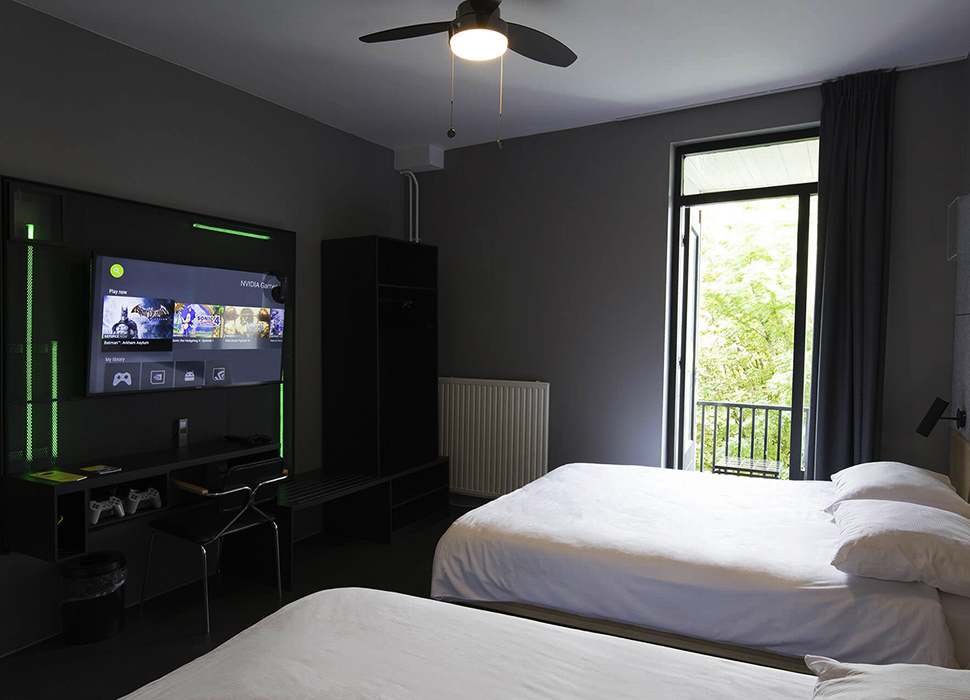 It doesn’t stop there. The larger downstairs game room has recently been refitted with a fully functioning coin-operated arcade hall, complete with over 20 classic titles, in addition to tabletop machines and a souped-up console corner with giant screens.

Of course, you’re not going to spend all your time in front of a screen, and the Arcade Hotel could not be better placed for exploring. Located in the trendy neighbourhood of De Pijp, it's close to all the action, whether you want to browse the boutique stores nearby, check out the various galleries and museums on Museumplein, or enjoy a culinary exploration at the nearby Albert Cuyp street market.

And you can do it all, safe in the knowledge that waiting for you back at your hotel is the prospect of some serious button-bashing without anyone there to tell you to stop – now that really is unlike home.

In partnership with Arcade Hotel 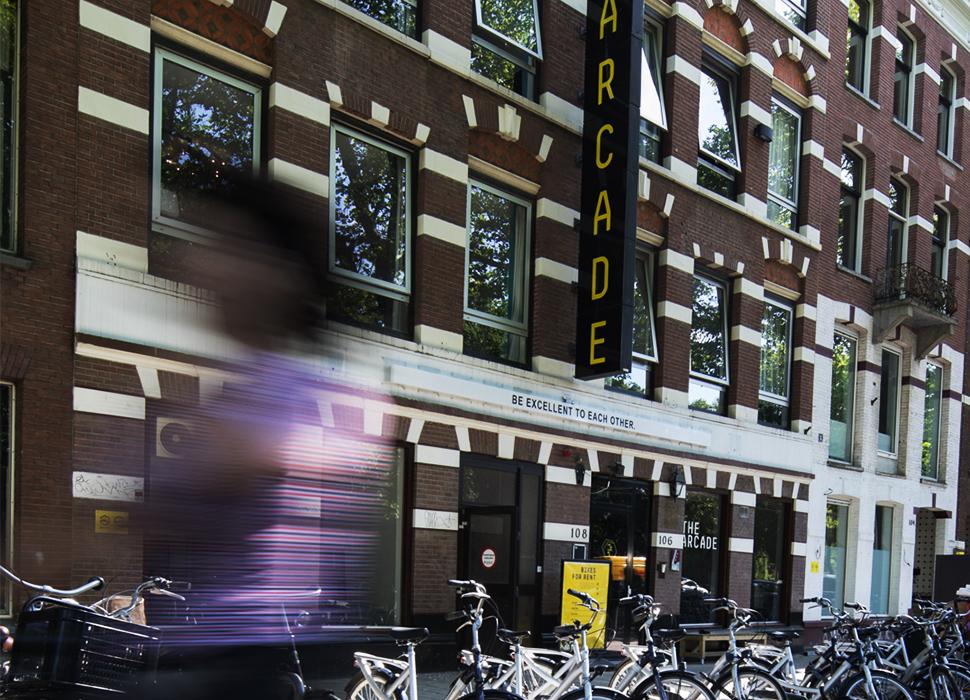 Located next to the boho cafes and trendy bars of De Pijp, the Arcade Hotel couldn't be better placed
Book flights to Amsterdam Book holidays to Amsterdam