The best things to do in Amsterdam

Verdant cycling trails, waking cheese dreams and museum hotspots: these are the finest ways to pass the time in the Dutch capital

1. Keep your ear to the ground at the Van Gogh Museum 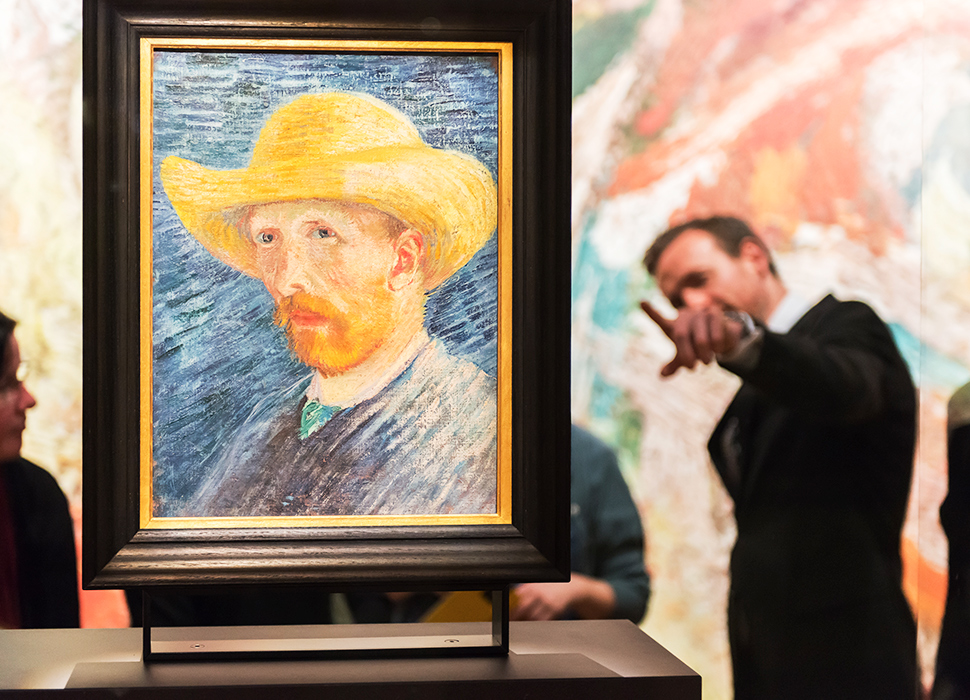 Get up close and personal with the influential Dutch post-impressionist master at his very own dedicated museum. He was a prolific chap, Van Gogh – this collection alone contains some 200 paintings and 500 drawings, hung alongside works from contemporaries like Toulouse-Lautrec, which provide enlightening context. The Van Gogh Museum was only recently expanded, but it still gets hectic so show up early to gaze at the hypnotic brushstrokes – and consider his troubled inner world – through some 700 pieces of correspondence. If anybody deserves a fair hearing, it’s Vincey. 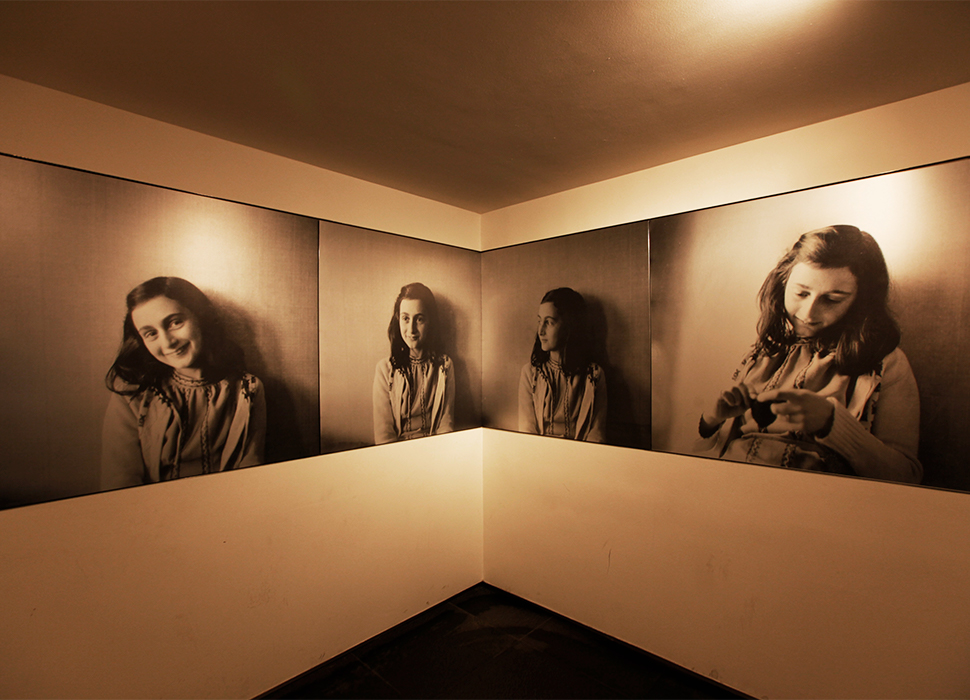 We all know the tale – for more than two years a young Jewish girl hid in a secret Amsterdam annexe with her family and others trying in vain to evade the occupying Nazis. Anne Frank’s lyrical, girlish diary, documenting the time in hiding – before she and most of her family were dragged to the concentration camps – reminds us of the simple humanity that existed adjacent to the horrors of the Holocaust and has sold tens of millions of copies. A museum now set in the annexe is as illuminating as it is sad, and a must-visit if you’re in the city.

3. Discover an adorable dollhouse at the Rijksmuseum 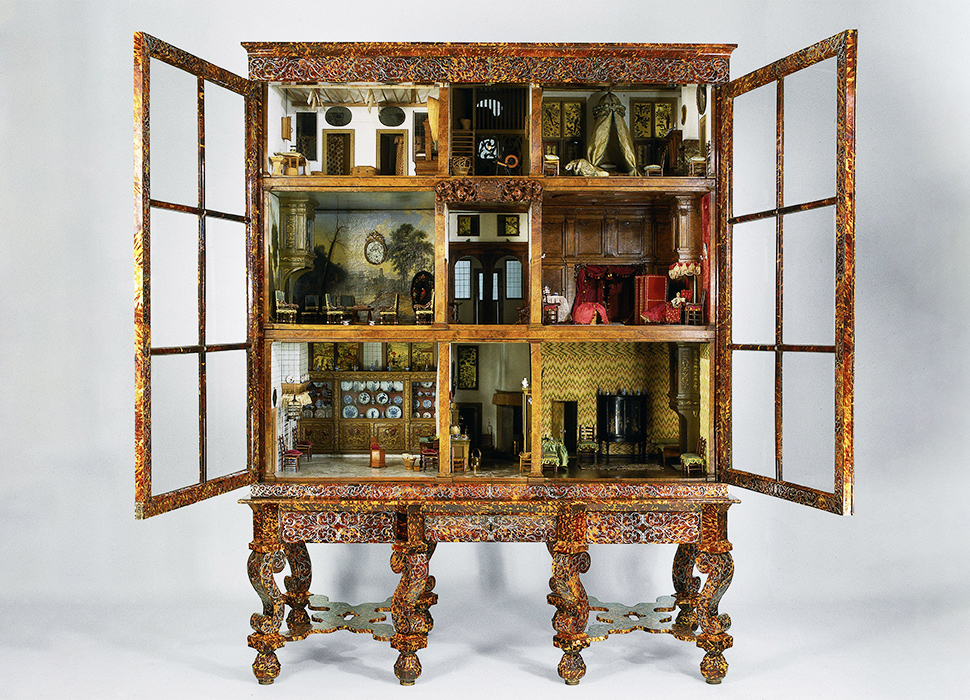 History is rarely as gosh-darned cute as when it’s shrunk down to dolly dimensions. Punters at the awesome Rijksmuseum should peer through the sash windows of time at Petronella Oortman’s exquisite dollhouse, for an oddly adorable lesson in what life was really like for wealthy folk in 17th-century Amsterdam. The little plates are made of real China, and Oortman commissioned real-life cabinetmakers, painters, basket weavers, silversmiths and even glass-blowers to make perfect miniatures of their wares. It’s all a little bit magical. 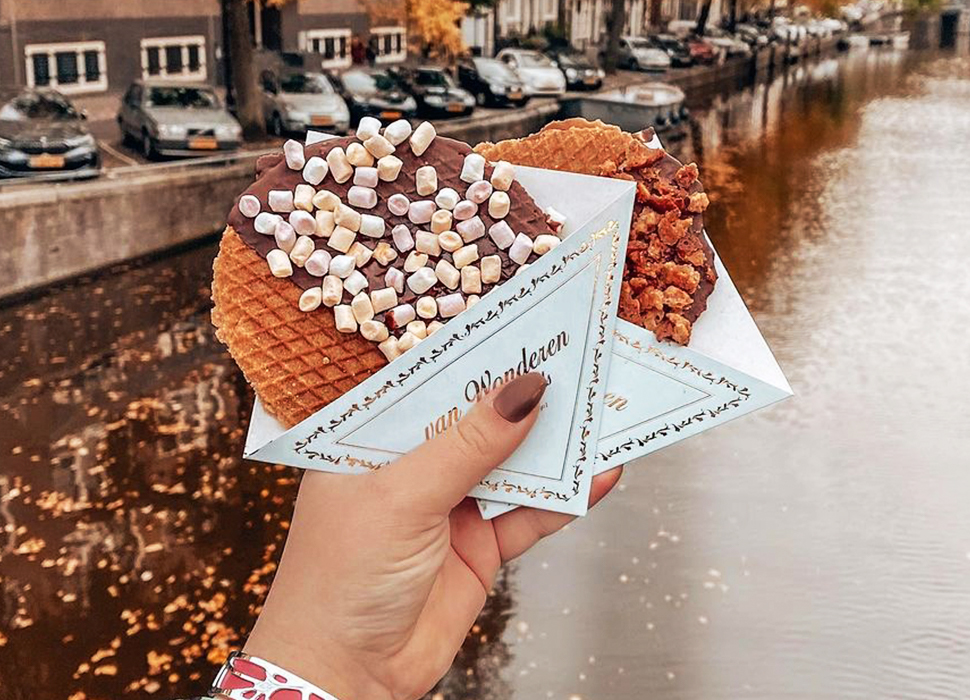 Apparently, the Dutch favourite stroopwafels were first invented by bakers using up old crumbs by pressing them in a waffle iron then gluing them together with sugar syrup for a cheap and tasty snack – from what would otherwise wind up in the bin. Whatever, they’re gorgeous. For best results chow down some king-sized badboys laced with caramel overlooking the Singel Canal at Lanskroon, or for sheer Willy Wonka-esque invention sample the colourful, customisable and marshmallow-encrusted confections at Van Wonderen down by the flower market.

5. Bike to the woods at Amsterdam Bos 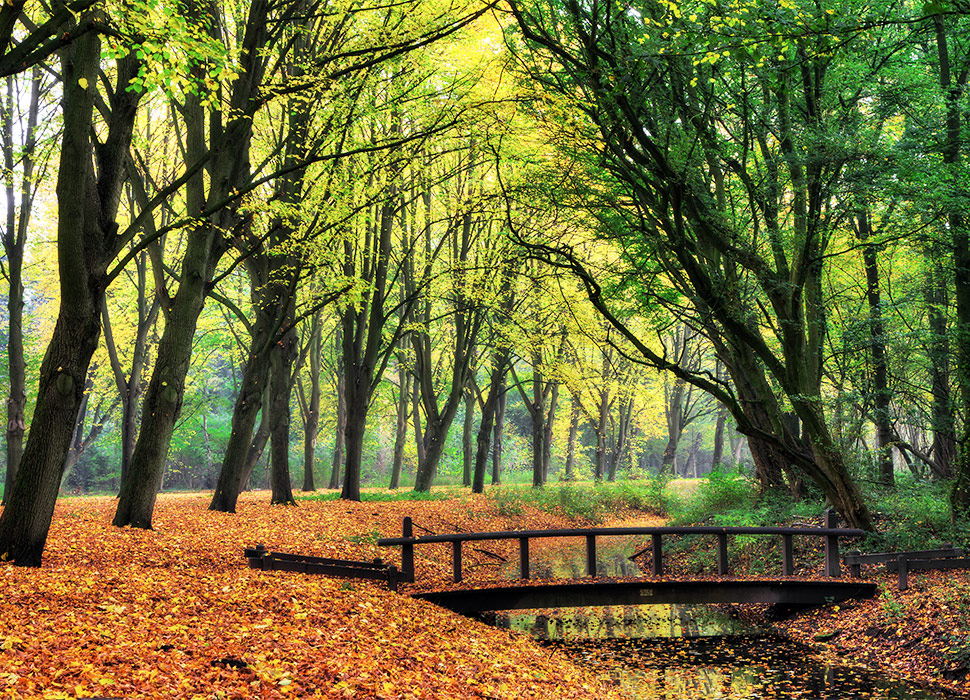 Folks around here love to zoom about on bicycles. For your own perfect two-wheeled excursion away from the downtown bustle, pedal over to Amsterdam Bos, a fairytale forest and recreational spot right on the edge of the town. Several kilometres of bike tracks criss-cross the bosky undergrowth, with lush meadows to stretch out over for a picnic, a petting zoo with friendly goats, a fancy botanical garden and an especially pretty stretch of canal where you can treat yourself to a rental kayak. In short, it’s Dam pretty. 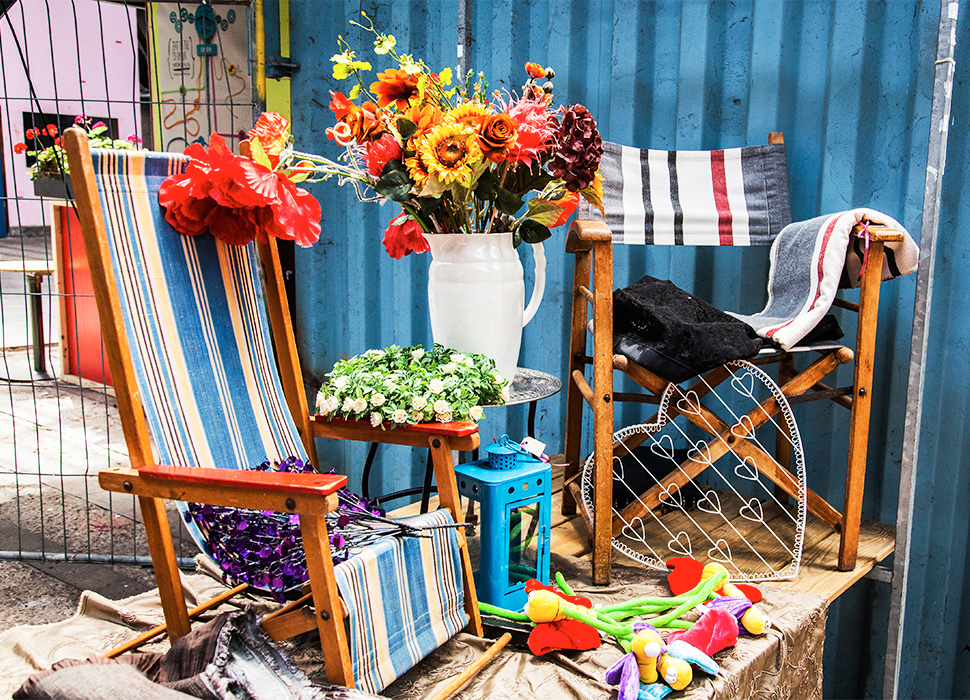 If you want to know what the hip young movers and shakers are up to, spend an afternoon mooching around Amsterdam Noord. The chic enclave, just over the water from Centraal station, had an unsavoury reputation until quite recently. Nowadays it’s all groovy boutique hotels and third-wave coffee. Once a month Europe’s largest flea market takes over the huge shipyard space at NSDM Wharf, and on your way in on the ferry from Central you’ll spot a disused submarine bobbing off shore. It’s modern post-industrial quirk, done right. 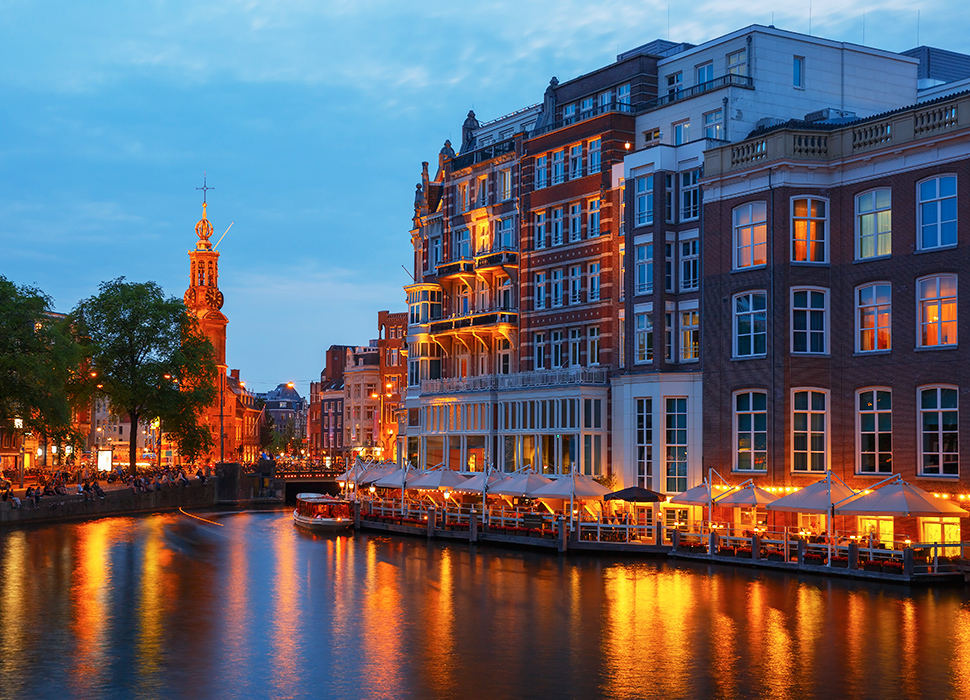 The Dutch Golden Age was a period in history when great advances in commerce, science, naval power, architecture and the arts saw the Netherlands thrive – inspiring (and paying for) the glorious architecture and treasures for which Amsterdam is famous. Nowhere is this more in evidence than one stretch of the Herengracht, famous for its grand 17th century manor houses. Celebrated in paintings and a frequent backdrop for period dramas, the Golden Bend is stately bit of living history that needs to be seen in person.

8. Take it nice and cheesy at De Kaaskamer 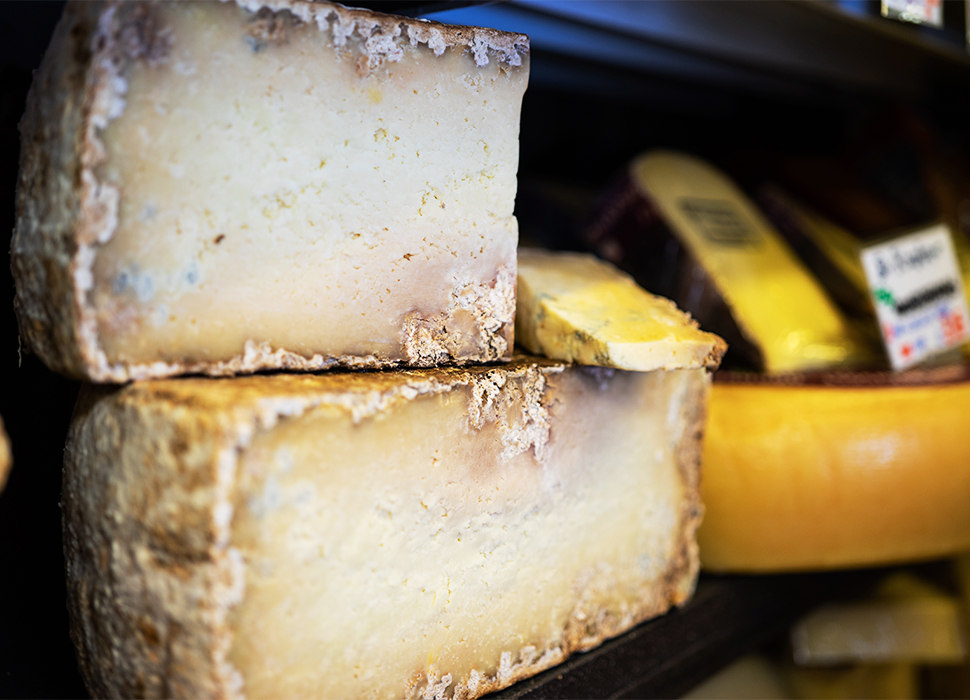 Love cheese? Prepare to go to heaven. De Kaaskamer is a pungent Amsterdam institution, with great wheels of yellow and orange goodies stacked from floor to ceiling. The gouda is good, especially the ‘farmhouse truffle’ edition shot through with sable-coloured Italian fungus. As is the organic Machedoux goat's cheese from the north of Holland, and the must-try (and agreeably-posh) smoked buffalo-milk Cacciocavallo from all the way down in southern Italy. They even do little sample gift boxes, to take home and make the cheddar in your fridge really jealous.

9. Dance atop a crane at Faralda 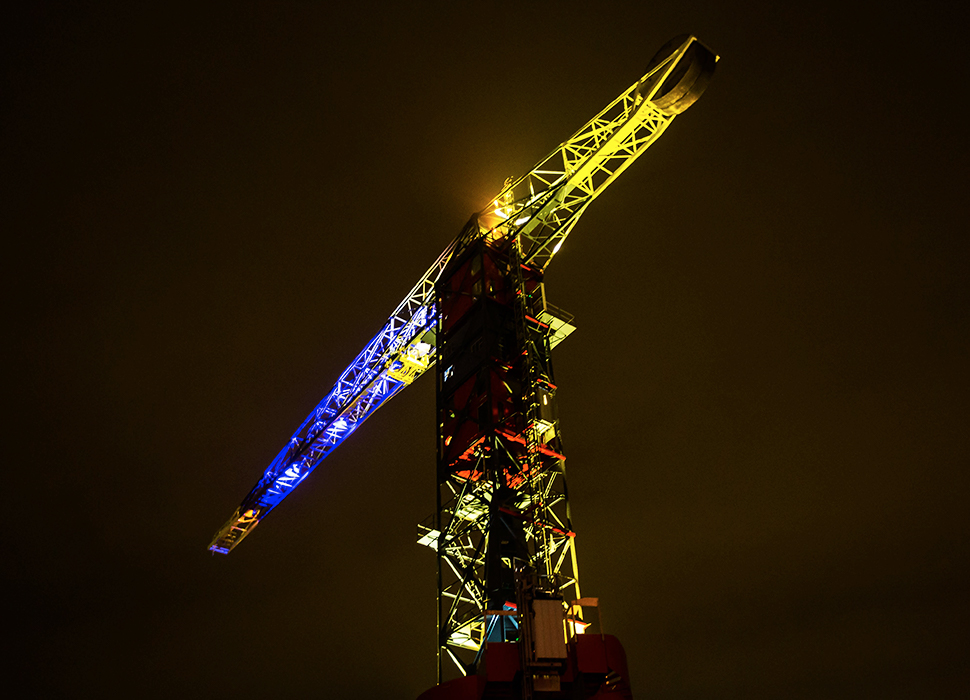 For a truly high-flying club experience, get online and wangle yourself an invite to Faralda, a bijou nightspot 15 metres up on a crane in the developed area of Amsterdam docks. Faralda is also a boutique hotel, with just three rooms. But the club room is where it’s at, kitted out with a poky PA and beloved by in-the-know influencer types. Exclusive, quirky and off the beaten track, who’d have thought partying on a crane could be so uplifting.

10. Sip craft beer at a windmill at Brouwerij ’t ij 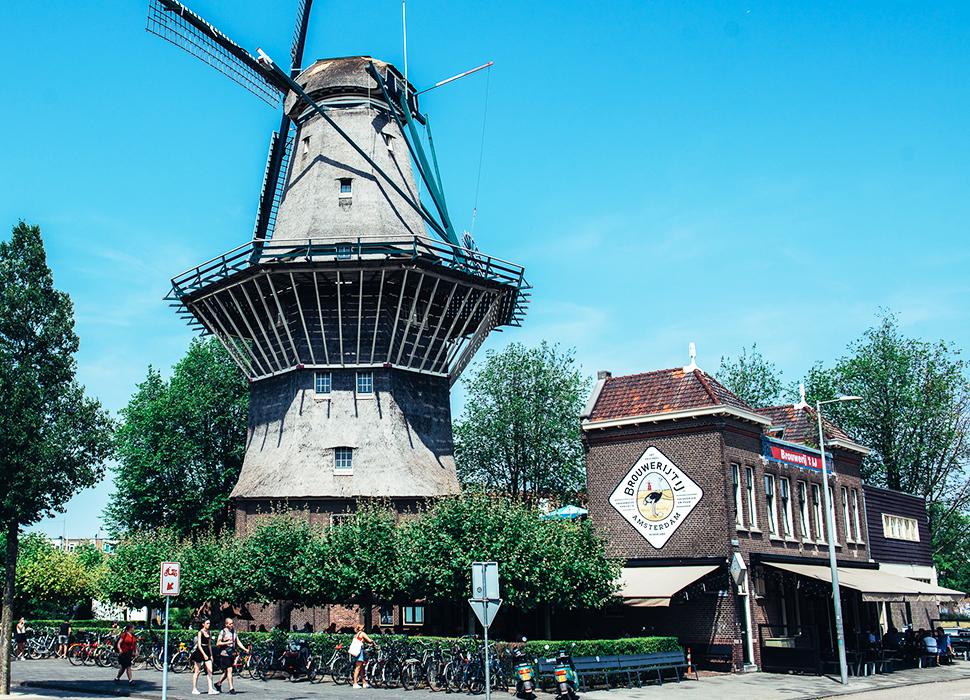 No journey to this part of the world would be complete without a visit to a windmill. So why not have a beer while you’re at it? Although the two, to be clear, are totally separate entities, the Brouwerij ’t ij craft brewery and its taproom is located very much in the shadow of Windmill de Gooyer, Amsterdam’s biggest wooden windmill and an imposing centuries-old relic. Stake out a spot on the terrace and sup a proper beer as your well-earned reward for all that irksome sightseeing.