The Dutch hotspot is famous for its nightlife, bike culture and cheese, but the overall history, culture and style of this city of canals is what makes it extra-special.

It’s no secret this is a cycle-friendly city and you’ll find hire shops on every corner. Pedal along the picture-perfect canals past higgledy-piggledy waterside houses and 13th-century architecture and end up at Museum Square (Museumplein). Here you’ll find three major museums – the Rijksmuseum (known for its Rembrandt collection), the Van Gogh Museum and the Stedelijk museum – all within walking distance of each other.

Soho House has added some design-cred to the centre of the city, while there are plenty of under-the-radar eateries such as New York-inspired Carter with its buzzy vibe and delicious menu and the neon-drenched hipster cafe Betty Blue. Whether you’re taking the kids on a cultural city break or checking out the nightlife with pals, Amsterdam’s a city that rewards the open minded.

The best of Amsterdam 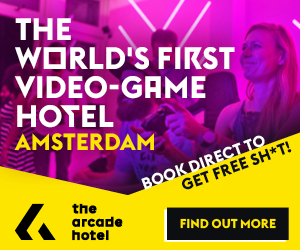 Take out your anger on a banger in Amsterdam

Is taking a massive hammer to an old Ford Focus an effective cure for stress? Travel to CarSmash in Amsterdam to find out

More to see in Amsterdam