Across the narrow sea there’s an ancient world slowly sinking into the sand – but all is not as it seems. We visit Morocco’s secret film studio, where props from some of the most famous movies ever are gathering dust in the desert

We’ve been driving for a few hours out of Marrakech. Away from civilisation – or so we think. But then, somewhere on the edge of the Sahara, we find ourselves in… Ancient Egypt. A mirage? Kind of.

The sphinxes basking beneath the midday sun are fibreglass and the imposing palaces just façades propped up by scaffolding, part of a set originally built for 1999’s action-horror The Mummy. The props now languish next to dozens of other discarded sets behind the gates of Atlas Studios, the world’s biggest (by acreage) film production hub. 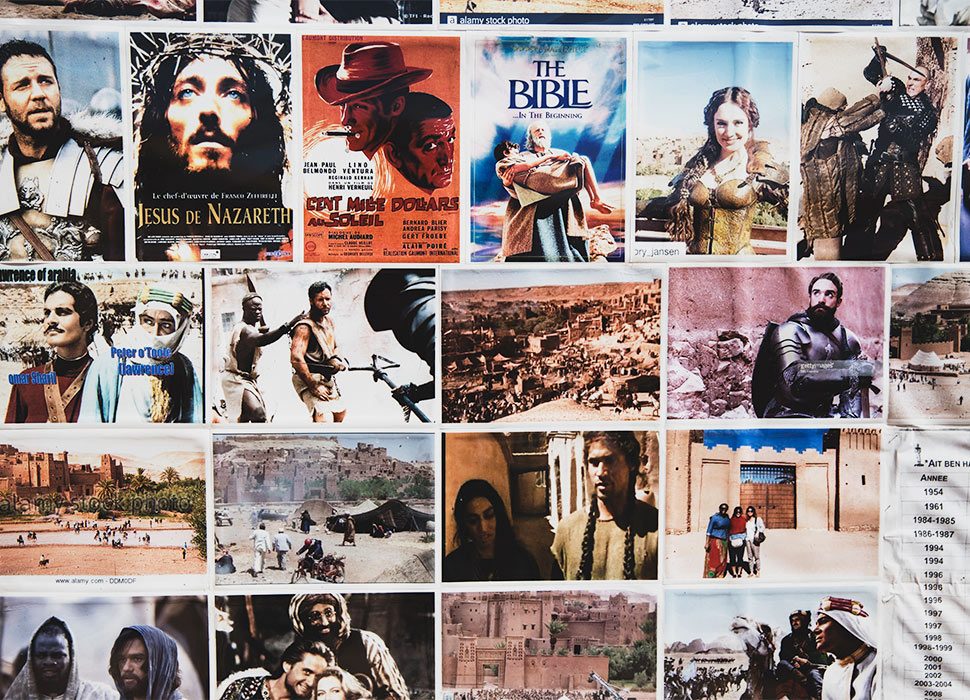 Atlas Studios stands a few kilometres outside the Moroccan town of Ouarzazate, a winding, bumpy drive south-east of Marrakech past the snow-capped High Atlas Mountains. The studios, used in productions including Star Wars, Kingdom of Heaven, The Jewel of the Nile, Gladiator and Game of Thrones, are open all year round, and for 80 Moroccan dirhams (about €7.50), anyone can visit. But Universal Studios this is not. It’s more dust and desolation than glitz and glamour – a vast, peculiar landscape of marooned aeroplanes and abandoned villages, arranged in no particular order across more than 12 hectares of land. While guided tours are available, visitors are also free to wander the sets alone, a hallucinatory experience in the shimmering desert heat. 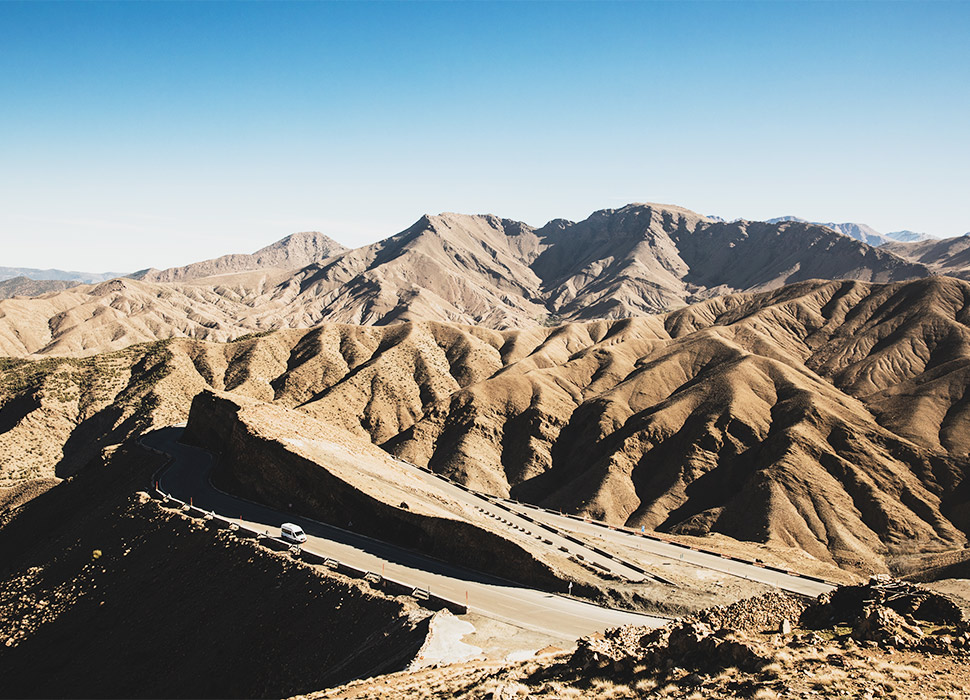 The road to Ouarzazate

After walking through an echoing Buddhist temple, last used in Martin Scorsese’s 1997 Dalai Lama biopic Kundun – the Atlas Mountains were handily reminiscent of Tibet – I emerge to find a towering mock-up of Noah’s Ark beached on the sand. Around the corner, past Roman marketplaces and recreations of Jerusalem, a set of stone steps lead up to an imposing door that opens onto nothing but blue sky, like a Surrealist painting. In a chilly hangar there’s a prison set from 2013’s BBC fantasy drama Atlantis. A hole suggests someone has tried to break out – not hard when the walls are polystyrene. 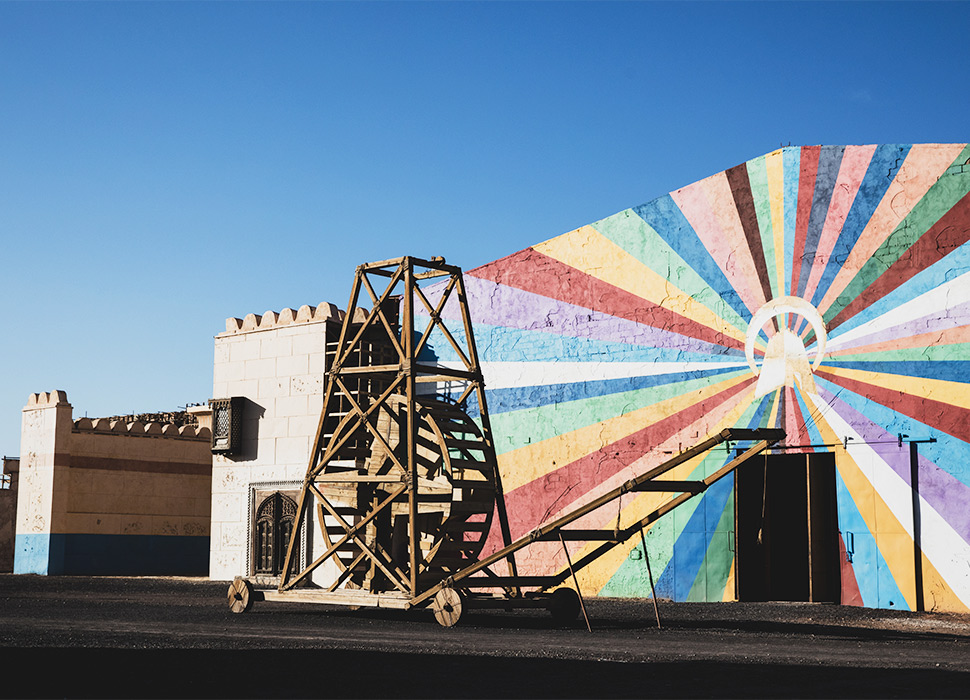 The Atlas Studios lots are littered with backdrops and props

Many of the sets date from Atlas’s inception in the early 1980s and, after decades outside in a harsh climate, they’re showing their age. That doesn’t seem to bother the filmmakers who flock here. There’s so much land, they can always knock up a new one. What’s more important is the environment, untouched by signs of modern life and adaptable enough to stand in for many real-life locations where it’s too unstable or politically sensitive to film.

“Producers come here because it’s safe and quiet,” says 27-year-old Ibrahim Ghali, who works as a guide at the studios, when he’s not appearing as an extra in films including 2015’s Ben Kingsley drama The Physician and TV mini-series Tut. “There’s sunlight, space and incredible landscapes.”

Originally a stop on the old trans-Saharan trade route, Ouarzazate (pronounced a bit like ‘wuzza-zat’) has been a popular destination for filmmakers since the 1960s, when it was used in Lawrence of Arabia and, later, the original Star Wars (fans may recognise the partly restored ruin of Taourirt Kasbah). With the addition of Atlas, which opened in 1983 to cater for this burgeoning industry, and neighbouring CLA Studios, opened in 2004, the town has become known as Morocco’s ‘Little Hollywood’ or, as a sign at the entrance to Atlas Studios has it, ‘Ouarza-wood’. Ghali estimates that around 20% of the 60,000-odd inhabitants of Ouarzazate now work in the film industry, some behind the scenes in set building and logistics, but most as extras. 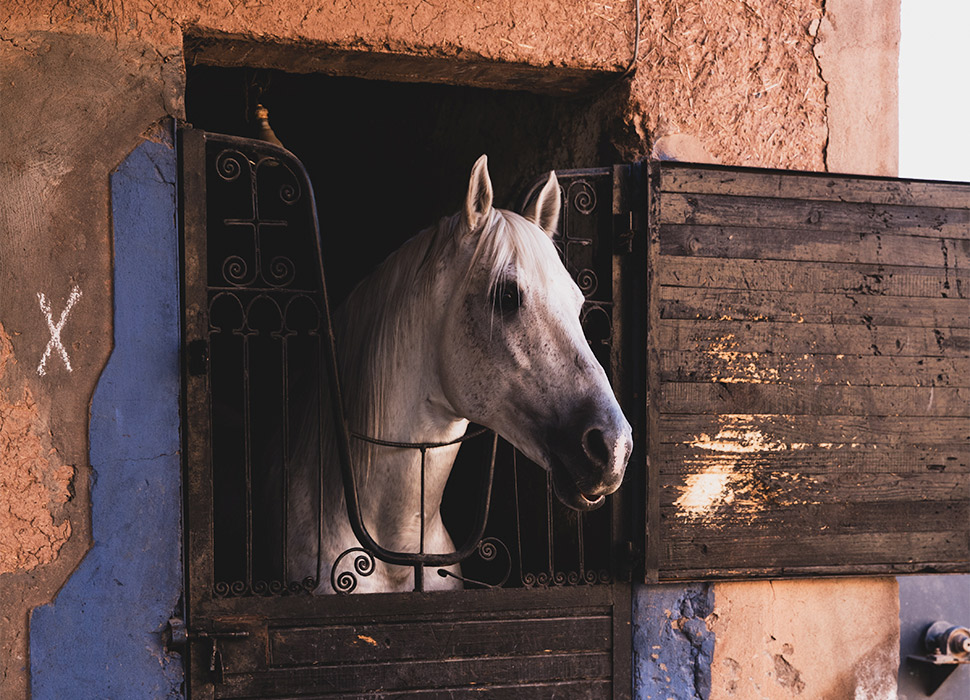 News of a forthcoming shoot will often prompt locals to grow beards or dye their hair in an attempt to secure work, for which they can earn between 100 and 300MAD a day. It should come as no surprise then, that locals who speak little English still know how to say “Game of Thrones”. The TV series was filmed in part at Atlas, including on a sprawling set that stands in for the infamous Red City of Astapo (a separate tour in itself). The show’s epic crowd scenes provide endless employment opportunities for the town’s jobbing actors and everyone seems to have a story about meeting Emilia Clarke, aka the platinum-haired Khaleesi herself, Daenerys Targaryen. Ghali has met her several times. “Have you seen the Khaleesi’s horse?” he asks with a grin, before leading us to meet Parcil, who plays the heroine’s silver mare, modestly sharing stables with humble, bit-part horses. 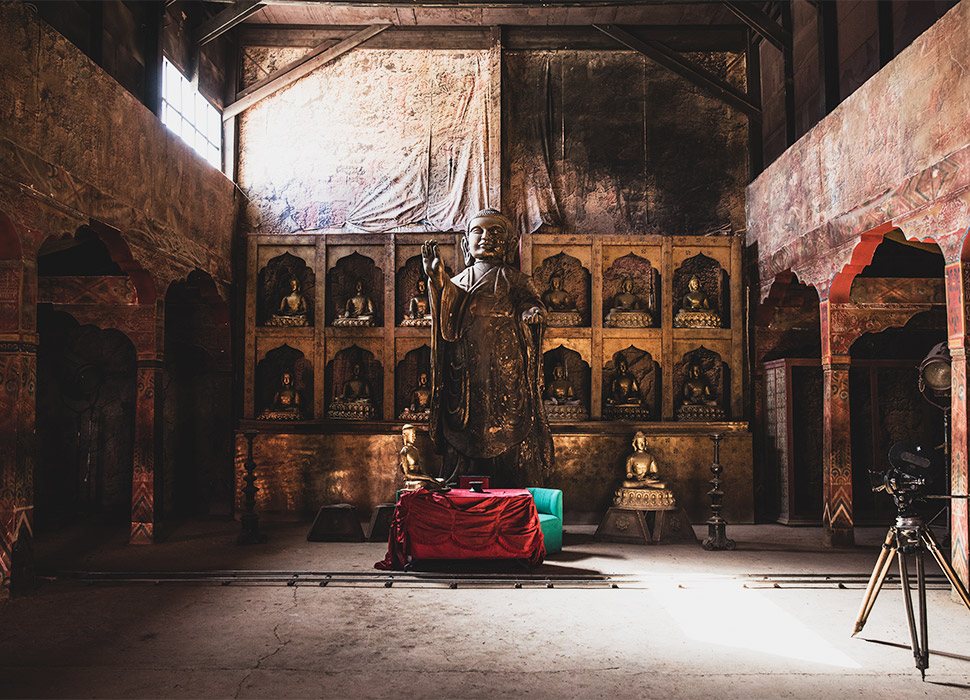 The Studios are a surreal collection of styles

The Mother of Dragons is also popular in nearby Aït-Ben-Haddou, a Unesco-listed fortified village whose reddish, mud-brick buildings appear as the far-flung cities Yunkai and Pentos in the epic TV series.

“I have a picture on the wall at home of me with the Khaleesi,” says artist Mustapha Aiachie, 33, who has been appearing as a film extra since he was a child. “She spent time in the village and ate tagine here.” Aït-Ben-Haddou first appeared on screen in Lawrence of Arabia and has since been used in Time Bandits, Gladiator, Babel, Alexander and many others. If 20% of Ouarzazate works in the film industry, it seems that almost everyone in Aït-Ben-Haddou does. Either that or tourism, though Mohammed Hamidi manages to combine both. 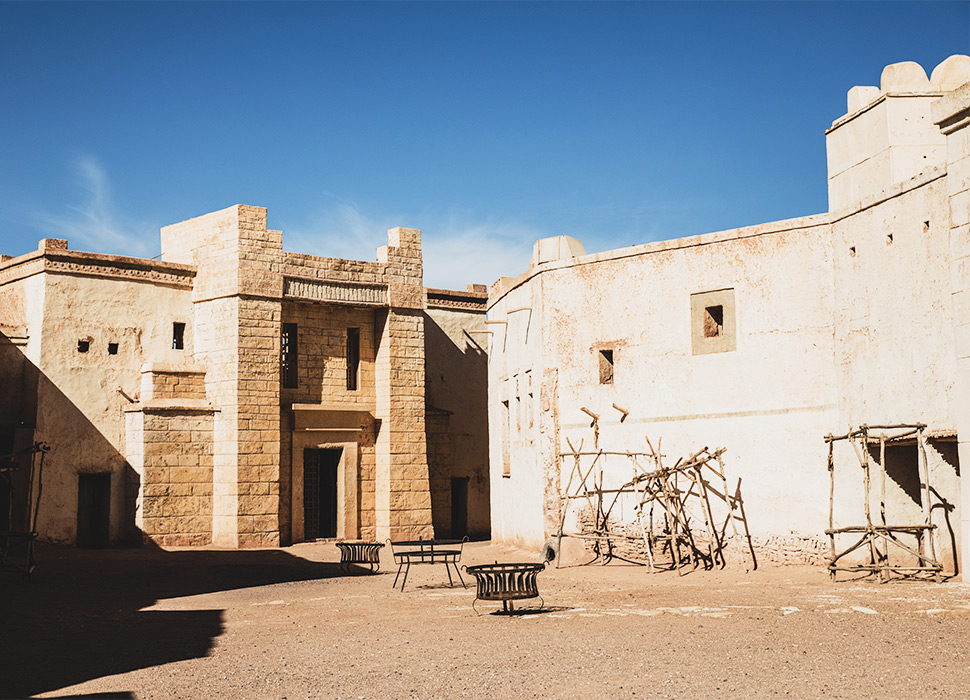 The façades of the buildings seem eerily familiar

The 58-year-old welcomes us into his traditional Berber home, then insists on leading us down to the cellar, where he lights a candle to reveal his collection of reproduction Roman shields, swords and helmets – souvenirs from his role as an extra on Gladiator. Like many locals, he has never seen any of the productions he’s appeared in and has no interest in changing that. The allure of the movies is simply the promise of regular work.

Fortunately for Hamidi, it’s unlikely to dry up any time soon. Since the Moroccan government introduced generous tax breaks for foreign shoots in 2018, more and more production companies are rushing to get a piece of the pastilla. The desert? It’s just so hot right now.