WE GET THE INSIDE TRACK ON WHERE THE BEST CHEFS AROUND OUR NETWORK LOVE TO CHOW DOWN. THIS TIME, MEET Andrew Cibej of Marrakech's +61

Amid the bustling streets and overwhelming sensory explosion of Marrakech, +61 is an oasis of calm – a place of respite for both brain and belly that’s landed its founders, Cassandra Karinsky, Sebastian de Gzell and chef Andrew Cibej, at the top of the city’s must-visit lists despite being a relative newcomer on the scene. 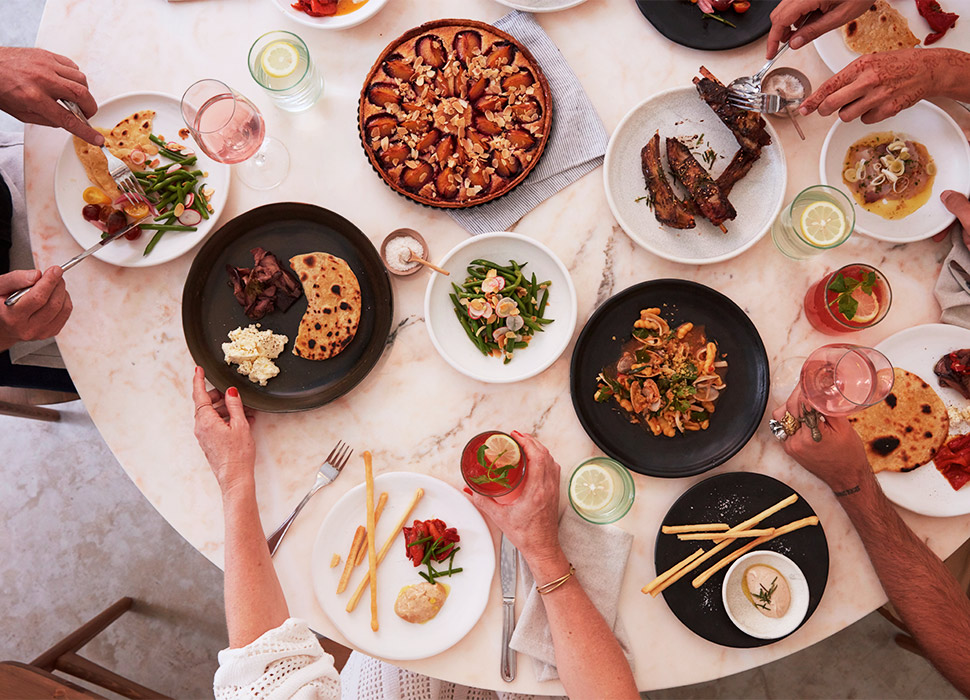 A banquet table at +61, which brings a tranquil vibe to bustling Marrakech

Originally from Australia, but having lived in Morocco for 16 years, Karinsky’s mission was to fill a much-needed hole in the city’s food culture. Craving somewhere that could provide light, healthy cuisine among the carb ‘n’ couscous heavy staples of the local diet, she set up the restaurant in Marrakech’s more modern Gueliz district with Cibej – who’d previously helmed spaces in Sydney and Hong Kong – three years ago.

“The ethos and the idea has always been the same: to offer a really unpretentious, casual, clean place to eat with fresh, clean food,” she explains. “Since I’ve lived here, the food scene really hasn’t changed that much. It’s getting a little different now over the last couple of years, but there’s still a lot to be done. I’m still shocked at how it hasn’t evolved better and faster.” 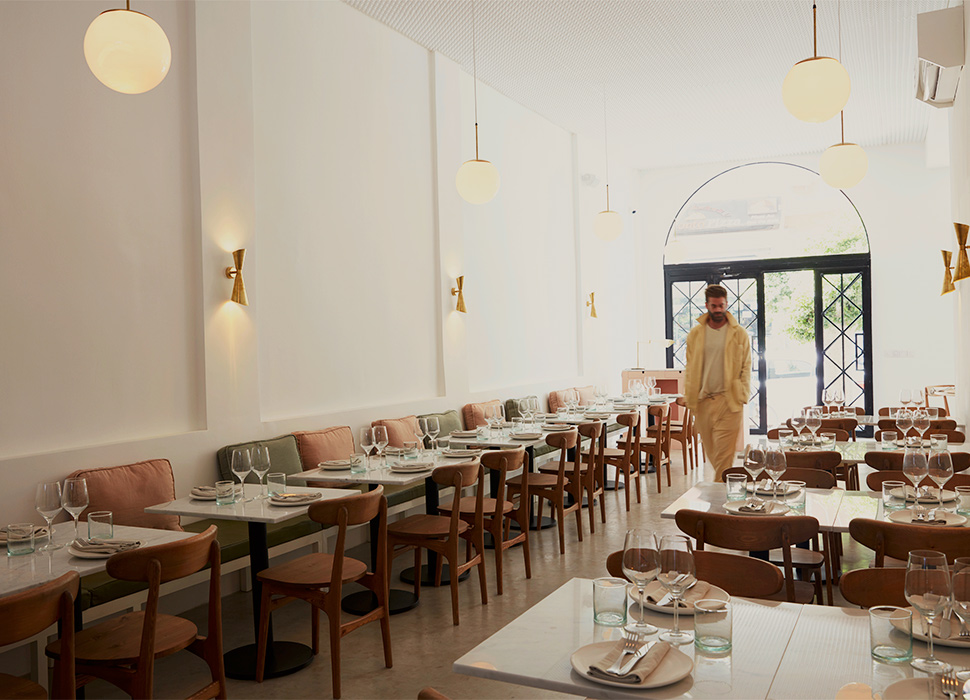 To play their part in pushing forward Marrakech’s offerings, +61 takes a multicultural approach to its menu but prioritises using local produce and working with traders from the region wherever possible.

“We try very hard not to use anything imported; all the seafood is as local as it can be, the meat is all local, we don’t use anything out of season,” explains Cibej. “The menu is a melange of different places, primarily from Southeast Asia and Italy, which is where my food background is from. We’re not going to sit here and try to reinvent the tagine.” 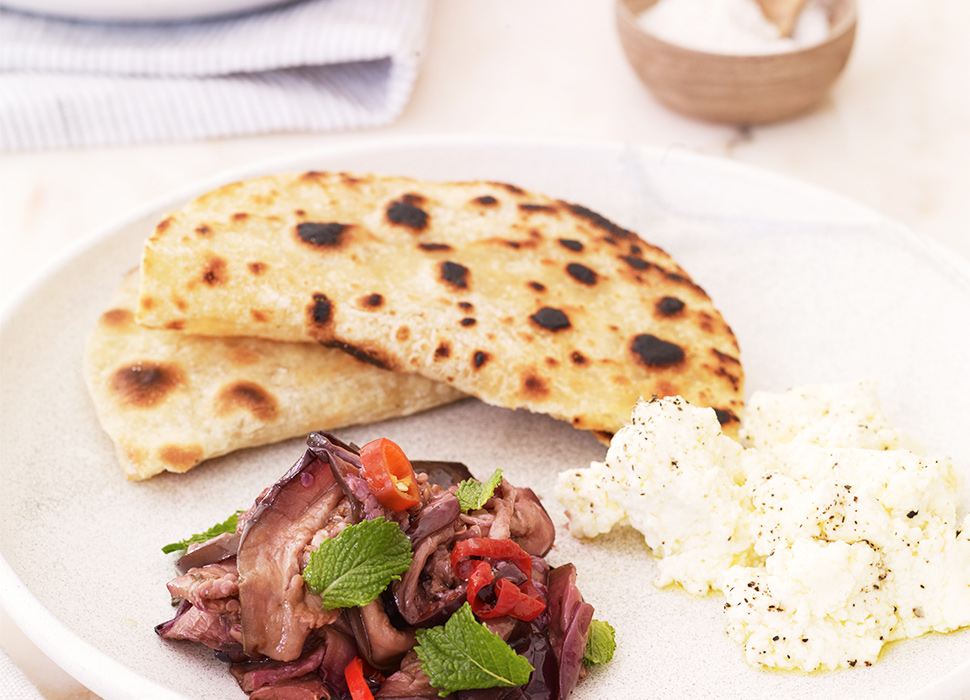 A dish of ricotta with pickled eggplant and piadina flatbread

The result is a menu that takes in fragrant curries and steaming gyozas, via leafy salads, crispy calamari and their most famous dish, an espresso-laced ricotta panna cotta.

“It’s almost impossible to get a salad anywhere in the city – in a lot of places, you’ll order a big [sharing] dish and the salads will be a pasta salad and a rice salad, and then you’ll also get chips and bread. Cassie’s idea with the restaurant was to make somewhere that was a little bit more like home,” says Cibej.

Which is not to say he’s not prone to some more traditional Moroccan foodie fare, too. Read on to check out the chef’s guide to the best places to eat in Marrakech, from street food heroes to more upmarket treats. 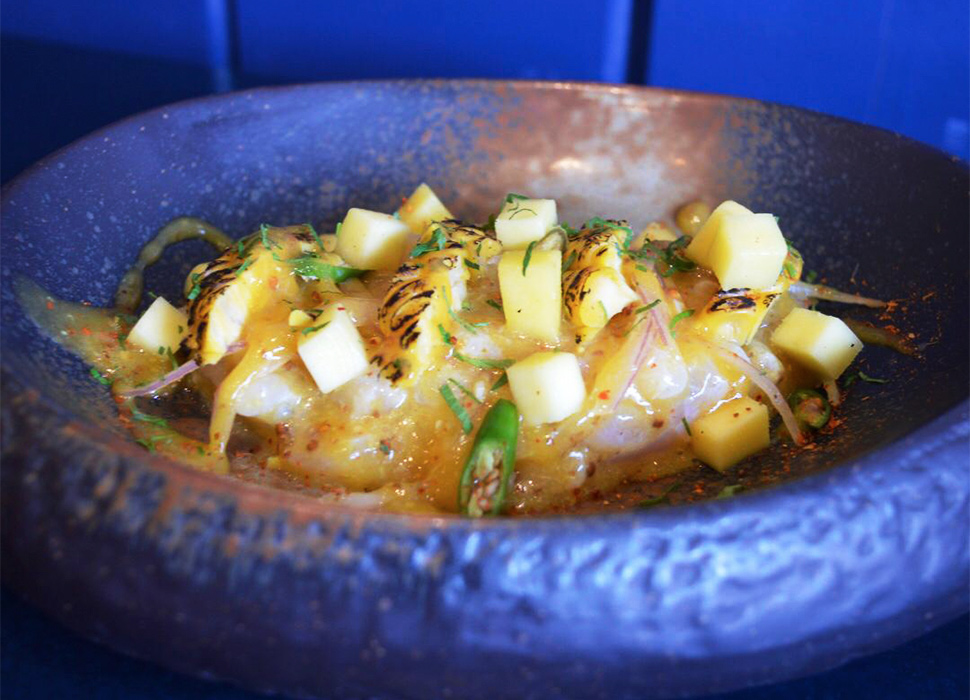 Gallic-Asian fusion is the pull at this relaxed spot

Le Petit Cornichon: “It has good modern French cuisine, with a lovely ambience and a really nice wine list. It’s the most relaxing, well-serviced place to go. They’ll throw in an attempt at an Asian dish occasionally, but their strengths are their classically-associated French dishes. That said, I remember having a very good truffle spaghetti with fresh sliced truffles there at Christmastime too.” 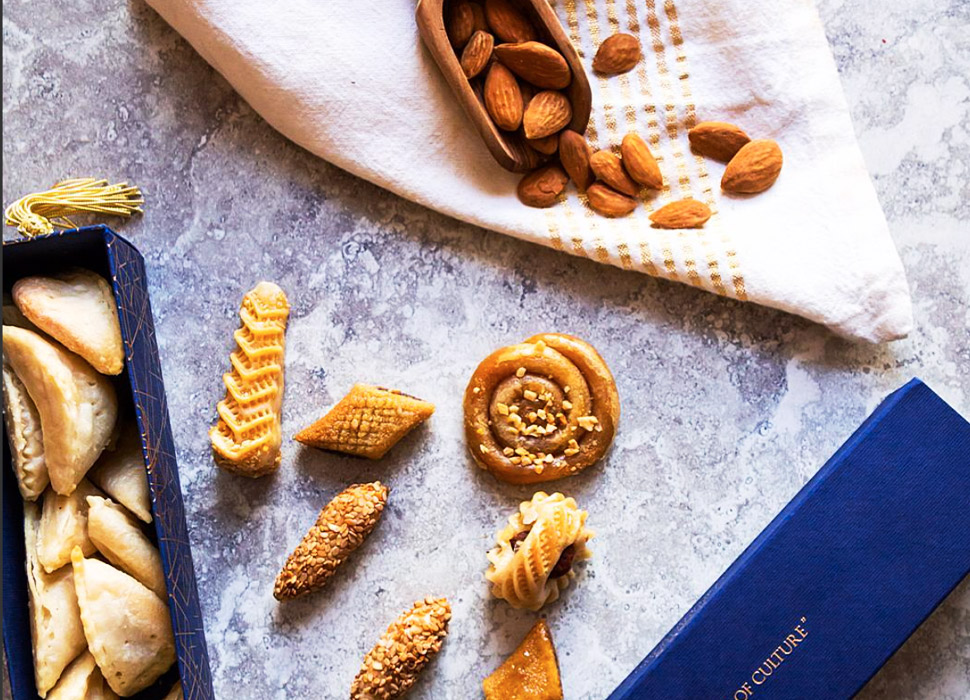 Amandine: “Amandine is a patisserie just round the corner from us – go there for Moroccan pastries and little things shaped like gazelle hooves (called gazelle) which are scented with rosewater. They do amazing French pastries and croissants as well.” 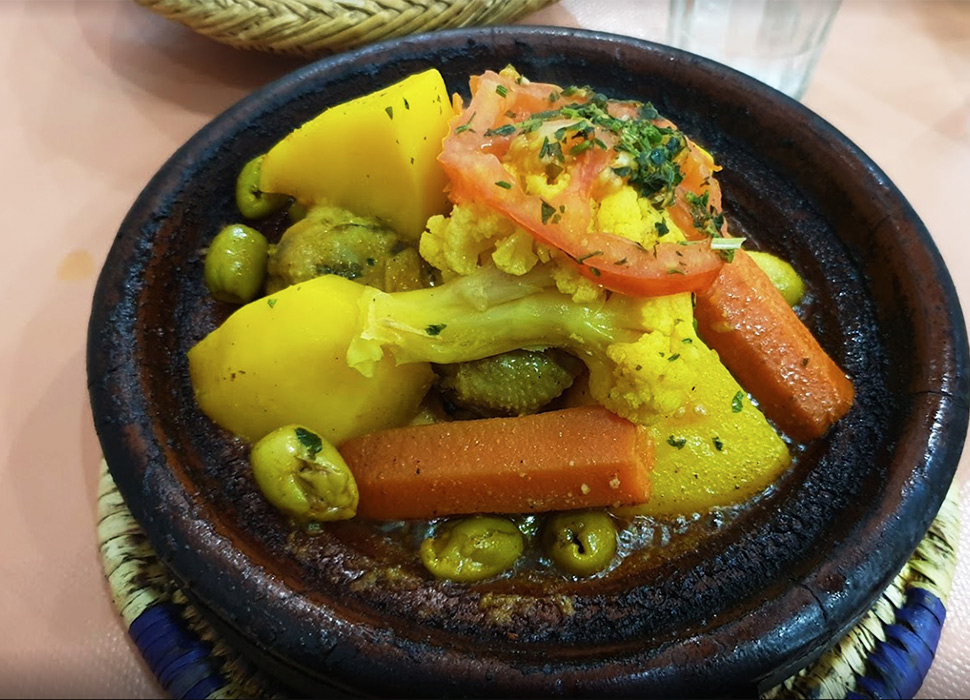 El Bahja: “The really good food here is in the equivalent of the trattorias – the little diners, the little barbeque places. Some of the street food is amazing; I’ll take a chance and have some of the chicken bruschettes on the side of the road, where they’re grilling livers and sausages and throw them all together. It’s such a powerful part of the food here. Everywhere you walk you’ll smell and hear the sound of things cooking on coals and it’s beautiful. I go to this street that’s full of little barbecue places and have that with some loubia, which are white beans, or some lentils.” 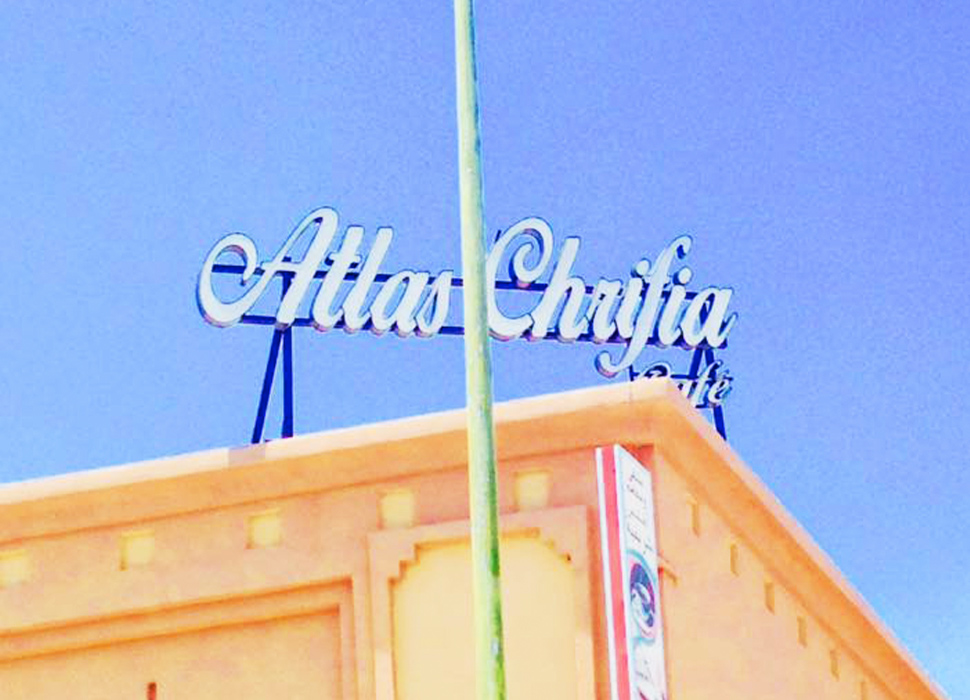 Atlas Chrifia: “There’s a spot on the road to the mountains with quite a modern set up, where they’ll be baking the bread fresh to order. Then in the open butcher’s shop you can choose what you’d like, they weigh it out and send it to be barbecued. There’s also a huge tagine set up with 20 or so small tagines all at various stages of cooking. It’s all open plan and it’s amazing.”

Snack Al Bahriya: “Some of the local soups like bessara are great when you finish work late at night; you can go and fill your boots with split pea soup and things like that. So much of the street food in Marrakech is simple but amazing. You can have a freshly boiled egg stuffed into a warmly buttered bread and a sweet pot of tea for breakfast, and places that do that are everywhere. It’s very visceral, hand food. Same with the soups – you can just sit on a crate and watch them juggling plates, teapots, and pans on little gas burners.”