This tiny Marrakech plunge pool is a magnet for bloggers. We took a dip and asked: How did it get to be so famous?

When it comes to posing, I’m clueless. It might be a staple in the millennial arsenal, but not in mine. Yet here I am, stripped down to a bikini, lowering myself into a freezing plunge pool. My fiancé looks down from a mezzanine above me, snapping away on his camera phone. I pour mint tea from an ornate silver teapot. I nonchalantly hold an orange. I don a straw hat. I twirl. I regret my second helping of pancakes at breakfast.

You see, I’m here in search of social media’s holy grail – the perfect Instagram shot. Because this isn’t just any pool. It’s one of the most photographed and most recognisable swimming pools in the world, flocked to by bloggers and tourists. It’s striking, with turquoise-green and white tiles, framed by perfectly positioned palms and plants, in front of an elaborate cactus mural. This is the pool of Le Riad Yasmine, Marrakech. 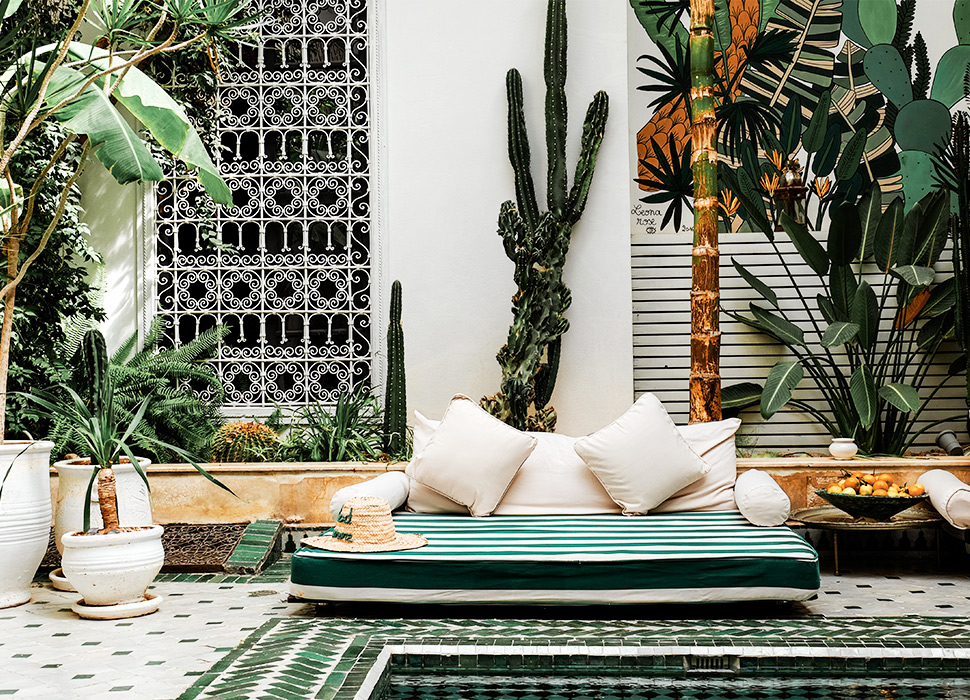 The boutique hotel in the heart of the medina is run by Alice and Gabriel, a chic young French couple who moved to Marrakech three years ago to take over the family business. The pool and riad’s rise to fame has been rapid and recent. “We arrived and it was just empty,” Alice tells me. “No guests at all. It almost closed.” She pauses. “We didn’t know that this pool would change our lives.”

Taking a punt, Alice decided to message the account of Gypsea Lust, aka Lauren Bullen, an Australian Instagram ‘influencer’, inviting her to stay a night at the hotel if she ever visited the city. An influencer, in case you’re wondering, is generally considered to be someone with a following of over 100,000. Lauren’s is over two million.

Her boyfriend Jack Morris – known as DoYouTravel – has nearly three million. Combined, they’re some of the social network’s most powerful professional posters. “I wasn’t expecting much,” Alice says.  But as it happened, Lauren and Jack were travelling to Morocco a few months later. A message landed in Alice’s inbox: We’re interested. 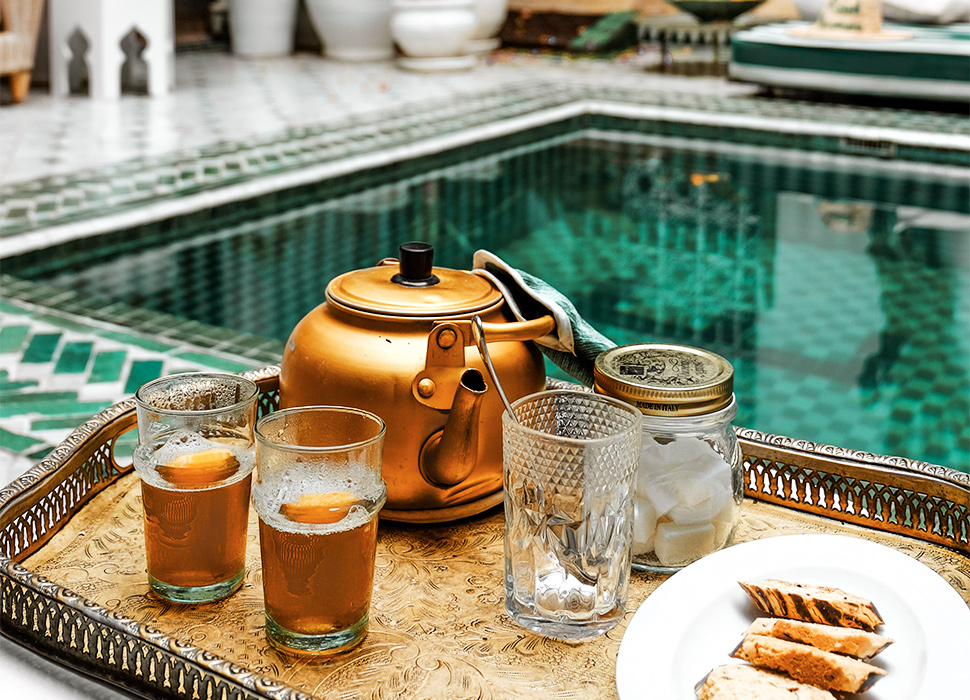 “We looked at their website and thought we could definitely get some nice photos there,” Lauren tells me. She and Jack are calling from their home in Bali – considered the perfect base by many social media stars.

“After arriving, we got up early and asked to have breakfast by the pool.” They laid out glasses of juice and tea, and a bowl of fruit filled with vivid oranges and bright bananas offset by the striking turquoise tiling beneath. Lauren got in the pool and Jack lounged on a striped day bed by her side. “It was a nice moment.”

"We knew it was a pretty good photo, but we never expected it to go viral"

The couple had set up a tripod outside their bedroom and with the tap of a remote control, an iconic snap was taken. Over the next two days, they shared the photo with their respective followers, quickly totting up hundreds of thousands of likes and shares. “We knew it was a pretty good photo, but we never expected it to go viral the way it did,” Lauren says.

“It just became really, really crazy.” Alice shakes her head, still in disbelief. The once-quiet eight-bedroom riad, and its picture-perfect pool, were inundated. “Emails, followers, comments, likes… We were like, what is happening?” The hotel’s own Instagram following rocketed from a few hundred to over 100,000. “In a few weeks, everyone wanted to come here.” 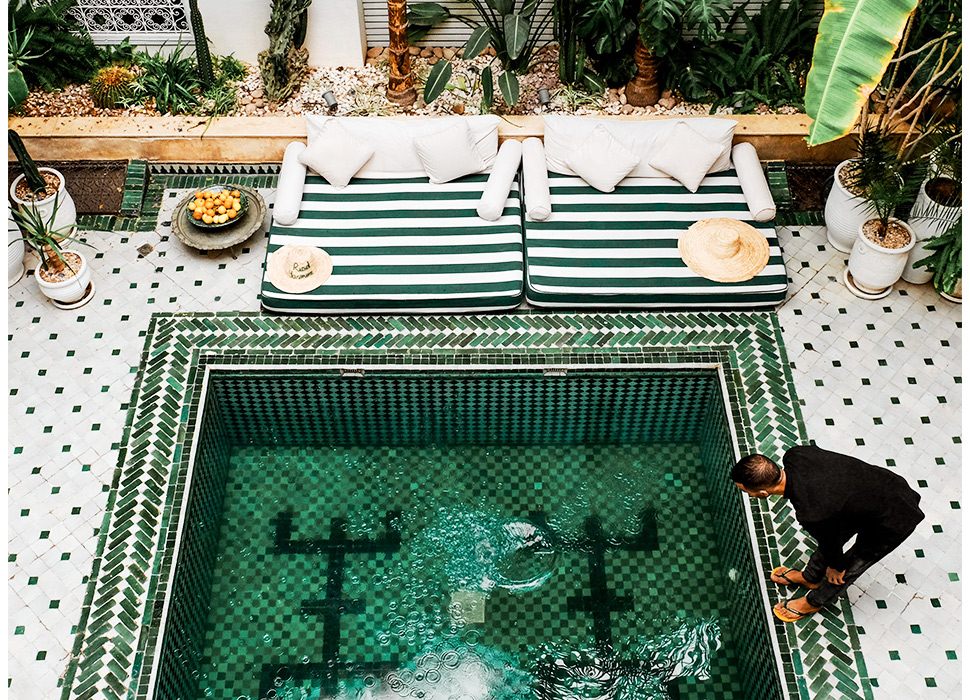 A couple of years on, not only is the riad now almost always fully booked; every day, people knock on the door, clutching a print-out of that famous picture in their hands, asking to come in and recreate it themselves. It begs a question. Yes, the colours here are both bold and soothing, and even the riad’s cats are photogenic, but it’s not so very different from others in the city. So, why did that photo resonate so much with the online audience?

Alice and Gabriel ponder the same thought. “It’s not even a very big pool,” she laughs. “Perhaps it’s all the plants around? The tiles? Or because we were the first to have one very successful blogger take a picture?”

Unsurprisingly, Jack and Lauren agree with the latter. “Obviously, the hotel’s beautiful, but at the time, not many people were posting content from Morocco in general. It was a unique shot that hadn’t been shown to an audience on Instagram,” Jack says.  “With boutique hotels, we can set up their whole business,” Lauren adds.

A recent study by WeSwap found that 34% of millennials said they booked a holiday because of content they saw on social media. One-third believed that posting photos on social media is as important as the holiday itself. “It’s just a new kind of travelling now,” Alice says. “The new generation like to have pictures of themselves in the beautiful places.” How many come to visit, simply for the photo? I ask her. “Almost 100%,” she says. 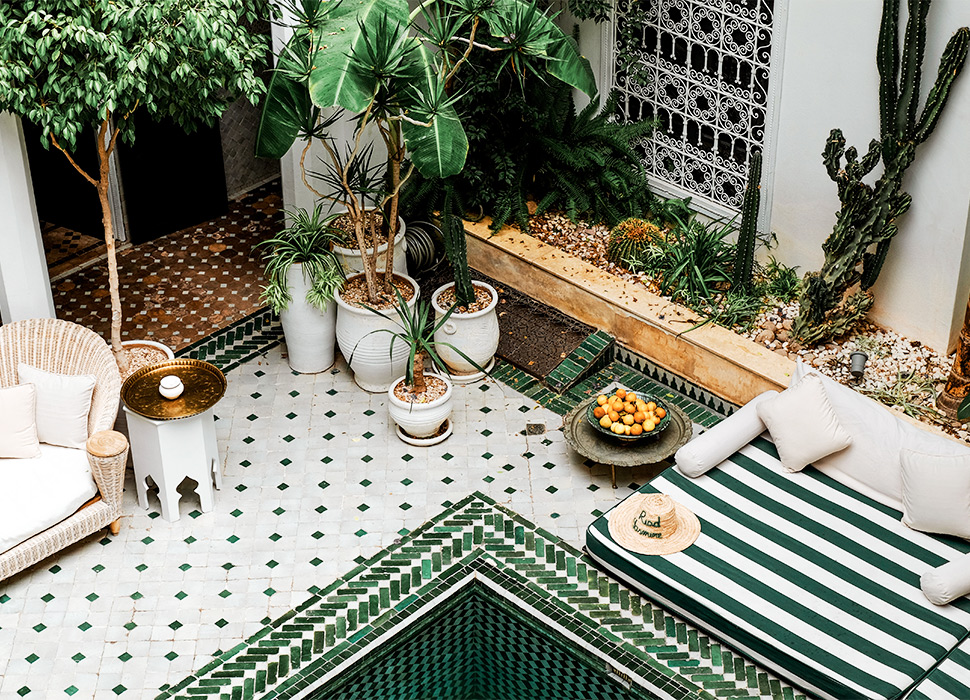 As I depart, another Insta-famous couple arrive for their turn at the perfect shot. They’re in the city for an influencer conference. Groomed and styled, with a huge camera and bags of accessories gifted by brands, these are professionals.

As for me? I post my photo when I get back to my hotel room. It needs #nofilter and generates more likes than usual. And, as I scroll through my camera roll, filled with hundreds of photos of this Instagrammable city, it’s the ones of Le Riad Yasmine that draw me in. No wonder, then, that Alice and Gabriel are opening a second riad, Le Petit Yasmine, imminently.  Were they thinking of Instagram when designing it? I ask. “All the time,” they reply.