Relax in the revamped courtyard at Amanjena / Image: Courtesy of Aman

The hottest hammams in Marrakech

In and around the bustle of the Medina, pure bliss and relaxation can be found at these dreamy bathhouses

Relax in the revamped courtyard at Amanjena / Image: Courtesy of Aman 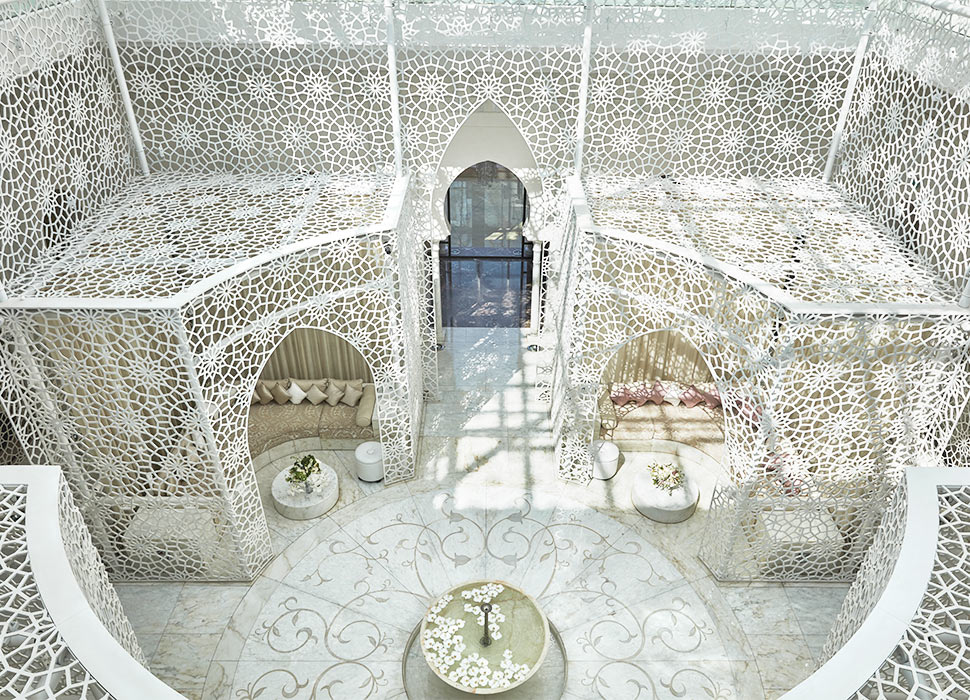 Get the ultimate regal pampering at Mansour / Image: © Isaac Ichou

This hammam is, quite literally, fit for royalty. No, really: the five-star hotel that houses it was commissioned and is still owned by King Mohammed VI of Morocco. Over 1,500 artisans worked on creating and decorating the hotel. That manpower is evident in its amazing mosaics and the delicate latticework that frames the spa reception, and the hammam itself is sculpted from marble. Treatments are similarly a step above – you’ll be ritually washed, rinsed with floral waters (nothing as gauche as tap water here) and massaged with argan oil until you end up a scented, linen-swaddled puddle of bliss. 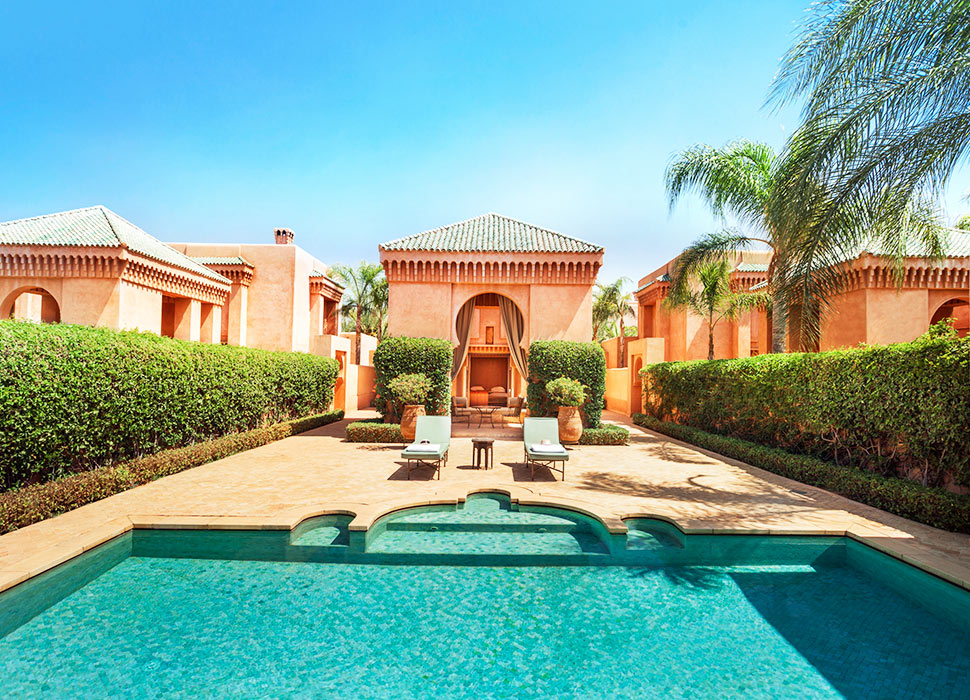 Make the most of the sun at Amanjena / Image: Courtesy of Aman

Go just outside Marrakech to find the five-star Amanjena hotel. A glorious mirage of dusky pink and emerald tones, the hotel and its in-house Aman spa had got a bit tired – so it was renovated in 2015 and is now a very good luxury option, if your budget allows it. For £100, you’ll be washed with black olive soap, coated in a nourishing mask and scrubbed in one of two beautifully tiled steam rooms before being massaged with oils. Access to a hot tub and a whirlpool bath that opens onto a relaxation courtyard, complete with gently burbling fountain, is also included.

An innovators in Marrakech’s spa scene, this hammam claims to have been the first to create rosewater baths and private double cabins in the 2000s – both of which are now seen the world over. Today, it’s become a solid choice for lovers who can’t bear to be separated, thanks to those same duo baths and cosy couples massage rooms (a rarity in the city). The company also has its own cosmetics line, manufactured using Moroccan ingredients, should you wish to take a small piece of the spa home with you. 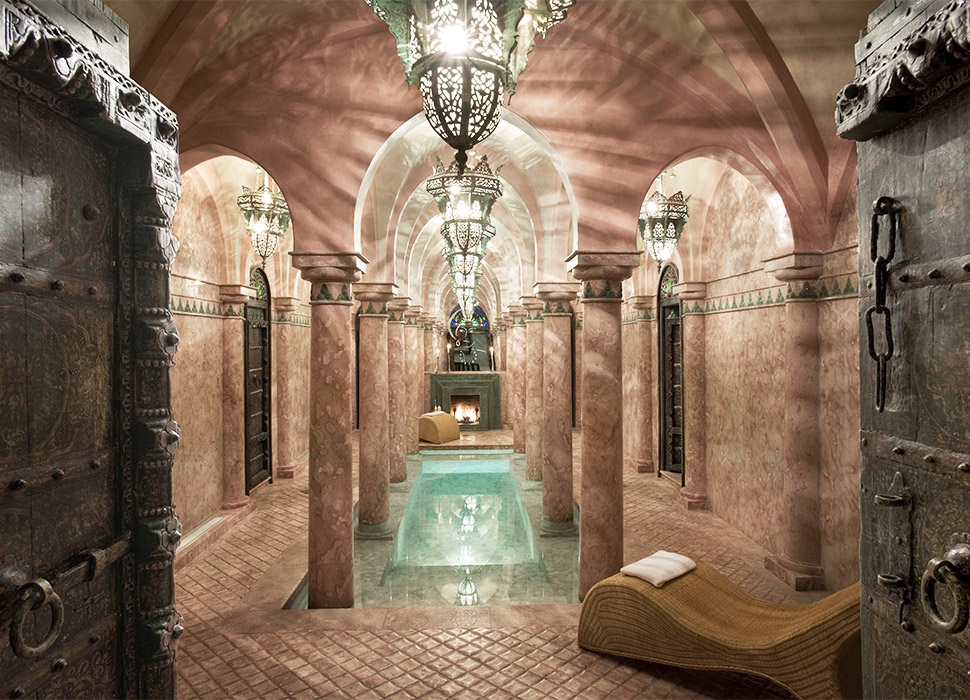 The hammam in this swish Medina hotel is one for the aesthetes: the enormous main spa room is hewn entirely out of pink marble, with a glowing aquamarine pool running down the centre. Numerous arches in the ceiling are adorned with Moroccan lamps, which cast refracted light beams across the room. The hammam ritual is also luxuriously stretched out between multiple rooms – this is no quick scrub-and-go job – so there’s ample time to enjoy the view. 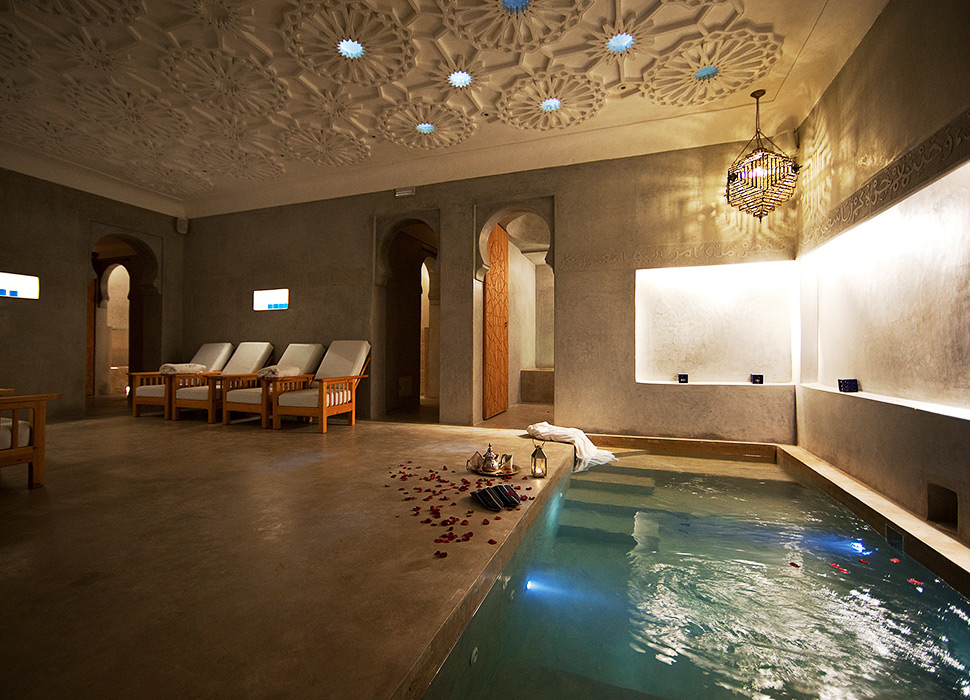 For those a bit nervous of the more authentic side of the Moroccan hammam – strip off, get covered in goop and be scrubbed to within an inch of your life – this is one of the more Westernised options that still comes in at a reasonable price (600 dirhams / £49 for an hour-and-a-half treatment). Disposable undies are provided, as well as more covering outfits should you take a dip in the spa pool or jacuzzi while there.

If you’re looking for proof of how all-pervasive hammaming is in Morocco – it’s one of five traditional elements found in every Medina neighbourhood, alongside bakeries and mosques – you’ll find it in one of the largest public hammams in Marrakech. It’s no frills, entry is 20 dirhams (£1.65) and black soap and mitts are purchased on-site for a DIY scrub in the spacious steam rooms. Bring a friend, or make one there, who'll be happy to give your back a scouring. If you’ve no pals (sorry), you can pay 120 dirhams (£9.90) to be scrubbed, oiled and poured some mint tea. 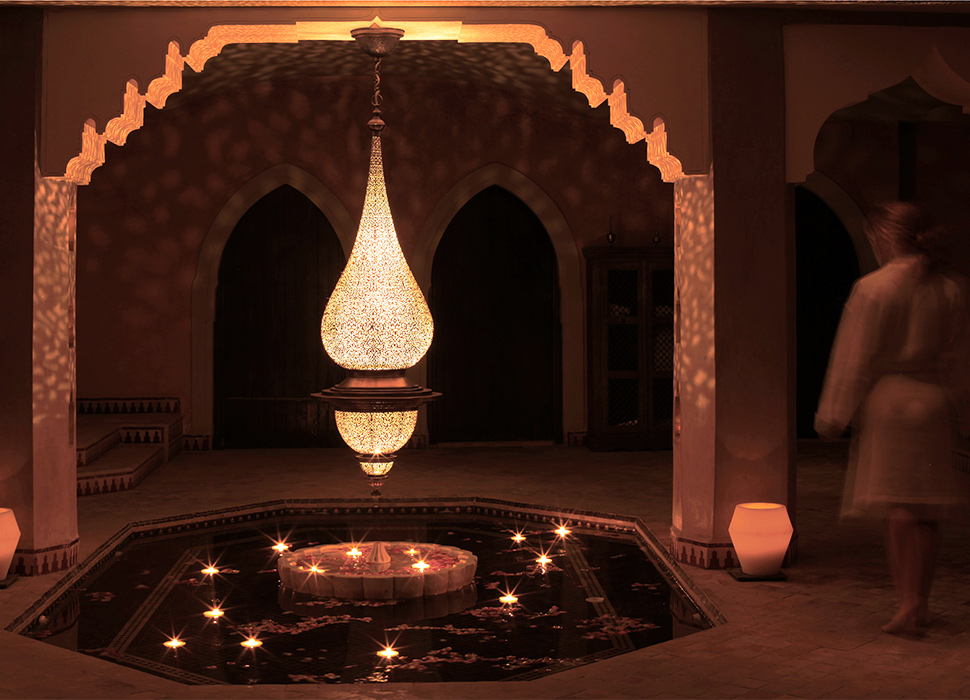 To find one of Marrakech’s best-kept hammam secrets, head to the basement of this riad hotel. Many come to La Maison Arabe to soak up its Casablanca-esque vibes at dinner in the poolside restaurant (the first guise of which opened in the 1940s), but fewer venture down below to strip off and sweat it out in the cavernous warmth of the spa’s tadelakt interiors. Highlights include choosing scented oils in the candlelit lounge and ordering cold beers to drink while stretched out on a daybed post-treatment. 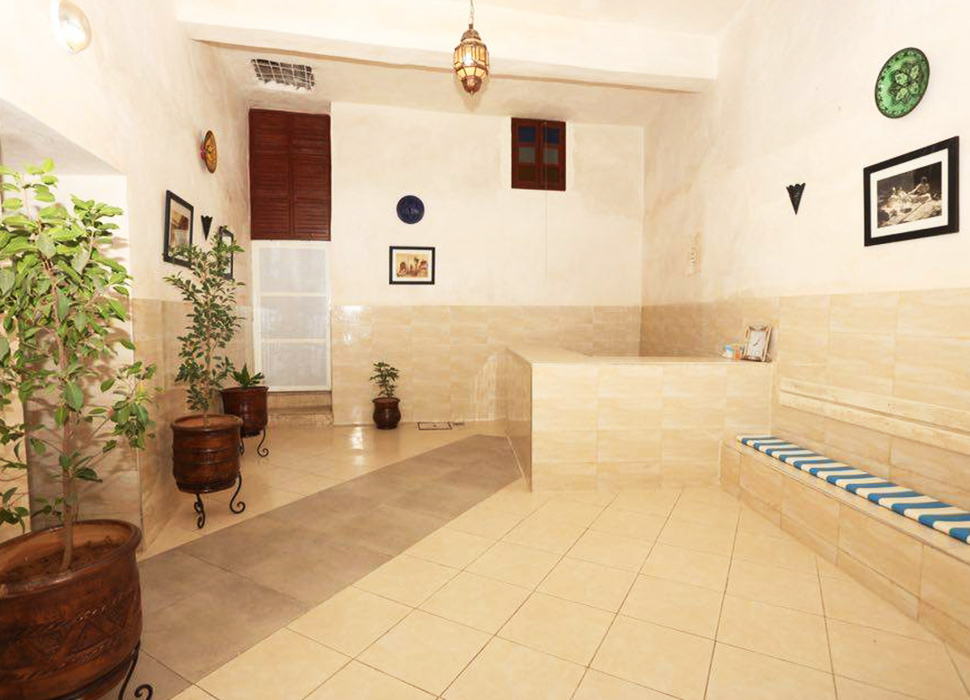 Marrakech’s oldest public hammam has been slathering customers in rhassoul mud and scrubbing them down since 1562. Enter, hand over 150 dirhams (£12) for a 45-minute treatment and prepare to leave cleaner than you ever thought possible. You’ll be one of the few tourists, but staff are cheerfully firm-handed no matter who you are. Or, just pay the 10 dirham (80p) entrance fee and do it yourself. Note, men and women enter separately; men via the marked archway by Mouassine Fountain, women through a signposted alleyway.